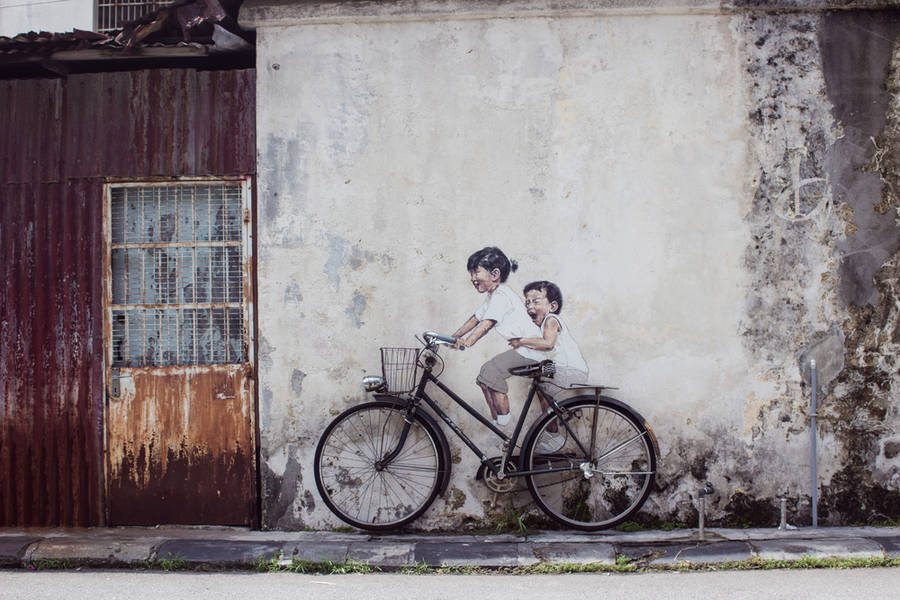 The Lithuanian street artist Ernest Zacharevic traveled to major cities like Lisbon, Atlanta, New York and Penang to show off his skill. Though Zacharevic is considered to be a street artist, he sees himself in the fine arts that chooses to paint in the streets. Through his two worlds, Ernest Zacharevic is able to combine the thick lines of spray paint with his skillful brushwork. The combination works towards showing that street art can earn a place in the fine art world. The two skills combine beautifully together in the childhood scenes that he captures along the walls. Different pieces that Zacharevic created over the past couple years has earned him social media acclaim from around the world. This is due to his balance of paint and using other elements on the building to add to the piece. Zacharevich will use holes, pipes and other features that seem insignificant, but to him become necessary components to his different artworks. Some of his popular pieces incorporate old bicycles or wheelbarrows as added elements to his installation. The viewer isn’t just taking in the scene of paint on a wall. Instead, they are viewing the building in its entirety and how it play into the overall message of the art installation.

The use of children as the main theme in all of his work shows the joy and innocence that his characters possess. Each playful scene featureing the childen doing different activities bring a sense of nostalgia about how fast time can go. There is an inevitable cloud that hangs over everyone that eventually childhood comes to an end and growing up is inevitable. 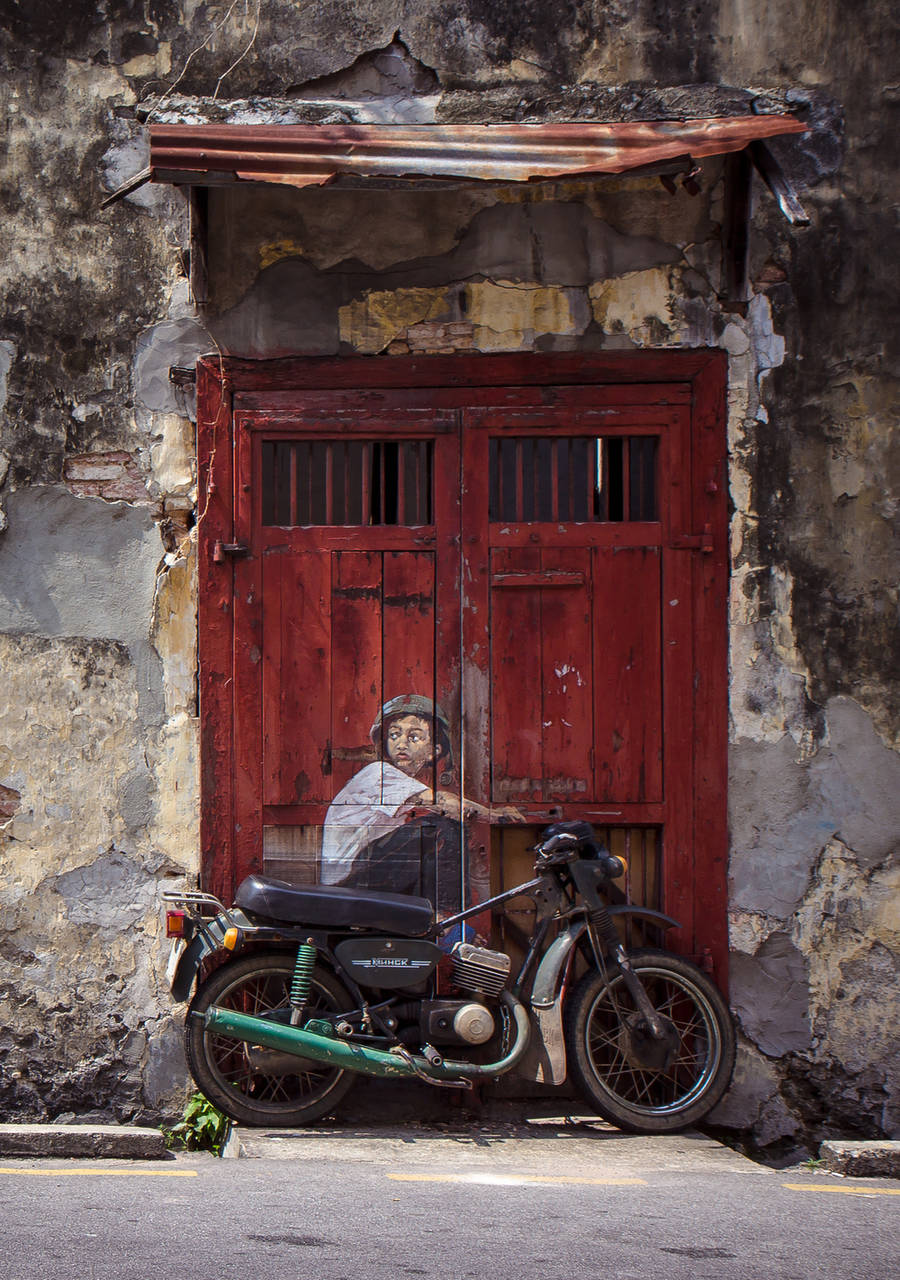 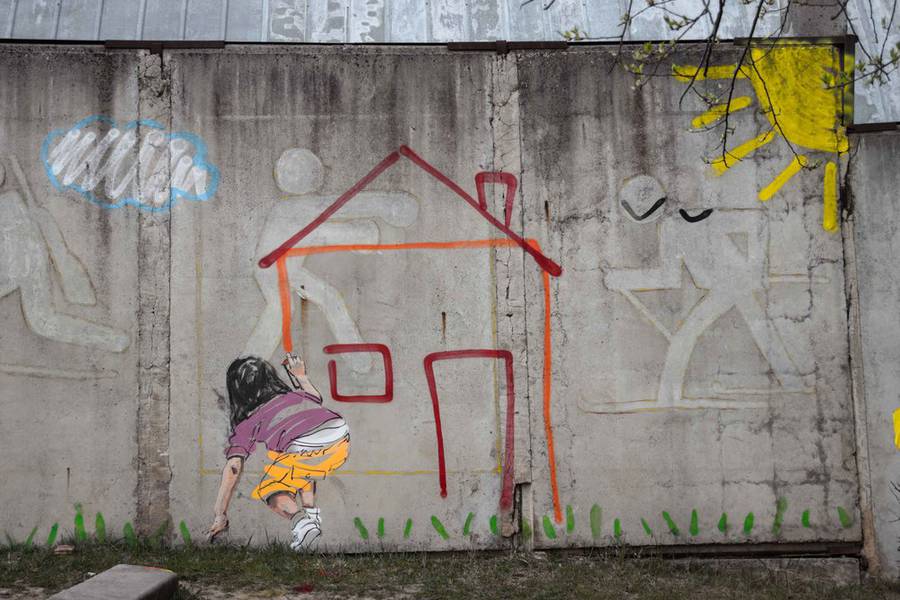 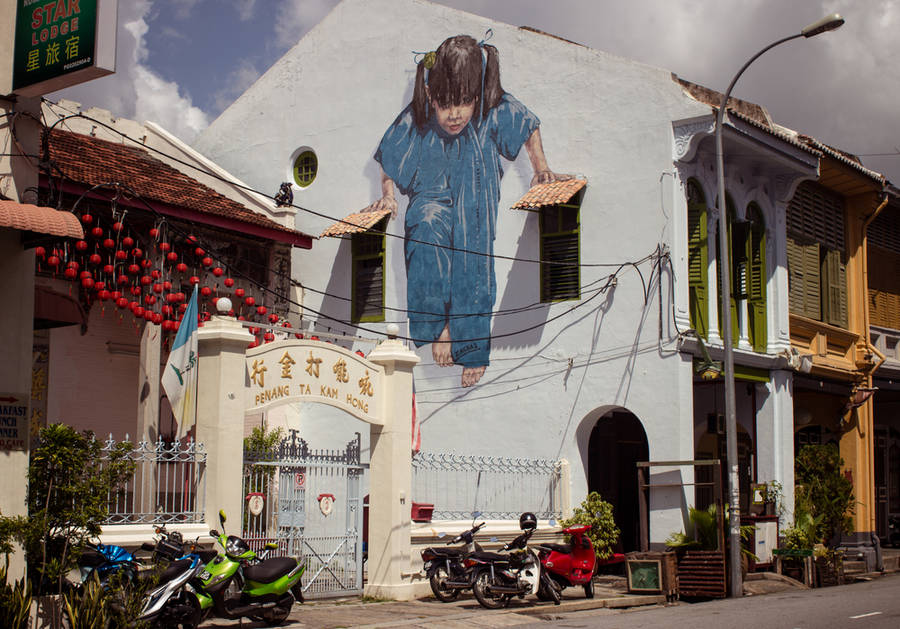 To view more of his work, go to http://www.ernestzacharevic.com