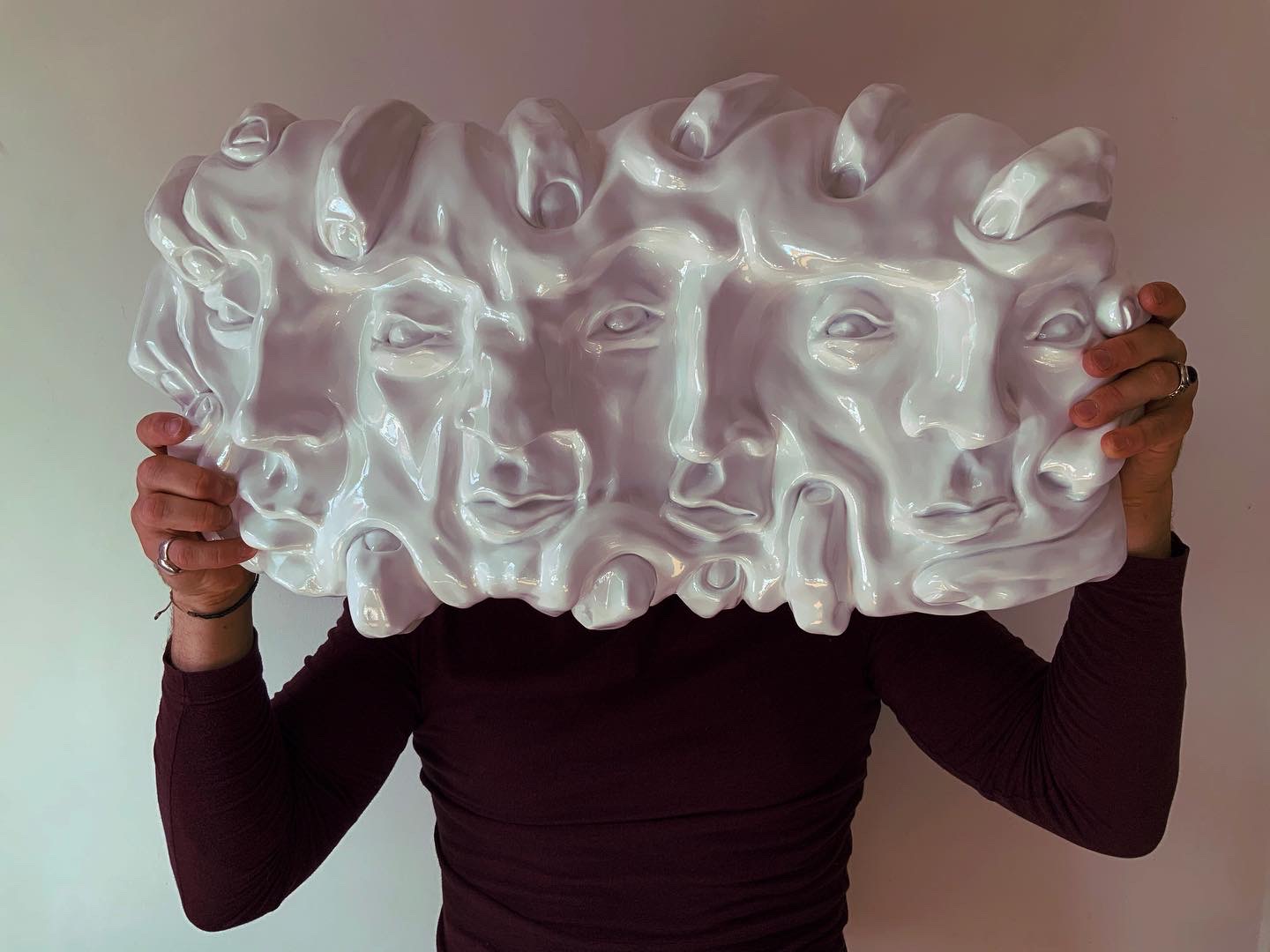 “To be an artist is a sacrifice”, discover French Artist YOL

From painting to sculpture, he knows how to do everything. Passed by several lifes, YOL has a style and a singular vision of the art.

Could you introduce yourself.
My name is YOL and I am a visual artist from Paris.

It is with my paternal grandparents that my artistic fiber in the drawing has developed. They taught me very young what they knew. I was not good at school and seeing that my grandmother decided to take the time necessary for me to assimilate the basics of drawing. My grandmother had a fascination for hands and draping. And so I spent a lot of time with her drawing the rags of the house and my right hand (because I am left-handed). 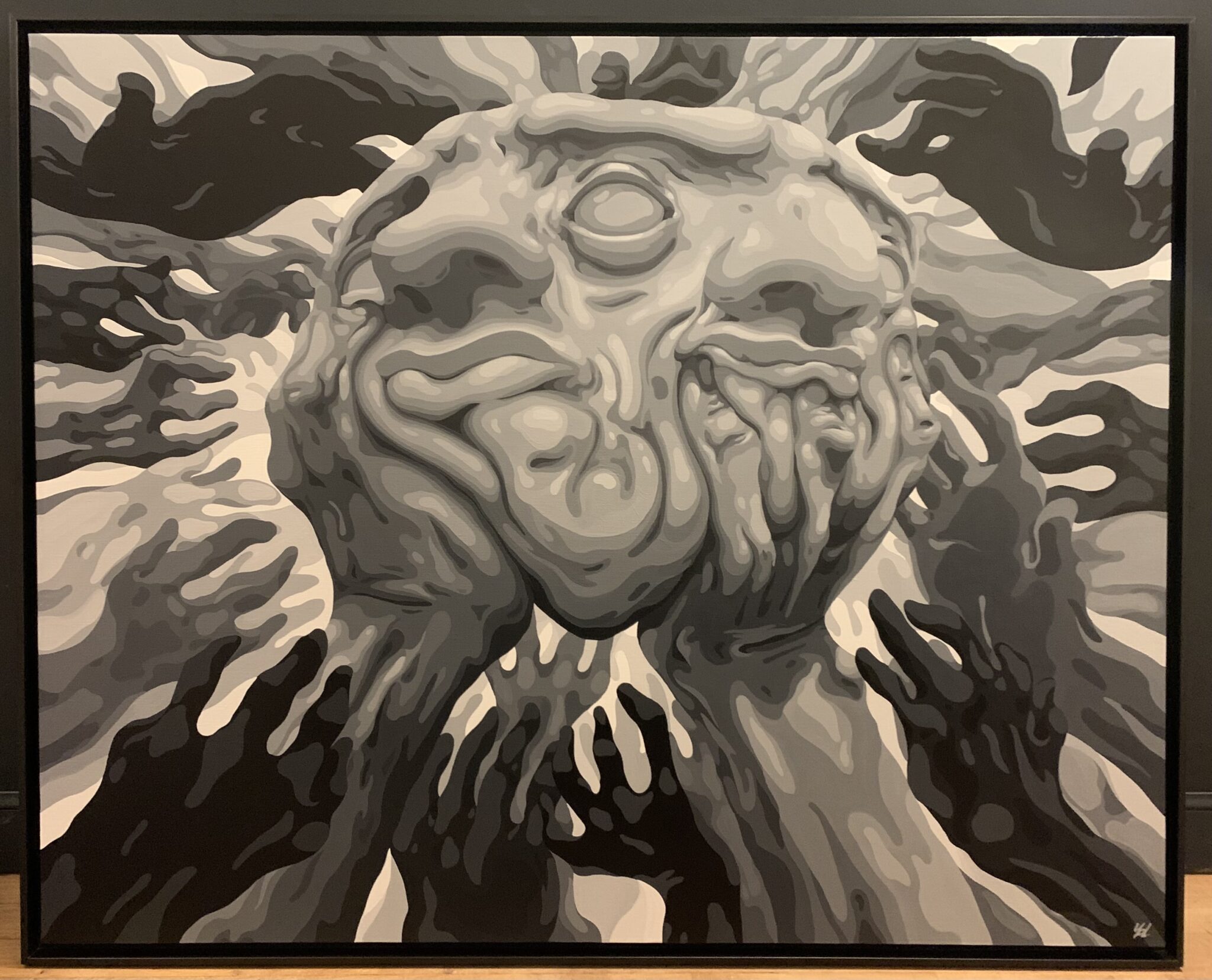 And after that you started painting?
Not really. After leaving the drawing in the leisure box, I lived several lives with each one a strong intensity, moving and violent sometimes.

From the army to the cinema, passing by the dark side of the street, I have seen and lived incredible experiences that mark a man for life. The cinema was the longest of the three which lasted almost 10 years. And it is for a role that I plunged back into drawing and what was new for me, painting. I had to play an artist and to impregnate myself with the role I gave myself 1 year to find a style that did not exist. The film was never made and I discovered my world and what would become my everyday life. 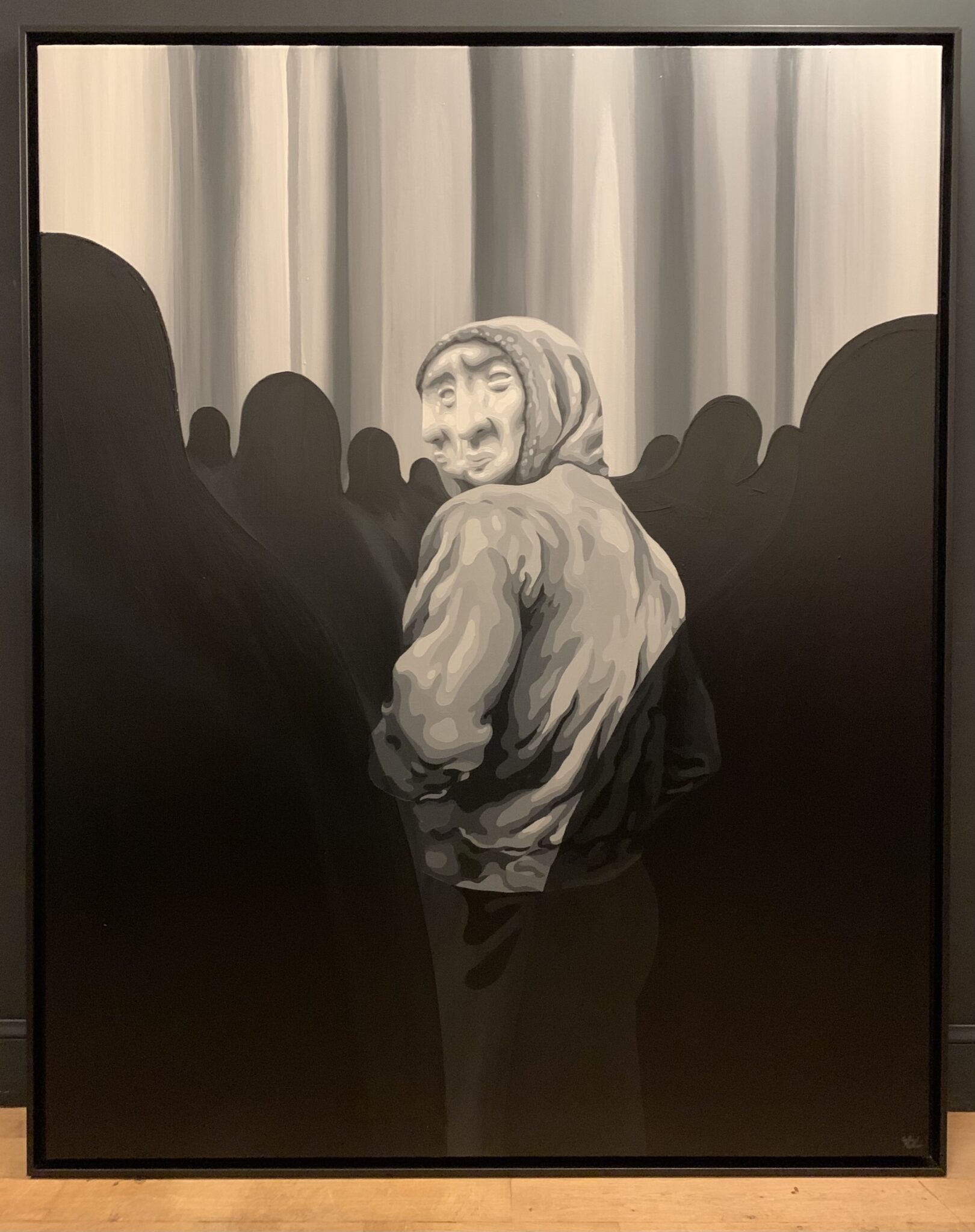 You were destined in a way.
Maybe, but it was not an easy path. And thanks to these experiences, I finally discovered my artistic style “the faceless” which is a tribute to my sculptor grandmother.

I was inspired by her universe to rework the faces that I mixed together. To give a feeling of a thousand faces united. Which is a way to show everyone and no one at the same time.

An expression never remains frozen on the face of a human. Rodin said that “the contour does not exist” For me the expression exists but changes as soon. Having these faces mixed together gives me the possibility to show several feelings at once for the same character.

After I made my first series of paintings, I was contacted by the Mariinsky theater in St. Petersburg to be the head designer. This adventure was going to be incredible. 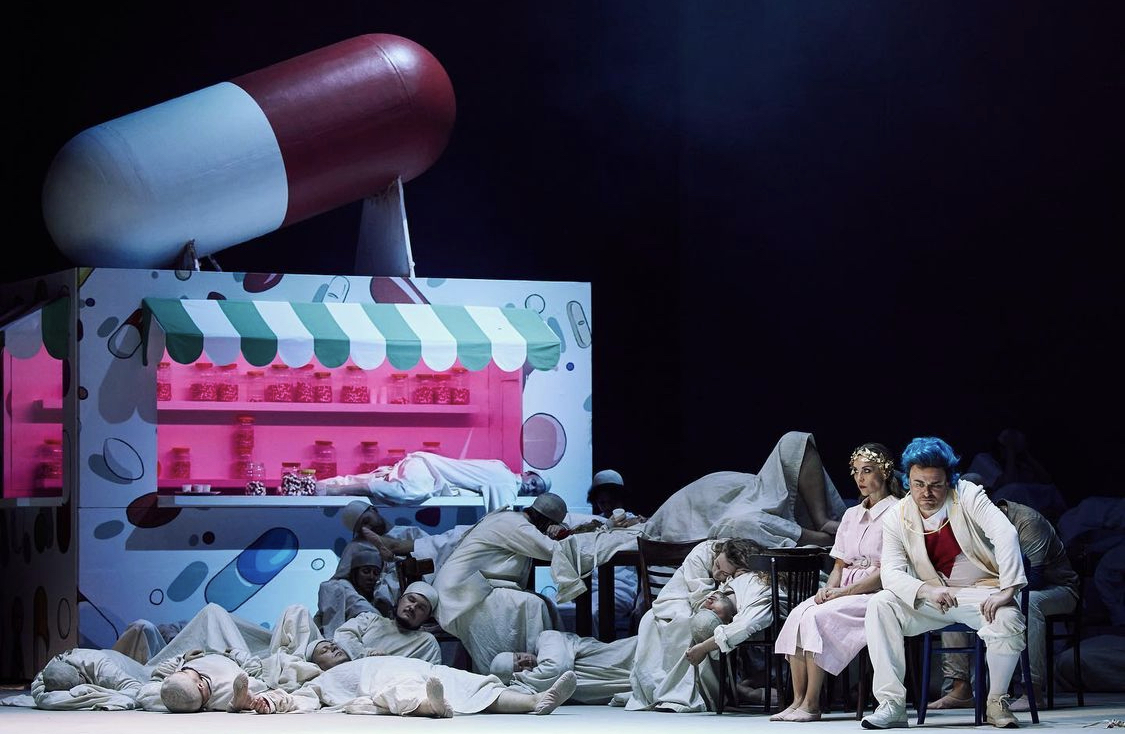 What is your vision of art ?

I don’t have a specific vision of art, I have a vision of the world that I transcribe through my art. Art is a medium for communicating a message, not an end in itself. A canvas in its most basic form is just a layer of fabric covered with paint. What is important is the message that is transmitted.

And what is your message?
I try as best I can to paint my vision of the world, in its darkness or its beauty. My faceless people are the focal point of my paintings. They are everything and nothing at the same time, they can represent nature and men in the same plant if I want.
My vision of art is quite strict, for me art is called “art” when in front of us we have a work whatsoever, sculpture, abstract, figurative etc. that this work is a research purpose. It is so easy to find an explanation to everything if we want it.
What I try to say is that the art is important, it is the spearhead of the direction of the men. The history of art and especially that of colors (Michel Pastoureau) shows us how colors have influenced artists and artists have influenced life and vice versa.

Art symbolizes an achieved reflection. A painter must learn from his elders to understand the way. You does not become an artist because you know how to draw the tree across the street.
To be an artist is a sacrifice of life, it is to learn every day in its corner and especially to know to judge itself its work and its errors.

As the great Hayao Miyazaki said so well “when you make a mistake you have to start over”. 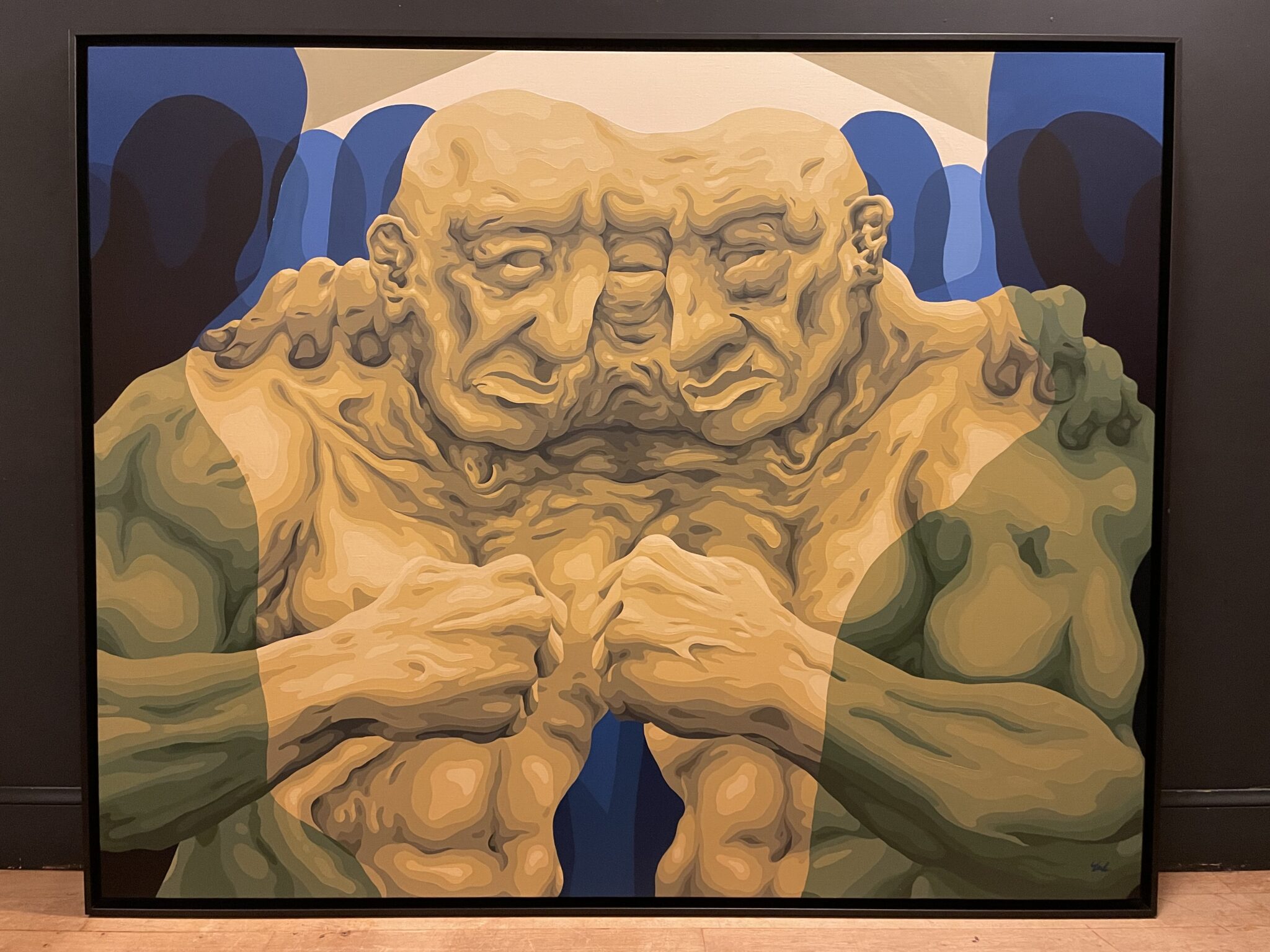