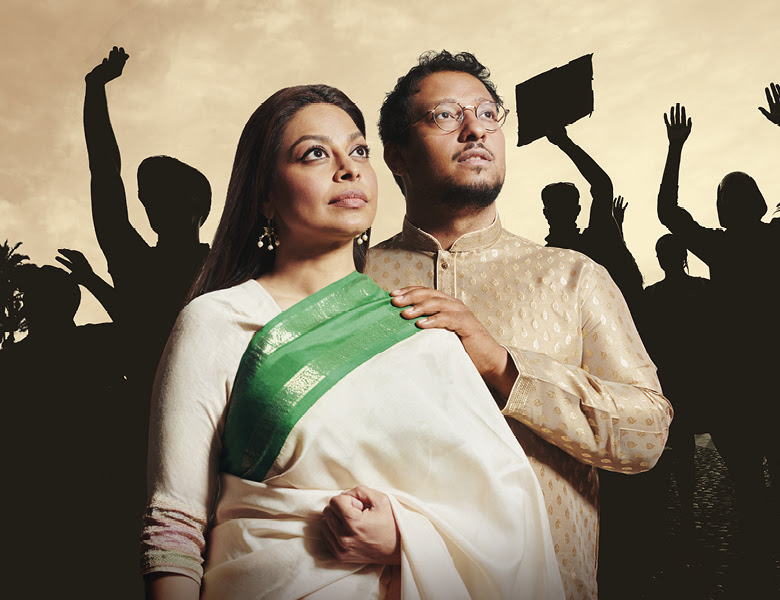 The Young Vic today announces the complete cast and creative team for the world premiere of Chasing Hares, a new play by award-winning playwright Sonali Bhattacharyya (Two Billion Beats) and directed by Milli Bhatia (seven methods of killing kylie jenner). The play, set between the UK and West Bengal, considers the power of storytelling in the struggle for a fairer world.

Ayesha Dharker (The Father, The Father and The Assassin) plays Chellam, with Zainab Hasan (The Welkin, Lotus Beauty) as Kajol, Scott Karim (Dracula, The Invisible Hand) as Devesh, Saroja-Lily Ratnavel (Bravo Two Charlies, Electric Rosary) as Amba and Irfan Shamji (The Ipcress File, Hamlet) as Prab, in this tale of resistance and dignity in the face of global exploitation.

By day machine operator Prab struggles to survive the precarity and brutality of his factory job in West Bengal, by night he writes stories for his baby daughter Amba. When a popular actress recruits him to write a play for her, Prab seizes the opportunity to expose the injustice of factory conditions and the rumors of child exploitation. But in his fight for change, is he ready to risk his future, his family and even his own life?