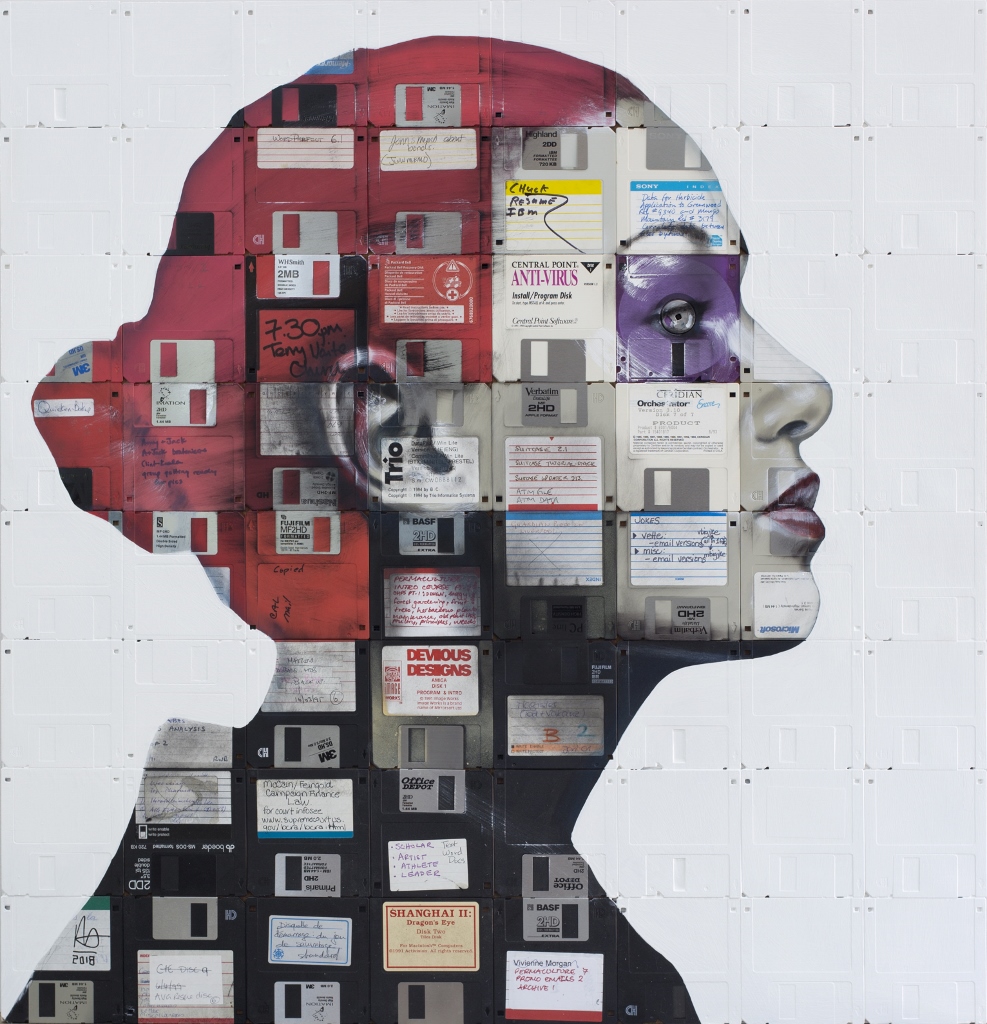 The exhibition will feature Nick Gentry’s portraits of women painted onto floppy disks and fragmented CDs. The once iconic and recognisable forms (CDs) are shattered into thousands of tiny fragments. The resin glues the segments together and suspends these pieces in a holographic freeze-frame of time. Nick uses obsolete materials to put them back in the spotlight, so we can comprehend how quickly technology is progressing. Nick Gentry’s materials are sourced directly from members of the public in a ‘social art’ project. This open working practice is a fundamental starting point of each of his new works and allows for shared histories to become part of a collective identity.

Seo’s sculptures deliver epic narrations of humanity and modernity where stories are only inferred by the mere expressions of their bodies rather than the context of their surroundings. Seo’s work is mainly concerned with the fragmented world we live in, especially capturing the anxieties of the younger generation. 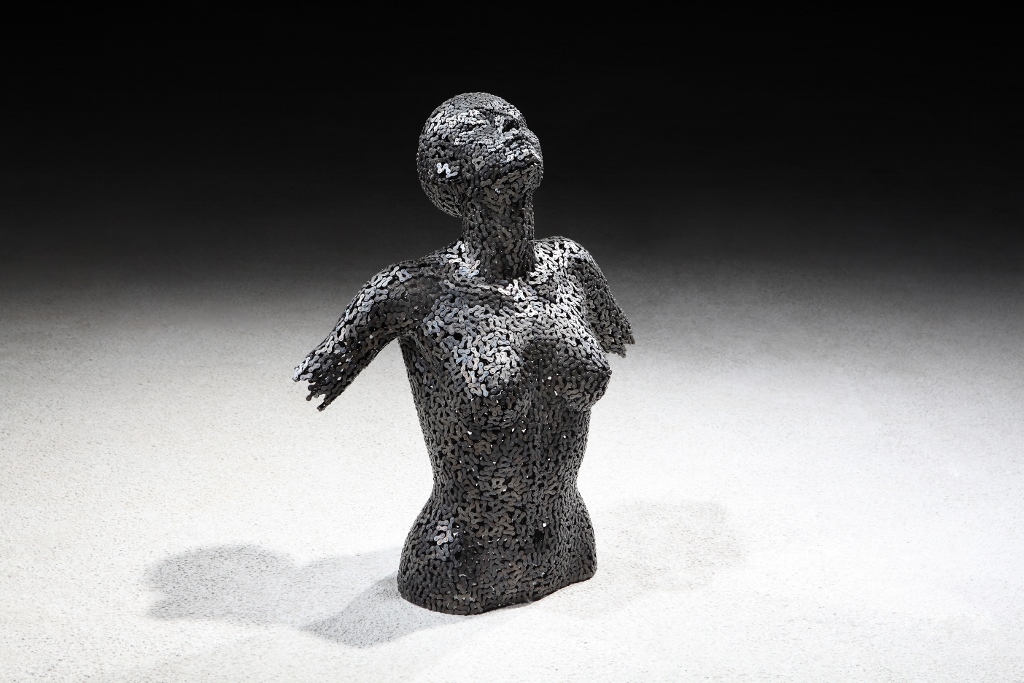 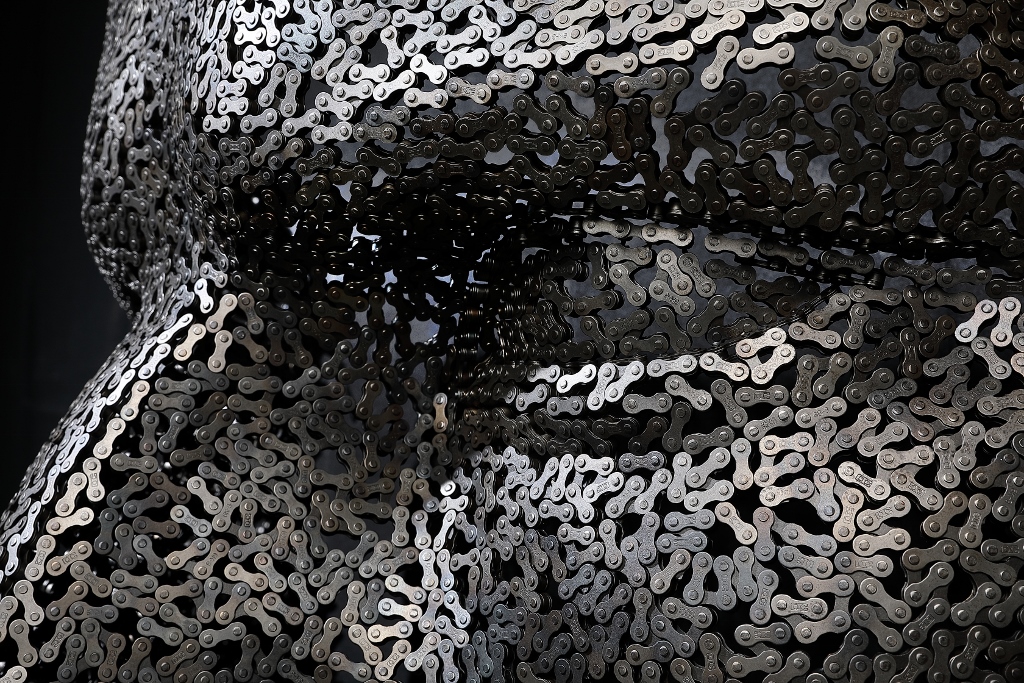 This is embodied in a series of sculptures with torn limbs and viscerally burned human torsos that reflects the pain, suffering and decay from the experience of his family’s generation working in Korea’s industrialization era. Seo’s use of iron bicycle chains is a link to the material that has been critical to the development of the modern world and Korea’s manufacturing industry.