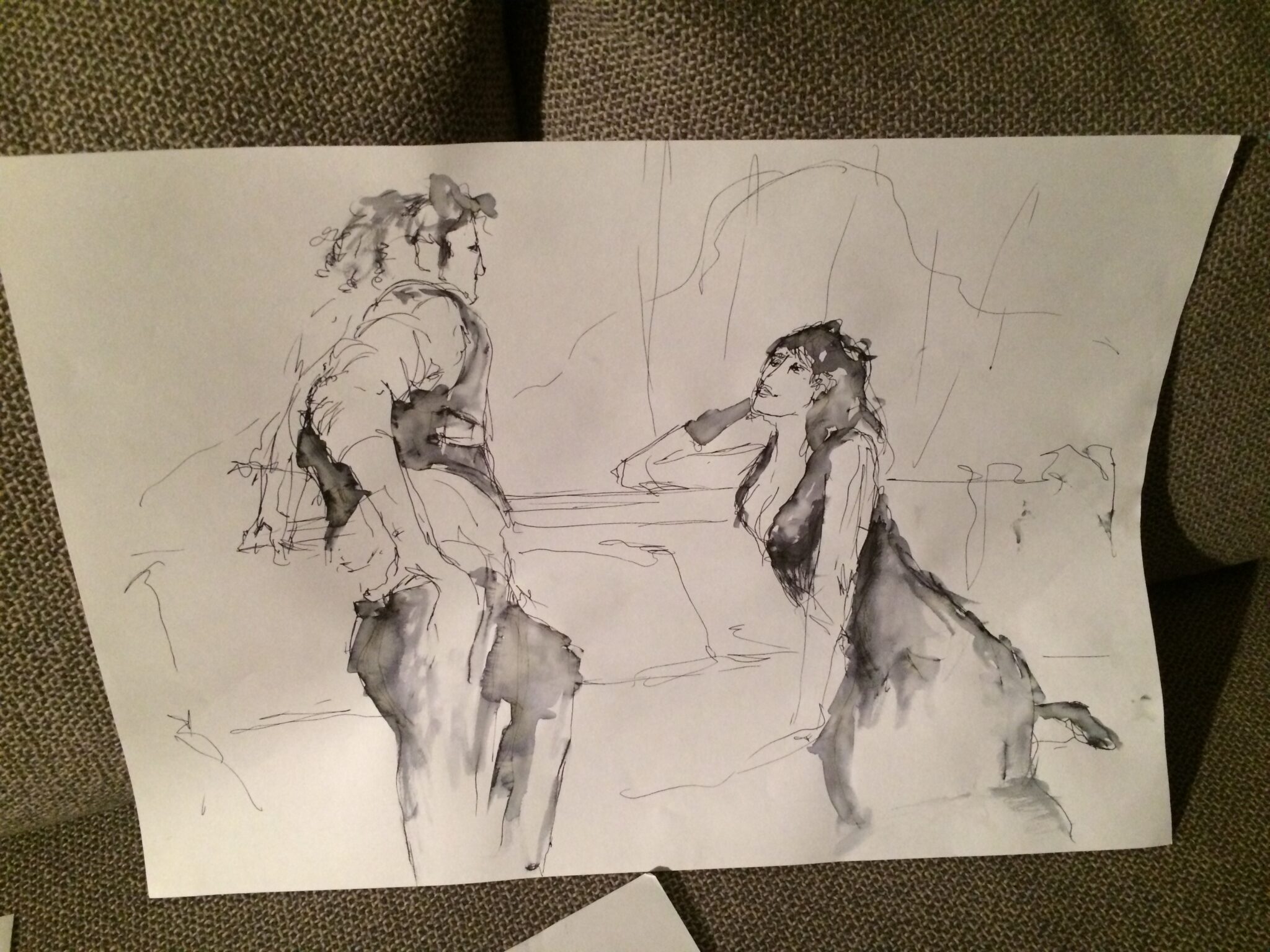 Past the lobby and up the lift leads to a haunting realm of mystery in the South Place Hotel. A story of murder and seduction that has cursed the hotel comes to life. The tale unfolds in front of guests sipping on fanciful cocktails and lounging on living room–style couches — pencils and markers in hand.

The SPIES Society of London embraced the spirit of Halloween and creative arts with their ‘Art Macabre: Creative “Death Drawing” Salon’. SPIES Society focuses on fashion, arts and culture within London and holds different events during the week — but with a creative twist. Cocktail tastings are mixed with card tricks, or in the case of Art Macabre, drawing lessons are integrated with live storytelling. 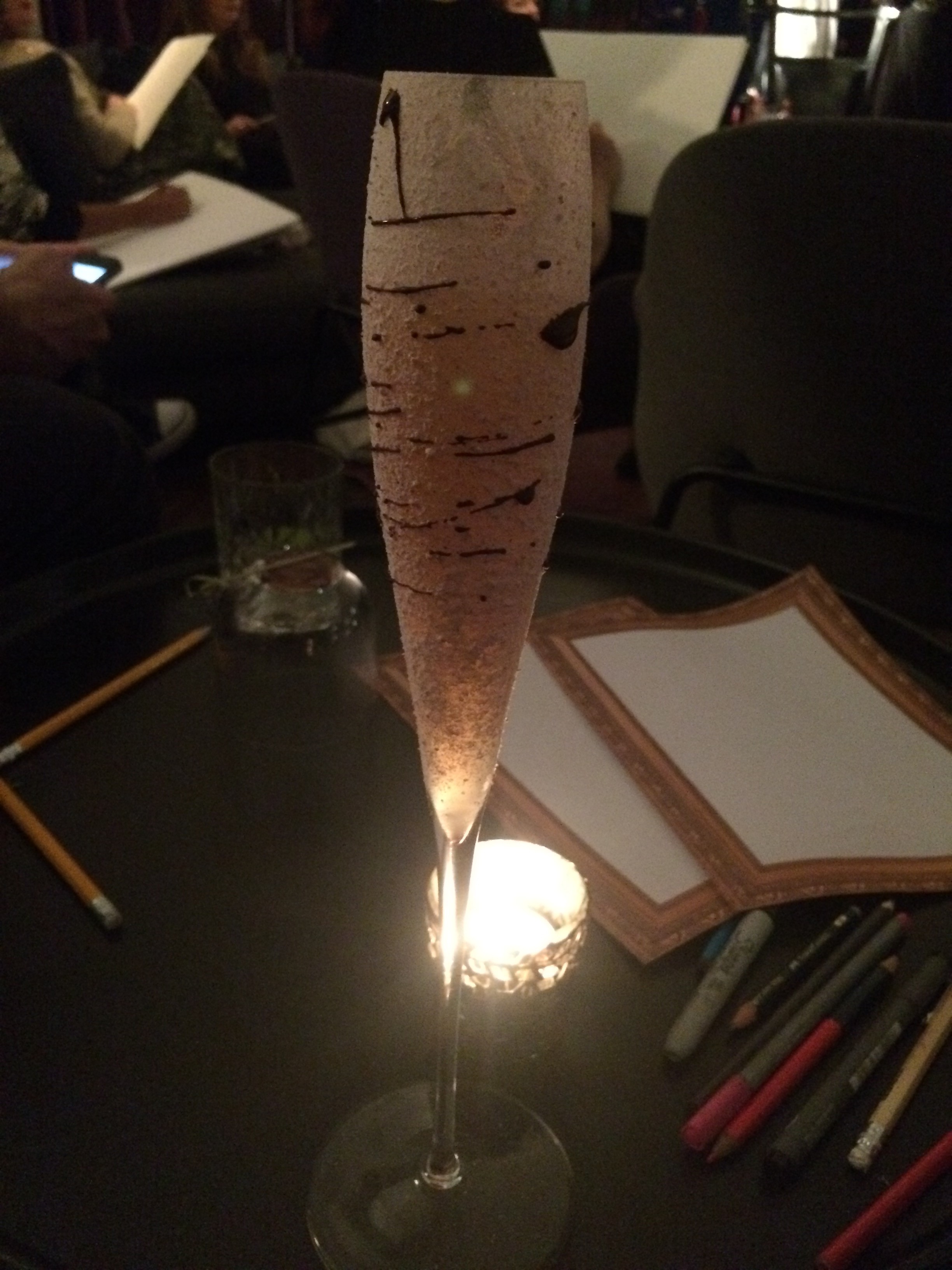 ‘[SPIES] is more about coming to have fun,’ Juliana De Angelis of SPIES said. ‘It’s sort of taking your tie off after 6 o’clock, relaxing and partying’.

For Death Drawing, Halloween was met with a sense of innovation. The story began with Roxie, a longtime receptionist of South Place Hotel, recounting the tale of Vespa Vampira and detective Arthur Ernest. Vespa checks in, only left to be interrogated by Arthur regarding the decapitation of a townsperson. Their interaction lasts into the night where seduction takes over and a cliffhanger sets in. Vespa never checks out of the hotel.‘To be continued,’ so the story goes as Vespa drops her glass of wine. 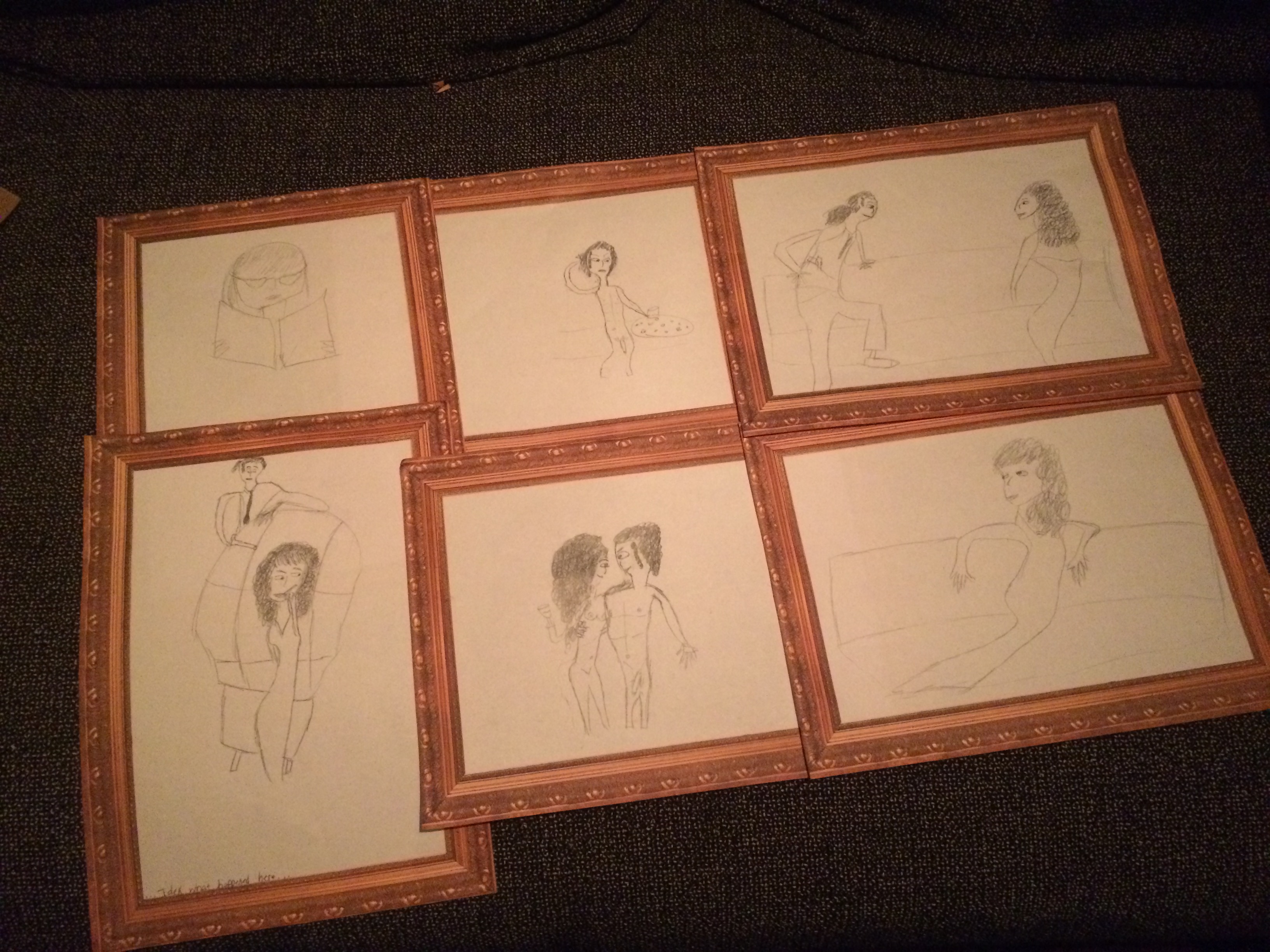 ‘The idea is you get people talking together and discussing different themes,’ De Angelis said.

As the evening continued on, guests drafted what they saw before them. They were given between three- and 15-minute intervals to draw the poses of the three characters. Some were portrait style, others landscape. Results varied from person to person. 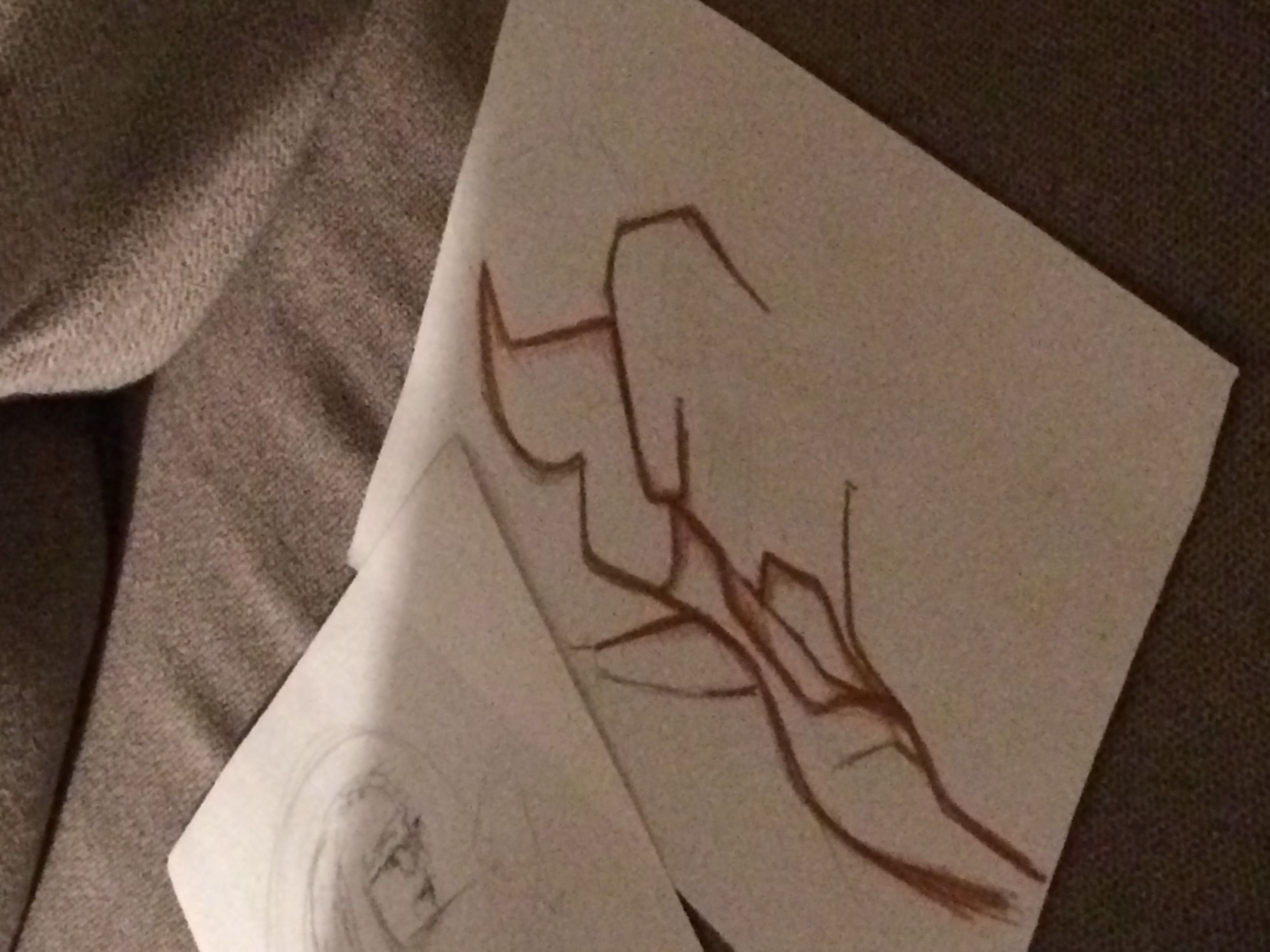 Once the story came to a close, the guests were invited to share their work in the ‘gallery,’ i.e., everyone placed their work in the front of the room. The floor opened for conversations between friends and strangers as they explained their styles and artistic choices. What seemed like meaningless strokes on paper led to full-length discussions. 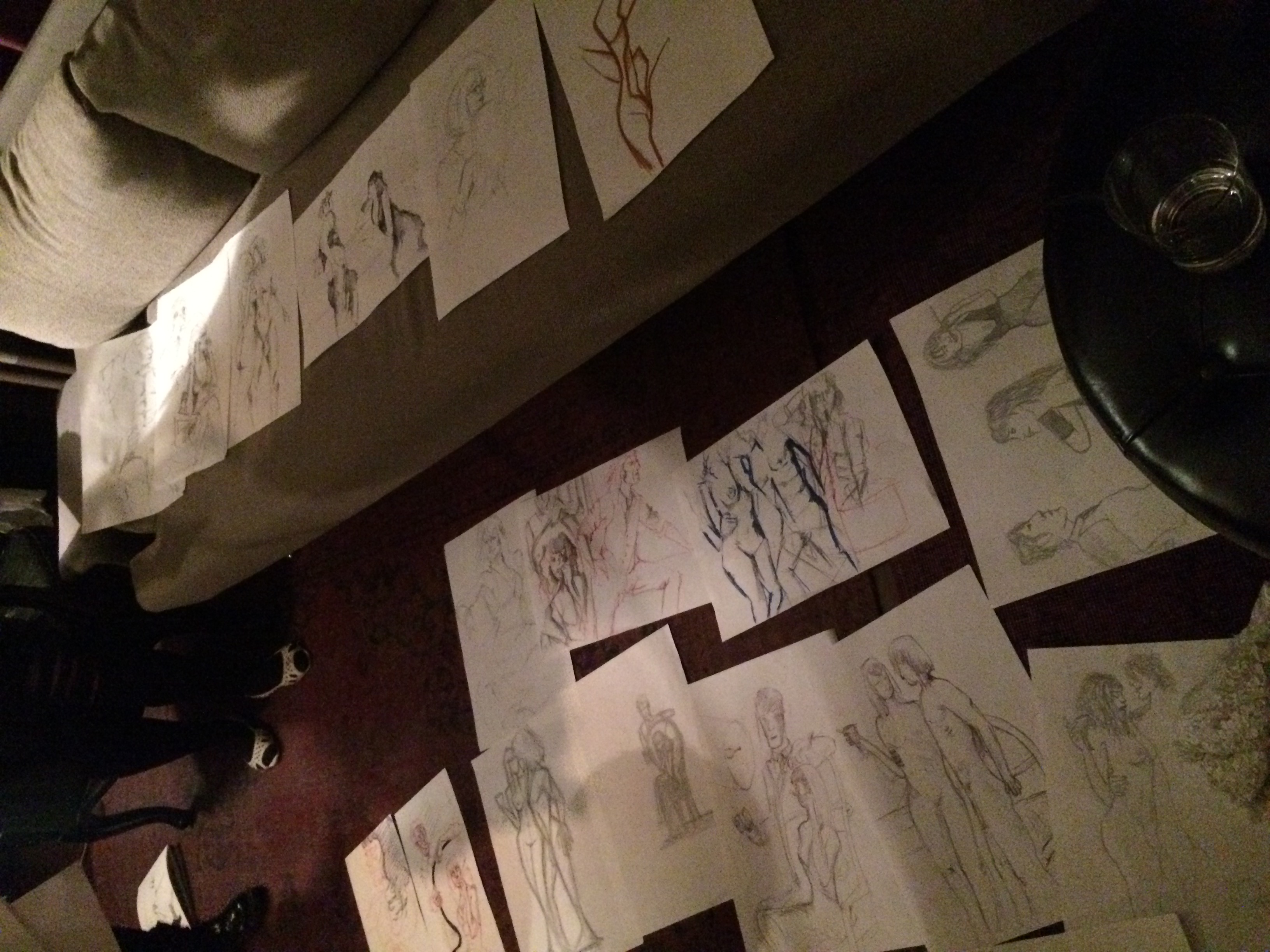 ‘A few people just said, “I’ll have a go,” and it just goes to prove everyone has their own style,’ De Angelis continued. ‘It was interesting to see everyone’s own style and the way they perceived things … and invented their own stories out of it.’ 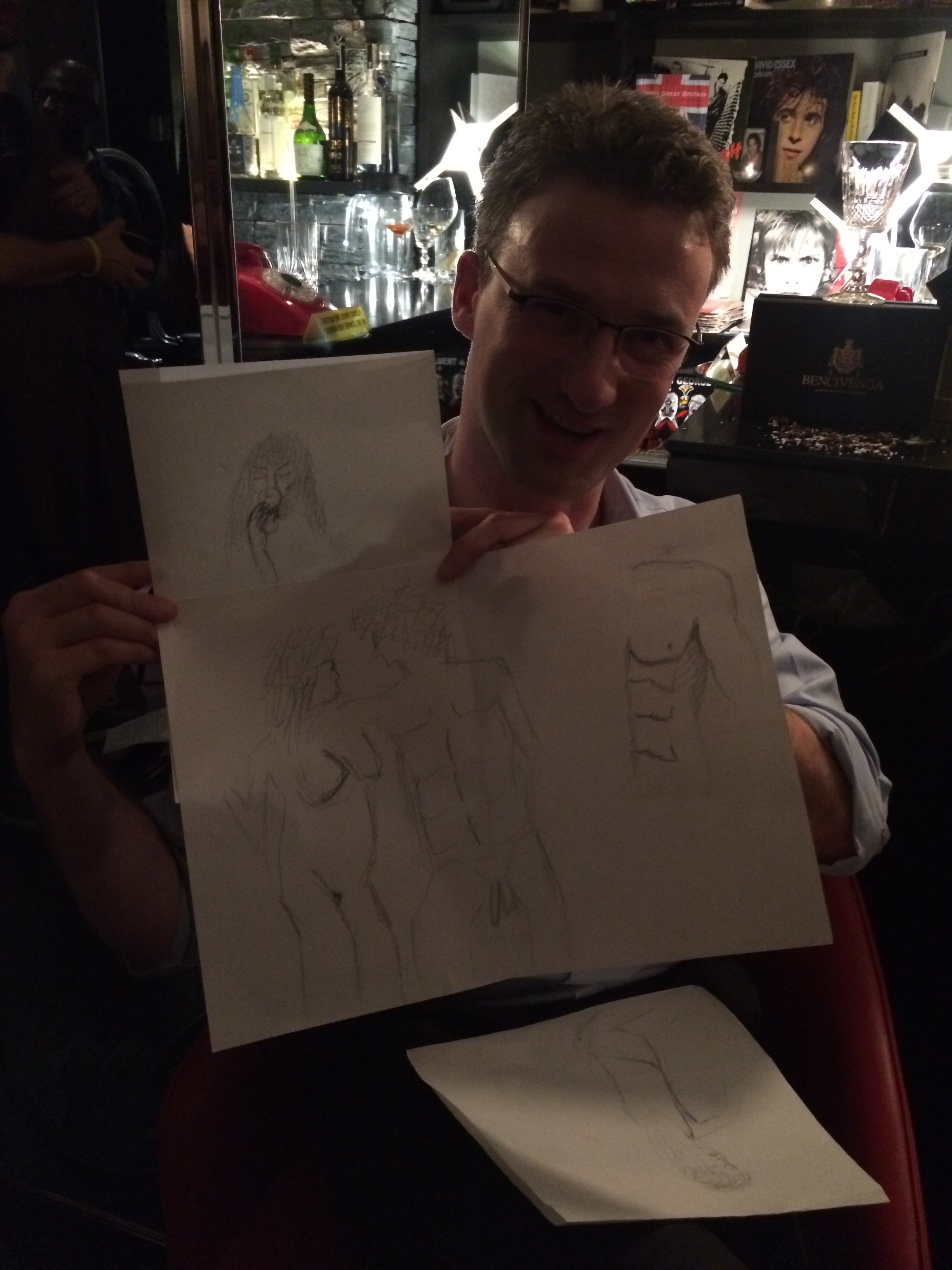 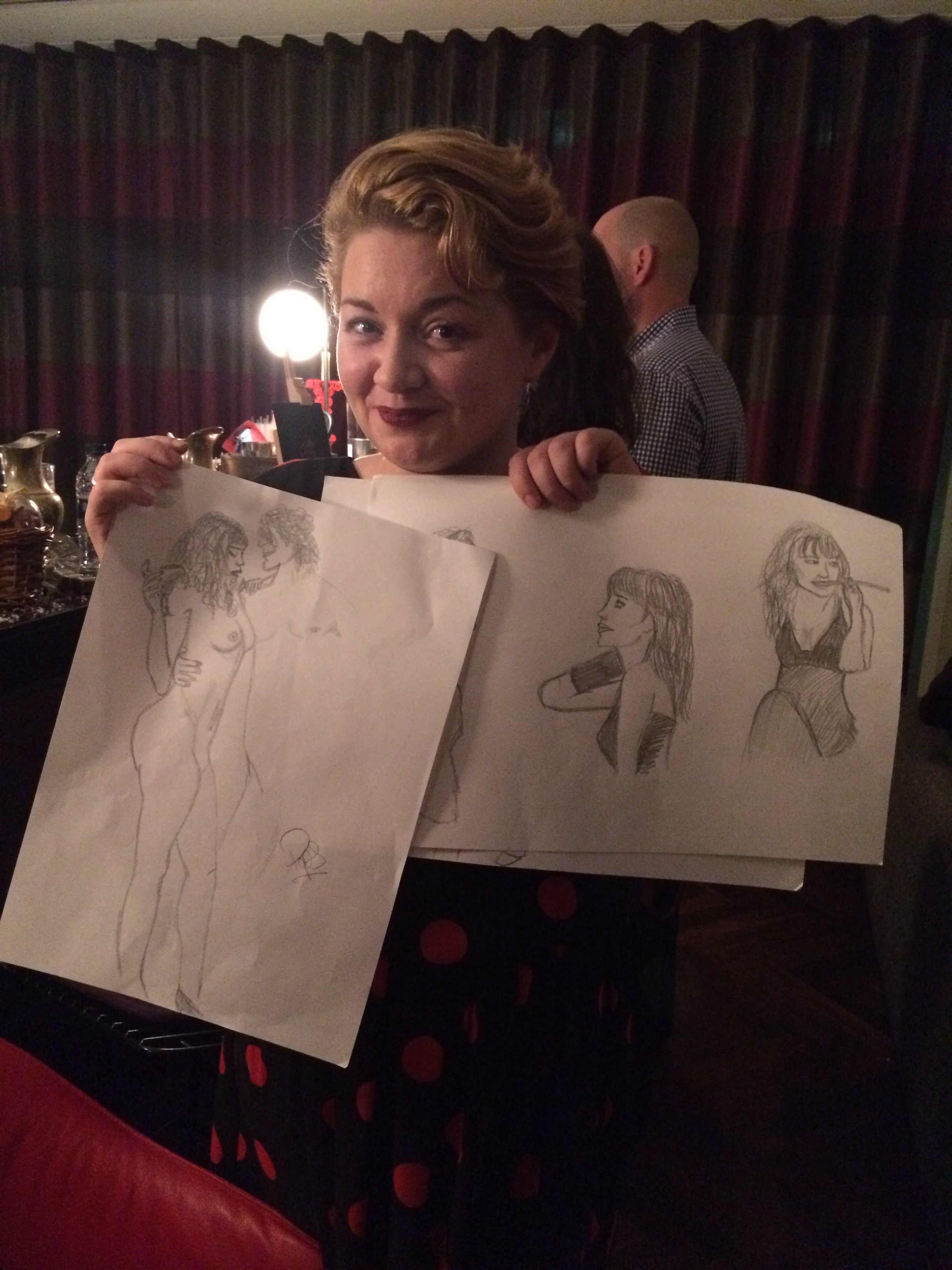