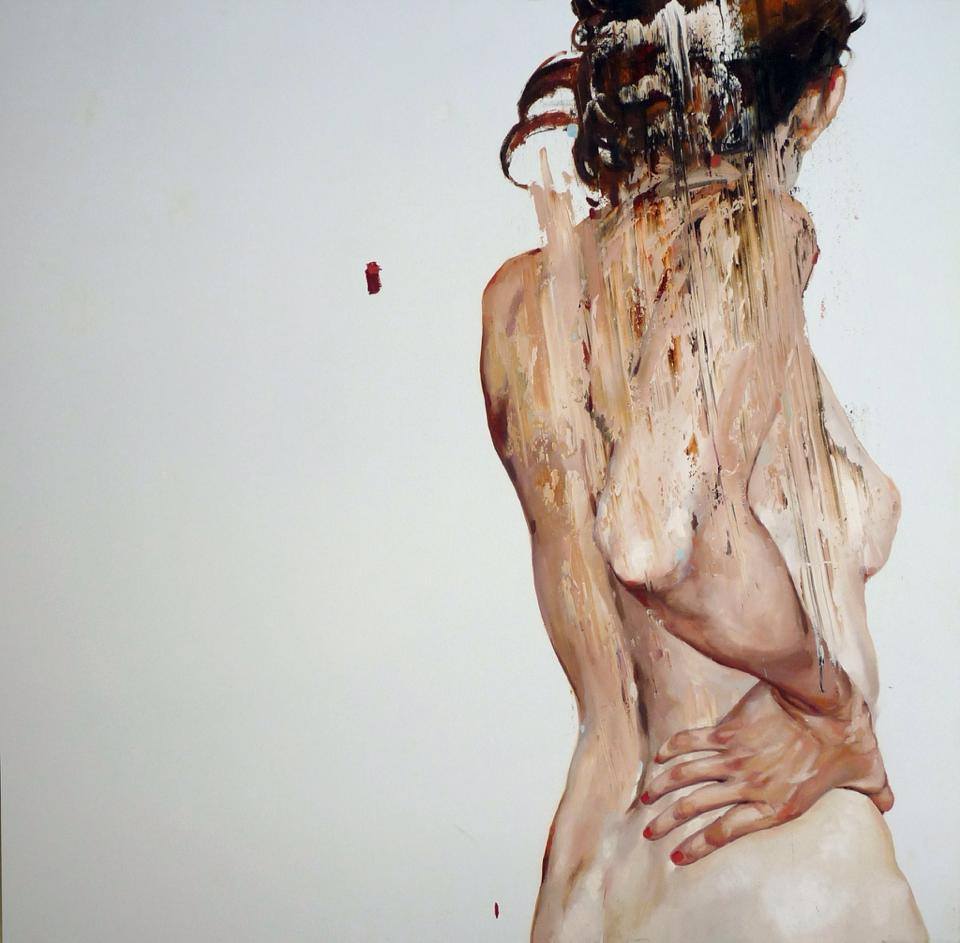 With his routes in Colombia and the son of a surgeon, artist Cesar Biojo had swapped his idea of becoming a chemist in for a paint brush when entering college at Florida State University. Focusing on imperfections in human nature, Biojo creates idealistic paintings that are more or less “perfect” but then working through a creative process to “destroy” such works. By techniques such as adding blobs of paint or smearing what is before him, the works created give way to the imperfections existent in all humans. This inspiration dates back to his early college years, when a teacher told him to allow failure and play.

Like many artists, Biojo began to loose inspiration for painting after the work became his livelihood. Following his move to Barcelona to work towards a PhD in fine arts, he realized he needed to work with passion, as “when you work with passion, there is not failure that can stop you.” With this, he began to follow that teacher’s advise and let himself play with his art. His artistic technique developed by complete mistake, following his scraping off of an image he was displeased with. The final product was of a woman who had been there, but was no longer as he morphed the image to reflect his thinking. “This person has conflict, this person will suffer at some point,” Biojo said in his TED talk, as the concept inspires his work by adding mistakes and failures to the previously “perfect” work. “The expert is the one who tells you how you can do things and how you cant do things. The creative person is the one who says ‘Hey, what if we try it in a different way?'” Through such creative process, Biojo’s paintings allude to the imperfections in human nature and tell compelling stories of each individuals failures. 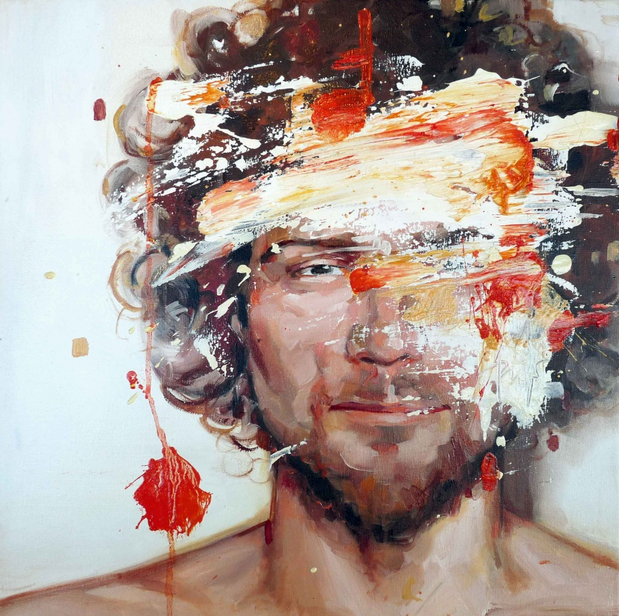 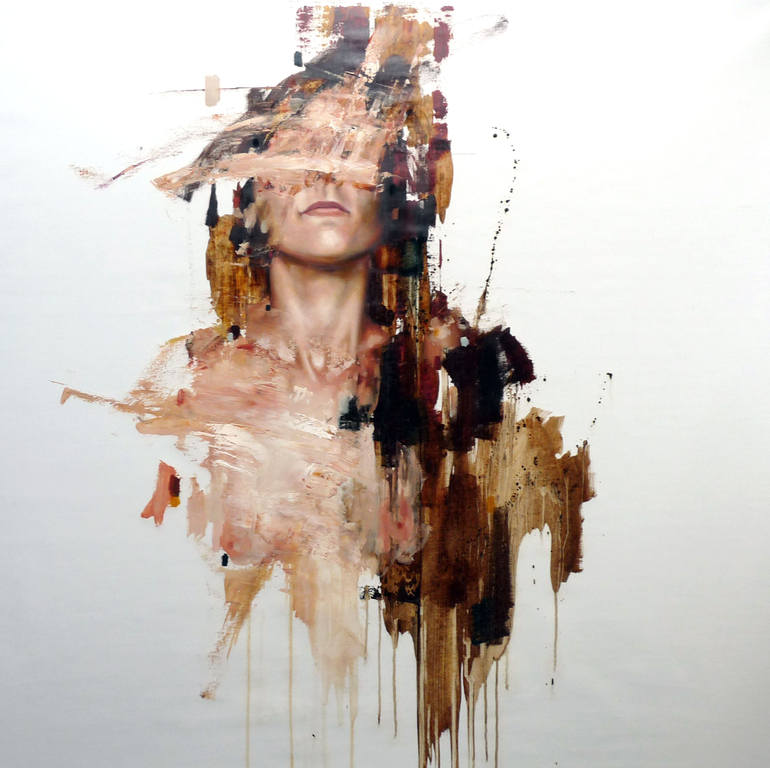 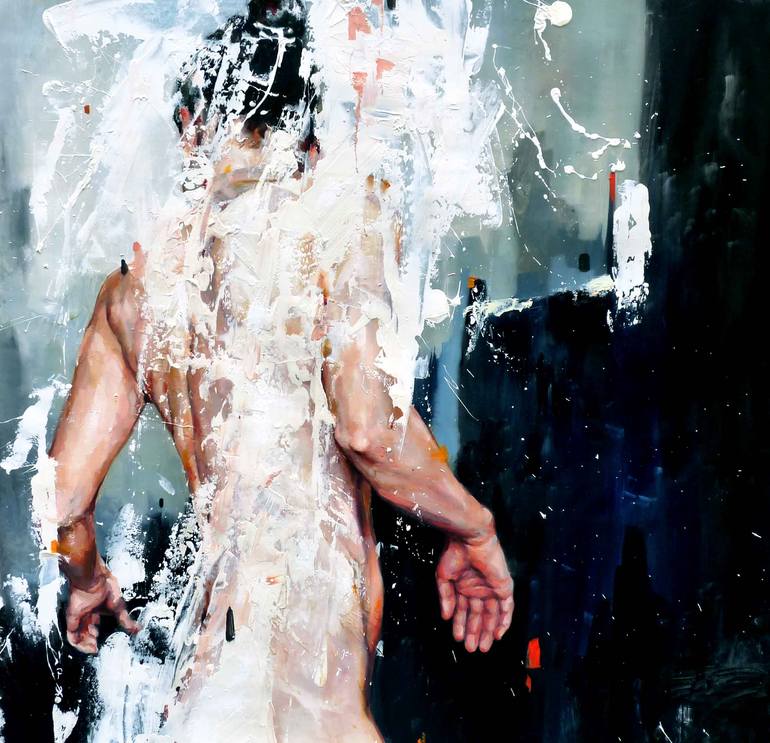 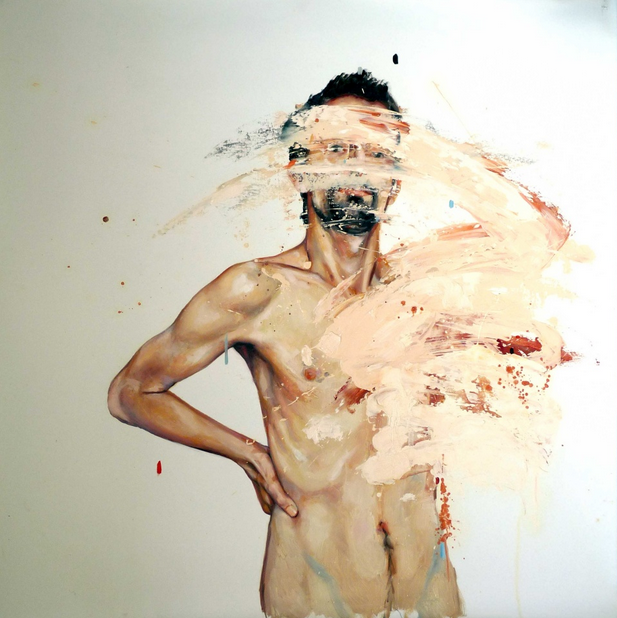 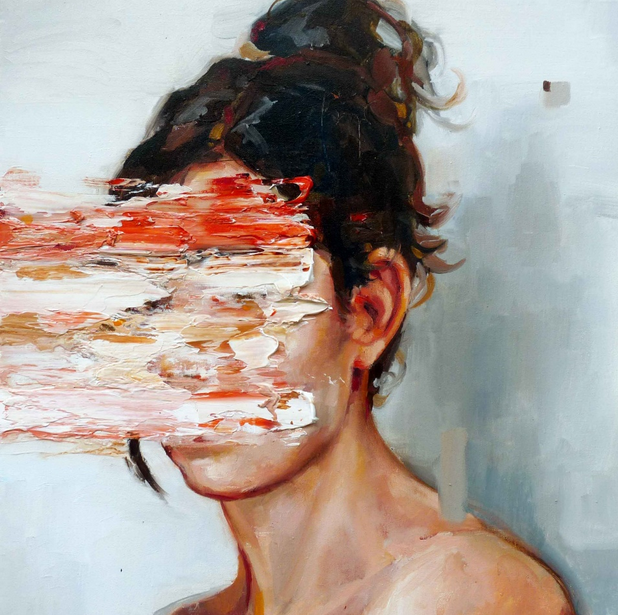