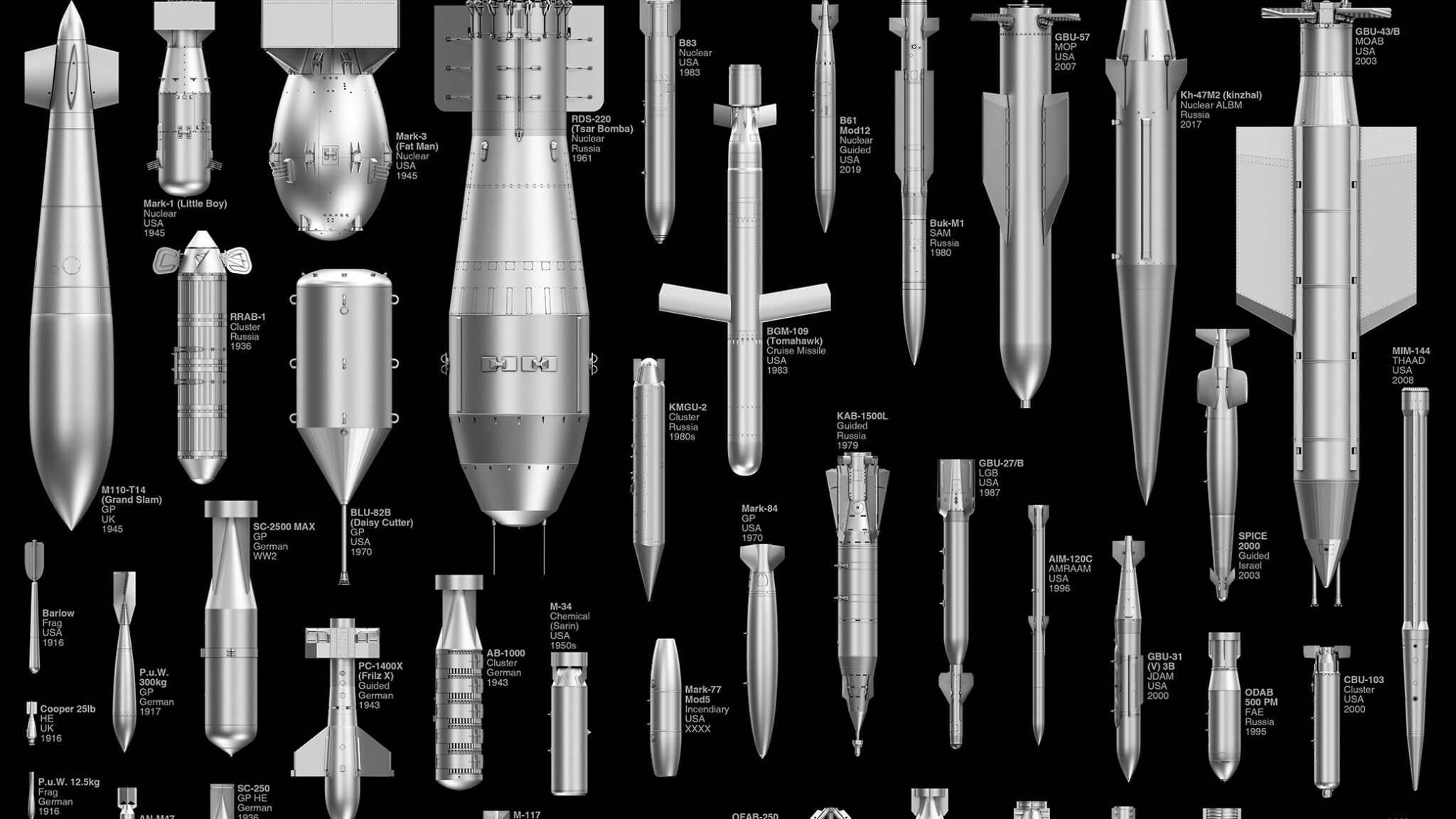 Guests walking across the Imperial War Museum are striding over decades of some of the world’s most violent history. Across the floor you can spot Tsar Bomba, Little Boy, Fat Man, and the Daisy Cutter just to name a few.

These bombs were methodically drawn out to scale, and look eerily pristine. It’s as if their shining silver exterior is trying to somehow remedy the sheer destructive power bound inside. Artist and activist Ai Weiwei brought this shocking reminder of our ability to destroy ourselves while parts of the world are still struggling to combat COVID-19, another adversary that threatens destruction. 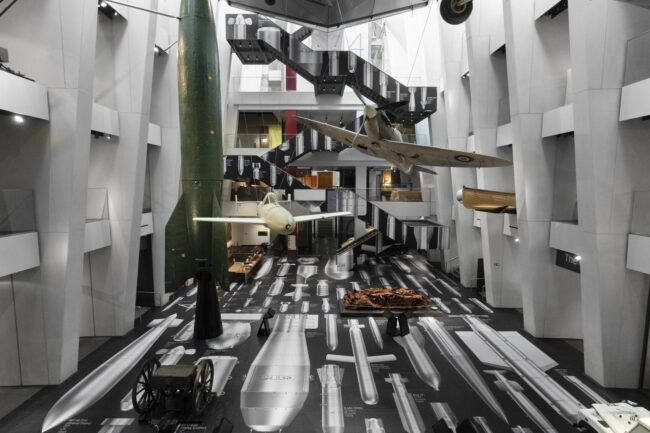 Ai’s new exhibit covers the main floor of the museum, and snakes up a neighbouring staircase. The textbook-like depictions of the bombs range from smaller missiles to huge weapons of mass destruction. There are examples of some of the earliest bombs, bombs that were only ever used in test runs, and bombs that are still actively used today. It looks dangerous, having so many decades of firepower underneath your feet.

The most powerful one on display is the Tsar Bomba. The Russian explosive was only used once in a trial run over the Barents Sea during the Cold War. The shock wave broke windows in Finland and Norway, around 600 miles away from the blast according to Slate.

Ai Weiwei asks us to imagine these unimaginable forces of evil in his exhibit – warning us about the dangers of romanticizing weapons and war. Each depiction on the ground includes the name, year, and country of origin of the bomb. You can see how the bombs were dropped by looking up at the planes on display. 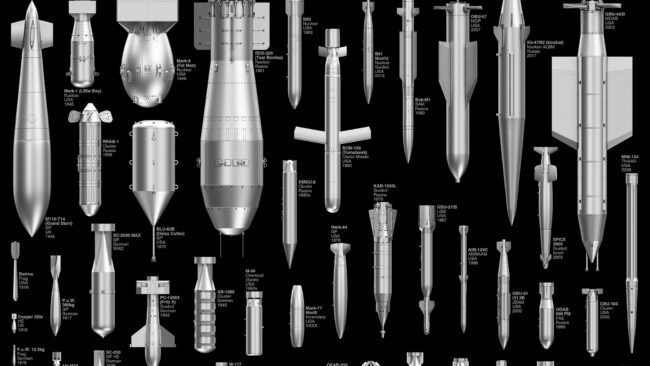 Ai Weiwei is known for his thought-provoking pieces about injustice. He grew up in the north-west of China, and has spoken out against the Chinese government’s views of democracy and human rights. He was arrested in the airport and held for 81 days for alleged “economic crimes” but was released without charge. 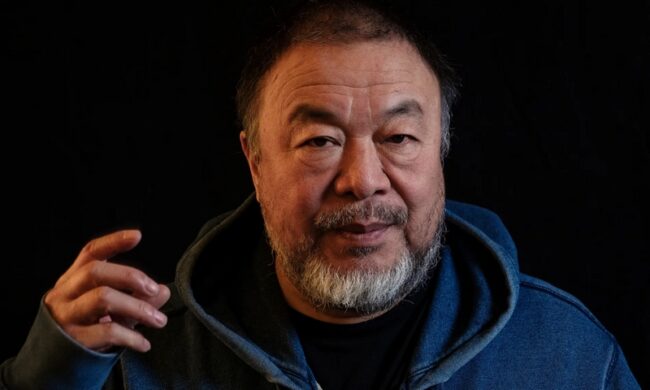 Some of his other created projects include commenting on the 2008 Sichuan earthquake, a public security branch killing, the cat-trading industry, and the Chinese Communist Party.