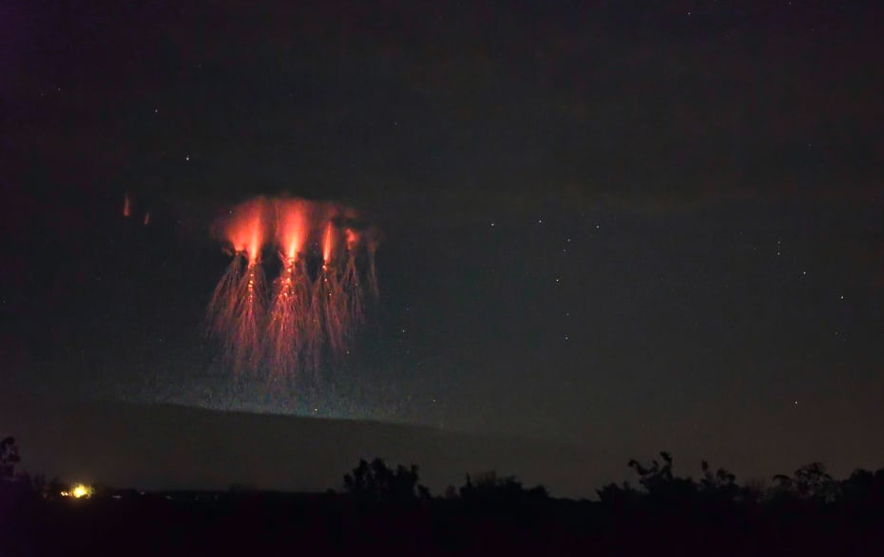 On a warm, stormy, summer night in 1989, University of Minnesota Prof. John R. Winkler looked to the sky and saw something he’d only heard whisperings of. He saw red.

Red sprites, floating down from the very top of the sky. There one second, gone the next. 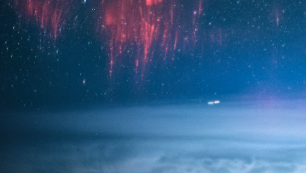 These red sprites (also known as red lightning or positive lightning) only appear in specific storm conditions, and they only last a fraction of a second. Blink, and you just might miss them. There is anecdotal evidence of these storm sprites dating all the way back to the 1880s. However, we didn’t have a photographic evidence of them until around 100 years later – in 1989.

Winkler was testing out a low-light camera during a seemingly conventional thunderstorm when he accidentally caught this scarlet phenomenon on camera. He originally named them cloud-to-ionosphere lightning, but they were quickly renamed to the more whimsical “red sprites.” Partially because the name is more fun, and partially because the red flashes are not technically lightning.

Red sprites are cool, positive discharges in a storm, and they take place miles above the very top of thunderclouds in the ionosphere. Normal lightning is hot, negative, and closer to the surface. The light emitted from red sprites is closer to fluorescent lights, rather than lightning.

Photographer Paul Smith has dedicated his life to catching some of these sprites on camera. People have started calling him the “sprite chaser.” His work has given us a glimpse into the intricacies of red sprites that we’ve never had before.

“They are so beautiful—to me they are truly one of the most eye-catching events in nature,” he told My Modern Met. “They are so mysterious. I love to be capturing something that is still in the process of being understood. Every capture could hold another clue in helping us understand the processes.”

If you’d like to give sprite chasing a go, there are a couple things to remember. According to celestial enthusiast Astrobob, you’ll need a nighttime thunderstorm that you can spot from miles away. Because the sprites occur above storm clouds, you’ll need to be far enough away from the storm so that you can see a layer of clear sky above the actual clouds. While watching, keep your gaze above the clouds and ignore the flashes of negative lightning. You only have milliseconds to spot a sprite in real time.