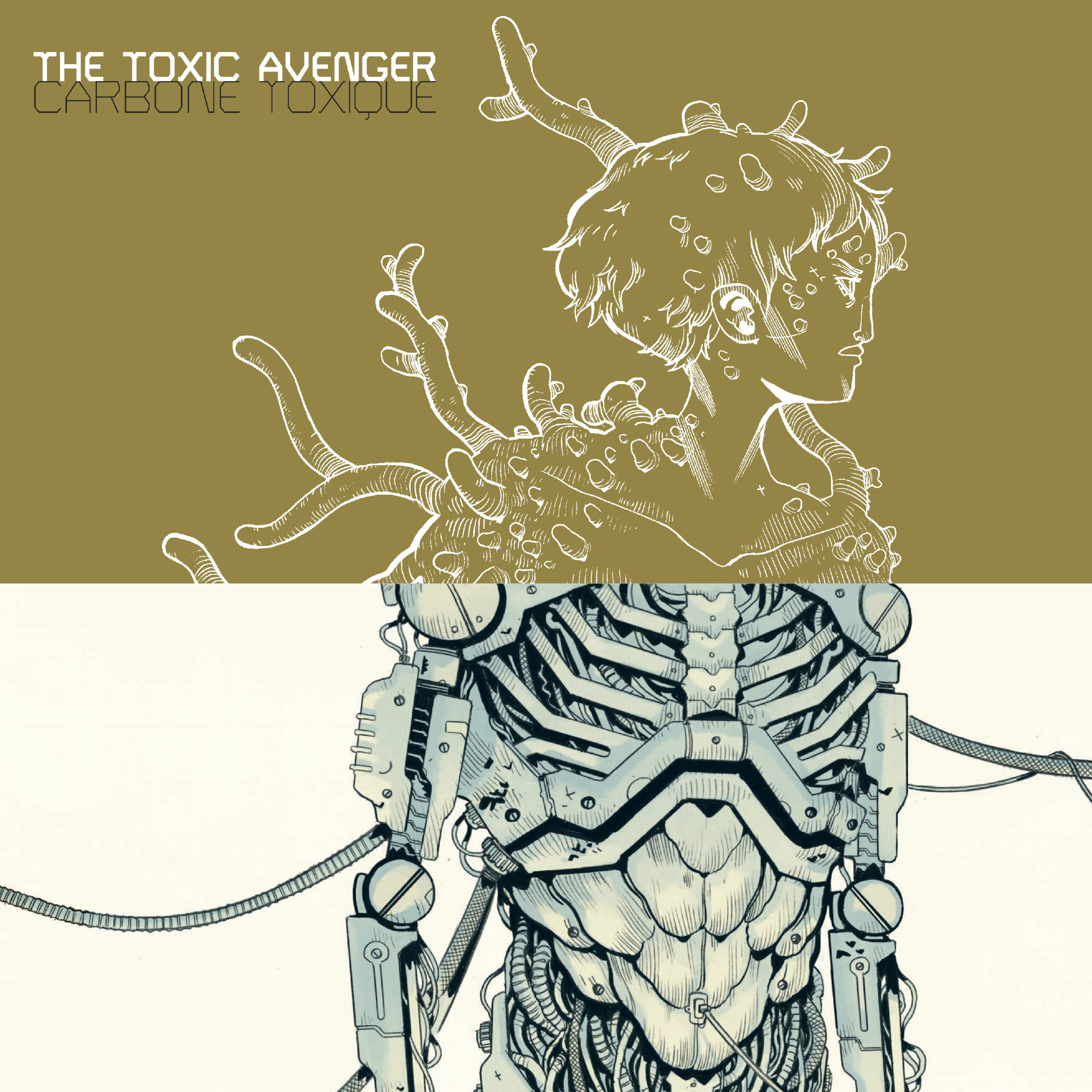 Award-winning French DJ and producer The Toxic Avenger has released his latest EP, Carbone Toxique on the 20th of May via Enchanté Records.

On the EP, listeners will find the magnetic song, ‘87.6%’. The EP is an imaginary OST of the award-winning Carbone & Silicium and Shangri-La Slipcase comic by Mathieu Bablet, who also created the official artwork and visualizer for the EP. The comic won the best comics prize from the French national radio station FNAC/ France INter. The vinyl edition of the EP sold out in just three hours ahead of the release.

The Toxic Avenger has previously worked with several big names including touring with Skrillex, collaborating with Chromeo, OrelSan and Look Mum no Computer, and has done official remixes for Magic Sword amongst others. His previously released Shifted EP reached #4 of the Top Sales on Bandcamp France with the vinyl copy selling out within a few hours and heavy rotation on the National radio station Virgin Radio’s Electro Shock show. The producer has won the prize for Best Music in Video Games (Furi 2016), the prize for Best Music in a Fantastic Film (Gerardmer Int. Film festival 2018), has composed for many video games (including Furi, The Crew, Watch Dogs, Need for Speed, the Rainbow Six European League and more) and has had his music featured in movie trailers such as Fast & Furious V.

Born in Paris, and having spent two years in L.A., California, before returning to France, The Toxic Avenger finds inspiration in the works of Daft Punk, Vladimir Cosma, Giorgio Moroder and Ennio Morricone, as well as the modern likes of Everything But The Girl and Burial. In turn, his own style can be compared to the likes of John Carpenter, Kavinsky, and Daft Punk.

Stretching across the imagination and into new realms, The Toxic Avenger’s latest EP carries a little something for every adventurer. Opening slowly with ambient elements here and there, we’re later introduced to an Eastern style before returning to the dancefloor. The final track, ‘87,6%’ emerges with dark and ethereal waves as the seriousness of the finale of the comic is illustrated in electro bass tones.

Speaking of the EP, The Toxic Avenger tells us: “I worked on this record as I would have worked on an Original Film Strip, as Mathieu Bablet’s Comic Strip is so cinematic. The heroes travel, so I tried to make the listener of this soundtrack travel. I composed the soundtrack for this adventure by transcribing as best I could Mathieu’s desires, and his vision of things. A vision, I believe, is both disembodied and ultimately teeming with life.”