Dougie Wallace’s East Ended explores gentrification in and around Shoreditch, an area of London infamous for its recent and extreme metamorphosis. The Scottish photographer documents the changing narrative told on the walls of this neighbourhood. From Brexit murals to artist tags, Wallace examines the commentary that street art provides in contemporary society. 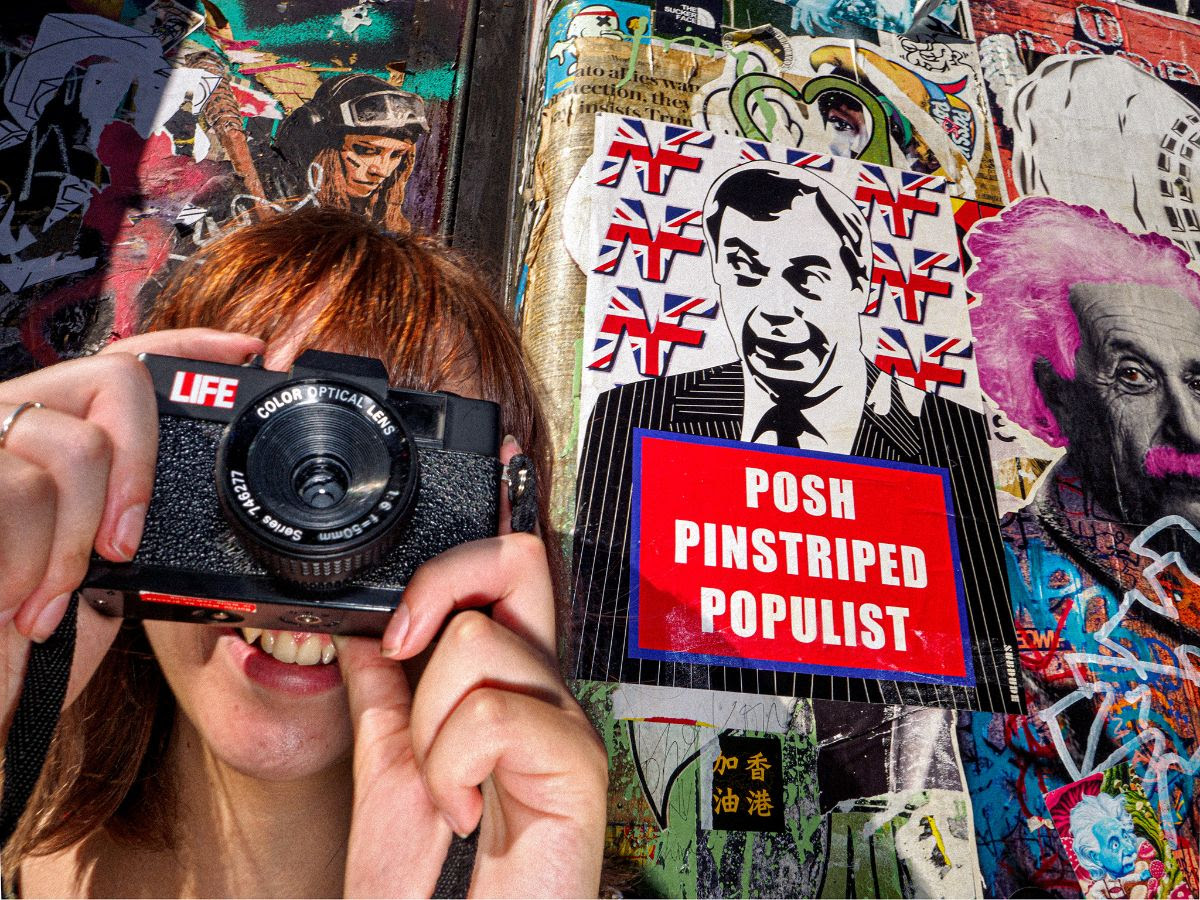 Before it was a recognised urban art form, graffiti was an indication of decay that lowered surrounding property values. With the severe transformation of London’s East End, spray-painted walls now signify edginess and an implied authenticity. Artists, who used to hone their craft hooded, hidden and nocturnal, are now commissioned by big-name brands to decorate entire buildings, having appropriated the language of street art for Instagram ready advertising campaigns.

East Ended by Dougie Wallace, exhibiting at Londonewcastle’s Gallery 46 in March 2020. Recognised and celebrated for his use of colour and hectic composition, Wallace has often been described as a ‘Britain’s modern-day Hogarth’, depicting everyday scenes through an honest and sometimes unforgiving lens. 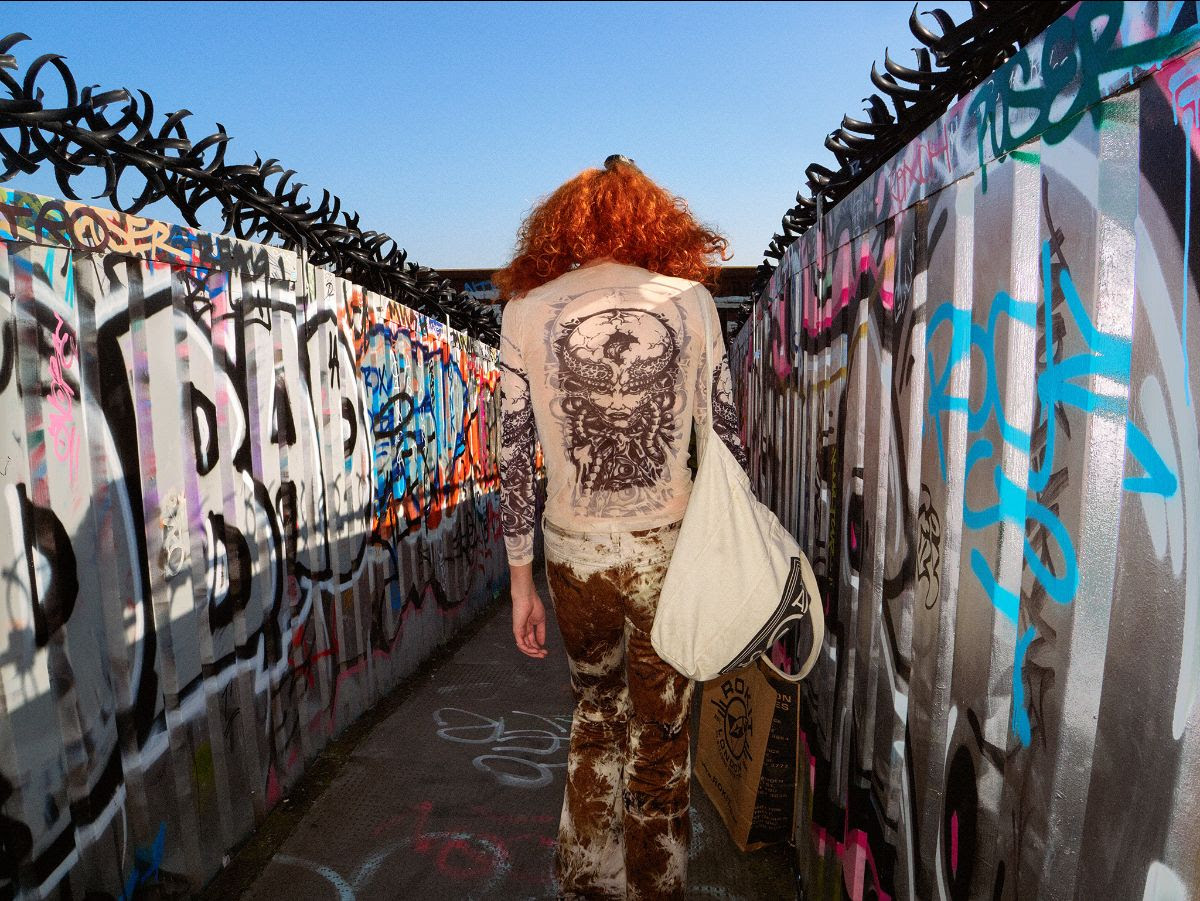 Accompanying the “East Ended” book is an essay by author Dr Paul Lowe (Course Director – Photojournalism and Documentary Photography, LCC), discussing the history of the area and why Wallace is poised to capture it in its current state of disarray. As Lowe states in The Age of Shoreditchification, Wallace’s “dazzling vision, powered by a multiplicity of instantaneous flashes of light, subverts all sense of close and distant, transforming the field of vision into a purely photographic space where the sense of picture plane dissolves: any concept of near or far becomes irrelevant”.

The work of many successful street artists has been captured in Wallace’s photographs, including that of letter form artist Ben Eine. For over 30 years, Eine has been developing his distinct typographic style on walls around the UK capital. Londonewcastle has a close relationship with the artist, working with him on a number of commissions, including his murals ‘Anti Anti Anti’ and ‘Pro Pro Pro’ in 2010. 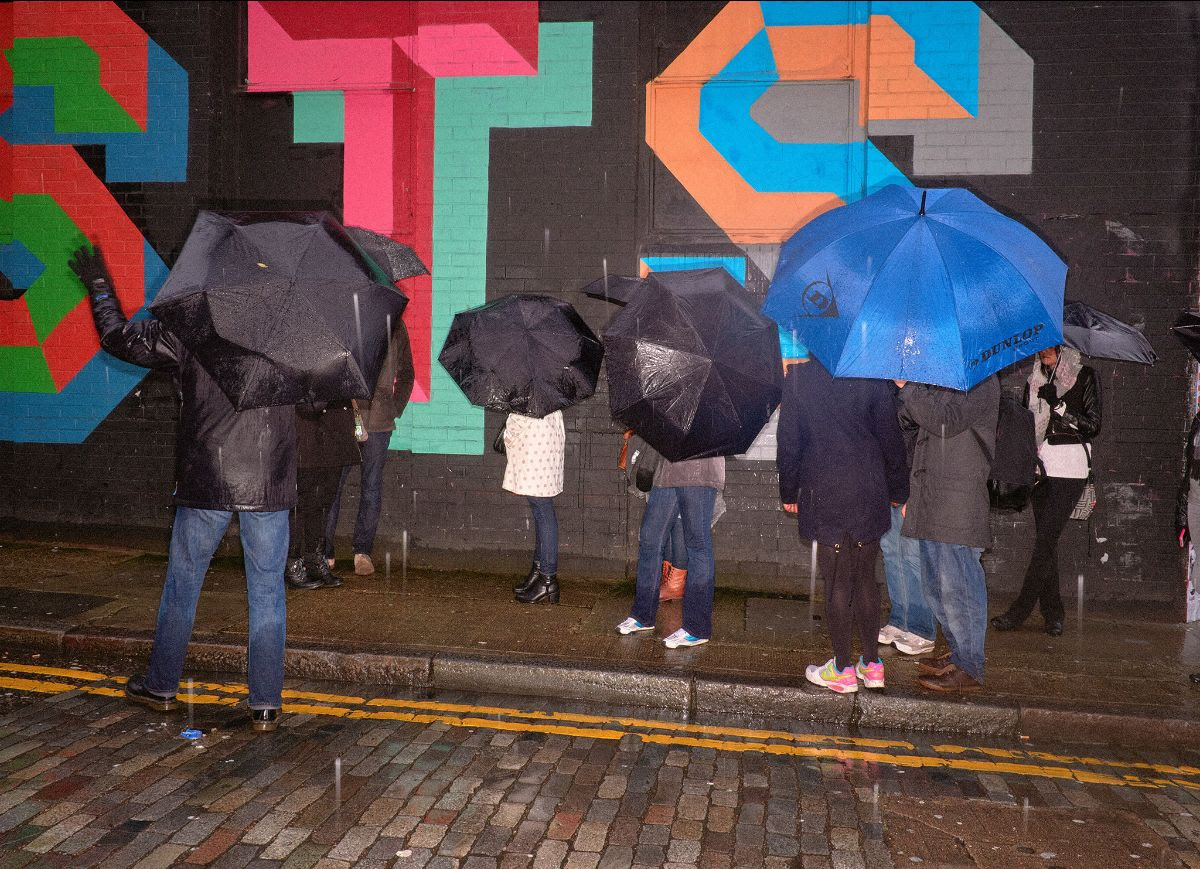