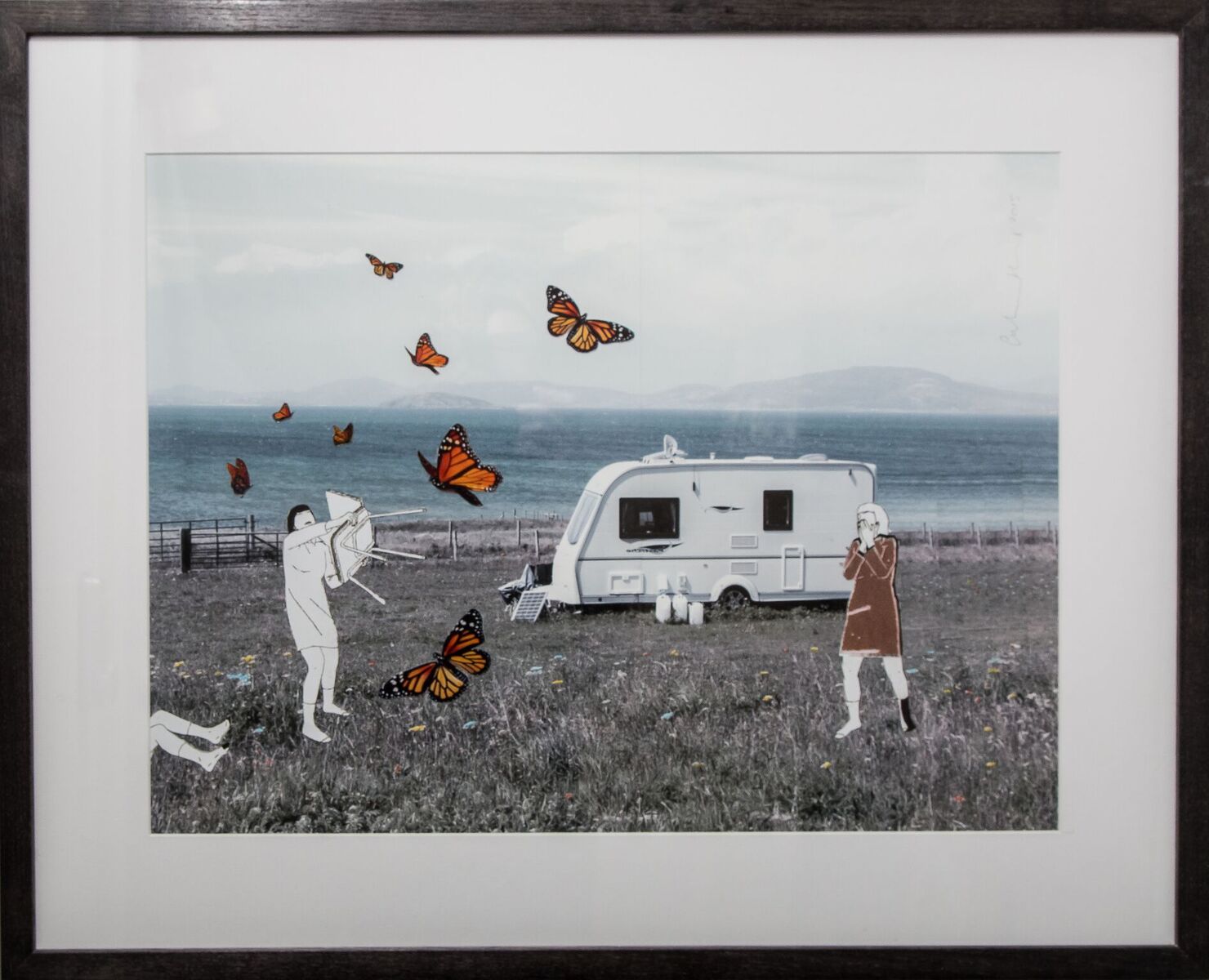 A new exhibit called the Wondrous Obsession Exhibition for Giles Walker opened this month and it is indeed wondrous. The artist plays with the blend between technology and human-beings. This blend works well to dissolve the boundary that separates people form the machine.

The continuing theme often eludes to the idea of human obsession with the growing technology that surrounds us in society.

In the exhibition, he uses both sculptures and collages to display his message. He uses the multitude of mediums to spread different social issues. With skills in working with robots, he is able to build and re-build different robots and characters from materials he finds in scrapyards.

Giles Walker has been building sculptures over the past 27 years. His well-known sculpture called ‘Last Supper’ is displayed in London’s Science Museum.

His collages mix the wonderful with the weird by combining elements that are typically viewed together. The collages feature images of people in scenes that appear out of the ordinary.

With his combination of sculptures and collages, Walker has reached international acclaim in areas around the world including London, Japan, USA, and Russia. 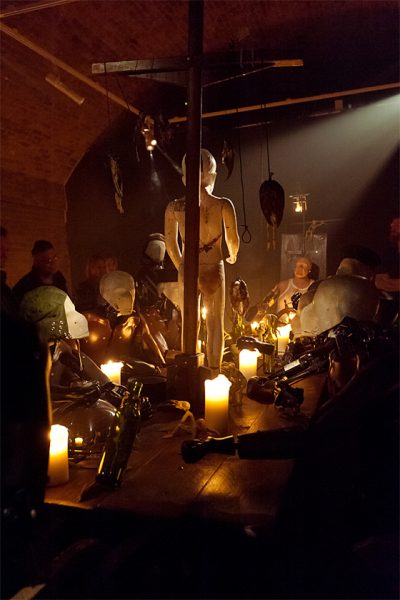 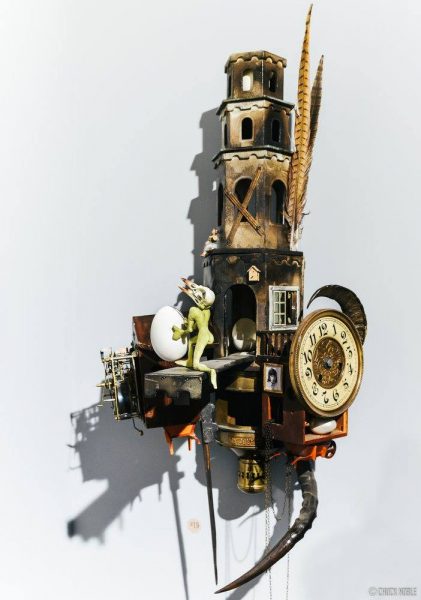