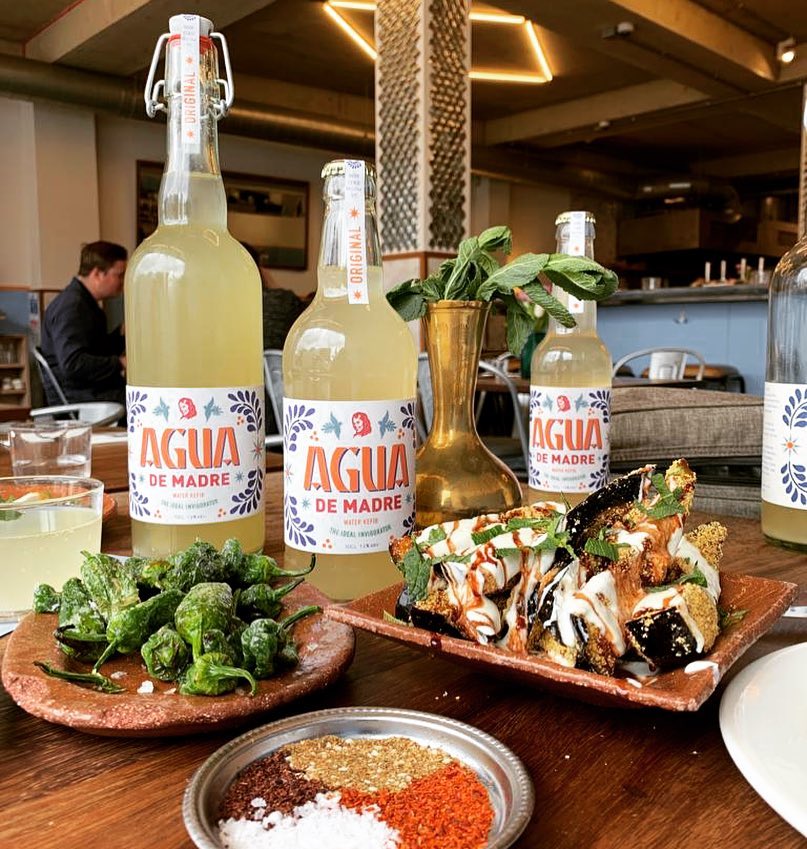 Nicola is the creator of Agua De Madre, a brand new water kefir, all produced in disused railway arches in East Hackney, in conjunction with Sam Clark of Moro.

They created Agua de Madre after seeking out a healthy ‘live’ drink. After much research they discovered water kefir, a unique, fermented probiotic beverage with a history dating back more than 2,000 years in Mexico.

Both organic and vegan, Agua de Madre is an ideal grown-up low-alcohol alternative as the culture of sobriety grows in popularity. This light fizz derives from the use of the Tibicos mother culture, originally discovered on the pads of the Mexican Opuntia cactus – otherwise known as the prickly pear.

G: Tell us about how you got into healthy drinks industry and how did Agua De Madre get started? What is the meaning of the name and why did you chose it?

N: I was in the process of adding another string to my bow alongside my work in the film industry (film development and production) and have always had a passion for food.

My friend and co-founder Sam Clark of Moro and Morito was interested in superfood and I came across Water Kefir in Doug McMaster’s restaurant Silo in Brighton, made by Old Tree Brewery, a local and sustainable outfit with matching values to Doug.

I was inspired to try making my own and testing it with the customers art Moro and Morito. Thankfully they were very patient, as were the bars taff, with many over fizzing bottles at the start!

The water kefir culture is also called Tibicos and was found on the pads of the opuntia prickly pear cactus in Mexico. As it is a mother culture and because of Moro’s Spanish and Moorish roots we called it Agua De Madre which means Mother Water. It is also a nod to the communities of women throughout the generations who have provided for us all! 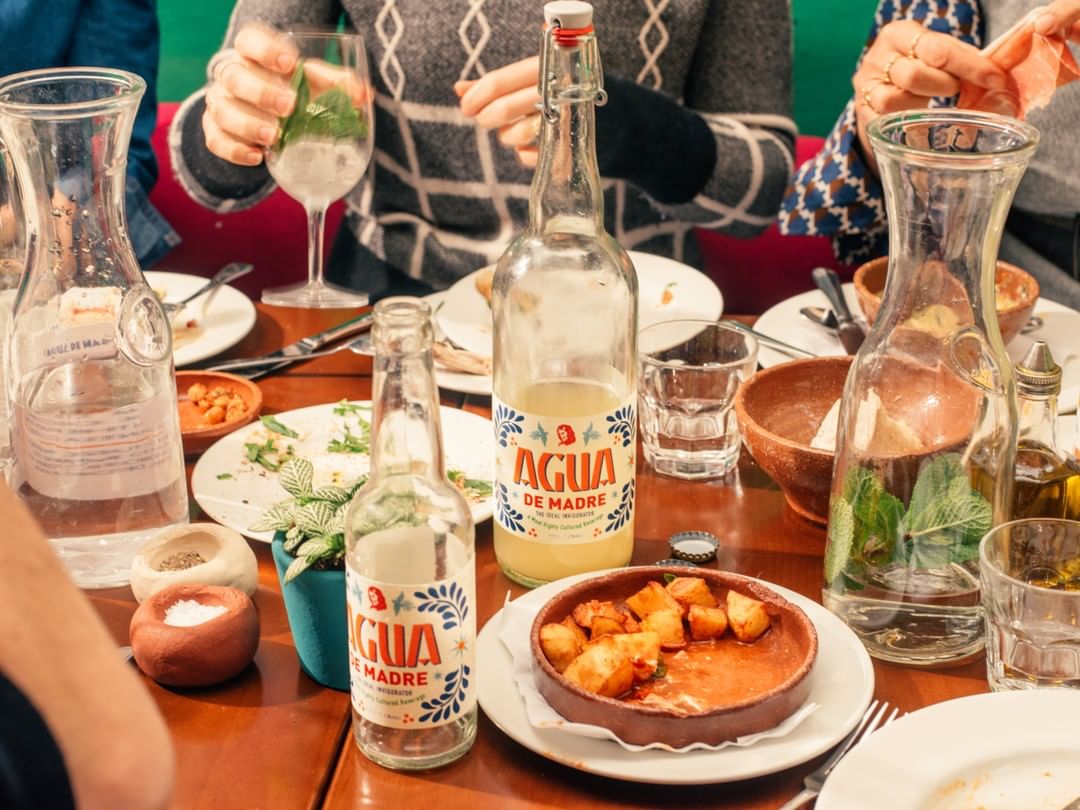 G: What did you do before and what was the breaking point to leave the old career behind and start a new one?

N: I was in the film industry and needed something more hands on to compliment it.

G: Creating a new drink and getting it into the market is not easy, so what were the biggest obstacles in launching this special kefir and how did you overcome them?

I had an inkling it would work commercially after trialling it, not just a Moro but also Westerns Laundry and Primeur, and customers giving us hugely positive responses. The demographic has shifted and people are making more healthy choices and drinking less but better quality small batch craft produced drinks. We are on the cusp of a new sustainable way of consuming and awareness is rising on all fo the issues related to our wider existence on the planet.

People’s perception of healthy fermented drinks is shifting as well as the industry’s overall. Agua de Madre is a healthy super powered invigorating drink as well as being delicious and low-alcohol. It has all the mouth-feel of drinking alcohol as well as the ritual of drinking, without the downside.

G: What is unique about Agua De Madre compared to similar products and how did you come up with the recipe?

N: I developed a recipe and still work very closely with my small yet expert team of fermenters. Trial and error and always remembering that balance between taste, intensity and subtlety is important to distinguish Ague de Madre from other similar drinks.

I have seen Kombucha growing in appeal and know it is just a matter of time before water kefir takes off. It has the same, if not more colony forming unites (250m per 100ml of good bacteria) than Kombucha!

G: What advice do you have for people thinking about launching their own healthy product?

N: Lots of research into the area, good design and plenty of testing, but most of all – patience! What is a priority for you is not necessarily for anyone else. 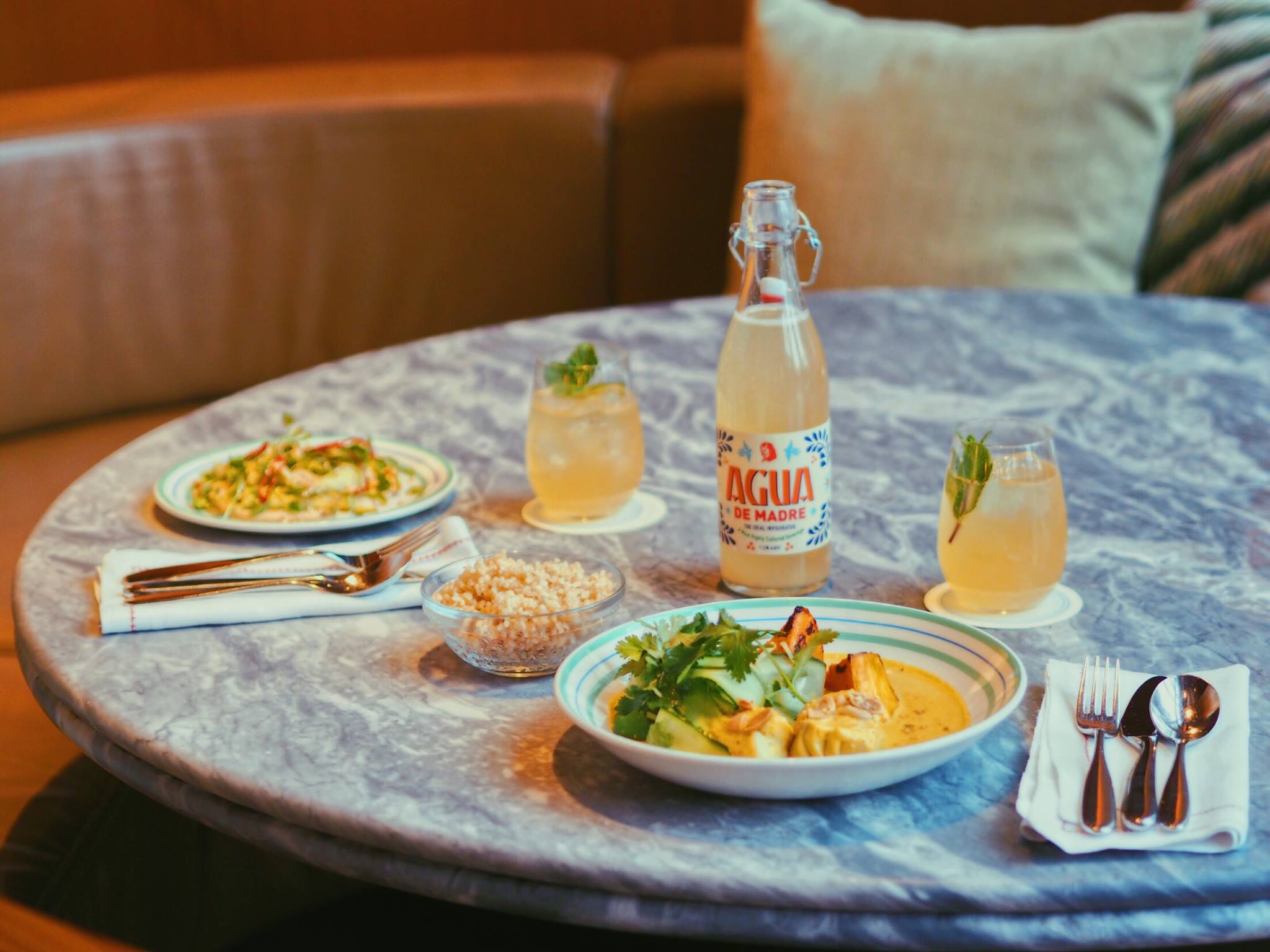 G: What is your creative process? What helps you to come up with unique ideas?

N: Being in a relaxed state of mind, often way from the workplace, or working with my fantastic creative team of Madres and Padres. When we sit together the ideas flow and distil into something profound and wonderful.

G: What does the future have in store for your company?

N: More products from the process of fermentation, for example Remedio Naturale: a sustainable bi-product of the fermentation process. It is an intense ginger and lemon paste in a jar (to dissolve into hot water). It is already selling well in the local farmers market in Parliament Hill.

I am also looking into initiating and supporting Madre projects within the local community in Hackney as well as local artists.