Riccardo Buscarini is a young Italian dancer and choreographer based in London. He trained at London Contemporary Dance School, and he is involved in many projects around the UK and all Europe. From December 2011, Riccardo has also been teaching Choreography and Performance at Bickbeck University.
With his work Athletes, which is a reflection on competition viewed as tension between man and machine, he was chosen unanimously as the Winner of the Place Prize for Dance 2013.  As Bonnie Green (one of the judging panel) says, “Riccardo Buscarini will set the pace for many, many years to come. Catch him now. So that you can say that you were there. At the beginning.”
For any dance enthusiasts, here is our Q&A with this young talent in the world of contemporary dance.

Q.   How did your passion for dance begin? And what dance means to you?

I started making theatre when I was 5, playing with a puppet theatre I was given by some friends of my parents. When I was a teenager I took part in some cinema projects but I encountered dance only when I was 17. My body needed to move. Since then I have been dancing the whole time. I believe that movement is the most powerful medium of communication: we all have a body and are able to communicate through it, often in very surprising and unexpected ways. 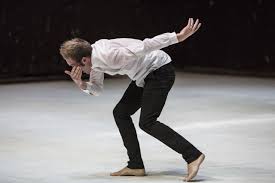 Q. How would you say that you’ve grown as a choreographer and dancer since you moved in London? What are the differences between the British and Italian scenario when it comes to dance?

A. I moved to London to study at the London Contemporary Dance School, The Place, in 2006 and I graduated there in 2009. Since then I have been creating my own works as a choreographer, often dancing in them too.  LCDS is one of the world’s leading dance conservatoires. Unfortunately in Italy there are no such schools and it is impossible to attend such an intensive course. LCDS gave me a lot of knowledge and to experiment with a lot of ideas in a very short time. The experience I gained there has been very fruitful in my professional life, but as an artist you often learn by doing… there are so many things I have learnt in the past four years as a freelance choreographer! A lot of them have to do with crafting and artistic intention, other ones with what really means to be an artist in the world, how to present myself… and how to survive!

The British contemporary dance scene is vibrant, with a lot of potential for expansion… and I love being based in London for that. The dance scene mirrors perfectly the multicultural characteristics of this city. Here I have the chance see a lot of inspiring works by artists coming from all over the world and with very different styles. British dance has a lot to do with strong physicality, athleticism, virtuosity. In Italy things are different, contemporary dance is very close to visual theatre and performance art.

Q. With your work Athletes, described as “a perfectly realised piece”, you won the prestigious Place Prize for Dance 2013. How does it feel to be the winner of the UK biggest contemporary dance competition?

A. I feel very privileged my work has gained such a recognition: I am still a young maker and was surprised to win Europe’s biggest choreography prize. Having such a great feedback from experts from my industry and the critics was very encouraging too.

Q. You’re now involved in Performing Gender, an International project on gender and sexual orientation differences. Could you tell us a bit more about this experience? To what extent do you believe that dance is tied to issues of gender and identities? 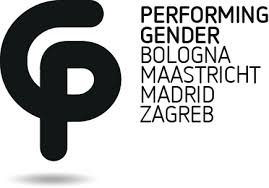 A. Sixteen dance artists, coming from Italy, Netherlands, Croatia and Spain are involved is this research project and divided in four groups. The work is divided in two parts: a research period and a production one, both happening in a museum in the cities of the four partners. I am one of the artists working in MAMbo, the Museum of Modern Art of Bologna. We have just had a one-week workshop on gender and artistic identity led by Dutch dramaturg Peggy Olislaegers. The week culminated with an informal sharing of the work we made. In a year’s time we will meet and work again to present a dance installation in MAMbo.

The diversity of the team and the theme itself has made this a very enriching experience, both under an artistic and human perspective. It is a very exposing project: as artists -and people- we have to put our story and identities into movement and expression… which is very challenging.

What I really like about dance is that we only need the body -the only thing that we really possess- to make dance “happen”. This makes the art of choreography extremely pure and very connected to identity. We can’t -can we? – escape ourselves when we perform through our body.

Q. Let’s conclude with a general reflection on contemporary culture. According to the playwright and author Bonnie Greer, “Contemporary dance, like contemporary music and art and theatre and fashion, is not for everyone. Not yet. Contemporary is seldom ‘accessible’. But it is necessary. Without it, art, culture itself, will fossilize, become decadent, and die”. How would you comment on that?

“All art has been contemporary” in its times – quoting Maurizio Nannuzzi’s massive neon installation I saw some years ago at the Altes Museum in Berlin- because art is made in the present to speak about the present. It is extremely connected to the contemporary society. It is a present response to the present itself.

It certainly does need sensitivity to approach it and to grasp it, that’s why it might be difficult to access… but it is extremely necessary, because it is about us. The real talent of the artist is to offer his/her personal perspective and transform it into a universal experience.