Could you tell us a bit more about yourself? Are you originally from London?

I’m originally from Dorset, growing up in a remote cottage in the middle of nowhere. I lived there until I was 18, before deciding to go travelling. When I got back, I moved to Old Street to work as a runner on Harry Potter and the Half-Blood Prince during post-production. This gave me my first taste of London life, particularly East London and Brick Lane and the late night party scene in Shoreditch. I’ve just moved back to London after spending the last four years in Brighton, studying for a film degree and establishing my own production company with three close friends. 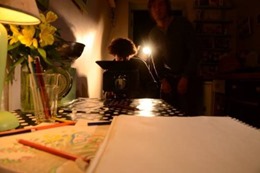 I like the freedom of being self-employed, the variety and creativity that comes with every project. Filmmaking is brilliant for bringing people together from every creative area. Everyone has their own speciality, and the joy comes from all pulling together to create the one vision.

How do you balance your time between commercial projects and more personal ones?

You have to see commercial projects as a means to further your creative projects. By doing jobs which pay, it allows you to put more time into your own projects, which you definitely need time for. However, we try to give all our work, commercial or not, creative flair and a narrative that will engage the audience.

You’ve recently made a video called Skateseeing East London for HotelClub. What’s the vision behind the project? Is this the first video you’ve made for them?

It’s a visual tour of East London, showcasing the areas that we think would be interesting to people visiting the city – places like Columbia Road Flower Market, Dalston and Victoria Park. The camera follows a skater as he glides through these spaces, picking up details of the characters and lifestyles along the way. East London doesn’t always get the coverage it deserves as a travel destination in its own right, and we wanted to change that whilst paying homage to an area that we love. This is the second video we’ve made for HotelClub, the first being Brighton on a Skateboard.

How authentic an atmosphere do you feel you’ve been able to capture of the East End?

The way we decided to shoot it was meant to capture the essence of what a day in East London is like. We chose to follow our lead skater on a typical Sunday through some of the most iconic places that make East London a unique and fun place to be. The camera rolled, capturing the faces and places as our lead navigated his way through the hustle and bustle. Nothing was contrived, what you see is what you get, EAST!

One thing we particularly liked was the soundtrack. How did you pick the right song?

At first I wasn’t really sure what tone and mood to go for, but then while driving and listening to an old mix CD this song came on and it just felt like the right fit. Luckily, the artist GUTS, a well-known French trip hop producer, was happy for us to use it. It restored my faith in the fact that people are always up for collaborating – you just have to ask!

You’ve previously lived in and around the areas shown in the film; has much changed in the four or so years since you left for Brighton?

Yeah, a lot! Five years ago Old Street and Shoreditch were the main places to go. Everything has spread further out now, with the retro and vintage styles turning many a grimy building into a nice coffee shop or bar. It’s great, though. There’s definitely more variety now than there ever has been and more places to go out, which can only be a good thing. 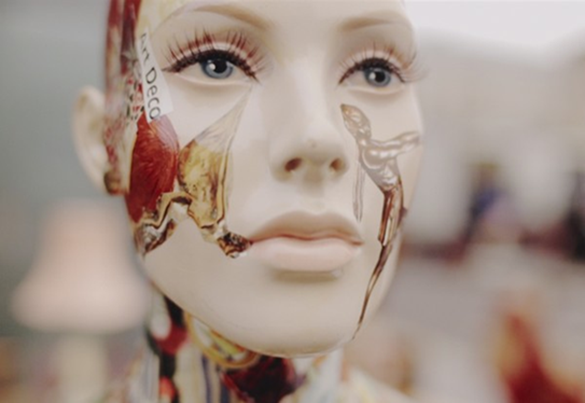 What’s your favourite part of London and why?

I love the canals on a sunny afternoon and the atmosphere of hanging out with friends by the water.

I know you’re not really a skater – which other form of transport would you like to explore a city using, what city would it be, and who would soundtrack your trip?

Angkor Wat, on an elephant, with a soundtrack by Cosmo Sheldrake J

Your production company Gallivant has made quite a few music videos so far. What do you particularly like about the format?

Music videos really are the ultimate in creative freedom. You have three to four minutes, a song which you hopefully like, and the potential to come up with any madcap idea you want that’s feasible for the little budget they’ve given you. It’s an exciting process, and one which you can really experiment with and turn around in a short period of time. 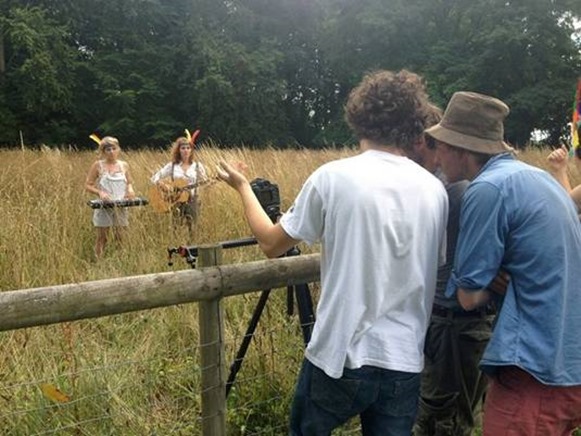 What advice would you give any budding filmmakers out there looking to get into the industry?

Collaborate, get a camera or borrow one, and start filming your ideas. You really have to do this to learn, so make mistakes and then make more, and keep on trying. Work on other people’s projects and find out which area of production you like best. There will be an area that really works for you, and once you’ve found that, just keep on going. It’s a great career, with many avenues to explore and a lot of fun to be had on the way.

Do you have any other projects in the pipeline?

We have our first feature film in the works, and an exciting series of live sessions planned for Cosmo Sheldrake (the artist who did the soundtrack to Brighton on a Skateboard) so watch this space.

Mmm… depends on the weather. If it’s sunny, I’d go for Brighton, but East London has more to offer in terms of filmmaking opportunities and stuff going on. Can I choose both?