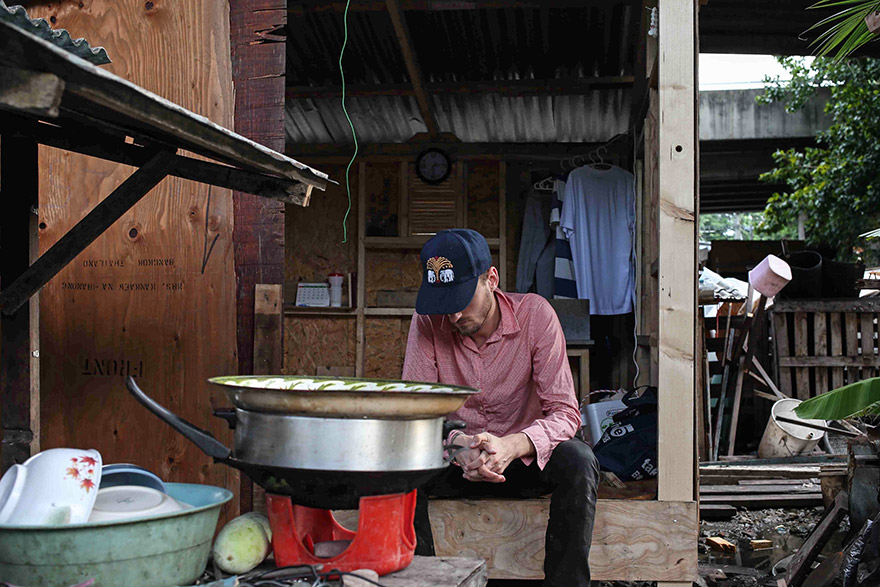 Phil America is a California and New York-based writer, artist and photographer – three roles that have become increasingly synergistic in modern journalism, and that he has meshed seamlessly for his latest performance projects.

What is the story behind your latest art project, Failure of The Dream, during which you lived in America’s largest homeless encampment, San José’s ‘The Jungle’?

With my work, I always approach things from a research standpoint. With modernity comes a lack of understanding coupled with a fear of the unknown. So when I find issues that I do not understand or think others do not understand I jump head-first into trying to understand it in a deeper way. I know I can never fully understand anyone’s reality but I try to find some small semblance of understanding through experience and interpersonal relationships.

With Failure Of The American Dream, I ate, slept, bathed and fought with the rest of the inhabitants of ‘The Jungle’. After my time there, I showed the work in London in an artistic context; showing both my tent as a sculptural piece and a large video installation with multiple projectors to give people a glimpse of the time I spent there as well as the beauty of a place most would fear.

Tell us about Slum Vacation – What inspired you to do it and why did you choose the Klong Toey slums in Thailand?

I lived in Thailand for 2 years working on projects in the region. I started venturing into the slums after getting to know some of the people from the Klong Toey market, located on the edge of the slum. The more I saw that side of Bangkok, the more I wanted to understand it. Most outsiders visit and go only to the hostels or 5 star hotels and I could not understand why anyone would travel across the world to see the same people they are trying to escape. Why, in the most visited city in 2013/2014, nobody took the time to see or understand the most authentic part of Bangkok’s colourful face.

The relationships I built there inspired me to want to live with the people there, to understand them and to look past other people’s fears or lack of understanding and to find the obvious beauty that was on every side of Klong Toey.

What was the most surprising thing you witnessed during your stay here?

I will tell you the most negative and positive surprise. I would probably say the smell was the worst surprise. There was nights that I could not sleep because of it. I got used to the people coming into my home at all hours, high on Yaba…the mosquitos, the lack of electricity or running water. But the smell was one thing I was never able to deal with.

But the love the locals gave me was what really surprised me. They lit up when they saw an outsider, especially a foreigner, coming into their neighbourhood to take the time to build relationships with them and to appreciate something that even the majority of the rest of their country has never taken the time to try to understand.

You like to get up close and personal with locals during your experiences, dealing with the daily dangers and beauty of their lives in poverty – Is it hard not to get emotionally attached and do you stay informed of their situation?

I always stay in touch with people who touch me and inspire me. I always go back and try to do what I can. But on some level, I know everything that I do is temporary and I have to accept that. It is not easy but I know their identity from their own perspective is different than their identity from the people writing the essays and doing the reports about them. I know that, in the slums of Klong Toey for example, the people there are proud, happy people. They are the furthest thing from ‘poor’. They are rich in culture and understanding of their own realities. They need me much less than I need them and their pure, honest outlook on life. When I leave it is very emotionally trying if nothing else because they teach me more than any book or documentary ever has and when I leave there, I leave a piece of my soul.

What, in your opinion, is the future of investigative journalism – Is the integration of multi-media channels such as photography and video essential to engage with the modern day reader?

Absolutely. Any avenue with a reach outside of the traditional ways of communication just expands on what journalism is at its core. Without it, there will be no transparency and as the world becomes a smaller place, those without a vision for a better world end up taking advantage. 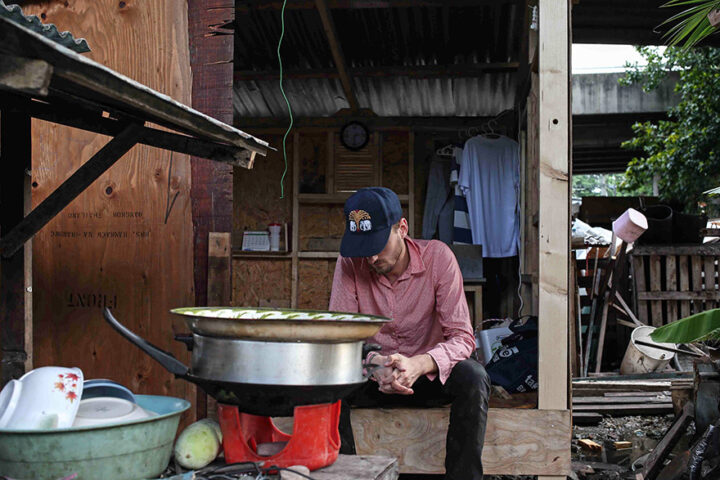 Lastly, what is the next project we should expect to hear about?

I am working on a solo show in South East Asia’s leading museum with organizations like the ILO, World Vision, UNESCAP, amongst others. It is centered around bringing awareness to issues related to migrant workers living and working in Thailand. The team I am working with is great and I learn something new every day! I don’t want to spoil all the surprises though!