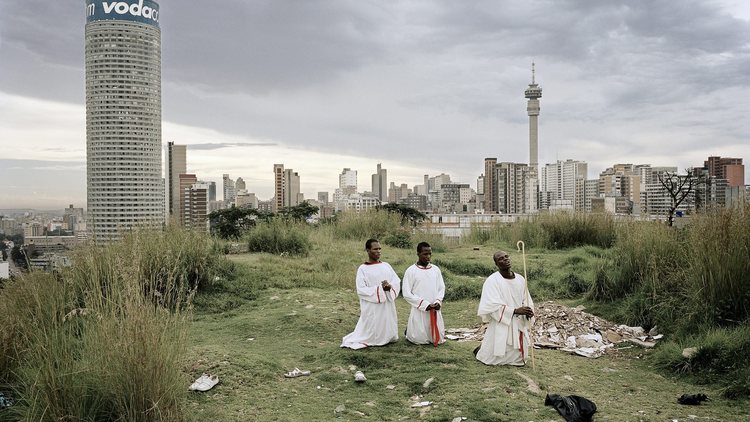 London is currently housing the prized work of the prized Deutsche Börse Photography award, which rewards a photographer of any nationality who has made an impact on the photography world in the previous year of work based in Europe. The Photographers’ Gallery in Oxford Circus will house the work until the end of May, when on the 28th the winner will be announced. With over one hundred international photography experts on the jury, their original shortlist nominations will be narrowed down to one final contestant. The award has given a prize of £30,000 annually since 2005 to showcase new talents and highlights of international photography in the passing year, ranking as one of most prestigious photography awards in the world. This year’s shortlist of artists include:

South African photographer Zanele Muholi. The artist’s work centers around black and white portraits of the LGBTI community and politics in post-apartheid South Africa. The images give insight to the existing homophobia, discrimination and violence present in the society, which has often led to murder especially by way of “curative rape” of African American gay females.

Image by © Zanele Muholi, from the “Faces and Phases” series.

South African photographer Mikhael Subotzky & UK photographer Patrick Waterhouse for their work ‘Ponte City’ published by Steidl. After a 54-floor apartment building in Johannesburg, built for the white elite during the apartheid, turned to an area infested with prostitution, drug dealing and crime during the political transition in the ’90’s, the remaining residents left that are now trying to restore order and build a community of residents.

Image by © Zanele Muholi, from the “Faces and Phases” series.

Russian photographer Nikolai Bakharev. Taken during in 1980s Russia when the photographing and circulation of nudity was forbidden by law, the photographs follow families and friends on Russian public beaches. At the time, beaches were controversial places as the line of public and private was very murky and caused societal tension, the work alludes to the disputed matter with the sensual nature of the expressions pictured.