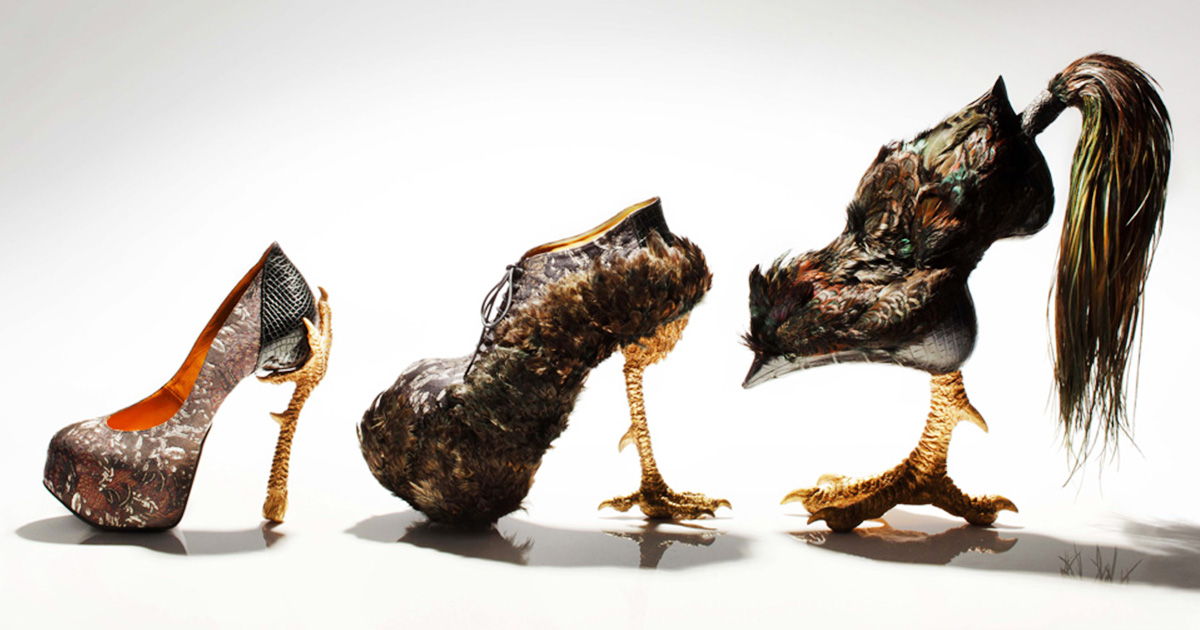 This is the question that Japanese designer, Masaya Kushino asks with his newest series, “Bird-Witched”. Kushino states in a recent interview that this is what makes shoes so attractive, they are “not only for putting legs in, but also as standalone art objects”. With his aspirations to be remembered in history, and to have his eponymous line preserved in museums it’s easy to see how!

Bird-Witched takes its inspiration from iconic 18th century painter, Jakuchu Ito who specialized in painting animals. From this, Kushino depicts real live birds, in his unique expression, giving a dark twist to the objects, as he quotes “tinged with a bit of insanity”. It is this darkness to his designs that saw his work included in the Killer Heels exhibition at the Brooklyn museum alongside legendary designers Alexander McQueen, Christian Louboutin and Manolo Blahnik. 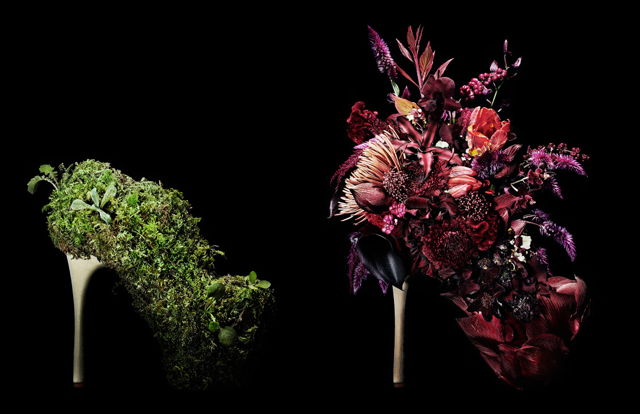 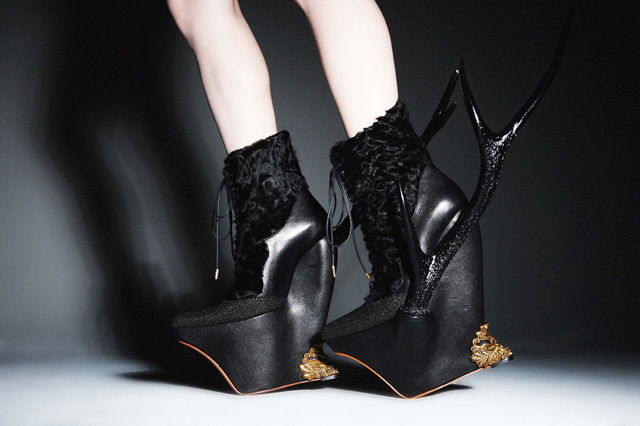 After forming his own line in 2007, Kushino has collaborated with Japanese designers and sculptors using historical Nishijin-ori textiles and extravagant statuesque heels. The influence of these unique collaborations is evident in his new series, as the shoes are coated with various feathers, giving them iridescent textures, becoming almost unrecognisable as shoes and seemingly more fitted to the archives of a museum. Nevertheless, the beauty of shoes as standalone objects is not one that Kushino focuses on, but instead is inspired by the relationship between human purpose and the natural environment that surrounds them. This focus on life around us is what Kushino conveys through the shoes wearability, as he emphasizes the difference between shoes and art, “shoes are more intrinsic and interactive”. This Kushino claims, is what gives shoes their attractiveness. 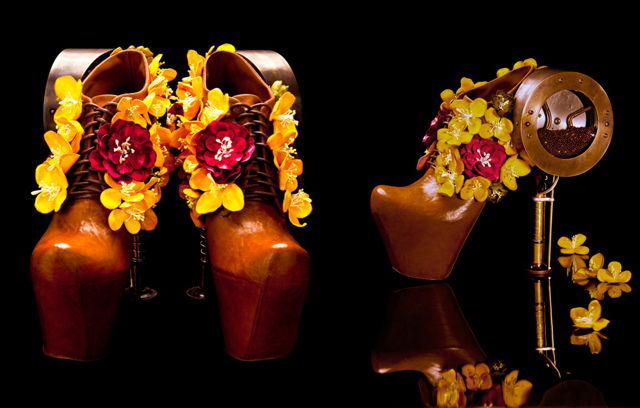 Developing on the theme of wearability, Kushino includes in this series a shoe titled “Healing Fukushima (Nanohana Heels)”. This creation features a built-in mechanism to plant rapeseeds into the soil as the wearer walks to absorb radioactive substances. 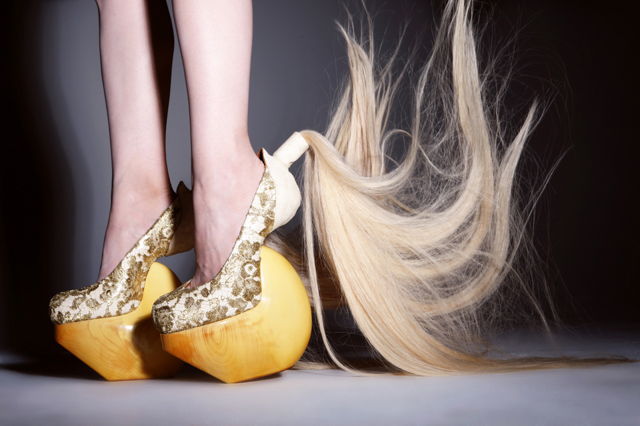 From his innovative haute couture creations, it is clear that there are no lengths Kushino will not go to push the boundaries of shoe making as we know it. One day he hopes to make beautiful heels out of fine jewellery, and platform shoes for astronauts living in zero gravity conditions. All we can say is watch this space! 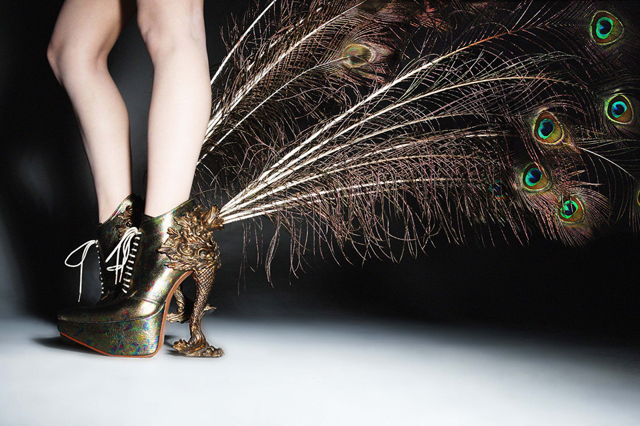