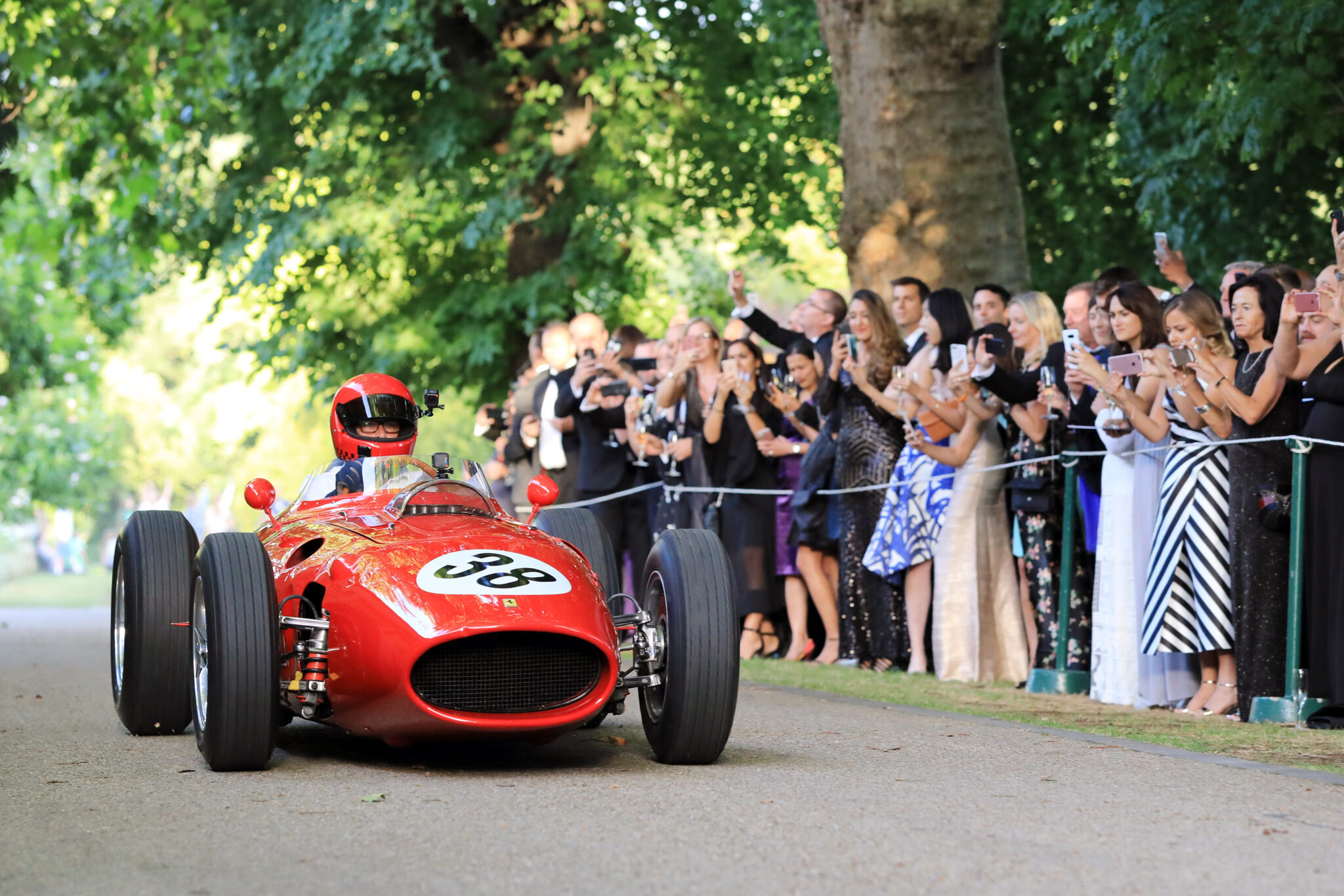 Photo shows: Formula 1 cars on display British Formula One racing legends and celebrities turned heads on the red carpet at The Hurlingham Club this evening ahead of next week’s British Grand Prix. The Grand Prix Ball, an annual social-calendar highlight, this year hosted by Tiff Needell, Eddie Jordan, David Coulthard and Christian Horner, raises thousands of pounds for charity each year and has now partnered with charity ‘Wings for Life’ spinal cord research foundation. Guests and celebrities looked stunning in their stylish outfits and were treated to an exclusive F1 demonstration before a Gala dinner, charity auction and performances by The Gipsy Kings and DJ Seb Fontaine took place.

On Wednesday 4thJuly I had the great opportunity to be invited to the 8th annual Grand Prix Ball 2018 at The Hurlingham Club.  The British Grand Prix is one of the largest British events of the season and F1 internationally is watch by millions worldwide, so an invitation the Grand Prix Ball 2018 was certainly not one I would let race me by.

Set on the splendid Hurlingham estate where membership for new applicants is now closed, certainly made the evening more memorable. The Hurlingham Club is one of the longest established private member’s clubs in London with extensive tennis pitches and a river running through. The ball itself was held in the main house which has stunning Georgian architecture.

Also guests we were greeted by a selection of champagne wielding waiters. There was also a red carpet where guests and stars of the F1 such as David Coulthard could gather to take photos with F1 greats such as Simon Lazenby and Mark Webber who were also in attendance. Guests enjoyed walking up the red carpet with celebrities such as Love Island’s Kendall Knight, Rosie Anna Williams, Charlie Frederick, Zara McDermott, Made in Chelsea’s Sophie Hermann, Francesca Newman Young, Olivia Newman Young, Hofit Golan and ITV2 Survival of the Fittest’ David Lundy. Mark Webber, Simon Lazenby David Coulthard,Ladies of London Caroline Stanbury, Amanda Cronin, Britain’s Next Top Model Victoria Clay, Olivia Cox, Hayley Sparks and Nicki Shields.

There were a selection of F1 cars from McLaren and Red Bull on display and also an impressive range of vintage Aston Martins. I thoroughly enjoyed seeing the range and lots of the guests were getting pictures with the cars.

In between the dinner and the reception David Coulthard donned the traditional F1 gear and jumped into a standby F1 car. At this point guests were asked to move to the green at the back of The Hurlingham Club where a selection of F1 cars including a Lotus Camel which raced into view. We stayed a safe distance away but still close enough to see all the action.

After the pre-reception had concluded and performance of the cars concluded, we ventured over to the main ballroom to enjoy a lavish 3 course dinner. The ballroom at the Hurlingham Club was vast with a giant Hublot watch on display at the entrance. The service at the Hurlingham was exceptional as one would expect from one of the world’s greatest private member’s clubs. There was a speech from Wings for Life advocate and a masterful performance by an opera singer to keep guests entertained throughout. After the dinner there was a spectacular afterparty by the Gipsy Kings who are internationally famous. The event was in support of the charity Wings for Life. 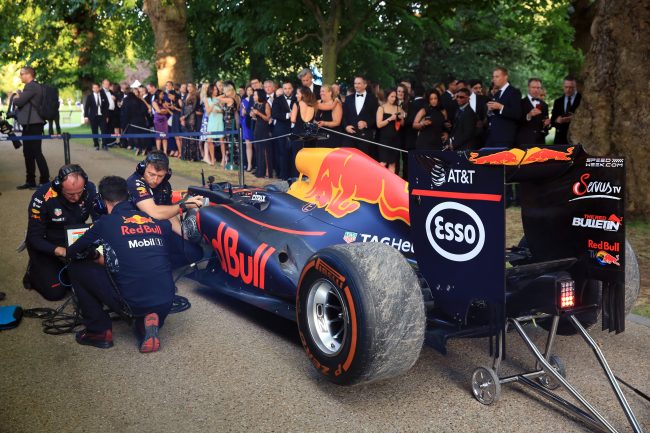 The whole event was organised by GP Management who organise money-can’t-buy experiences such as organising two days of luxury hospitality on board a super yacht in Monaco hosted by F1 Legend Eddie Jordan in May. GP Management also host adrenaline filled moments, from offering clients the opportunity to fly in a fighter jet above a former communist air base in the Czech Republic to driving in a Supercar Rally from London to Croatia, to expeditions to Antarctica. With friends like Richard Branson, GP Management founder Jonny Dodge is one of the few adventurers paving the way for space tourism.