Spanish nightlife is renowned all over the world from the hedonistic beach clubs of Ibiza that deliver the world’s top international DJs to Barcelona and Madrid’s chic city bars and late-night clubs attracting the young and beautiful.

When we heard Spanish super club, Opium, was opening in London’s Trocadera district in Soho we knew it would be setting the bar the high with its brand of luxe glamour and top entertainment. The area has seen a surge of hot new international openings looking to make their mark on London’s competitive dining and nightlife scene.

Opium London is the first international outpost of Barcelona-based hospitality group, Costa Este Group.  These guys seriously know the hospitality business as they own a plethora of trendy hotspots all over Spain, including the renowned Pacha Barcelona. 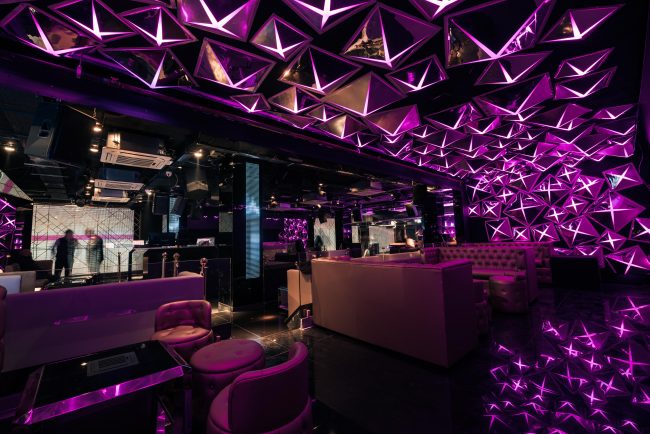 The venue is an attractive combination of a restaurant, bar and nightclub where guests can enjoy dinner and then party into the night to the unbeatable electric atmosphere from some of the world’s best DJs and musical artists. Opium’s other sites have already hosted the likes of Tiesto, David Guetta, Avicci, Armin van Buuren, Paul Oakenfold, Jason Derulo, French Montana, Wiz Khalifa and more!

Opium is sleek and impressive from the moment you enter with reflective black marble floors, high-tech floor to ceiling LED screen displays, and pyramid-shaped lights that cast a flattering purple glow as if you were dancing inside an amethyst jewel box. 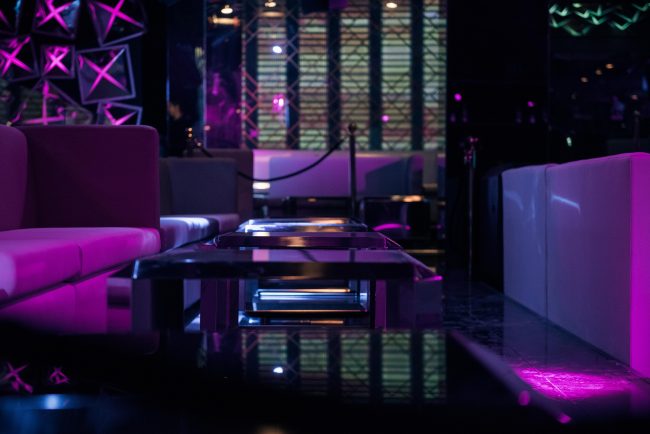 The venue is expansive with a glass wall enclosed club area adjacent to a 90-seat bar and restaurant headed up by Portuguese head chef, Diogo Amaro, who has envisioned a menu of Mediterranean cuisine with Japanese influences drawing upon his experience working at London’s top restaurants.

The food menu is an upscale dining experience for the discerning London customer, with a menu split into a seafood and raw bar menu of fresh sushi and sashimi, while offering a selection of popular modern European and Mediterranean favourites including white truffle and mushroom risotto, Wagyu beef sliders, chicken and foie gras cannelloni and Iberian ham croquettes. 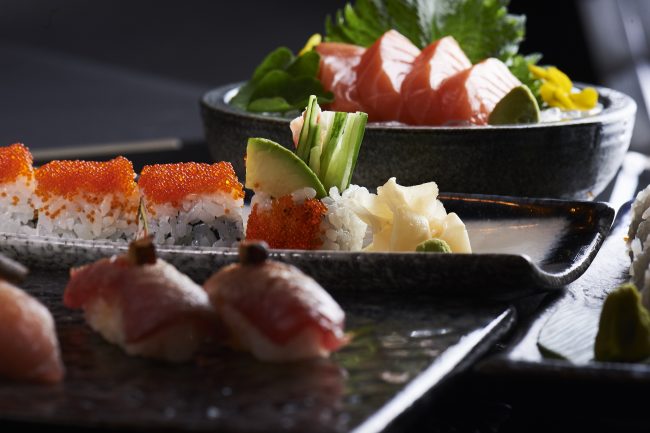 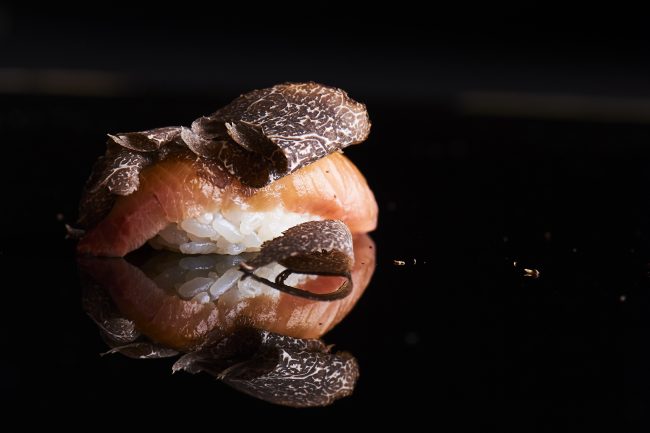 The cocktails are top notch and not your typical alcohol beverages blended with generic mixers that we have been accustomed to consuming with table service.  The cocktail menu offers fun and creative twists on popular cocktails with no short supply of high-end tequilas and mezcals.

We suggest sampling The Sweet Talk – blended with Bombay Star Gin, crème de pèche, fresh sage, honey, carrot juice and lemon juice. El Patron is a twist on the most iconic cocktail – The Margarita. Blended to compliment the sushi menu this cocktail combines Asian elements such as wasabi and yuzu lime with agave syrup and Patron Tequila. 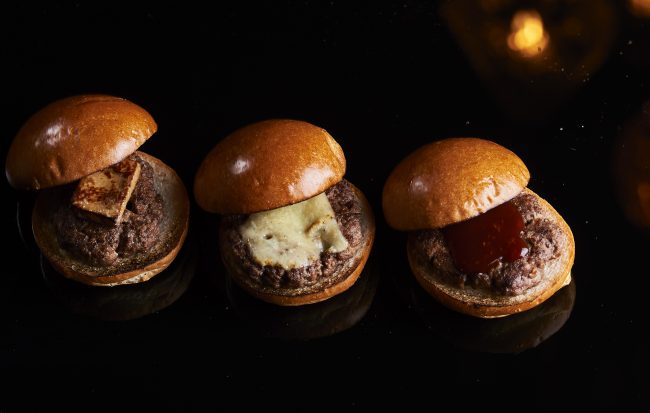 With a roster of impressive international DJs, other-worldy high-tech modern interiors, a killer cocktail and eclectic food menu, Opium is on track to make its mark on the London nightlife scene and worth a visit for a big night out!