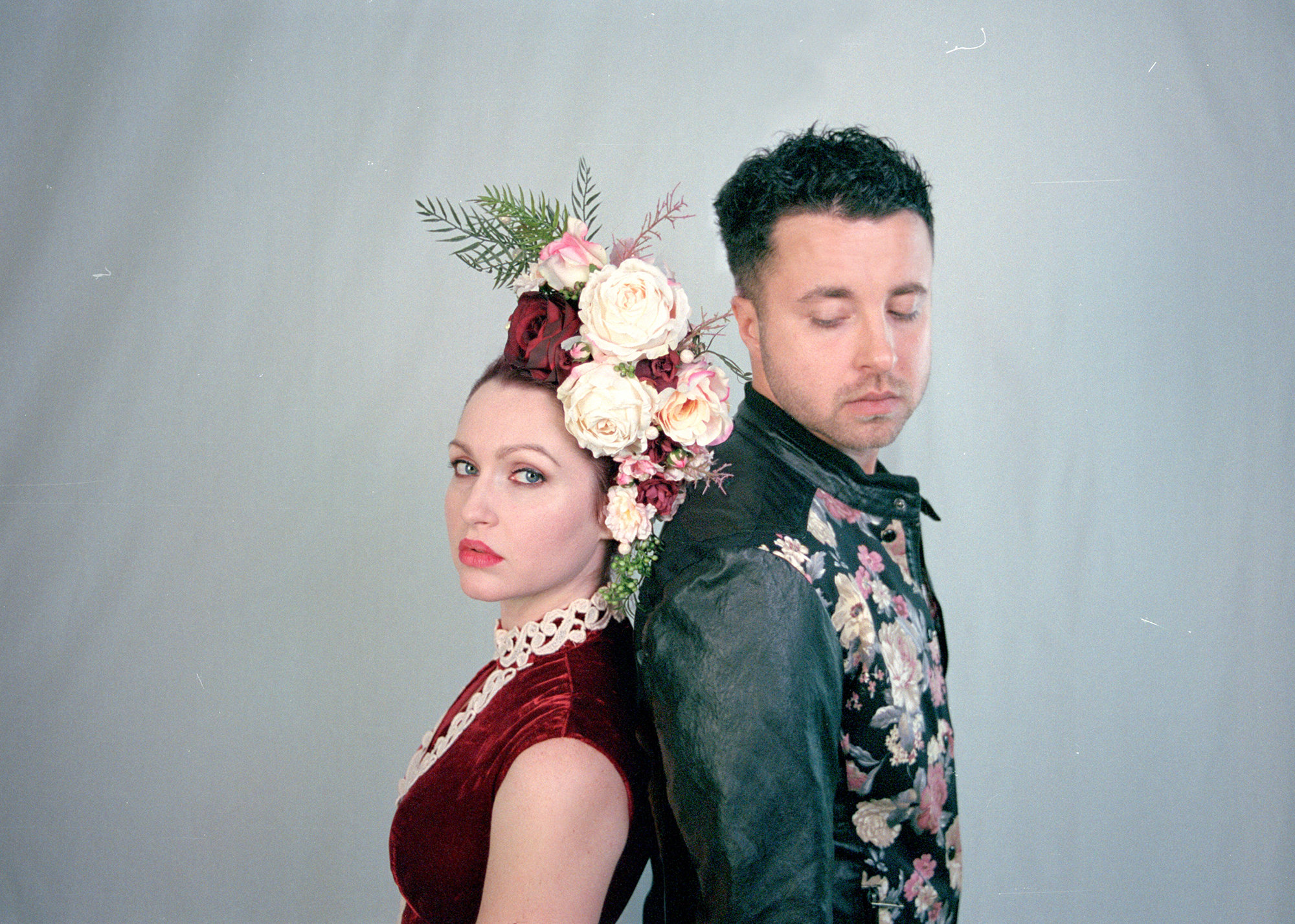 Hooked Like Helen, the husband and wife outfit of Nikki and Jonathan Stipp, are set to release their Tragedy Of Physics EP on the 31st of May via Stipp Manor Music. Tragedy Of Physics was co-produced alongside Grammy award-winning mixer, engineer and producer Isha Erskine (Ziggy Marley, Maroon 5, Black Eyed Peas). Full of piano hooks, intricate, rhythmic bass lines, and epic, driving drums that carry the EP through the subject matter, Tragedy of Physics maintains a solid underlying groove and a constant sense of fresh pop.

In anticipation of their latest release, we connected with the alt-pop duo to gain some insight into what shaped them as creatives, what informs their creative process and what to expect from them in the near future.

We’ve been musicians our whole lives, since we were kids. Jon first picked up a guitar at age twelve and by high school he was playing in the emo band “Trees Are Tall”. Nikki learned to play piano by ear as a kindergartener, and she started tracking cassette tape demos on her karaoke machine around 10 or 11 years old. We were inspired by our favorite artists and albums – for Jon it was rock like Green Day and Guns and Roses that lit that fire in him. Nikki was infatuated with artists like Prince, Mariah Carey and Michael Jackson to name a few. Music became a part of our identities during that critical adolescent phase, and the compulsion to create became imprinted on our brains. The ability to give life to the sounds in our minds is so rewarding for us creatively; with our home studio we’ve been able to explore and delve into the music that we really want to make and it has been an incredibly artistically fulfilling journey so far.

There’s not really a way to give up on music when it’s who you are. We will always write, record and play no matter what else happens in our lives. We feel the competitive vibe that is out there in the industry and it inspires us; there is so much great music being made and it is so accessible within this age of world wide connection. We’ve definitely had moments of discouragement and outside forces that have weighed on us, but at the end of the day, we just express ourselves through our art and make the music that we want to make. Every milestone has been a blessing, but we’d still be here creating even if we woke up in post-apocalyptic void.

The music comes first. It’s usually one melody line (but sometimes a cool rhythmic thing or chord progression) that sort of sparks the moment of conception for a song. It’s like suddenly a whole song is there, in space, and we are the vessels that transport it into the actual world where it becomes a real, audible thing. Nikki experiences chromesthesia (a type of synesthesia in which sounds are involuntarily perceived as colors and shapes) and the colors of a song are already formed in her mind before the song has been completed. On this EP, “Tragedy Of Physics”, we focused on using the colors and patterns that Nikki’s brain associated with the in-progress songs as templates for production and arrangement choices. We embraced the weirdness of it and made the colors match – if a synth was too blue for a particular song, it was replaced with a greener sound. If the guitar wasn’t gold and jagged enough, we tweaked it. The lyrics usually end up sort of rolling out of Nikki as the fleshing out of the music progresses, and little phrasing and timing changes get worked out throughout the process.

We write best when we open ourselves up to what we’re authentically feeling. Pain from the past inspires us, our relationship with each other as a married couple definitely inspires us. The beauty and the ugliness of the world, the news, the struggles of our fellow humans inspires us. If we feel it, we funnel it into music. It’s important to us to make music that the listener can interpret to suit their truth, so we often write in metaphors and broad imagery to tell stories in feelings, rather than super literal or specific themes.

Our favorite song on the ‘Tragedy Of Physics’ EP is ‘Tear This Place Apart’. We tried new techniques in production and mic placement, etc. that we feel pushed us further as musicians and really brought the song to life the way it was meant to be when it was floating around in space haha. We’re pretty proud of how all the tracks on the EP turned out, but we feel like the direction of the sound on ‘Tear This Place Apart’ is new and exciting territory for us!

We love current pop music and we listen to a lot of Halsey, Twenty One Pilots, The Weeknd, Lizzo, Bastille, Walk The Moon, FKA Twigs, Banks, etc.

We have a couple of music videos coming out that we are really pumped to share, and some music in the soundtrack to the dance film “High Strung: Free Dance” that will be out this summer. We are really looking forward to booking a mini-tour in the coming months, and to have a homecoming show in LA where Nikki is from originally, and where she first started gigging as a youngster. We’re already itching to track more music, too, haha!

Listen to Hooked Like Helen‘s latest single, “Beautiful World” below.