Pavel Khvaleev started producing music when he was only 15 years old. He also is a director of independent films which were released on Netflix and Amazon Prime. As a member of Moonbeam project, he was on the world’s best DJs TOP 100 by DJ Mag. Now he is realising his third solo album and working on the new horror feature film “Sleepless Beauty”.

G: What do you consider to be your biggest achievements so far?

P: Speaking about my film-making experience, I will never forget 2015, when our small team and me travelled around almost the whole world with premiere of the “III – The Ritual”, our first full-length film. We visited more than 25 international film festivals from Frightfest England, to Buenos Aires Rojo Sangre Argentina, and won several prizes in Australia and America.

As for the music, I can note several big concerts in Russia and Ukraine. The fans’ energy always inspires and gives new power to carry on your favourite work.

And, of course, the most important moment of my life is birth of my daughter, who is almost 2 now. :)

G: What was your breakthrough moment and how long did you work for it? Did your first idea work straight away or you have tried a few different things before?

P: I started making electronic music in 13, and when I was 20 my brother and I released our first single on vinyl, on the Feed Me Records Portugal label. Only 4 years later one of our tracks was supported by Tiesto in his radio show and we started giving concerts and getting fans. The way was long and hard. As for film-making, it also took some time to come into it, as I had been making videos for my music for several years, gaining experience. 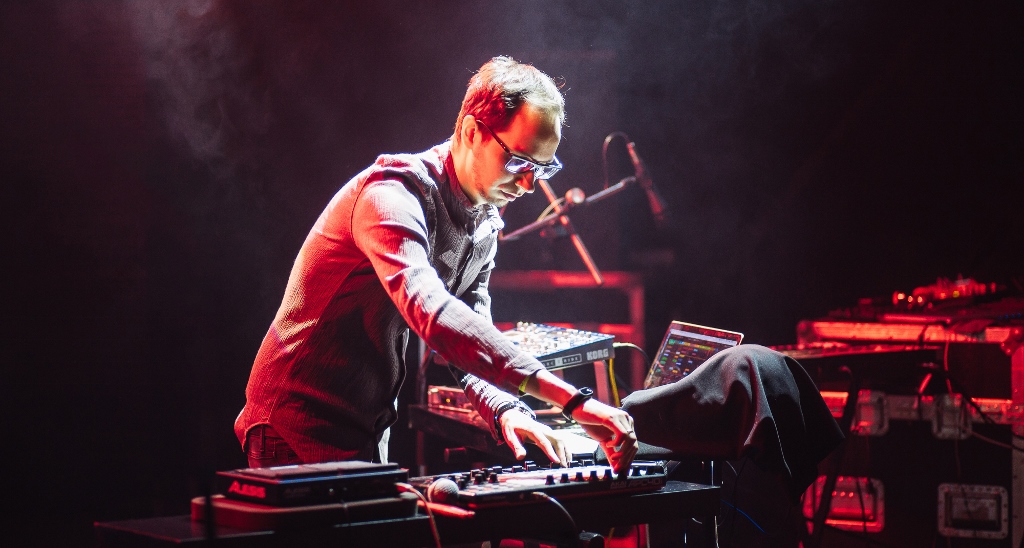 G: What kind of personal/professional habits do you think helped you on your creative journey?

P: I believe, the most important thing in a creative career is to find balance between creative madness and ability to get the job done. As I know very many talanted people, who can create genius things, but lack determination to put them into life. On the other hand, one can totally lose inspiration getting stuck on some idea, that in the end will prove shallow. Value your time and learn several languages.

G: At the early stages of your career, how did your work got noticed by people and the media? How did you get Netflix to buy your movie? What’s your advice for upcoming artists, how to spread the word about their projects?

P: In 2013 my very first pilot film “The Random” (of which I am today a bit ashamed, frankly speaking :) ) was accepted by none of the international film festivals I’d applied to, all of them rejected it, but I needed to experience rejection to try once again even harder! So, the next film became a hit of genre international festivals and was noticed by UCM.ONE German distributor. This company made pitching and we signed a 5-year deal with Netflix. Never be afraid or shy to assert yourself. 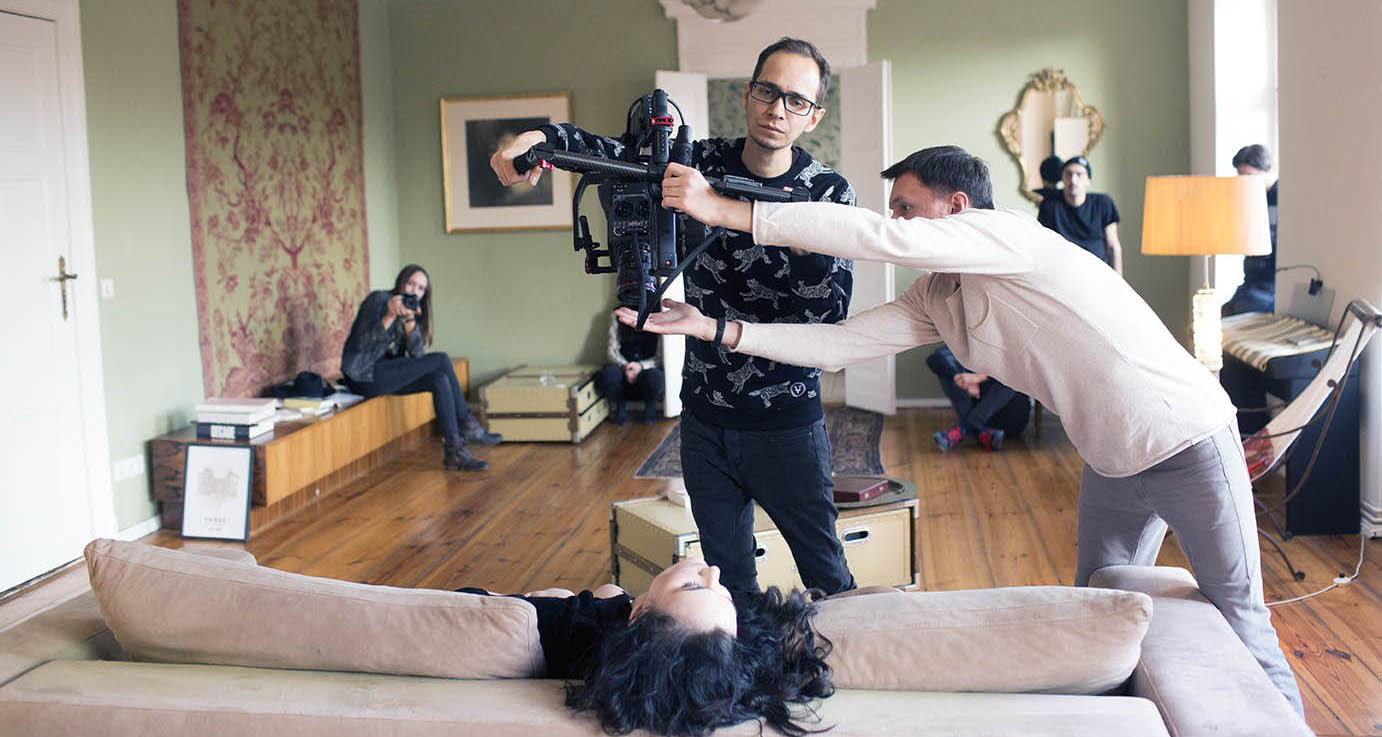 P: My first job was selling computers in a store, then I worked as a sound engineer at a small radio station. At that time music was only a hobby and I spent all the money earned on studio equipment. And at some point the music hobby turned into a real job profitable enough to continue creative development. The budget of the movie “III – The Ritual” sold to Netflix was 15 thousand euros only, as all the actors were my friends and I myself was making all post production, including colour grading, CG and music, for several months. And my next thriller movie “Involution”, that has been recently released on Amazon Prime in the US and Canada, was sponsored by a Russian investor, who had believed in our small team.

P: As for the music, I get a great number of fresh promos from labels each week. Back in the 90th, I was a big fan of Underworld, Aphex Twin and Bjork. Later I discovered James Holden, Lulu Rouge and Royksopp, and this artists influenced me and my perception of music. To date, I have discovered new and very talented artists, such as HVOB, Max Cooper and Tale of Us. They do only what they want to do and they are not afraid to experiment. Their musical experiments inspire me greatly.

Speaking about films and scripts, the idea of the film “Involution”, for example, occurred to us in China, when Aleksandra Khvaleeva (my wife and scriptwriter) and I were on a tour and one day, walking along the overcrowded and noisy streets, fell into thinking about it. We saw much disrespect between people and sometimes even absurd situations in this country. We started analysing and watching what was going on in the world, discovering the proof of the Involution theory. And a month after the first script draft we came across a web scientists’ community studying the facts proving existence of the Involution biological idea. It was hard to describe our feelings, but this definitely was a sign! We contacted them and they were truly surprised with our interest in the matter. 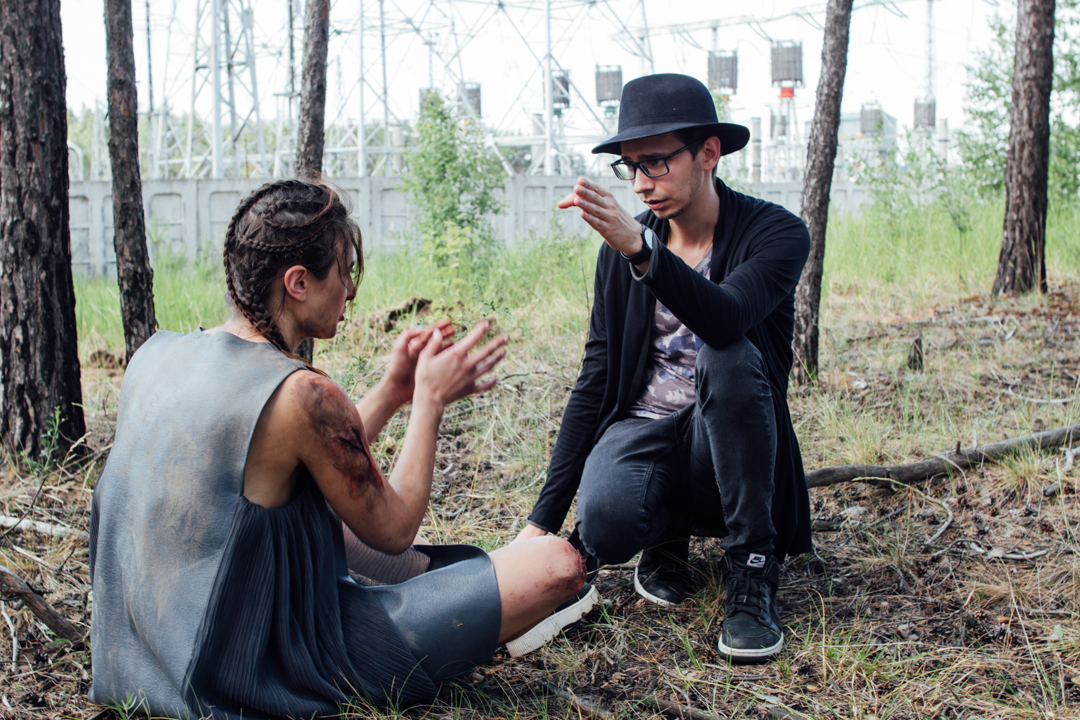 P: To be honest with the audience and themselves, always search for uniqueness and never think how much you can profit on your creation.

P: Regarding film-making, I admire Tarsem Singh; his films The Fall and The Cell have shaped my idea of the visual side in films. Also, South-Korean director Bong Joon-ho is simply the greatest artist!

As for the music, I’ve got several albums of Arca on repeat, his tunefulness and experimental sounds have been fascinating and inspiring me for quite a while already.

P: As a rule, risks are always associated with deadlines. And many times I suffered great discomfort before release of a film, single, album or music video… As you always wish to make everything perfect, but in fact the lack of time makes it impossible, and later on you always think what details could have been improved.

P: I have just released a new music video “Everything”, recorded with a Russian singer Avis Vox. The video tells a story containing allusions to the prominent George Orwell and his novel “1984”. Also, my new musical album made in collaboration with a great number of artists from almost all over the world is nearly finished. And now it’s a great challenge to find a right label for it, as the album sounding is rather different from all that I’ve written before. :)

And it’s already been a year, since I started working on a new auteur horror “Sleepless Beauty”, the world premiere of which will take place in April at Imagine Film Festival, Amsterdam.