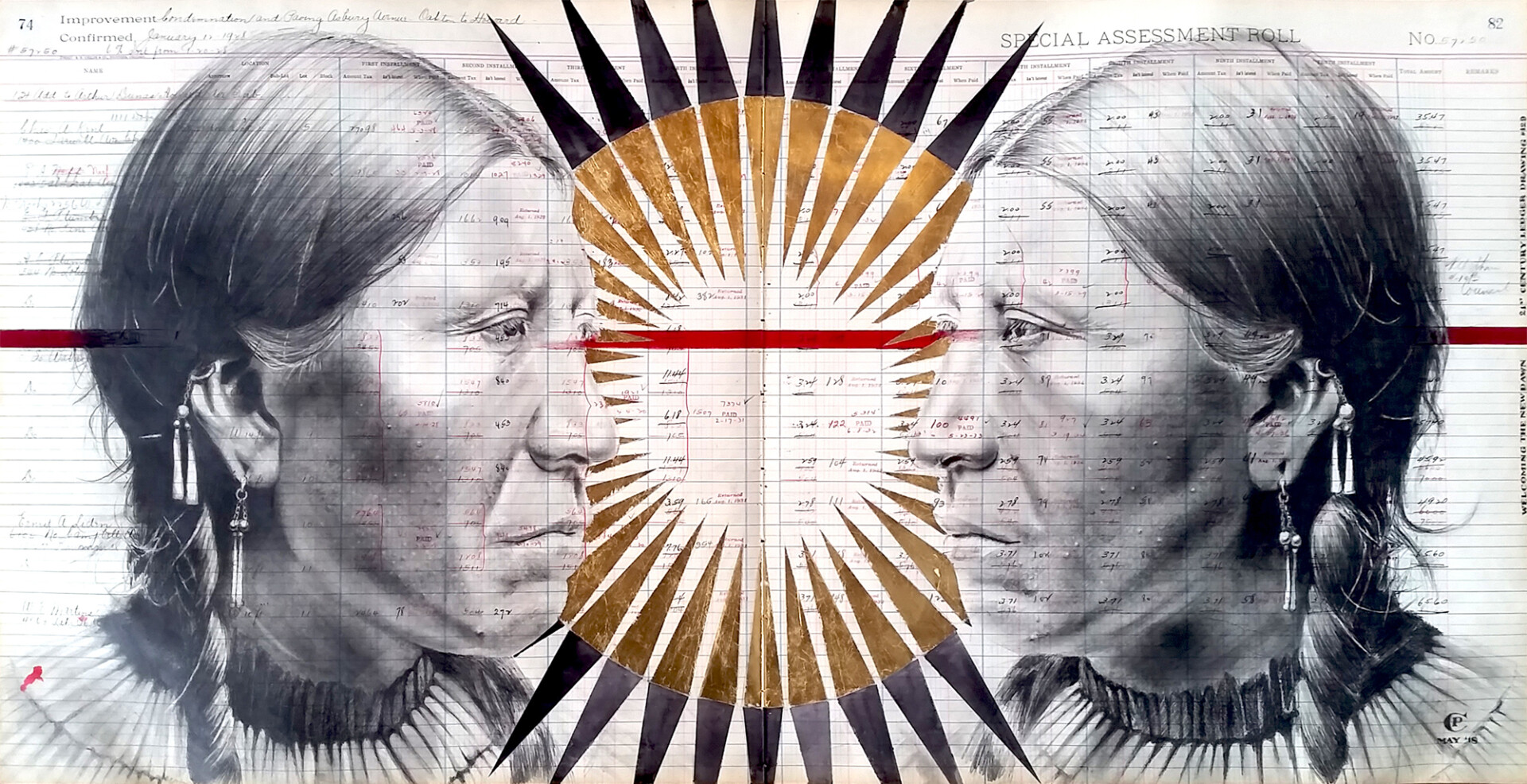 The Indigenous people’s experience in America is one marked by pain, erasure, and perseverance. As a silenced and often forgotten community in the United States, Native American’s face some of the worst injustices in the nation. While many reservations struggle with inadequate healthcare, natural resource exploitation, and violence against women, the only representation and attention they receive are through a fallacy-ridden Disney princess and the culturally insensitive mascots of sports teams. Through all the suffering that they have been victim to, Native Americans continue to persevere and pass on rich cultural traditions from generation to generation. Chicago-based artist Chris Pappan brings these traditions into the light with his mixed-media portraits that challenge the appropriation of his culture and educate non-Natives through his art. 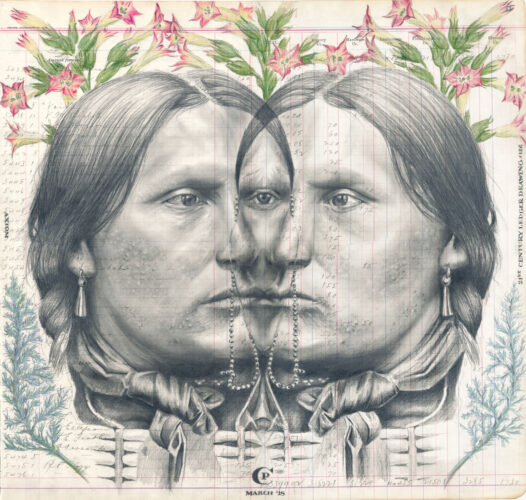 With every tribe and reservation comes a unique set of hardships and experiences. Pappan artistic journey portrays his own experience as a citizen of the Kaw (Kanza) Nation and of Osage, Lakota with mixed European heritage. As a displaced Native who did not grow up his culture, Pappan’s art has been an opportunity to explore his cultures past and present. Pappan’s work draws on the native traditions of ledger art, a style of narrative drawing that uses municipal ledgers, mining certificates, and other materials that carry significance to Indigenous people. The practice emerged in the mid-1800s with Native populations in the Great Plains who used accounting ledger books as a source of paper. Associated with a time in history where reservations were being established and Native communities were violently uprooted, modern-day Ledger art is a way to highlight the Native’s traumatic past and fight the attempted erasure of their history. 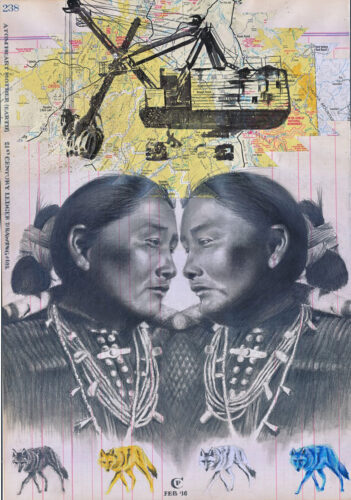 While honouring the Indigenous people who faced struggles in the past, Pappan uses Ledger art as a way to combat present-day racist misrepresentations and appropriation. Some of his recent work tackles the appropriation seen in the Boy Scouts of America organization. By using Boy Scouts neckerchiefs and manuals as his canvas, Pappan reveals the offensive appropriation of Native dancing and clothing that overshadows the real traditions and culture of Indigenous People in America. One of his pieces repurposed the image of a dance instructor on the Boy Scout manual, turning him into a Native American spiritual figure. When describing the pieces, Pappan says, “The whole idea was to bring the spirituality back to these things, to undo the erasure.”

Pappan’s skilled shading of graphite and ink with pops of colour, symmetry, and geometric patterns create captivating multi-dimensional narratives in his art. By emphasizing the fact that Native Americans are not people of the past, Pappan’s art draws awareness to the modern issues that Indigenous people are facing and creates a new and more accurate image of his culture in mainstream media.