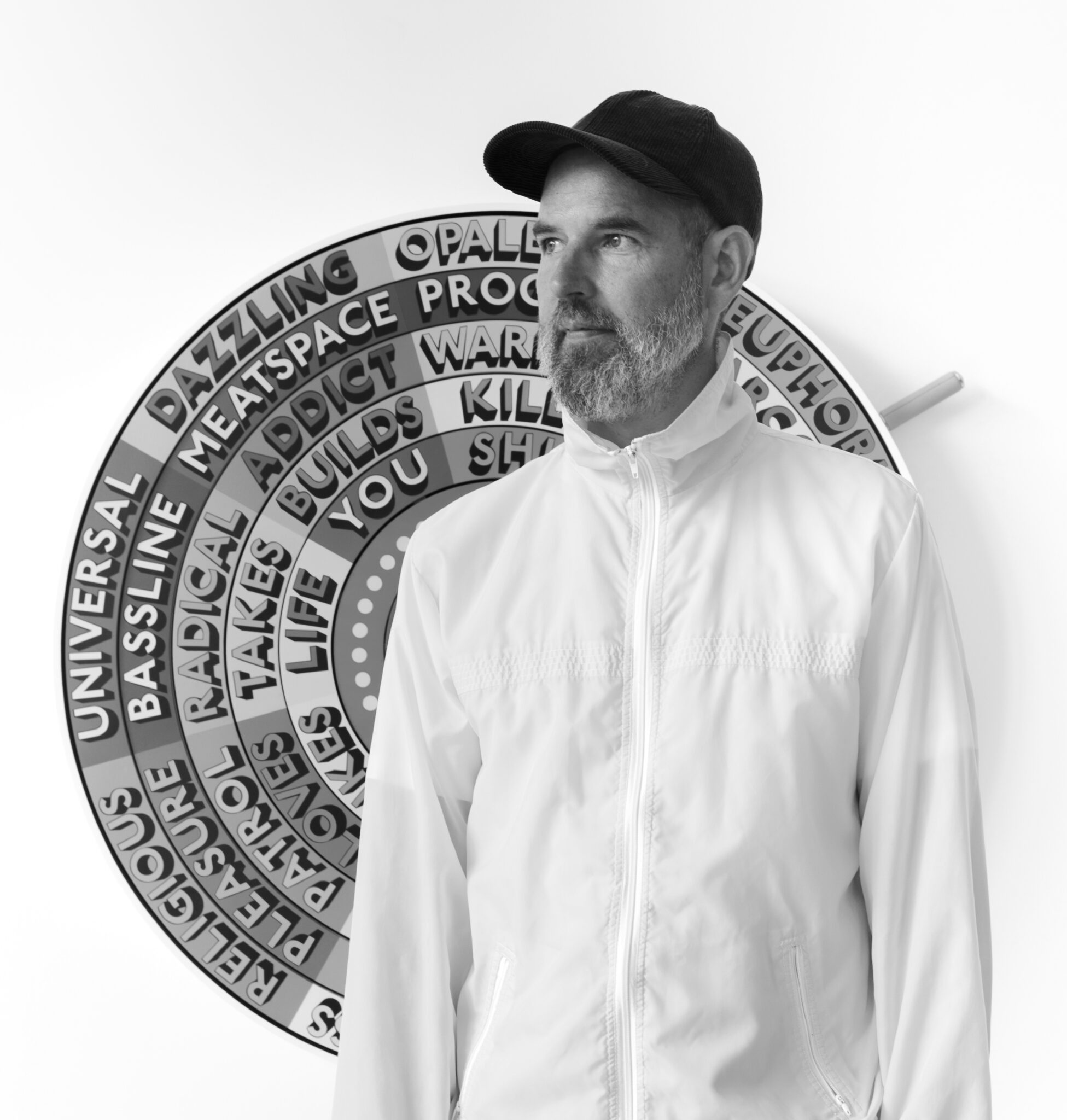 Read More
For his third solo exhibition at Hang-Up, artist Tim Fishlock celebrates his deep love of music and record collecting. His text based paintings explore the esoteric world of online record collecting with a particular focus on the unique language involved in describing music. Fishlock unpicks the coded vocabulary used to concisely explain a record, illuminating both the exclusionary and evocative nature of these explanations. 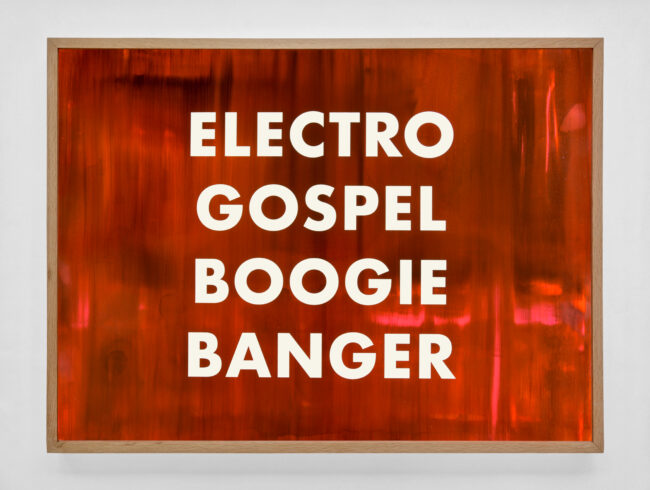 “Descriptions such as LUSH DESPAIRING DARK WAVE not only go some way to deciphering a record (dark wave is the genre) they also, like the best flash fiction, suggest other, more elaborate interpretations. Who hasn’t felt the metaphorical, melancholic crash of a lush, despairing, dark wave at some point in their lives?” – Tim Fishlock

The Unique Language of Record Collecting

The works are almost synesthetic, using language as a tool to evoke sound. Fishlock acknowledges the intrinsic distance between a sound and how it may be described, yet he celebrates this space, leaving the viewer to interpret the music within. In many ways, he is inviting us into this sometimes-exclusionary world of self-confessed music geeks and celebrating an eclectic community through an understanding of music as a great unifier.
“Back in the day, certain record store clerks would revel in their status as gatekeepers and go out of their way to make you feel like a dick for not knowing your Miami bass from your footwork. Nowadays of course, you can do your learning and make your own musical connections online.” 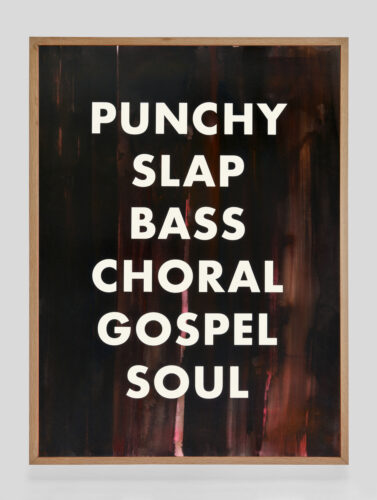 Despite being a visual artist, Fishlock argues music is the ultimate art form as it has the foremost power to “reflect the times; to galvanise’ to provide relief, release and understanding”. He contends that unlike even the most wonderful creative works in other forms, music has the most significant power to connect and is something we carry with us like a fond memory.
Sixteen brand new paintings will elegantly line Hang-Up’s stunning canal side space, each taking on a different genre or record close to Fishlock’s heart. They will be accompanied by QR codes linking the viewer to personal descriptions of the resonances these tracks hold for Fishlock and allowing for an immersive multi-sensory experience of listening and viewing simultaneously. The exhibition thus conjures a multi-dimensional environment and welcomes the uninitiated into the subculture of online record enthusiasts while providing a welcome retreat for the music fanatic.

“Music makes sense of the world. It’s an infinite black hole, taking whatever we
throw at it. War, politics, disaster, love, hate, birth, death – all human
experience is pitched its way, processed and broadcast back to us in ways we
can understand.
Music embraces, co-opts and masters new technology to produce life-
affirming art. When was the last time you saw a piece of digital art in a gallery
that truly moved you?
Music makes drugs work.
And with the right sound system, music physically hits you (though as Bob
Marley sings, ‘you feel no pain’ when it does). The bassline reverberates
through you. If your chest ain’t rattling, it ain’t happening.
Outside of my family and friends, the thing I’m most grateful for is my passion
for music. I lose myself in it. I find myself in it.”
Tim Fishlock 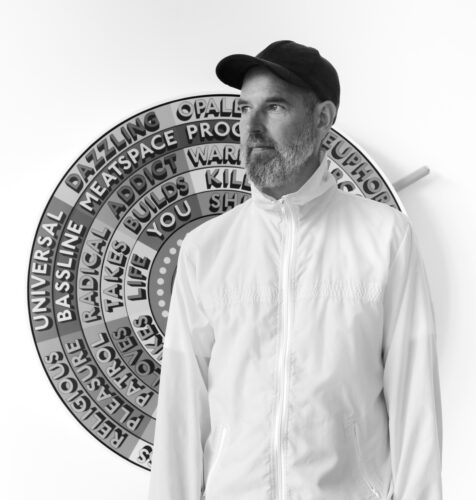 This timely exhibition creates a space for the connection, creativity, and shared experiences that we have been deprived of over the last few years. It invites the record collecting community and all those who love music to put down their headphones and find unity in their shared passion.
Paradise Version by Tim Fishlock is open from 25 March 2022 – 29 April 2022
at Hang-Up Gallery, 10D Branch Place, Hoxton, London N1 5PH.
www.hanguppictures.com  @hangupgallery