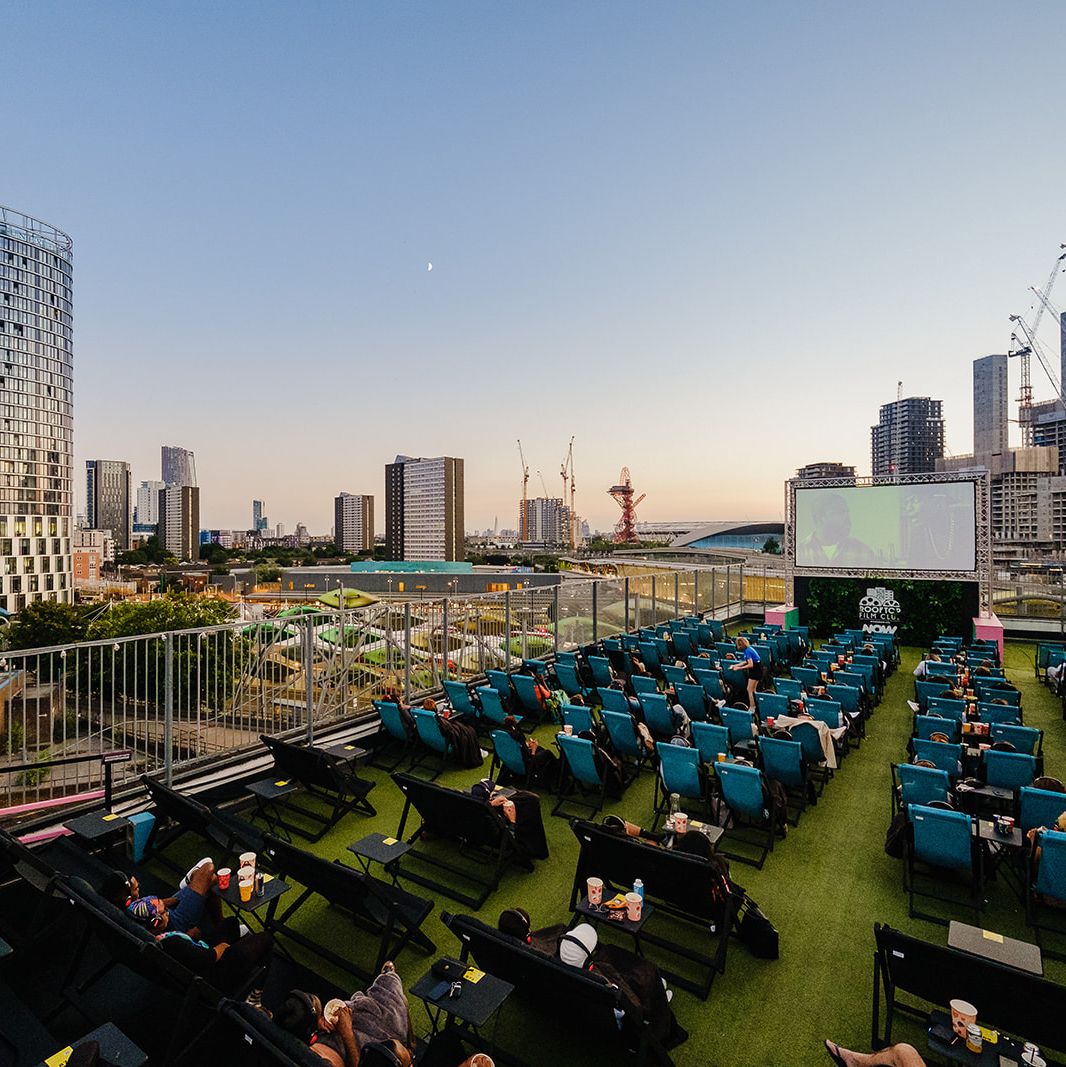 Gather your pals and get ready for a summer to remember as London’s original outdoor rooftop cinema, Rooftop Film Club, is back. Reopening at Peckham’s Bussey Building on 29th April and Roof East in Stratford on 3rd May, this year’s programme features cult film favourites and must-see new release movies, plus a whole host of exclusive events and exciting partnerships from a London Fashion Week showcase to a carefully curated celebration of Black cinema.

With unparalleled views of London’s skyline, there’s no better place to settle back and catch your favourite flicks. The new season opens with True Romance in Peckham and Baz Luhrman’s The Great Gatsby in Stratford. Rooftop Film Club’s collaboration with Hearing Dogs for Deaf People, this season’s main charity partner, kicks off on 2nd May in time for Hard of Hearing Week. Together, they will launch a series of curated films complete with signers and HOH subtitles, screening throughout the season.

Make sure to look out for the ‘Marmite: Love it or Hate it’ series launching in May as well, a celebration of films that should’ve won an Oscar for dividing audiences including La La Land (6th May at Roof East) and Donnie Darko (26th May at Bussey). Plus, Tom Cruise fans can get their fix of swoon-worthy flicks with an entire weekend dedicated to films featuring the man himself. Head down to Bussey for Collateral (27th May), Jerry Maguire (28th May) and Risky Business (29th May), or to Roof East for Cocktail (27th) and Mission: Impossible (28th) and indulge in a whole weekend of Cruise Control.

July sees Rooftop Film Club serving up big 90s energy with a series dedicated to iconic prom movies. With the roof kitted out in full Instagrammable throwback prom decorations & a chance for guests to win a limo ride, would you want to miss it? AS IF.

Rooftop Film Club is also introducing a Black Cinema series to showcase Black talent in the film industry, collaborating with young Black creatives to curate a programme of Black films that have all had a huge impact on the industry. September brings something for the fashionistas with a series of films inspired by London Fashion Week curated in partnership with London College of Fashion. Plus, the Royal Institute of British Architects will once again be putting together a series of films at Bussey Building to celebrate the London Festival of Architecture.

No cinema trip would be complete without a selection of delicious snacks. At Peckham grab a sundowner from the all-new cocktail menu at the Instagrammable Bussey Rooftop Bar, and sample an authentic stone-baked delight from Share A Slice pizza, who will be serving up fave classics plus lots of new & exciting flavour combinations. At Roof East, you have the whole roof at your disposal. Grab a snack at Naughty Burger, Raastawala, Piddaji and Treats Club and sample a whole range of drinks including wine, craft beers, soft drinks and mocktails alongside a specially crafted cocktail menu.

Founder of Rooftop Film Club, Gerry Cottle Jnr said, “Cinema, like many other industries, has had a couple of turbulent years. In 2021 it was challenged more than ever. Watching a film on the big screen with other like minded people creates a buzz that simply can’t be replicated at home, but with the lack of new cinema releases coupled with the rise of COVID cases, last year’s movie-goer was understandably hesitant to leave their sofa.

However, the ethos of our business is ‘social cinema’ – we celebrate everything that is great about film. Having started out in 2011 as the UK’s first rooftop cinema experience, we’ve reinvented the way people enjoy cinema for the past 10 years, and can’t wait to welcome the public back for another instalment of unforgettable memories. For us, it’s all about nostalgia, escapism, delicious food and mouthwatering cocktails against a stunning backdrop of the London skyline, and of course, the opportunity to catch a new or favourite movie in a completely unique setting.”

Rooftop Film Club is delighted to renew its partnership with streaming service NOW for a second year. A partnership made in movie heaven, NOW is as passionate about curating world class cinema for their members as we are about bringing films to the big screen. From the latest blockbusters, including Fast & Furious 9 and Venom: Let There Be Carnage*, to the spectacular BAFTA-winning Dune*, NOW hand-picks the best cinema for every mood. As well as top movies, NOW are proud to bring their members the latest shows, including Emmy-winning Euphoria and DC’s Peacemaker series; and unbeatable sport from the Premier League and 2022 FIA Formula 1 World Championship.