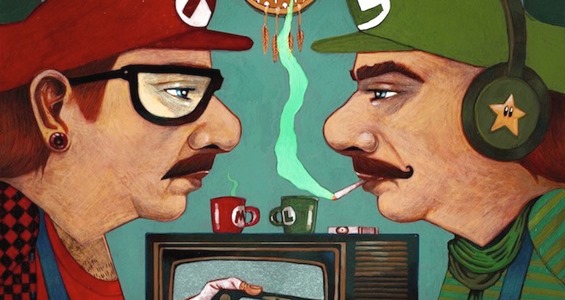 This time last year if you went within a mile of Charing Cross you’d have caught a glimpse Rebecca’s artwork looming over what is now Foyles Bookshop on a 29 metre x 8.5 metre illustrated building wrap covering the entirety of the new store whilst it was under construction.  Rebecca turns up @ILLUSTRATED 2015  in a few weeks time with a collection of somewhat smaller pieces but her eclectic compositions and bold use of colour will ensure she stands out among a host of others at this years premier Illustration and Street Art event.  Recently completing professional contracts with VICE, Estee Lauder, WPP, STRIKE Magazine and The Teenage Cancer Trust, we managed to grab a few minutes of her time …

There’s no doubting your stuff looks good but how do you create it !? It looks digitally compiled but many of the components appear hand drawn, is this a fair way to sum up your technique ?

My method has evolved a bit over the years, so the work in my portfolio is all created differently. I used to paint everything in acrylic. Then I started adding digital touches to artwork afterward. This evolved into hand-drawing individual elements, then assembling, colouring, and texturising them digitally to form final compositions. Recently, I have been drawing from scratch using a digital tablet. Everything is still drawn by hand, but on what is essentially digital paper. Save the trees!

You regularly illustrate for Go Comics often touching on fairly controversial political subject matter, to what extent are these pieces a reflection of your own views ?

I have full creative freedom with my work for GoComics, which is great. That work reflects my views almost exactly, except that I’m probably even more impossibly liberal in real life. Also, GoComics is geared towards a US audience, so my work for them focuses on topics relating primarily to America or America’s relationship with the world. In my daily life, I’m more interested in internal British politics, but until a majority of Americans can name the British Prime Minister, much less its minority political parties, it seems best to stick with America-centric topics – as much as I’d basically just like satire UKIP nonstop. 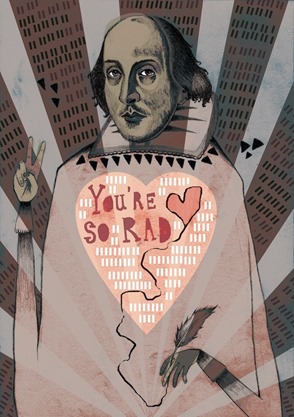 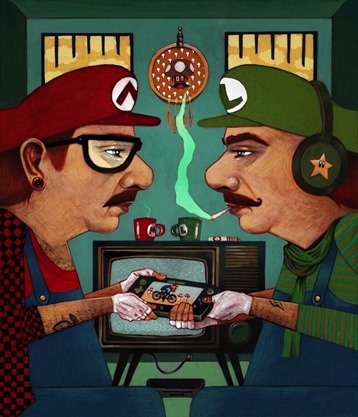 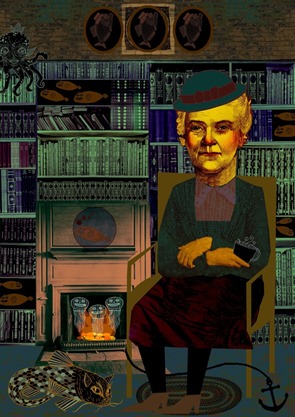 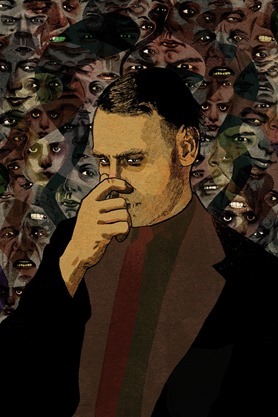 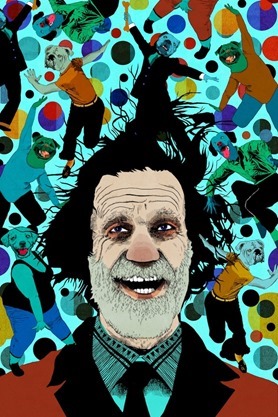 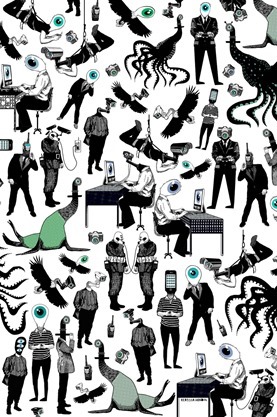 There should be no official line drawn on satire, as far as I’m concerned. It’s not satire’s job to make people feel comfortable, or to reinforce anyone’s beliefs. If it offends, so be it. That said, ideological offence is not an emotion with which I empathise much. Only by allowing in opposing viewpoints, can your own be examined, then rationally upheld or upended. Anyone who sees his or her own choices or beliefs in opposition to satire must hold rather weak beliefs.

The characters in many of your pieces often emanate a fun sense of English eccentricity, many of them are also animals with human bodies – how have you developed this very distinctive style ?

I’m not English, but I’ll certainly take that as a compliment! Perhaps the many years spent in England have rubbed off by way of humanoid animal drawings. Or perhaps it’s from spending a lot of time looking at animals and people and seeing less meaningful distinctions between them than similarities, so deciding to bosh them together on paper. There was also a reasonable amount of mind altering chemicals that came my way as a youth. Also, I like nature. I’m sure somewhere in there lies the answer.

Much of your work is very detailed with wonderfully busy narratives, is it easy to over do it adding too much detail ?  When do you know you’ve finished ?

I basically work until something just feels right. Or until I feel like I’m on the brink of insanity and cannot, cannot look at the piece any longer. Or when the deadline comes, which hopefully comes after the former, and before the latter.

My editorial cartoons for GoComics will continue to come out a couple times each week for the foreseeable future, at http://gocomics.com/rebecca-hendin.  I have a few other client jobs keeping me very busy right now, as well. I’ve also been in talks recently for something that I’m really excited about, but can’t talk about yet. So I’ll just bow out mysteriously and say in the meantime to check out my website , Facebook artist page and Twitter (@hendinarts) to keep up with my work – hopefully see you @ ILLUSTRATED 2015!!

2014 – Shortlisted by the Association of Illustrators for AOI Awards.

See her in a few weeks time, tickets available here.