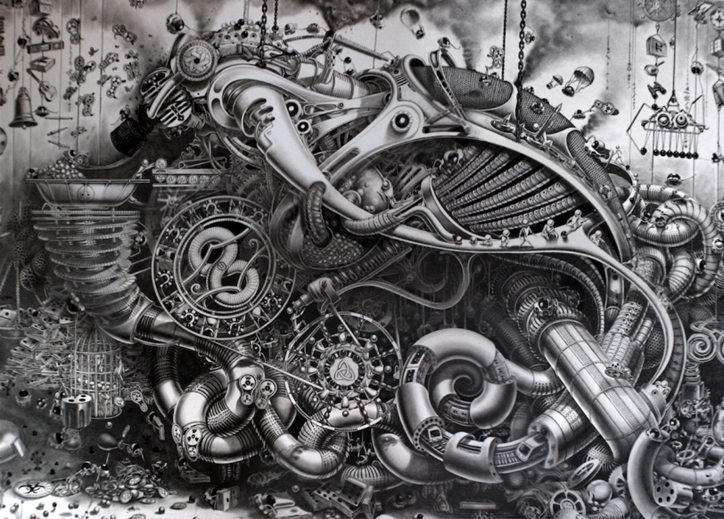 In the lead up to ILLUSTRATED 2015, the brand new illustration and street art show arriving at the Old Truman Brewery this spring, we begin a new series directing you to some of the artists who deserve your attention right now.  First up is Dominican artist, Samuel Gomez. As Creative Designer and Illustrator for some of the top US design agencies, his impressive commercial and editorial portfolio already includes work created for leading brands such as Coca Cola, Pepsi, Dove, Gucci, Unilever, Estee Lauder among many others. But its his personal work that has earned him international acclaim as a clever and considered visual storyteller. Creating colossal works depicting mechanical scenes, there’s no denying the very dark and ominous tone to Gomez’ artwork. It is bold and impacting at first glance, but at a closer look, delicate concerns rise to the surface. We interviewed Sam to find out a little more about the man behind the mechanics.

Your artwork explores a vast range of universal science, socioeconomic, automation and sustainability issues, through complex worlds in graphite and ink. What emotions are you hope to inspire in the audience through your work?

I encourage my audience to always be open: I hope they are able to see through the superficial to understand my story of a world where free from mechanical tasks and slave labour. At the same time, I hope to make them aware of the tipping point – when a fully intelligent and automated society may walk us blindly into the abyss of inequality, monotony and recklessness.

Would you say your work offers any solution to your evident social concerns?

Not directly. I want my work to entertain while still translating my ideas of contemporary struggles. For example, ideas surrounding sustainable energy have been around for decades; I used allegories from these subjects to create ‘The WattSnackers’ which is based on the facts that certain living organisms are capable of harvesting energy directly from the sun. What humans could some day do the same? 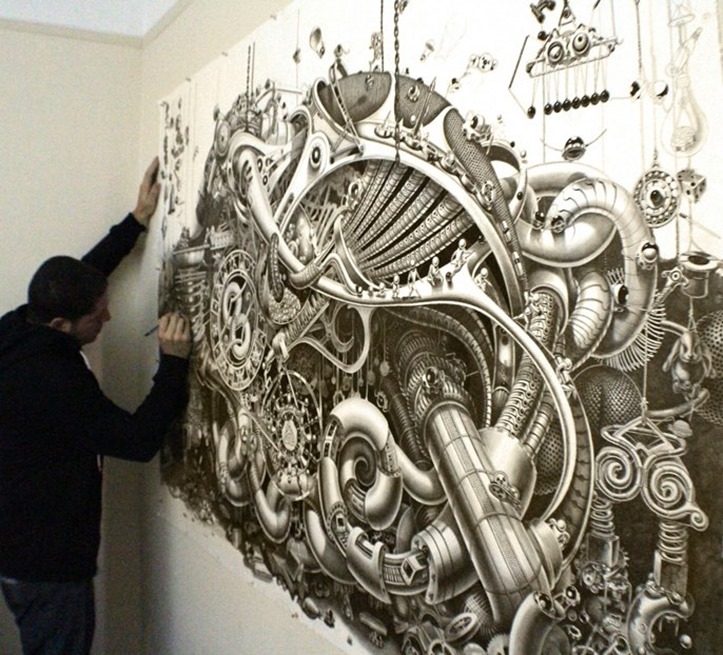 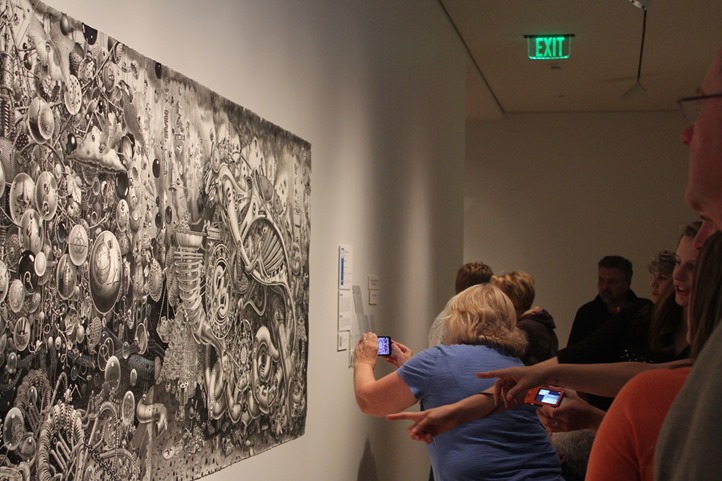 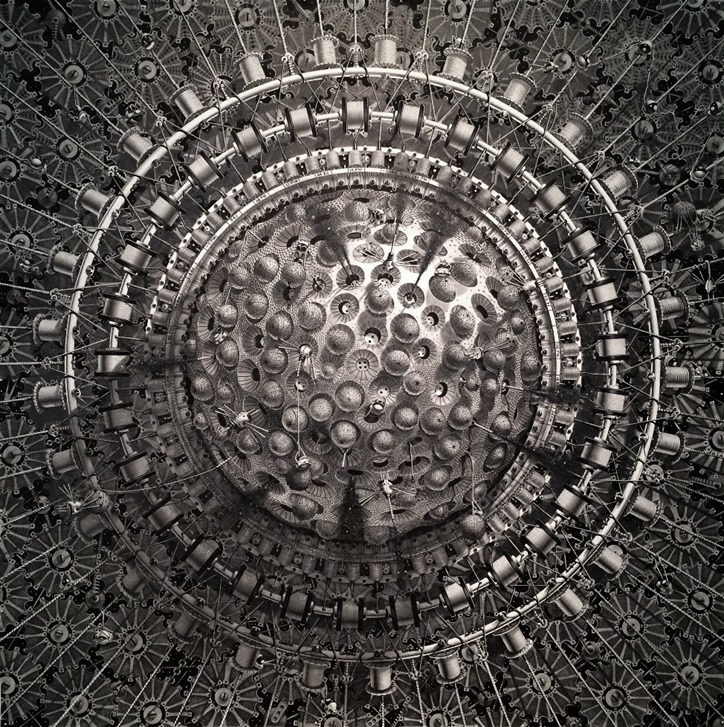 Has your background at some of the top design agencies in New York and Chicago influenced your thoughts on corporations and capitalism?

Not necessarily, but as I began to understand the blueprints of Capitalism, I began to question why we keep protecting and improving a system which functions to keep us consuming, creating and advertising stuff we don’t really need; things that will end in the garbage or somewhere in the third world and poison the planet. Even tiny insects with insignificant brains do it better than us. I believe a resource-based economy might be the way to go.

Your work has been described as a ‘surreal steampunk hybrid’, what does this style offer you creatively as an artist?

It allows me the freedom to create my own ‘Automated-Theme Parks’.

Do you believe there is hope for a sustainable future? And are we likely to see this portrayed through any future projects? And will you continue to develop these ideas?

Current tendencies indicate we are pushing really hard to protect the planet. But it’s also silly that we’re spending billions to locate water on other planets while fracking poisons the clean water we have left here. Political gridlocks have to ease first, I guess, and while we hopefully work towards that, I will definitively continue depicting sustainability issues in my future projects.

So what’s next in the pipeline?

I’m looking forward to participating in my first UK exhibition of the year – ILLUSTRATED 2015 at the Old Truman Brewery. I’m working on an exciting new piece which I will be exhibiting there. I’ll be revealing previews of the artworks each week in the lead up to the show.

Acknowledged as one of the Top 25th Public Vote during Artprize 2013, Gomez has participated in numerous exhibitions around the world and will be joining a fantastic line up at Illustrated 2015 this May.