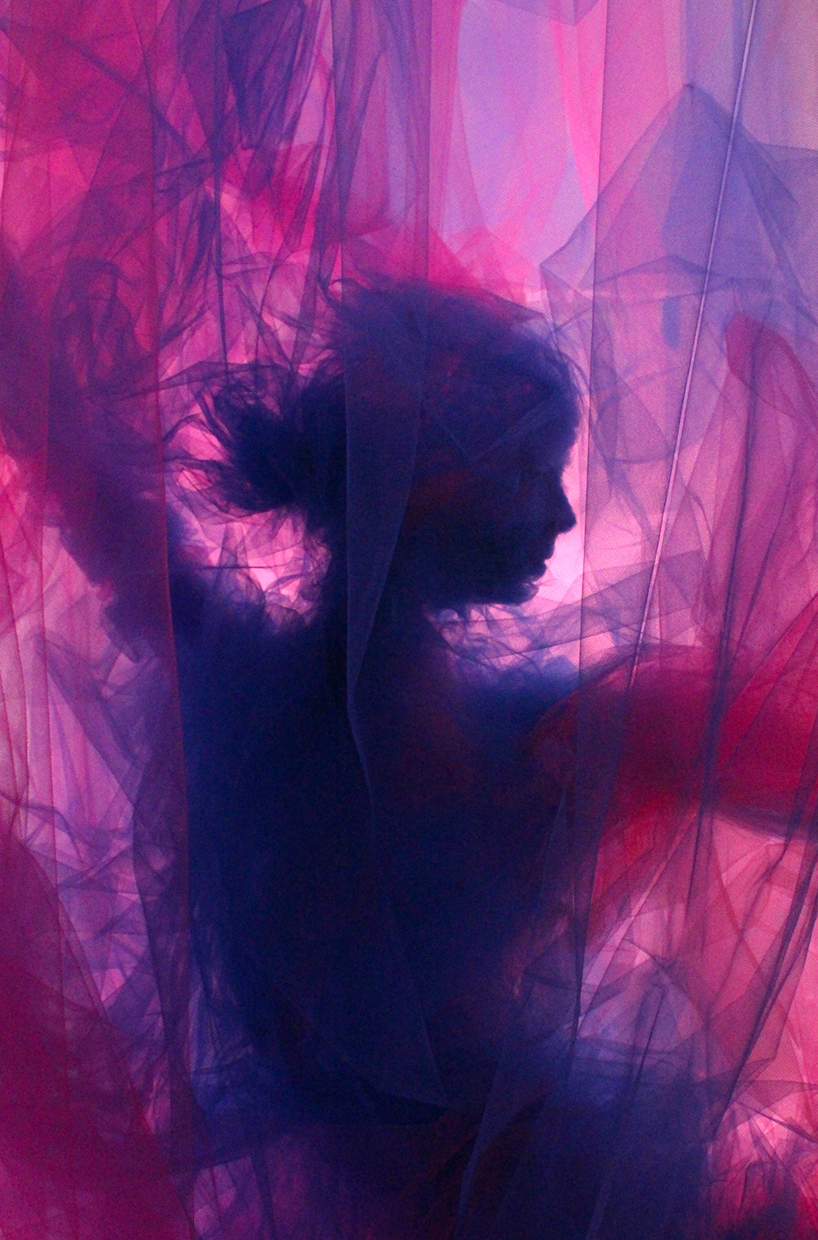 The Dance of Creation

Human creation is a dance. A “flow and momentum” of energy, as artist Benjamin Shine describes it. He holds on to this idea for his new project. Appropriately titled “The Dance,” Shine created a mural of sorts. Instead of paint, however, he used tulle. This material is not only perfect for alluding to ballet, but it has a symbolic meaning for Shine. Tulle, just like moments in life and human creation, is delicate and fragile. It could all come down with enough force or even just a wrong touch.

Shine’s projects are particularly fragile. Each tulle-based work (including this mural) is held on only by thread or heat. The artist creates most of his works by ironing the tulle into a canvas, nothing more. In this case, since there is no actual canvas to work with (there is just wall), he relies on thread and tulle, nothing more. This is why the mural is so impressive. The details show a perfectly outlined face and a series of dancing bodies. All tulle figures come out of a bottle that Shine placed in the center of the work. This is the “source of all energy,” as he calls it. Just as the colourful tulle comes out of the bottle, all human creation has one origin: our own brains.