Death of a F*ckboy

‘Mind the shards of broken hearts’

It was London’s ropiest single’s night, ‘Cupid’s Caboose’. A ball for the brokenhearted where anyone alone was invited. Darren had made it. He was done waiting for his ex to text him back. Two blue ticks and no reply. To send your flesh and hear nothing back – nothing’s worse than that.

‘Any persons found cockblocking will be asked to leave’

The night was hosted by Billy Jowl, a toupeed entertainer plucked from the end of a pier. Pink suit, small hands. He welcomed the crowd, blabbering on about how Cupid was in the building, that there are no rules for love, and that it’s ‘totally fine’ for two men to cuddle each other.

“Whatever happens in here, stays in here!” winked Jowl, tapping his nose.“Sleeping with your suitors isn’t advisable on the first night,” he continued, “but if you do – rubber the ducky up!” Bringing condoms was fully encouraged by the venue. By brandishing one at the bar you even got a free Sambuca shot. 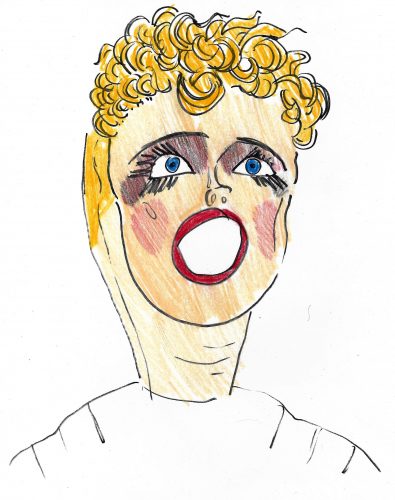 The party was flowing like a half-decent wine. White-haired men slow dance to dubstep, as some gurning fuckboy slutdrops nearby. An old chap breaks wind out of shock. Heads turn, stomachs churn. The old gent plods to the bathroom and the night carries on.

A smashed lass in smudged lippy then appears. “Who wants a slice of Auntie Mama?” She belches.
Her cracked lips looked to be made of toast.
“Naaah,” says Darren on behalf of everybody.
“Pfft.” She sulks off with her middle finger in the air. “Queens!”

Darren was now in full arse-pinching mode. His freshly shaven balls made him feel 30 years younger. He spotted someone at the bar. A long woman with broad shoulders and black hair. Her azure eyes looked like they’d turn your tongue blue if you were to pluck them from her head and suck them. He decided to tell her this.

“Well thanks,” she smiled.
“My favourite colour is blue,” said Darren. “… Do you like colours?”

This was Alice. Much like Darren, she was also romantically unemployed. They talked of Tinder, disposable one night fucks, and their most recent flames.
“My ex,” Darren barked, “was the breed of girl who’d sit on your shoulders at a festival and forget you’re even there.”
“Right.”
“She wouldn’t even bless me when I sneezed.”

Alice gushed forth with torrid experiences of her own. Darren became increasingly entranced by her. The flex of her lips, her tongue dancing behind her teeth. He was so bunged up with desire, it muffled the sound of her voice.

As she spoke his mind drifted far far away. Drifted to a land of velvet where they were one entity, entwined and drinking red wine. They were watching murder mysteries on warm summer nights, scrawling poems on post-it notes, and drenching their bed sheets in love drops.

The fantasy steamed up. Alice grabbed him by the chops and throws him onto the bed. She slides off her midnight black kimono. All he can see is her hips and the moon. “Keep your fucking socks on,” she says – and he returns to reality. 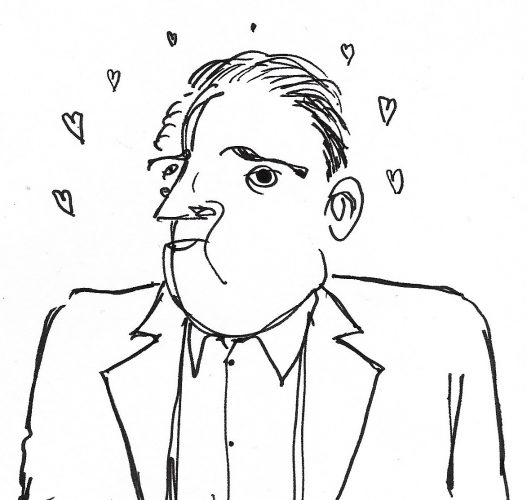 Jowl was back on the mic: “For those of you struggling in your search for a V Day kiss – it’s £1 for 3 chat-up lines in the vending machines. That’s ‘3 zingers for a quid’ ladies and gentlemen. For afters, there’s the Palm Tree massage parlour down the road – open all hours. Competitive prices for all of your vices!”

Darren was getting drinks. “Two starchy IPA’s please, and one shot.” He handed the barman his condom. The barman handed it back. “It’s out of date mate, can’t accept it.”
“Sod the shot then.”

Alice wheezed with laughter. As she laughed her hair fell like black velvet curtains draping her ashen face. A waterfall of inky locks. Her beauty was so severe, it was almost laughable. Darren gave her a beer.

“Can we have a photo together?” He needed to document this night. It still didn’t feel real.

Billy Jowl’s tie had loosened: “One hour remaining ladies and gentleman – one hour!”

The dance floor looked liked the last days of Woolworths. A bald man drenched in sweat was being lead away by the old lady in lippy. They were going the way of the exit. Before being bundled out the door he looked back with fear in his eyes.
“Tell my wife I love her” he squeaked, before never being seen again.

Darren and Alice remained in the bonkers booth.
“One more photo with the dog filter!” he grinned. Alice said nothing.

She reached into her bra, and handed him a card. It was her number.
“I have to fuck off now,” she said.
“Why?”
“You didn’t listen to a word I said earlier did you!”
Alice tucked a strand of hair behind her ear and kissed him on the mouth. As her lips eclipsed his, he lifted 5 (or possibly 6) inches off the floor.

Then she was gone.

Billy Jowl had finished his shift. He sat on the edge of the stage fanning himself with his hairpiece and scanning the hall. “Just silhouettes dancing lonely pirouettes!” he muttered to himself.

Darren lounged caressing Alice’s number. It was a dreamy medley of digits, beautifully arranged into 11 separate kisses. The way it climaxed with a string of four consecutive 7’s – it was just perfection! He dialled the number.