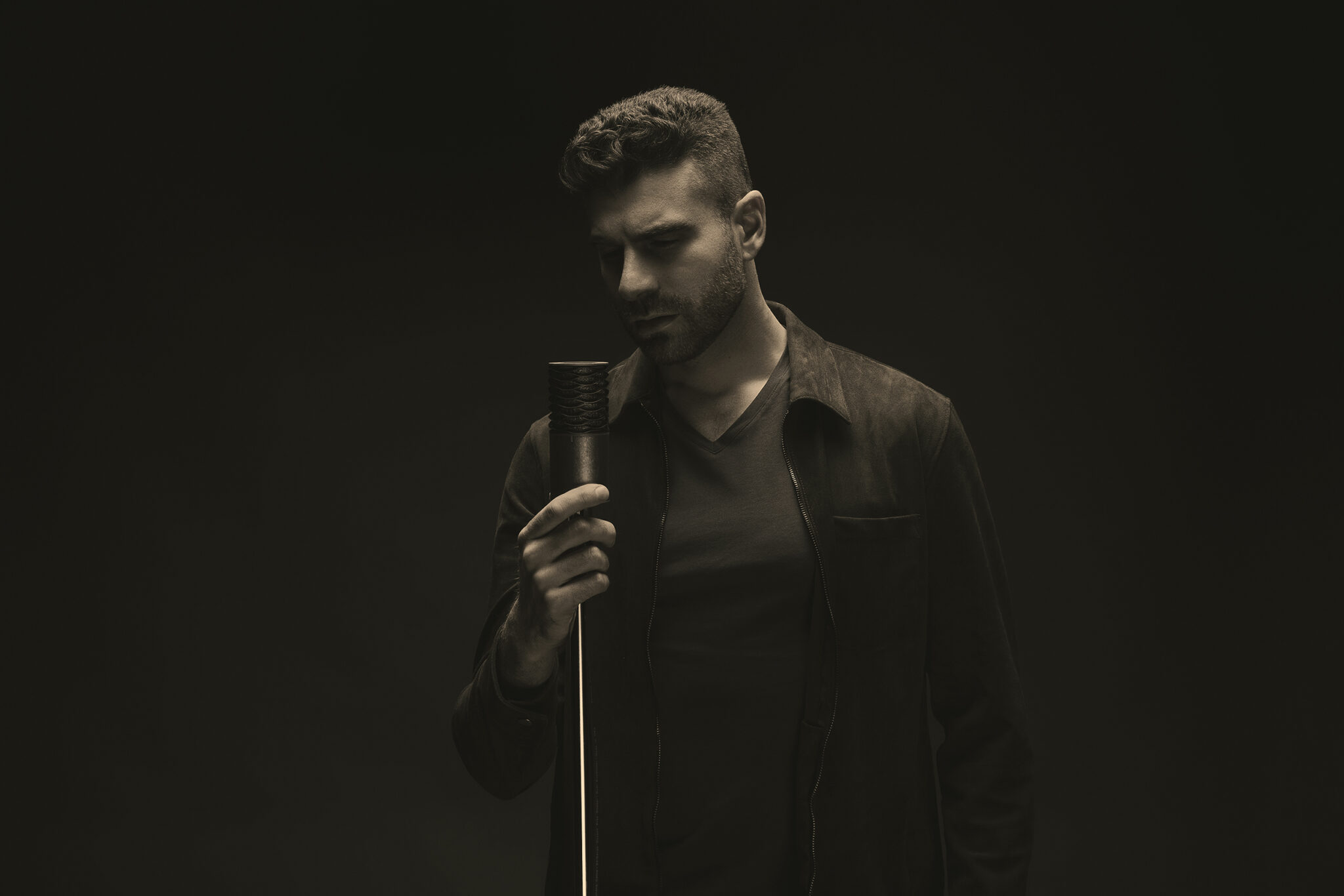 Canadian-born multi-instrumentalist, singer and producer Mark Pelli, who is well-known as the co-founder for the critically acclaimed Canadian reggae-pop-fusion group MAGIC!, has been going from strength to strength in his new solo music venture. An incredible performer and vocalist, Mark Pelli has performed with legendary songwriter Stevie Wonder in the south of France at a coliseum while on tour with fellow soul artist and vocalist Justin Nozuka, as well as with numerous other acclaimed musicians.

Pelli started playing the piano at the tender age of six, takes inspiration by nostalgic motown and soul artists Sam Cooke and Smokey Robinson, the influence of which you can hear in the gorgeous crooners on this upcoming album, due to be released this year. As well as being a prolific and experienced songwriter, Pelli is also notable producer and engineer, and has produced records and tracks for many top artists including Usher, J Cole, Chris Brown, Shakira, Anthony Hamilton, Trey Songz, Sabrina Claudio, JoJo, Marsha Ambrosius, Jennifer Lopez, Classified, the legendary Diane Warren and many, many more.

Tell us about you; how long have you been producing music? What inspired you to start?

Hi there :) I’ve been producing music now for about 23 years.  I started off with piano at 6 years old—my parents forced me to practice for which I’m now very grateful.  I started guitar when I was about 11 and then more seriously at 13. Throughout it all I had been singing. Started my first band at 14 and as a result of having drums and bass in the basement, I was able to learn those instruments as well.  I first started producing around 15 years old with a 4-track tape recorder. I then moved up to an ADAT digital recording machine. I interned and worked at various studios learning from some very talented producers and mixing engineers. In my early 20s I took a bit of a break with production and engineering and focused more on practicing as I was in school for classical piano and then subsequently for jazz guitar.  In my late twenties I became obsessed with music production again and started getting cuts with major artists and I haven’t looked back since.

The music industry is super competitive these days, was there a moment in your life when you wanted to give up on music?  How did you manage to stay focused and achieve what you wanted?

You’re totally right the music industry is very competitive these days.  I never wanted to quit but I certainly have had many moments where I felt very uncertain about whether or not I would be successful.  A wise teacher I had many years ago told me that success in music can only be measured intrinsically and I’ve found that to be totally true.  I think for many artists it’s very difficult to disassociate yourself from how well your music seems to be doing concerning number of streams, radio success, YouTube views, instagrams followers, etc.  I’ve been lucky to have a #1 record that I wrote but truly it primarily boils down to just that… “luck”. There is some talent, hard work, and good decision making that’s involved in the process of achieving a number one billboard hit but, as we all know, there are tons of unsung heroes and fantastic talents that are equally and arguably more deserved of this and yet they rarely achieve it.  There’s no need to beat yourself up or be too hard on yourself if your metrics don’t add up to what you had initially envisioned. Just keep going and continue making the beautiful music that pours out of you.

The musical process for me differs greatly from one song to the next.  In the case of my my most recent solo single ‘You Changed Me’, I started off with the vocal melody and lyric for the hook and then wrote the verses afterwards.  The harmonic progression remains static for the entire composition so it really was just a matter of creating some crafty melodies and lyrics for the verses.  The guitar solo for the bridge just sort of came out naturally and I didn’t overthink it very much. To be honest the most difficult part of this song was actually just mixing it and making it sound vintage.  I used several plugins to give the impression that it had been recorded on an analog tape machine. The most successful song I’ve co-written is ‘Rude’ by my group Magic!. For that song my main contributions included writing the lyrics to the hook “why you gotta be so rude” and playing a guitar solo.  Each song is different and quite often the income earning compositions I’ve been a part of have been co-writes and co-productions.  So for all you writers and producers out there, team up as much as you can and you’ll greatly improve your chances of getting your music out there… If the other writers/producers are published, you’re now including all of their teams by giving them vested interest in the song and of course they would be more inclined to “work” the record.

Where does your inspiration come from?

Inspiration comes from so many places.  I’m a big music nerd so for me a lot of inspiration comes from listening to other music.  It doesn’t necessarily have to be popular music… just anything that makes me want to create.  Also it seems like such an obvious point but just experiencing the world gives so much empirical inspiration.  On the other hand, sometimes I just think of fictional narratives that I think might be cool to write about— I then check to see how many other songs are already written about the same thing lol.  It’s very humbling to learn that our original, deeply creative compositional thoughts are often already fully realized songs. Still though it’s ok to write about the same thing. One important lesson I learned from a hit song writer is that it’s totally ok to write another song that is literally named the exact same thing as a previously existing hit song.  I clearly remember previously talking myself out of writing/releasing a song after finding out that there already is a popular song about or called the same thing. Arguably if it’s too recent in history, it might not be a great idea or if the previous hit song is about something really specific and it’s clear people would only ever associate that song with the original band it’s also not a good idea to use that title—like for instance you wouldn’t want to release a song entitled ‘Stairway to Heaven’, ‘Hey Jude’ or ‘Hotel California’.  If, however, the hit song is from a decade ago or farther back and has somewhat more of a generic title, it’s actually a good idea to write the same song.  The rationale is simple: it was already a hit before for a good reason, it can potentially be a hit again for the same reason.

I find it hard to talk about my favourite track from my own catalogue but I think the song I’m the most proud of is ‘You’re My Home’ that I’ll be releasing on my album.  Diane Warren heard it and said she thought it was a beautiful song and that made me feel very great and more confident about it.  These days I’m listening to a lot of different things but mainly I’ve been checking out a lot of early Motown oldies: Sam Cooke, Smokey Robinson, Otis Redding, etc.  Also listening to Robert Glasper—an incredible jazz piano player who features many amazing singers and artists.  Also this really cool group from Australia called Haitus Kayote.

What’s next for me is mainly just releasing all of my solo material.  My band Magic! is also putting out an album soon.  I’m going to be releasing a music video for my song ‘You Changed Me’—considering doing some video release parties for it in a few different cities where I’ll also perform some of the other songs that will soon be released.