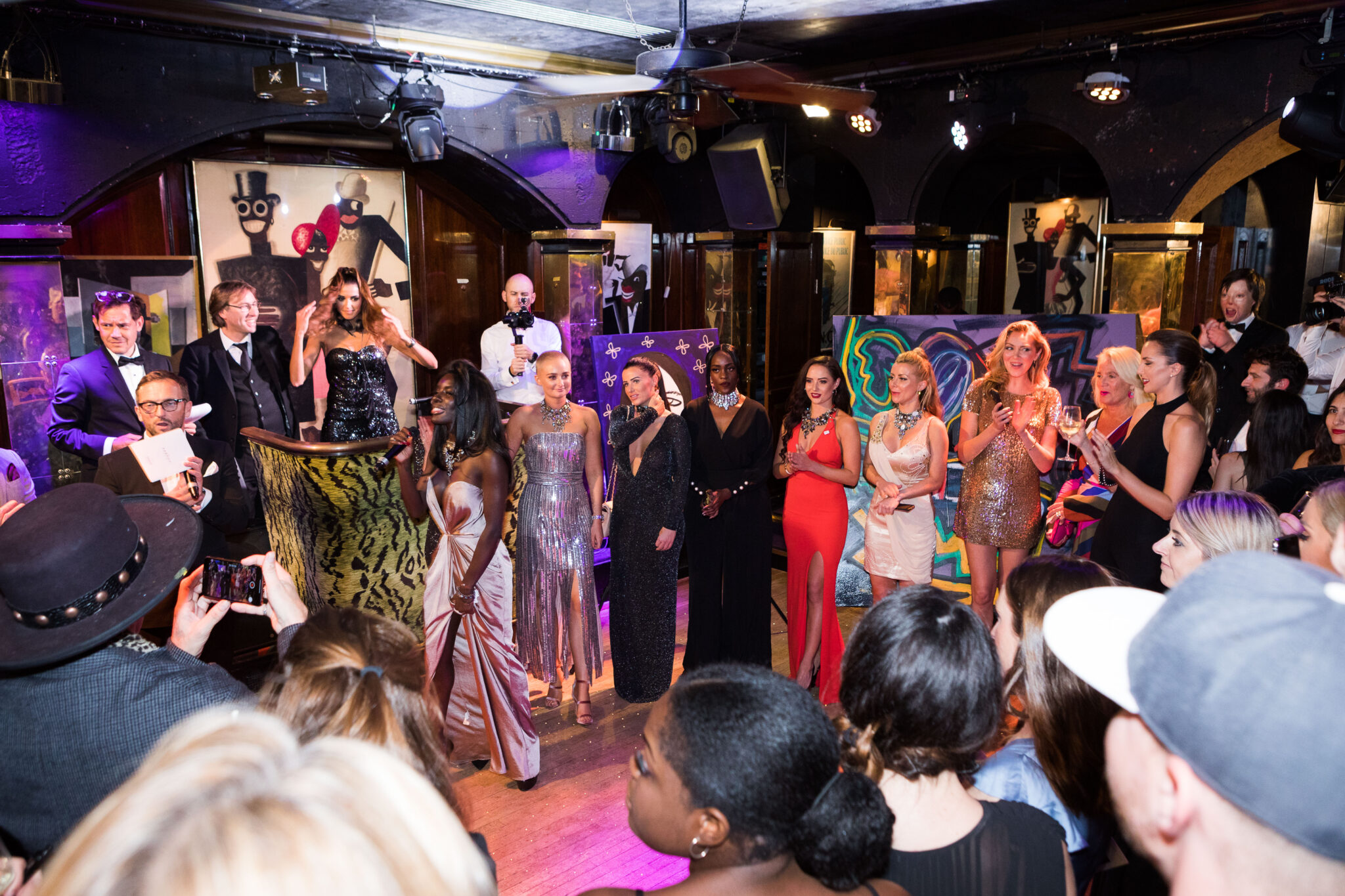 On 11 October 2018, The BARDOU Foundation in association with The Prince’s Trust hosted a star-studded charity gala and auction in celebration of The International Day of the Girl Child (The IDGC) to help raise awareness and funds for the needs of disadvantaged and vulnerable girls around the world.

The glitzy A-list gala was the last ever event to be hosted at the legendary former home of the iconic Annabel’s, located at 44 Berkeley Square, which has seen the likes of royalty, U.S. presidents, rock ‘n’ roll legends and movie stars alike grace its corridors.

The evening was nothing short of spectacular as throngs of glamorous TV and movie stars, musicians, artists and philanthropists gathered for an evening of dining, dancing and charitable giving. Guests were treated to a three-course dinner with wine pairing executed by leading luxury caterers, Urban Caprice.  After dinner entertainment included a private opera performance by Adrian Grove and Tim Rogers, while snake dancers charmed guests putting on dramatic performances with their reptilian companions. 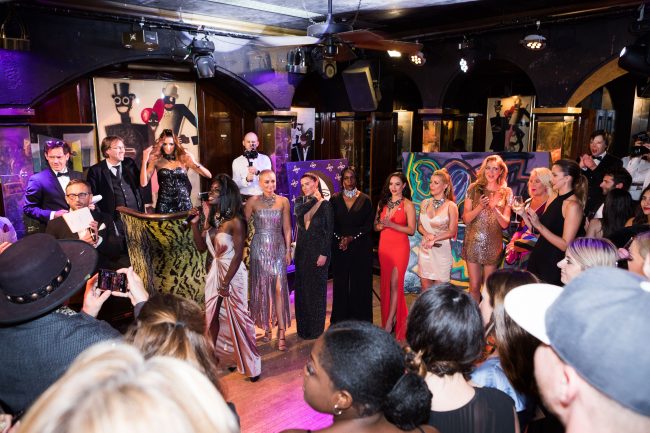 The evening marked The BARDOU Foundation’s third exclusive event partnering with The Prince’s Trust to help raise awareness and funds for the needs of disadvantaged and vulnerable women and girls. Now with former first lady Michele Obama behind the cause, The International Day of the Girl Child is becoming a global movement.  The day aims to highlight and address the challenges that girls face and promote the empowerment of young women around the world. All proceeds raised on the night went to a list of remarkable charity partners seeking to help and support young women and girls including BizWorld UK, Luminary Bakery, Sneha Sagar Orphanage, UN Women NC UK, Wellbeing of Women, The Children’s Charity and Variety.

Hostess on the evening was British female entrepreneur and founder of The BARDOU Foundation, Charrlotte De’Davis.  Her award-winning beauty company, BARDOU BEAUTY, promotes an impactful message encouraging women to Look Good, Feel Good, Do Good. Through her charitable foundation, De’Davis has helped create life-changing opportunities for women and girls facing economic and social disadvantages including giving them the skills to acquire gainful employment.

Highlights on the evening included a speech given by former Spice Girl, Geri Horner, speaking on her meaningful work as an ambassador for The Prince’s Trust and her commitment to supporting The IDGC. Acclaimed British therapist, Marisa Peer, was honored with an award for her #iamenough movement, which empowers women to live their best life with higher self-confidence, along with British actress and model, Amy Jackson, for her work with Sneha Sagar Orphanage in Mumbai.

This celebration of female empowerment was made possible through the generous donation of the old Annabel’s by British businessman and philanthropist, Richard Caring, before auctioning off all the fixtures and fittings that defined the club for decades.  Contributing to the success of the evening were sponsors ISAWITFIRST.COM, Seksy Wrist Wear by Sekonda, The Ritz London, Jack Barclay Bentley, La French Vodka, and Bimber Distillery.

Guests danced until 2am shutting down the venue to musical beats provided by Boogie in Wonderland Ibiza. Raising the most money for the charities on the night was the high bid auction of the painting, No Woman, No Cry, generously donated by the internationally renowned artist Danny Minnick. 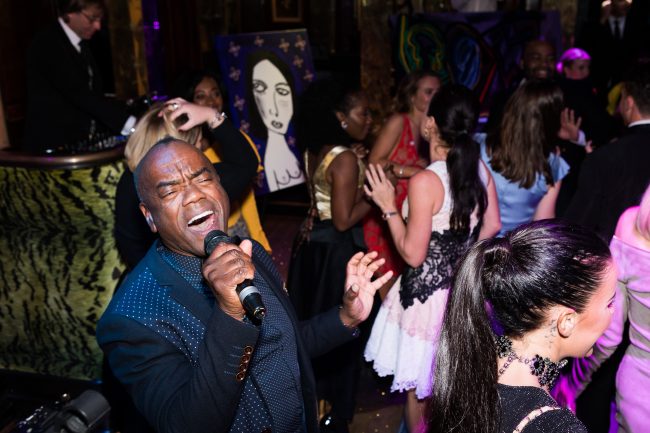 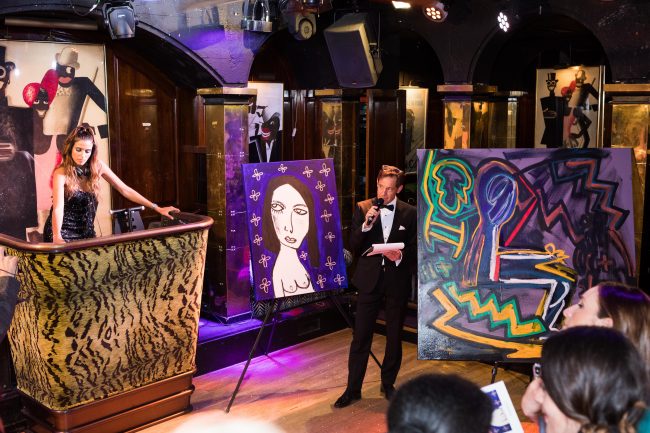 Commenting on the success of the evening De’Davis stated, “The beauty of this spectacular event lies in the combined efforts of the organisers, sponsors, attendees and donors from all over the world, that have come together to support the outstanding efforts of eight exceptional charities working tirelessly to create promising futures for thousands of under-privileged women and girls around the world.”

Though Annabel’s has moved next door to an even bigger and more extravagant location, The IDGC gala was nothing short of an amazing send-off for an incredible cause to one of the world’s most famous clubs.