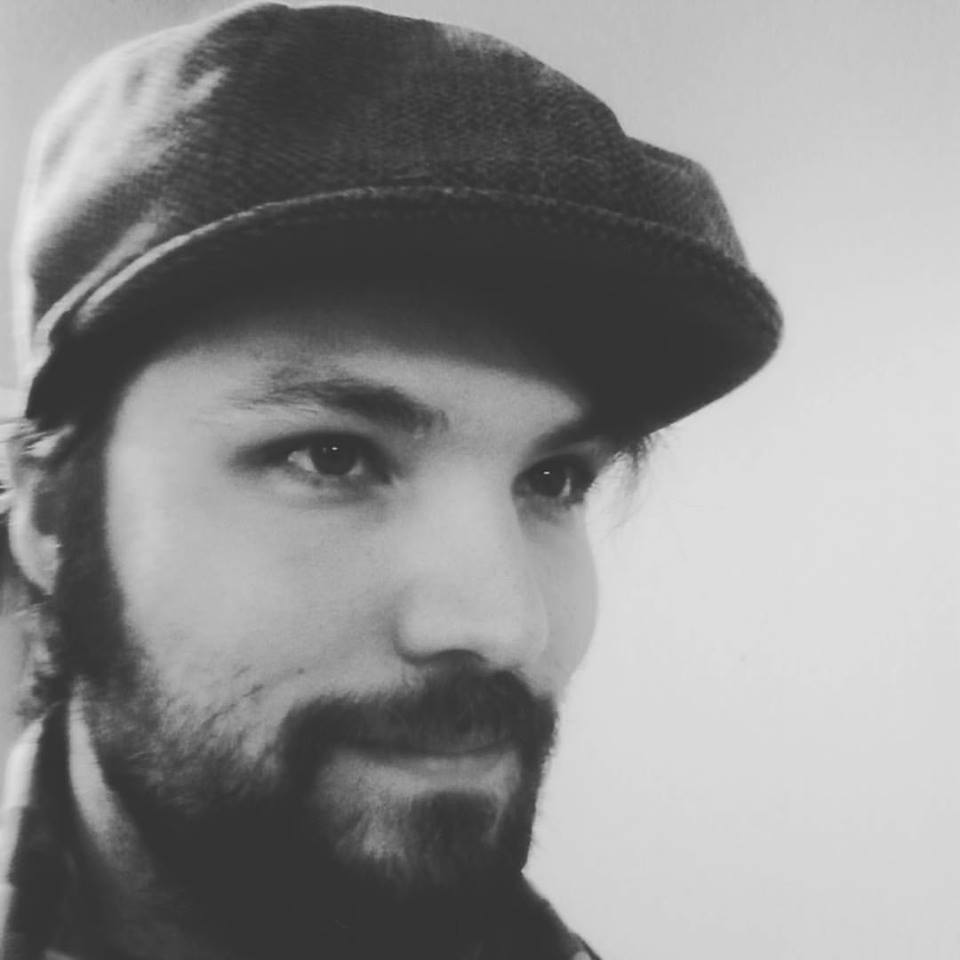 Jeremy C. Shipp is a Bram Stoker Award-nominated author with many titles under his belt, including Bedfellow, Cursed, The Atrocities, Vacation, Sheep and Wolves and many more. His work has appeared in over 60 publications and he has a rapidly growing fan base of readers who love his style and approach in literature. His originality, edginess and daring nature in story-telling has marked him out in the book world, and I was pleased to have the opportunity to interview him for Made In Shoreditch.

Here, Jeremy discusses how he began writing, why he loves dark fiction, what his plans are for the future and insightful advice for those itching to get into the world of writing and publishing….

Can you begin by telling me when you first began writing? What inspired you to take on the craft?

Like many origin stories, my tale begins in a dark alley behind the local theatre.

I was a child at the time, and my parents and I were watching a production of Cats until Mr. Mistoffelees frightened me and we had to leave early. In the alley behind the theater, a man approached us dressed in a dark overcoat and an ivy cap. Without warning, he reached into his pocket and pulled out a handkerchief and blew his nose. He asked for a bit of money so that he could purchase a sub sandwich, and my father gave him five dollars. The thought of the man’s sandwich made me hungry. And so, I asked my mother for my candy necklace, which she was holding for me in her purse. Tragically, before I could take a bite of that sweet jewelry, my mother dropped the necklace on the ground, and the string broke, and the candy pieces scattered everywhere.

Later that day, I found myself moping around the woods, kicking at an aluminum can. I thought about all those candy chunks lost to the grimy asphalt of the alleyway, never to be devoured. At this point, I wasn’t paying much attention to my surroundings, and suddenly, I fell through a hole in the forest floor. “Mom! Dad! Alfred!” I shouted. Alfred, of course, was the name of my pet labradoodle. I searched my surroundings and realized that I had fallen into an underground cave. A small part of me wanted to step forward. I wanted to explore. But I was frozen with fear. As I gazed into the unlit tunnel, I heard the flapping of delicate wings. I didn’t want to see what was coming, but I was too frightened to turn away or even close my eyes. Soon, a creature materialized in the chthonic darkness ahead of me. It was a book, flying towards me with wings made of thin, black membranes. Mr. Mistoffelees himself had not frightened me this much. Even in my terror, I knew that I only had two options. I could either remain terrified of books my entire life, or I could embrace them, and become a writer myself, and conquer this darkness.

Also, in fourth grade, I wrote a rather long short story for class, and I enjoyed the experience. I thought, “This writing thing is quite fun. I might do this again.” And I did.

You have released many stories – novels and shorts – and I wondered, do you ever experience the evil legendary writer’s block? If so, how do you personally tackle this?

I do experience writer’s block from time to time, in varying degrees of intensity. Sometimes I think, “I don’t much want to write anything right now.” And sometimes I think, “Ahhhhhhhhhhhh!” These days, I tend to deal with writer’s block by walking or driving to my local library, and submerging myself in that swirling, otherworldly energy emanating from books and the people who love books. If I’m blocked, in the writerly, I tell myself that all I need to do is write one sentence. I can manage one sentence, even if I’m feeling burned out or frustrated or afraid. And usually, once I write one sentence, I feel compelled to write more.

Your latest release is Bedfellow. Can you tell people who haven’t read this yet about the story and what they can expect from it?

Expect something strange, and horrifying, and heartfelt, and psychological, and funny. Expect references to bad movies. Expect Gatorade.

Here’s what the back cover has to say:

When the . . . thing first insinuated itself into the Lund family household, they were bemused. Vaguely human-shaped, its constantly-changing cravings seemed disturbing, at first, but time and pressure have a way of normalizing the extreme. Wasn’t it always part of their lives?

As the family make more and greater sacrifices in service to the beast, the thrall that binds them begins to break down. Choices must be made. Prices must be paid. And the Lunds must pit their wits against a creature determined to never let them go.

Which of your previous releases has, so far, been your most challenging to write and why?

The Atrocities was particularly challenging. I so dearly wanted Stockton House to come alive in the minds of my readers. I wanted people to experience the full force of its beauty and its grotesqueries. And so, I labored fiercely, day and night, to accomplish this. Hopefully, I succeeded.

Are you working on anything at the moment, and if you are, what can you tell me about it?

I’m working on a new (currently unnamed) novel that will be published by Meerkat Press in 2021. Here’s a little teaser:

In Shipp’s latest novel, we will follow Seraphina Ramon into a once-abandoned amusement park now populated by a community of cultists. To our left, a dragon-themed roller coaster rests on the blackened earth, curled up like a dead snake. To our right, an animatronic Humpty Dumpty falls off a concrete castle and shatters on the ground, only to reform itself moments later. Up ahead, cultists giggle as they meditate in a hall of cracked mirrors. This is the last place in the world Seraphina wants to be, but at the same time, she will stop at nothing to investigate the cult that almost killed her sister. And the best way to find out the truth about this bizarre cult is to join them. 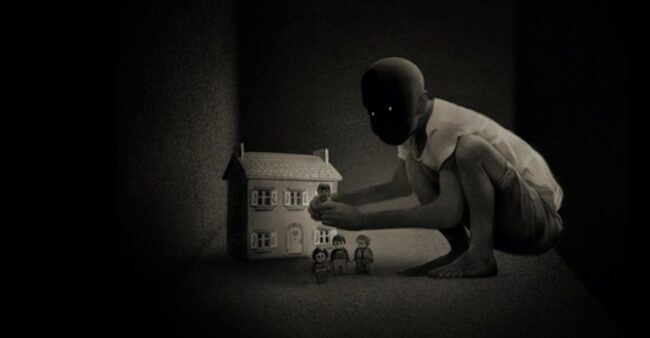 Above, image from the book cover of Shipp’s Bedfellow novella.

Your stories are dark and full of creepy imagery and tension. What is it about this type of story that inspires you?

First of all, I’ve always liked monsters, even as a kid. Also, I enjoy stories that elicit a spectrum of emotions from a reader’s heart. When you experience a character’s fear and joy and horror, you can connect with them and empathize with them on a deep level. Furthermore, dark stories are opportunities to safely face and process the evils of our world. I could go on, but perhaps that’s enough for now.

What’s your own favourite horror book? Has a book ever truly gotten under your skin?

My favorite horror book right now is probably William Peter Blatty’s The Exorcist. This is a breathtaking novel overflowing with horrors and humanity. Dark fiction fans owe it to themselves to read the novel, even if they’ve already experienced the movie.

Do you think the advent of digital books, self-publishing and online piracy has had a massive impact on the nature of being an author in today’s world? (For better or for worse?)

In all seriousness though, I find it quite cool that writers these days are able to self-publish their work and build an audience using social media. There are ways to bypass the gatekeepers of old like never before.

Out of the books you have released so far, do you have a personal favourite? One you are especially proud of?

Choosing a favorite is difficult, because I put my heart, my soul, my blood, my spleen, my toenail clippings into all my books. That being said, I often feel most connected with my most recent tales. So, right now, my favorites are The Atrocities and Bedfellow. The imagery from these books still haunts my dreams and nightmares. The characters whisper secrets to me during the witching hour.

Do you have advice for people just starting out in the writing world?

Here are some writing tips:

-Read the pen markings on your hands to descry your future

-Clean your house when you should be writing

-Snuggle with your pets when you should be cleaning

-Abandon that story as well

-Print out your rejection letters in order to create a papier-mâché demon-goddesses that will stand on your roof and scream silently at the moon.

-Also, you don’t need to write what you know. Write what electrifies your soul.

-Write as if no one will read it. Edit as if everyone will. 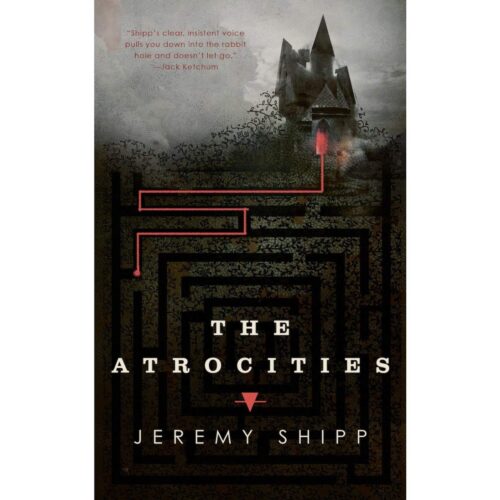 Who are your favourite authors?

As you are a big fan of horror, can you tell me what your favourite scary movies are?

For the heck of it, I’ll give you a favorite horror film of mine from various decades.

Finally, Jeremy, where can people find out more about you and your work?

You can also contact me by purchasing a cursed porcelain clown from a yard sale, filling the clown with dried beans, and burying the figurine in a field of nettles. During the next blood moon, a prismatic beanstalk will burst from the clown and snake into the night sky. Climb the beanstalk until you come to a floating castle guarded by a three-headed rubber chicken. You’ll need to make her fall asleep by singing the theme song from Mr. Belvedere. Inside the castle, you’ll find a mime made of stardust and hope. Leave a message for me, and the mime will act out the communication for me when he finds the time.