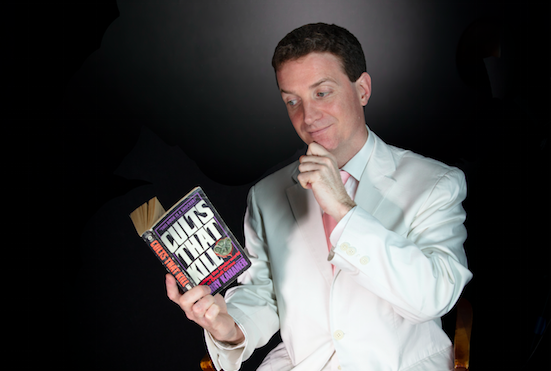 Interview with ‘We Sold Our Souls Author’ Grady Hendrix

Grady Hendrix is an American author who has released many titles over recent years. His works of fiction include We Sold Our Souls, My Best Friend’s Exorcism and Horrorstor. He is a writer that has made a huge impact; his reading audience has grown rapidly, and his popularity – particularly in horror – has blossomed with fans of the genre.

Unique in his style and delivery, Hendrix has created worlds in literature that have captivated readers. His work is hard to compare to other writers because he has carved out his own niche within fiction. Having personally read all of his fictional titles, I was hugely impressed at the way Hendrix draws his reader into the story, making the cliché term “addictive read” a suitable description of his literary output.

Fascinated by his stories and wanting to know more, I invited Hendrix for an interview to discuss his work. He kindly agreed. Here is the result of our interview in full….

Grady, I wanted to begin by asking you when you first started writing fiction? When did you start taking the idea of embarking on a writing career seriously?

I was a journalist for about ten years, mostly writing about pop culture, and in 2008 it became clear that those jobs were going to be deader than disco in mere moments. So I started focusing on fiction, went to the Clarion Writer’s Workshop, and got serious about it.

As a fan of your work (I have read all of your fictional novels), I have noticed you seem to have a really unique style…it’s actually very hard to make a comparison against any other author. What inspires you? Where do your ideas grow from?

The stories I tell are mostly ones that I’ve either been thinking about for a very, very long time or they’re made out of bits and pieces of my life.

Did you read a lot of horror yourself growing up?

Very little, actually. The covers creeped me out too much. I mostly read science fiction and men’s adventure books. I read the usual Stephen King and Clive Barker but that was as far as it went.

You spend a lot of your time writing about really dark, creepy subjects. What scares you, Grady? What’s your version of being scared of the dark?

Being poor. I’ve been broke a few times and there is nothing more terrifying. Nothing that lives in the dark can come close to comparing to the gibbering horror of not having enough money, and knowing there’s no way to get more, and knowing there are bills coming…

Right.. My Best Friend’s Exorcism. This was a story that catapulted me through all the emotions – from nostalgia to my younger years, to feeling uneasy, to literally crying. I’m not lying, the end of that story really moved me. It’s actually quite beautiful as well as scary. Can you tell me what gave you the idea for this particular story? Did you find the writing of it challenging in any way?

My Best Friend’s Exorcism was a title before it was anything else, bobbing around in my brain like a severed head in a tank. When I decided to turn it into a book, I had to take it seriously and that meant I had to really think hard about exorcism stories. In so many exorcism books and movies, it’s basically the story of some old guys tying a girl to her bed and yelling at her. The possessed person doesn’t matter. I wanted to focus on the experience of the demoniac. Then, I had to deal with the fact that faith is central to exorcism stories, but I don’t think religious faith is as powerful now as it was in the past, so I had to find something that people would believe in just as strongly, and the obvious answer was their friends. My friends in high school saved my life, more than once, and that age is when friendships are at their strongest, so that meant it had to be set in high school and the high school experience I know best is the one from the Eighties. So the story really came together in a series of logical steps once I thought it through.

In HorrorStor, you really gave the whole “haunting” genre a shake-up with something really original. I loved the design of the paperback too. Much like in My Best Friend’s Exorcism, the design of the book seems almost a character in itself. Do you have any input in your book designs? Do you get to share your own visions of style and presentation with designers?

The format was all my editor’s doing. He had the idea of doing it to look like an IKEA catalogue and then we sort of fed off of each other. The designer, Andie Reid, would say she wanted to have furniture ads between chapters. I would say, why don’t we name each chapter after a piece of furniture, then Jason would say why don’t they get creepier as they go, and it sort of moved on from there. We all egged each other on to go further and further. I spent years writing marketing copy so weaving catalog pages into the story of a haunted store full of unspeakable furniture was a blast. There’s something about the encouraging but emotionless tone of marketing-speak that already sounds soulless and evil. 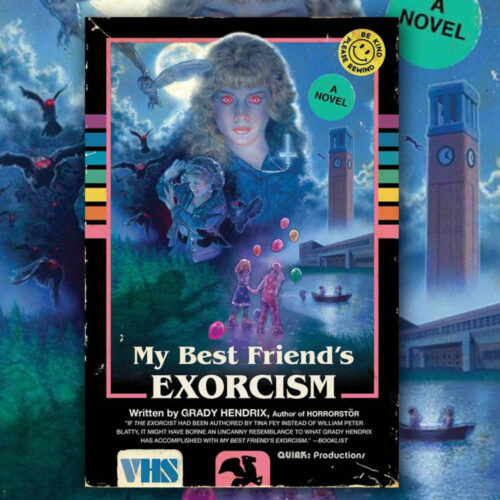 You have released several other titles over recent years, including We Sold Our Souls, Paperbacks From Hell, and Satan Loves You. Do you have a personal favourite from your own collection, and why?

I love all my little mutant children equally. (And if I don’t say that, and they find out and tear me to shreds.)

Are you working on anything at the moment, if so, can you tell us about it?

I just turned in the manuscript for my next novel that’s coming out in Spring, 2020. Other than that, my lips are sealed.

What do you think has been your biggest challenge along the way, to being a successful author?

Myself. I’m a really slow writer and incredibly inefficient. I have to work four times as hard to get half the results. I’m considering replacing myself with a robot.

Do you think the rise of self-publishing and digital books has had a negative impact on the writing industry, or not?

My first two books — Occupy Space and Satan Loves You — were both self-published and I had a blast writing them. The only way to learn how to write books is to write books, so anything that gives you a chance to do that is not to be sneezed at.

What fictional book have you read that has scared/unnerved you the most?

Books don’t really scare me but the one book that I’ll definitely never read again is Let’s Go Play at the Adams’. Beautiful but dark as a bottomless pit.

Do you watch horror movies and if so, can you tell us some of your favourites and recommendations?

No matter what you want, Hong Kong has you covered with all the colors of the dark. The Eternal Evil of Asia is a really fun black magic romp in which a man’s head gets turned into a penis, which then pees itself in fear. Also, an evil wizard gets attacked by abortion ghosts, and lots of worms get eaten by steel-stomached actors. It’s a low budget blast. A Chinese Ghost Story I&II are swooning, romantic, lush fairy tales full of miles of billowing silk and a Taoist priest who raps the I Ching. And Red to Kill is one of the grimmest, grimiest gutcrunchers about the battle between the sexes ever made, about a necrophiliac serial rapist stalking a home for developmentally disabled adults.

Random question time, Grady! If you had to spend one day living as a character in one of the fictional worlds you’ve created in your books, which character would you be and why?

I’d be Gretchen Lang, living in My Best Friend’s Exorcism back in 1988. It’s basically my old neighborhood, back when I was in tenth grade, so I’d feel right at home.

Finally, can you tell readers where we can find out more about you?

Everything you need to know in order to stalk me, kill me, and wear my skin can be found at www.gradyhendrix.com

Thank you for your time, Grady.