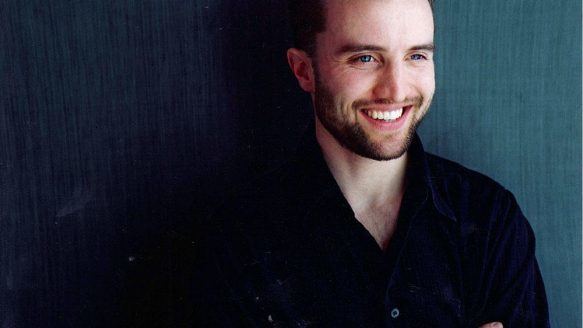 On Acting and Directing: An Interview with Aaron Poole

Canadian actor Aaron Poole – star of several movies – is an artist I have been following for several years now. His performance in film has impressed his growing audience, and he appears to be forging a career in the film industry that sets him apart. There seems to be something uniquely authentic about the roles he applies himself to, and after several promising main character portrayals in films such as The Conspiracy and The Void, there is a curiosity from his fans about what the future holds for Poole.

After recently learning that he had written and directed his first short film, I invited Poole for an interview to discuss his work, his approach to acting, and what audiences can expect from his new project…

F: Thanks for taking part in this interview, Aaron. I’ve interviewed you in the past, but that was a while back. Can you tell us what you have been up to over the last couple of years?

A: I’ve continued acting in films with friends in Canada but have made new friends in other places through this work. This year I played the legendary guitarist Mick Ronson in a soon to be released bio pic that documents a few years in David Bowie’s life called, Stardust. I also starred with Christoph Waltz in a series for the upcoming mobile streamer QuiBi. On top of the acting, I’ve begun to write and direct, as you have heard. My short film ORACLE premiered at TIFF 2019, won the Grand Prix Nationale at Festival di Nouveau Cinema de Montreal and will play Park City as a part of Slamdance 2020. I have a feature I’m prepped to make this summer entitled DADA.

F: I was excited to see you have recently written and directed your first short film – Oracle – which is going to be played at the 2020 SlamDance Film Festival. What inspired your project? Are you nervous about it being played at the Festival?

A: I’m both nervous and excited. Very similar physical sensations. Slamdance is such a punk rock antidote to the mainstream film cycle. I think my film is a great fit for that vibe.

F: How was your experience of directing for the first time? Was it what you expected? What were the biggest challenges?

A: Writing and directing for the first time was the only way I could have learned how to write and direct. I learned that the doing is my teacher. I was both exhausted and inspired the whole time. The biggest challenge was in discovering how the film wanted to be made with the money, locations, and help we had to make it. But there was always a way. Always a solution. I learned that the story never disappears even as the obstacles appear.

F: I watched the short film myself – I loved it. It is quite gritty, unsettling and dark. I found some moments in it genuinely creepy. What are you are trying to convey to the audience, through this film? What would you like audiences to “take away” from it?

A: Thank you so much for taking the time to watch it! It’s not for everyone, but for those who like it, I invite them to puzzle over it for themselves. Honestly and respectfully, I don’t want to interrupt anyone’s experience of my film with a concrete interpretation. I know what it means for me…My intention for it is completely in that movie. But its my belief, and I’m willing to gamble on this, that at the point where story meets style, there’s an opportunity to utilize dream-like abstraction and symbols within a very specific frame to inspire the audience’s imagination to participate. Your projections of meaning can have a much more potent experience of awe and dread than I could ever conjure with an explanation or moral. I prefer awe and dread to “excitement“ and “scares”.

F: I have often read that some actors don’t like to watch their own films/shows. Does that describe you, or do you like to review your projects to assess your performances?

A: I hate watching my work in an audience. I prefer to cringe or strut in private. My cat remains unmoved.

“Making something from absolutely nothing.

F: Your films (which include The Void, The Conspiracy and Last Will and Testament of Rosalind Leigh) rank highly amongst my favourites. They are all quite dark in nature. Would you like to take part in another horror feature in the future?

A: I love horror. I think it’s important. I have The Empty Man coming out this August for Fox/Disney and that’s another scary one. I’m always willing to do the good ones.

F: Are you a big horror fan yourself?

A: I’m a big big fan of the direction of newer horror. Both Midsommar and Us use elements of abstract performance (chanting, ritual, extreme physical character movement) that have obsessed me ever since I studied theatre. The films I love are those that use the potential of performance beyond naturalism. Both horror and comedy are great frames for that kind of work.

F: What motivates your work in the film industry? What keeps spurring you on?

A: Making something from absolutely nothing. Community. Expanding community.

F: Are you working on anything at the moment that you can tell us about?

A: I just finished some American Gods stuff…

F: Do you mind me asking – do you closely follow world politics and current affairs? If so, does any of this influence or have any impact on your work or mental attitude?

A: The context of my work is inescapably influenced by how our minds have been “prepped”. Experience, as well as Propaganda and exploitation are all mental objects I have to consider when I’m trying to make things for people. I care about how people feel. So I pay close attention to the things that are affecting them.

“The films I love are those that use the potential of performance beyond naturalism.

F: I get the impression you are a hard worker and that you are constantly evolving and pushing forward: how do you unwind and relax? What are some of the ways you achieve inner peace and relaxation?

A: I meditate every day and I watch basketball. I exercise and pet my cat. I love my family and try to show them. I drink wine. 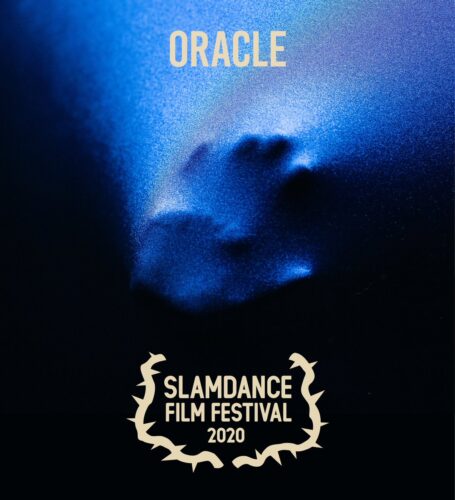 F: For those interested, where can people see your new short film, Oracle?

F: Lastly, any media links, social media or info you want to share for people new to your work?

Thanks for the chat, Aaron, and all the best for your upcoming projects.