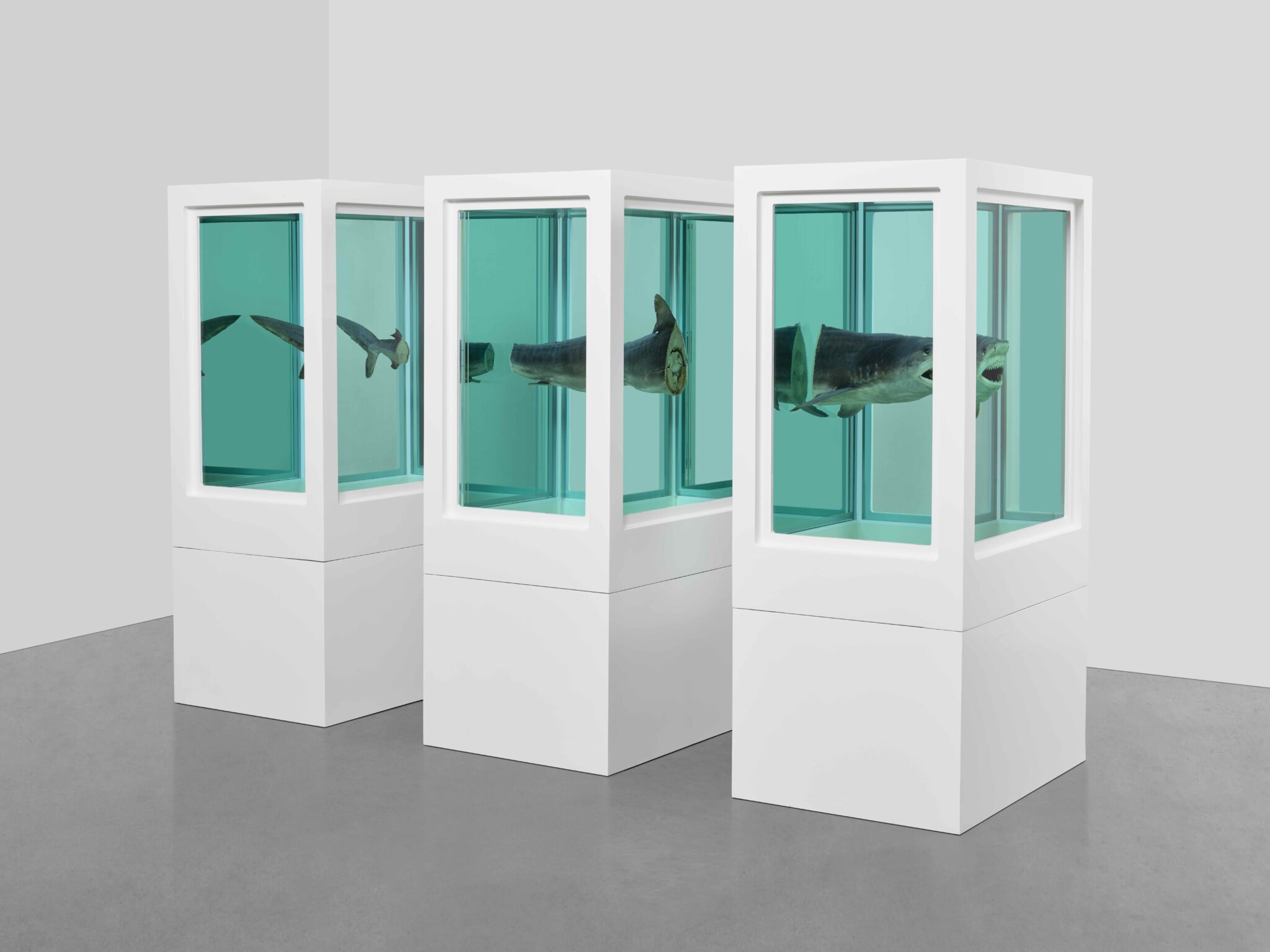 A solo exhibition of early works by Damien Hirst will be held at Newport Street Gallery, London, from 7 October 2020 – 7 March 2021. Titled ‘End of a Century’, the exhibition will feature over fifty artworks spanning Hirst’s formative years as a student in the 1980s to becoming one of Britain’s leading contemporary artists during the 1990s.

Rarely exhibited together, the works in ‘End of a Century’ will include some of Hirst’s most iconic series, including Natural History, Spot Paintings, Spin Paintings and Medicine Cabinets.

Throughout his career, Hirst has reflected on the complex relationships between beauty, religion, science, life and death. He has said: “Art’s about life and it can’t really be about anything else. There isn’t anything else.”

Works which have not been exhibited before include Art’s About Life, the Art World is About Money (1998), which depicts an auction house scene framed within a glass and steel case, Up, Up and Away (1997), in which three ducks are suspended in formaldehyde, Waster (1997), a vitrine filled with medical waste and Prototype for Infinity (1998), a large-scale pill cabinet. Also on show will be some of Hirst’s first collages of found objects created during the mid-1980s.

Hirst first came to public attention in London in 1988 when he conceived and curated the group exhibition ‘Freeze’ during his second year at Goldsmiths, which launched a new wave of British artists who would go on to reinvent contemporary art.

Works from this period will be on show at Newport Street Gallery, including Hirst’s early Spot Paintings, which would become one of his most recognised series. After discovering conceptual and minimalist art as a student, Hirst began to explore using pure colour as the principle for an artwork. Hirst’s first examples of this, 7 Pans (1987) and Pink Boxes (1988), will also feature in the exhibition.

‘End of a Century’ will include works from Hirst’s first series of Medicine Cabinets, named after the tracks on the Sex Pistols’ 1977 album Never Mind the Bollocks, some of his early works in formaldehyde, including Myth Explored, Explained, Exploded (1993) and Chicken (1993), and Hymn (1999), a 20-foot-high painted bronze sculpture inspired by an anatomical model belonging to Hirst’s son.