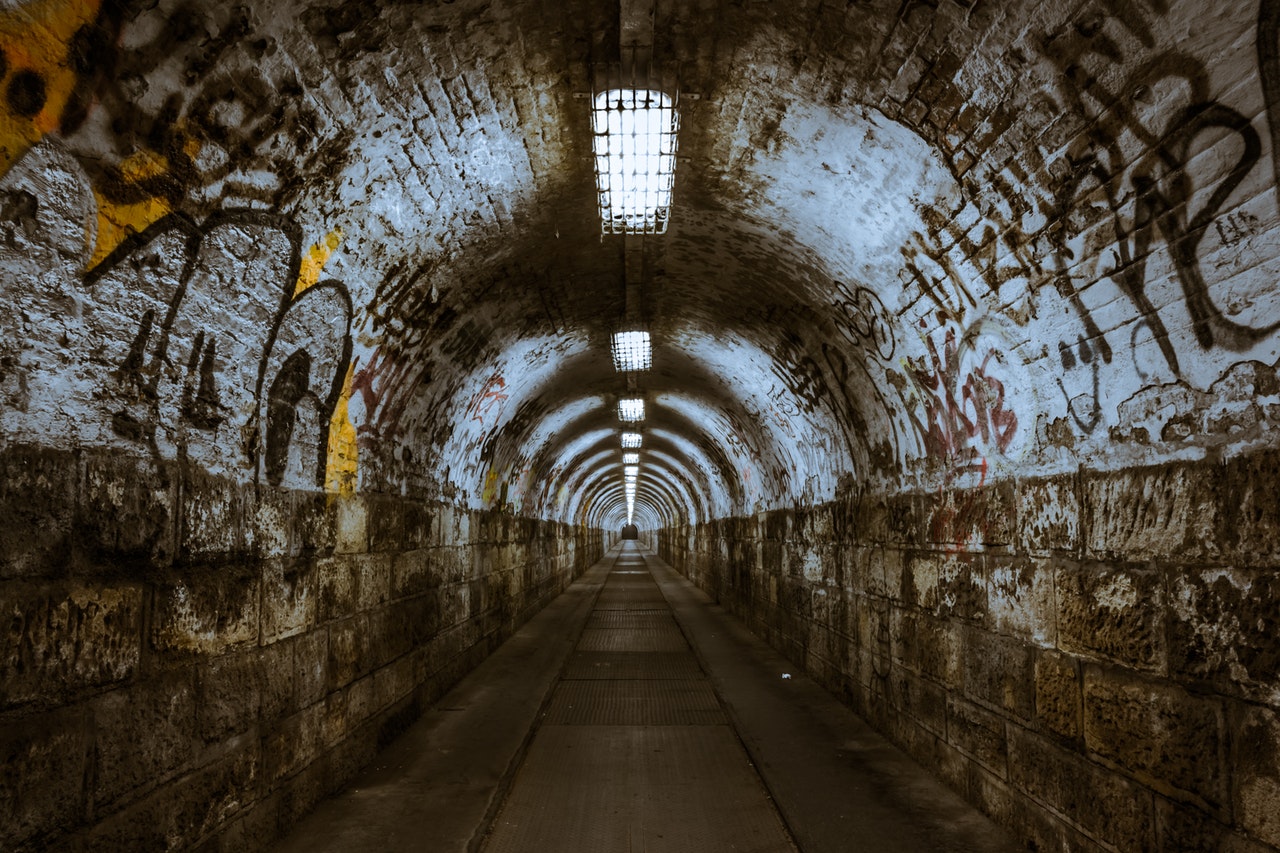 Virtual visitors can Zoom in from the comfort of their sofas – which in these travel restricted times could be anywhere in the world – and be transported to a subterranean world of shadowy tunnels and secret spaces with Hidden London’s new virtual tours of the Holborn (Kingsway) area, Brompton Road station and King William Street station. Tickets will go on public sale on Friday 23 October for tour dates in October, November and December 2020.

On these digital tours, guests will be walked through a gallery of contemporary photos, videos, never-before-seen footage as well as archival images from London Transport Museum’s collection while their expert guide reveals fascinating facts and tales about these ‘forgotten’ parts of London Underground and trams.

Some of these hidden locations such as Brompton Road station and King William Street will never be open to the public. This is because they have extremely limited access making public tours a practical impossibility. However, with these digital tours people get a chance to step into a forbidden part of London’s history.

In 1898 the London County Council (L.C.C) decided to completely redevelop the area in London we now know as Kingsway and Aldwych. The area, then known for its high crime rates, slum housing and establishments of ill repute, was to become a new business district for London with wide boulevards and grand office buildings. This required new public transport to bring people to and from work and in response the L.C.C. built a tram subway underneath Kingsway itself, to facilitate interchange between south and north London trams.

At the same time, the Piccadilly line was burrowing its way through London, with a station at Holborn to serve the newly constructed district, and a branch line down to Aldwych to serve the many theatres of Covent Garden.

The Kingsway trio is a brilliant example of how public transport unlocked parts of London previously inaccessible at the turn of the 20th century, and how these spaces adapted and changed when they were no longer required to serve their original purpose, often in very unusual ways.

Led by an expert guide who will use never-before-seen footage, guests will join an exclusive virtual tour where three abandoned structures are explored; Kingsway – which includes the only underground tram tunnel in the country, Aldwych and Holborn. Participants will learn how this new infrastructure opened up what we know today as the West End.

People can Zoom into Brompton Road station and discover, how, during the Second World War, the station was used as a top-secret control centre and bunker for Britain’s Anti-Aircraft Division.

Closed in 1900, King William Street was the first station to become ‘disused’ on the London Underground and guests can find out about its short life before it closed. The station was the original but short-lived northern terminus of the City and South London Railway (CSLR), which was the first deep-level underground railway in the world. The CSLR, which originally ran from King William Street to Stockwell now forms part of the Bank branch of the Northern line.

This special behind-the-scenes virtual tour lets viewers see what the disused station looks like today and how it is being used during the current Bank station extension project.

Chris Nix, Assistant Director of Collections and Engagement at London Transport Museum, said: “The great thing about our new Hidden London virtual tours is that you get to experience a secret side of London’s past without stepping outside your front door.

“Due to restricted access, some of these disused underground spaces, such as Brompton Road and King William Street stations will never be open for public tours, so these digital tours are the perfect opportunity to get as close as possible to the real thing. Our expert guides will walk you through archive photos, videos and never-before-seen footage as well as answering your questions.”

Hidden London hangouts on YouTube – live each Saturday at 18:00

Hosted by self-confessed Tube geek and broadcaster Alex Grundon, each episode is a light-hearted discussion with the Hidden London team about the tours they create and the tales they have about these subterranean spaces and other unknown facts and stories of a hidden London.  New episodes go live on London Transport Museum’s YouTube channel every Saturday at 18:00. Visit www.youtube.com/ltmuseumvideo to see up and coming as well as previous episodes.