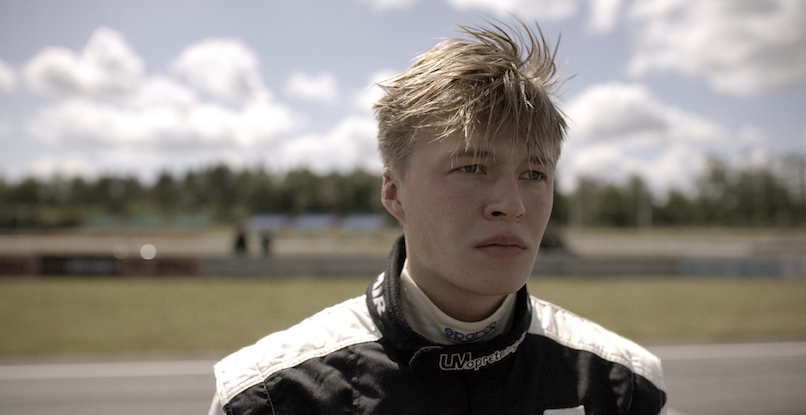 Director Anders Walters and multi Academy Award winning Producer Kim Magnusson’s live action short film TURNED shares the story of a young man who is fighting his childhood demons of having a violent and alcoholic father.

Kasper’s life is full of speed. He has a wonderful girlfriend, a successful career as a racing driver and loves his university studies. But underneath the surface traces from a traumatic and violent childhood threatens his road to adulthood.

For many years Danish Academy Award winning director and screenwriter Anders Walters worked as an illustrator for comic books and storyboards for films and commercials. In 2017 his first US feature I KILL GIANTS premiered at the Toronto Film Festival. Prior to his feature debut he directed four short films, with HELIUM winning the Academy Award for best “Live action short” in 2014. 9 METER, another short film by Walter also got recognised by the Academy Awards by being shortlisted in the same category in 2013.

In 1995 producer Kim Magnusson founded M&M Productions with his father, Tivi Magnusson. He was later headhunted to run Nordisk Film’s Film Division. He has produced or EP’ed more than 100 films such as:, ADAM’S APPLES, HEADHUNTER, TERKEL IN TROUBLE, WORLDS APART, R, PUSHER II &P III. He has been Oscar® nominated in the category “Live Action Short Film” six times, and won the coveted award in 1999 for ELECTION NIGHT and in 2014 for HELIUM. Kim Magnusson has been the chairman of the Danish Producers Association for 9 years (most ever), as well as chairman of the Danish Film Academy – a position he has have had since 1999. Kim is a voting member of AMPAS® and as well as both The Danish and The European Film Academy. In 2010 he launched Dansk Film Kompagni to develop and produce high-end, commercial-driven film for the international market, and currently splits his time between Copenhagen, Denmark and Los Angeles, USA, where he has multiple projects in development incl. LAST WITNESS, optioned by 20th Century Fox. Latest he has produced Anders Walter’s first feature; I KILL GIANTS along with 1492, XYZ and Umedia.

The beautiful cinematography was created by Rasmus Heise (THE RAIN).