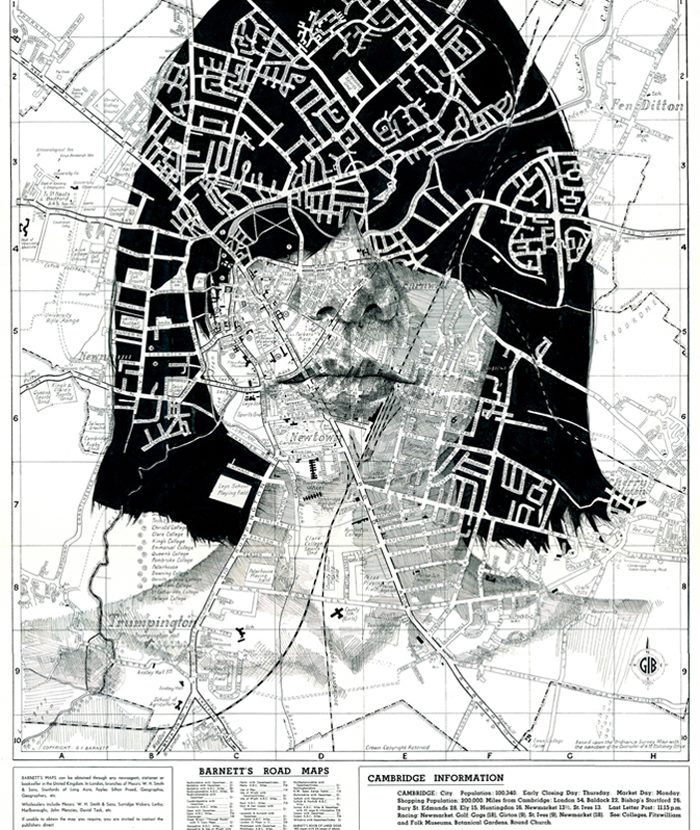 To many, maps are just how one learns to travel from point A to point B, but in his appreciation of the beauty of topography, British artist Ed Fairburn instead uses them as the canvas for his artworks. Largely producing portraits, Fairburn allows the roads and streets of his unique chosen material to form key facial features, then goes in with ink pen to create realistic areas of shadow and light. Occasionally the artist will also use an overlay technique, cutting out particular parts of a map and then putting it over another to allow bursts of colour to be revealed. 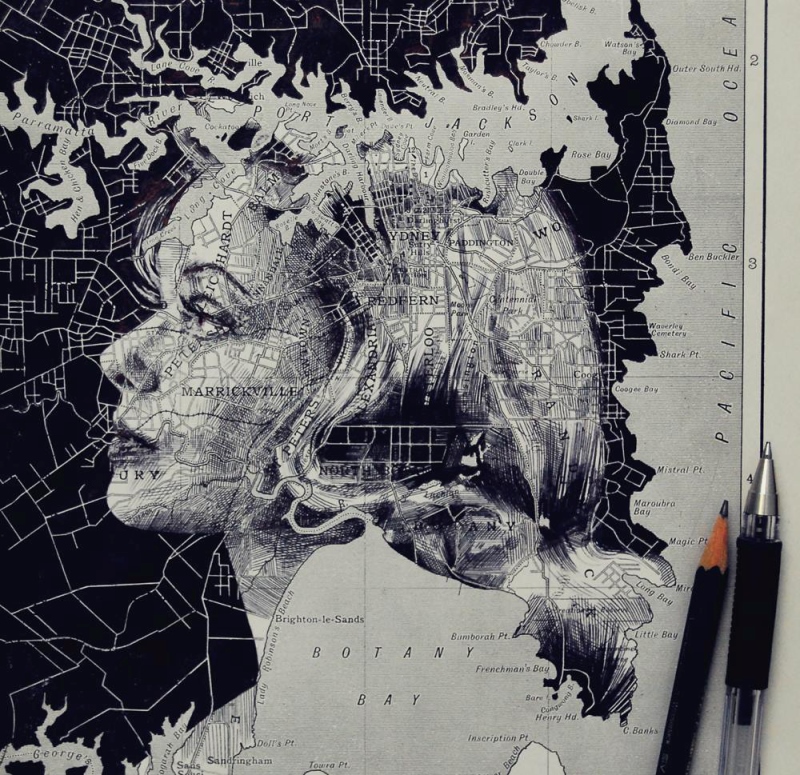 Fairburn’s work goes to an international scale as he uses maps from all different parts of the world, often allowing viewers to feel an abstract sense of connection- while the subject of the piece may be unknown to them, viewers can still identify with the actual places shown on the map, possibly stirring up feelings of “home” and belonging. This fusing of maps with human form is Fairburn’s effort to portray how we are all part of and influenced by our landscapes. Truly repurposing everyday materials, Fairburn doesn’t only stick to maps as a medium but also uses blueprints and star charts. In a technological age where navigation is now mostly reliant on Sat-Navs or apps on smart phones, Ed Fairburn has quite literally brought to light the art of the paper map. 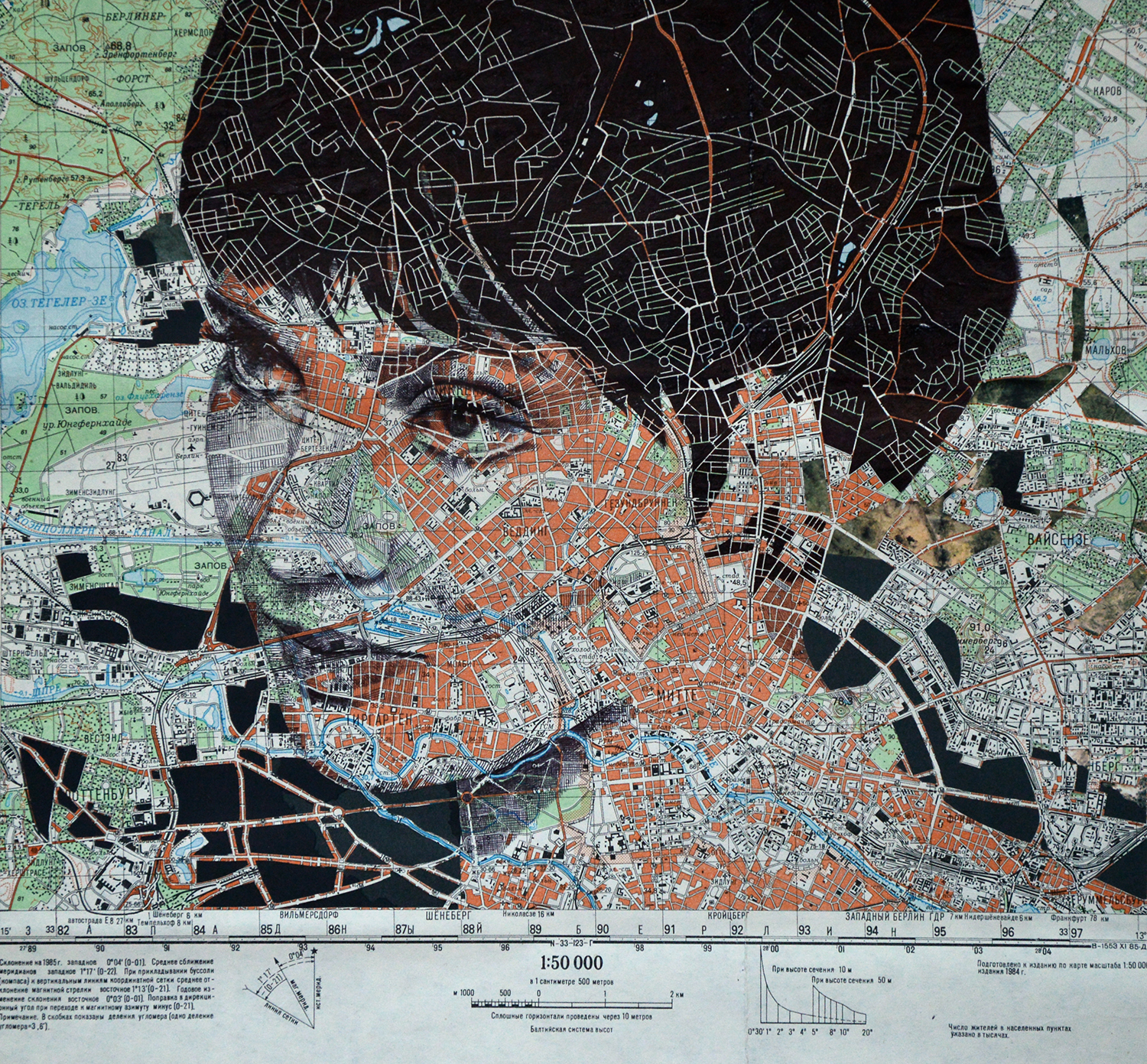 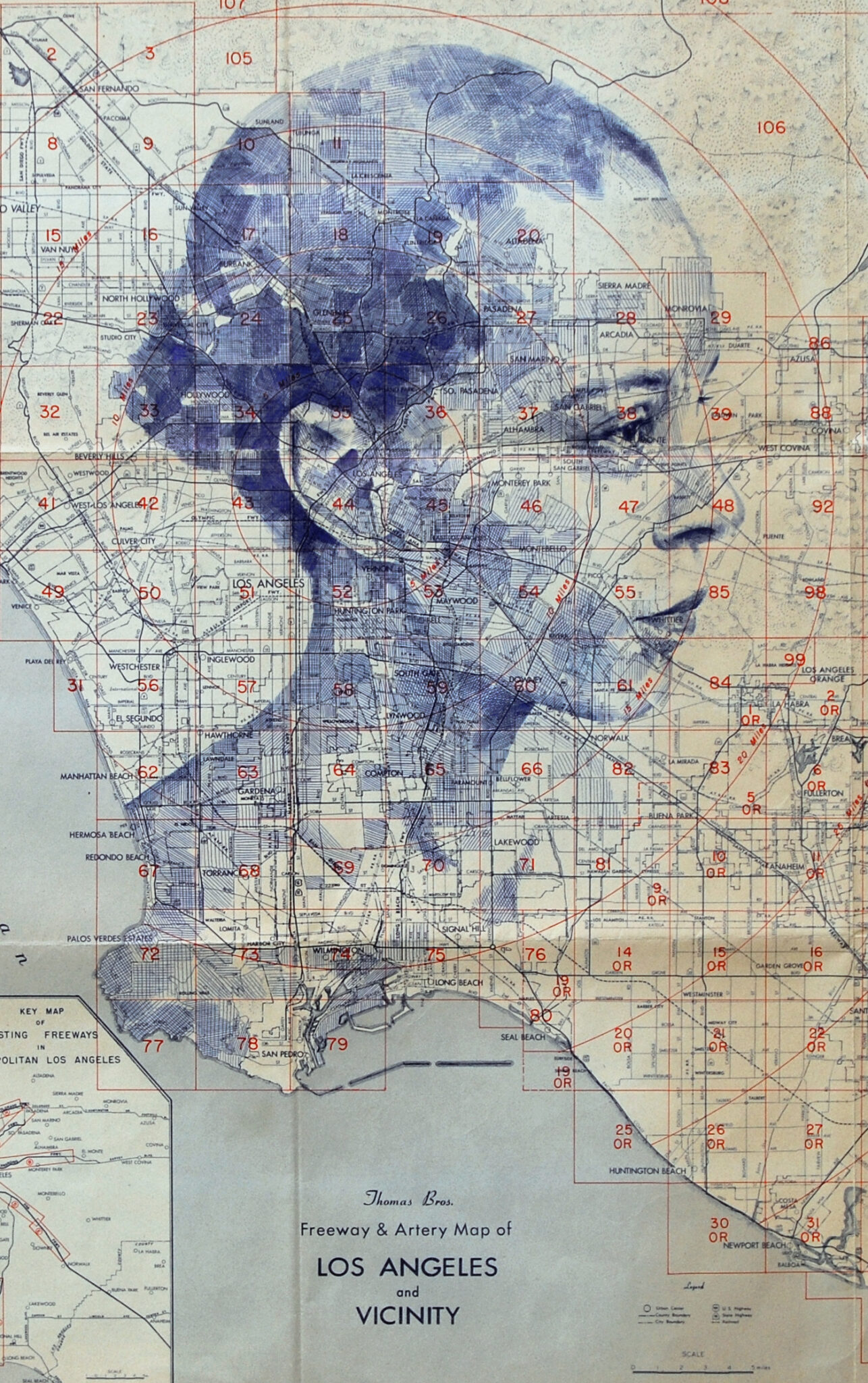 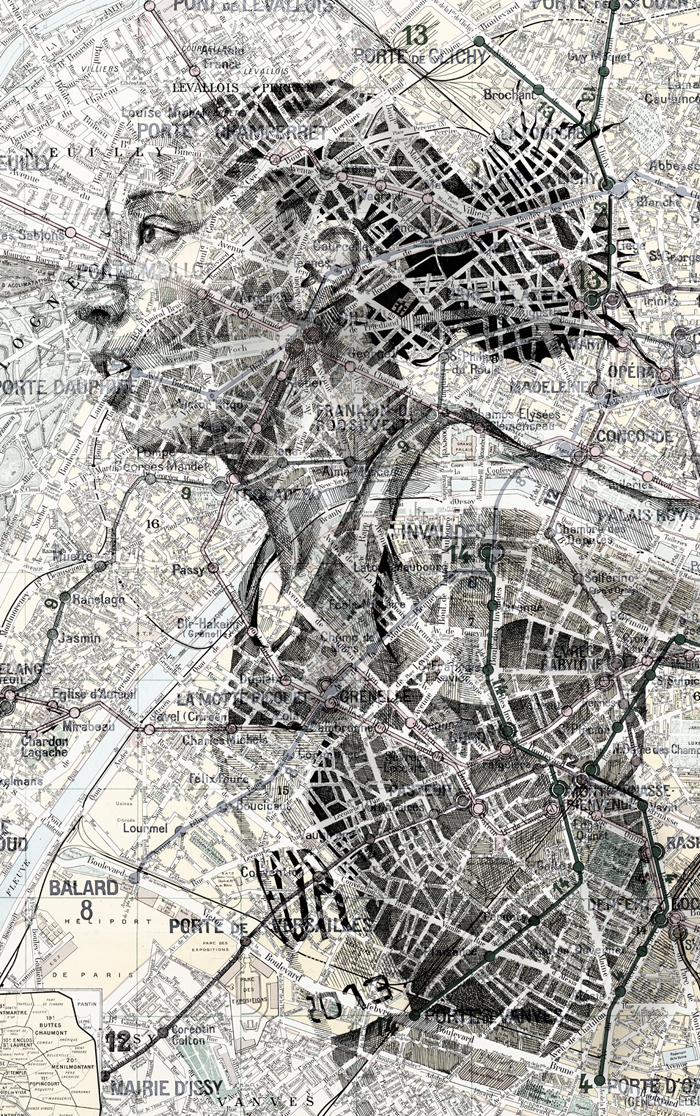