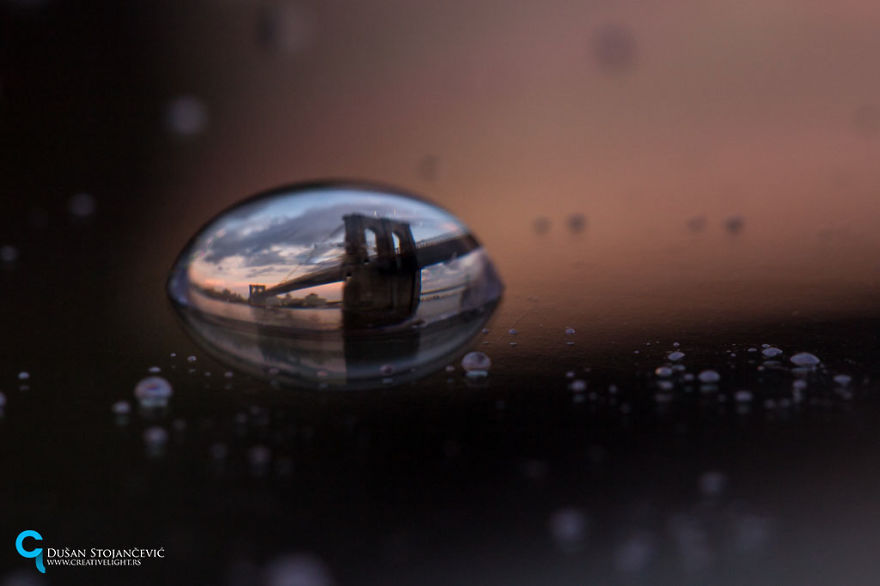 After 15 years of a secret photography project around the world, Dusan Stojancevic revealed his water photographs to the public. Stojancevic was taking pictures by his window in Belgrade those many years ago when he first formed the technique. He wanted to capture the world in different water droplets. These pictures aren’t created using Photoshop. Instead, Dusan Stojancevic uses a macro photography technique to capture the buildings and views in each of the droplets.

He has used a range of film and digital for the different shots around the world. Since he hasn’t used Photoshop, that is why there are flaws of sharpness and blurs in the different frames. While critics might view these flaws as a problem, Stojancevic sees them as an artistic touch that adds realism to each of the photographs. 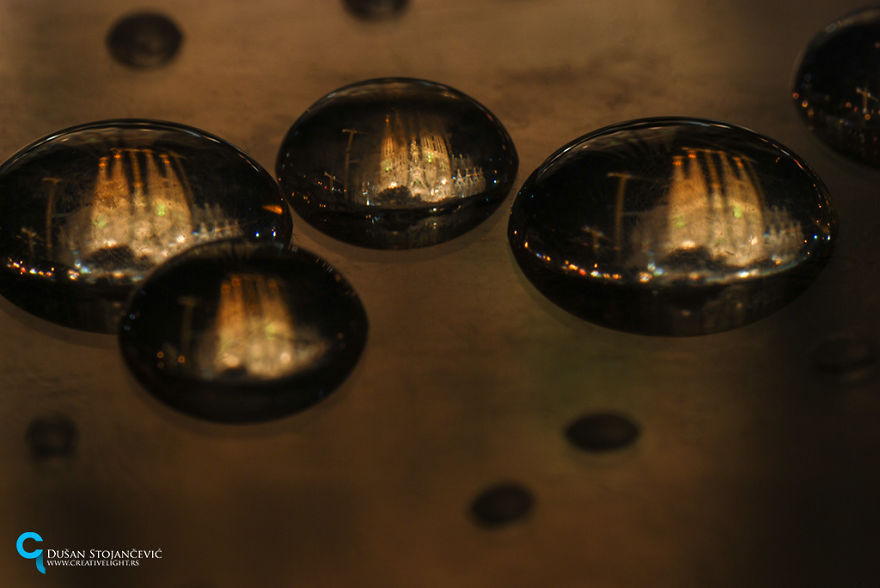 One city that stood out to Dusan Stojancevic was New York City. There are many different buildings that he worked hard to capture in his different droplets. With each city around the world, though, the water droplet adds some distance from the viewer to the building. By structuring each skyline in the small frame of the water, Stojancevic is adding a surreal element to the cities that are normally viewed in a grand structure. While these buildings are used to towering over viewers, this time they are able to be taken in through a smaller structure. The change of viewpoint for the different cities adds to the overall intrigue of each image. 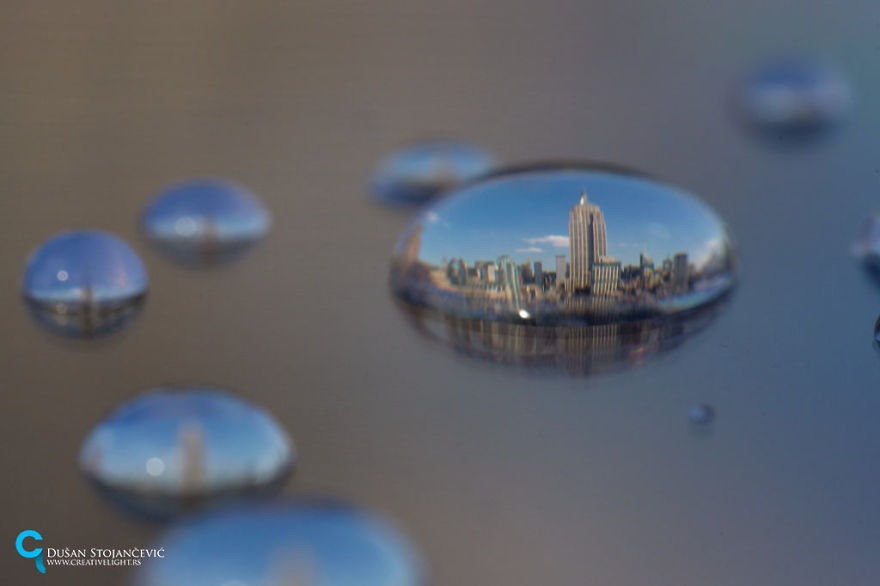 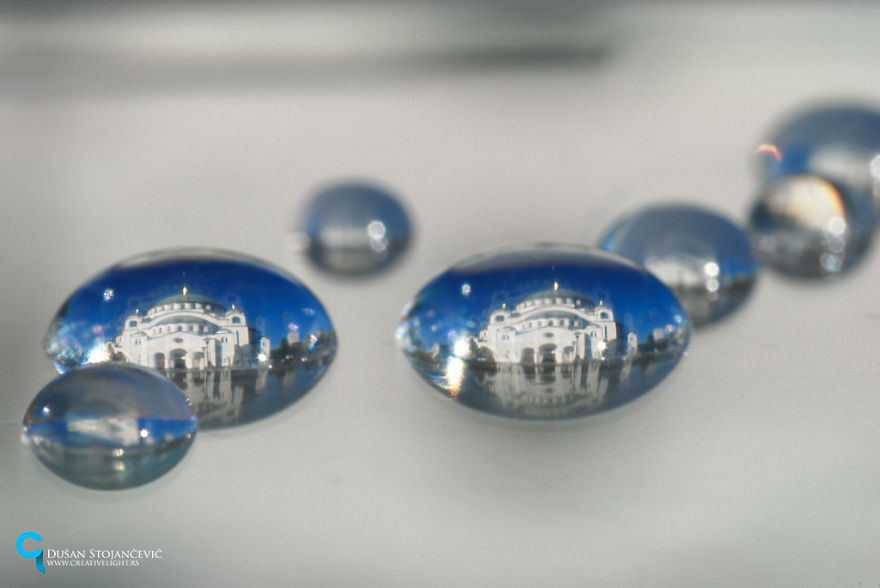 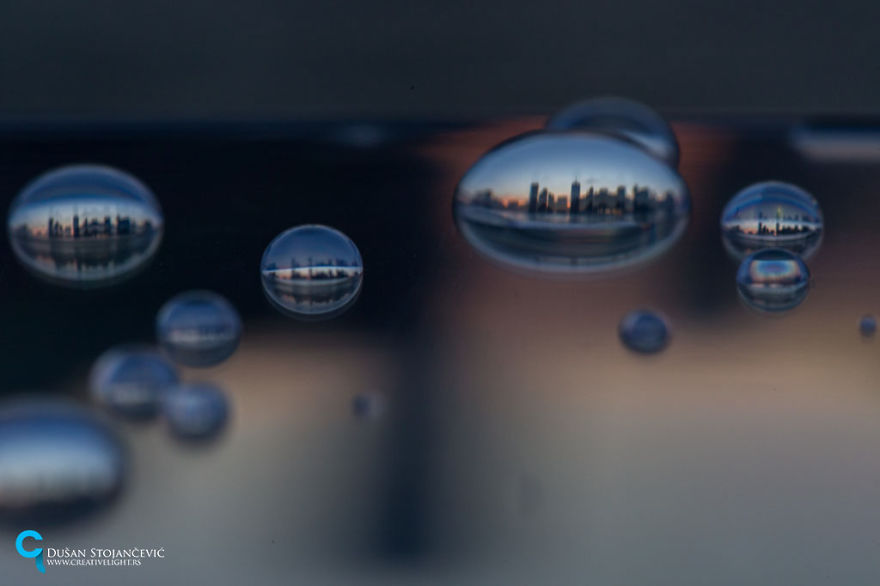 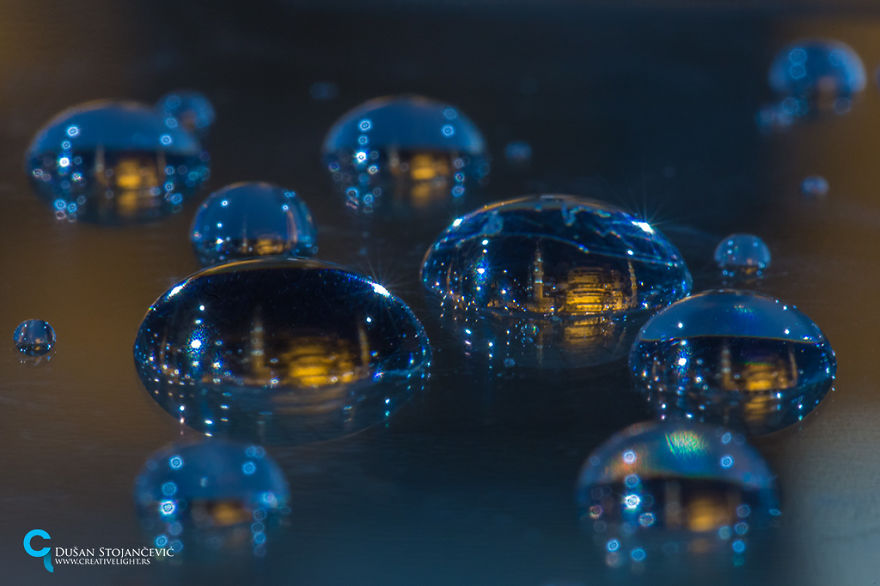 To view more photography by Dusan Stojancevic, go to http://www.creativelight.rs