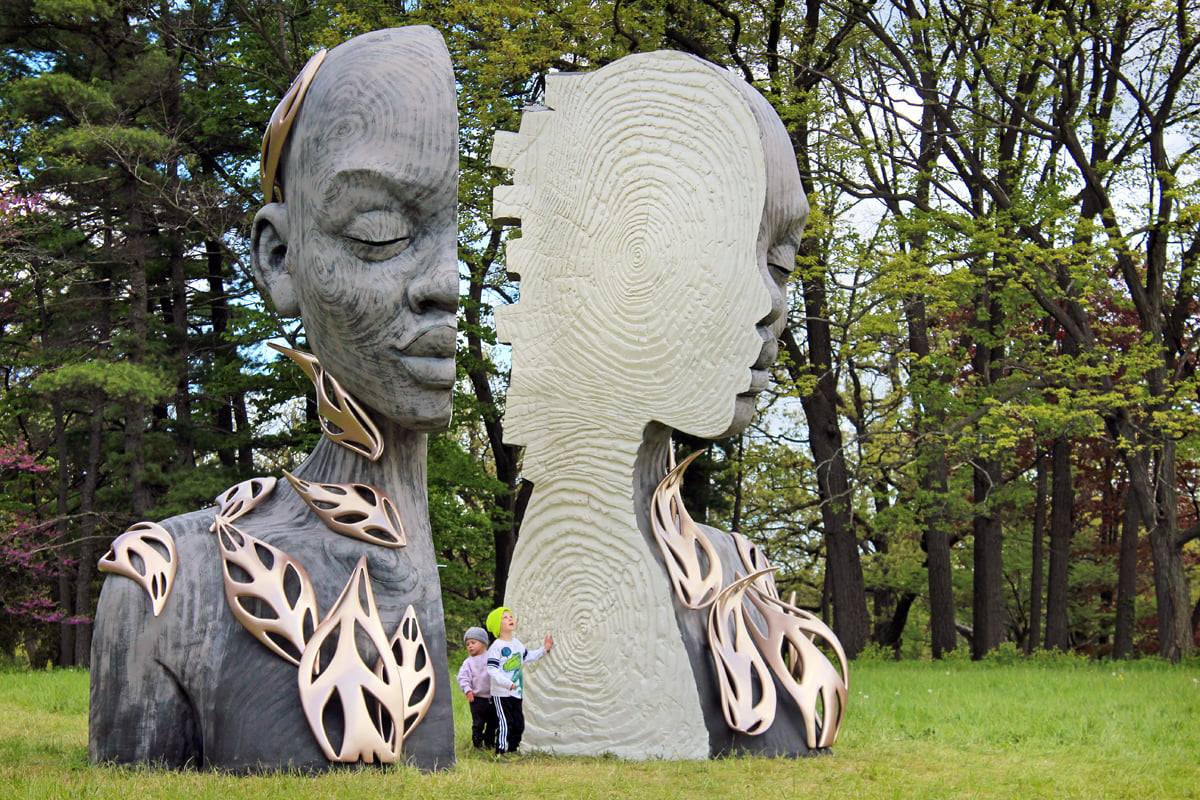 Daniel Popper, world-renowned large-scale sculptor opened Human+Nature, his first major exhibition in the United States and his largest showing yet.

The exhibition is located at The Morton Arboretum in Lisle, Illinois. Popper created five sculptures ranging from 15 to 26 feet tall. The sculptures are made from glass-reinforced concrete, wood, fiberglass, and steel. The exhibition debuted on May 28 and will be open for a year.

Popper tries not to express the ‘meaning’ behind each sculpture because he doesn’t want to influence viewers’ experiences. Each sculpture is presented as a human figure blending into the nature around them.

Each sculpture has a name that was chosen by Popper. For example, ‘UMI’ is an Arabic word meaning ‘mother’ or ‘my mother.’

Another sculpture is named ‘Heartwood.’ This refers to the oldest growth rings at the center of a tree. On one side of the sculpture, the rings represent the heartwood of a tree. On the other side, the rings are in the pattern of a fingerprint.

Popper is from Cape Town, South Africa, and is known for his memorial sculpture for the Nelson Mandela School of Science and Technology in the Eastern Cape of South Africa. He is also renowned for his sculptures presented at large-scale events such as the Boom Festival in Portugal and Rainbow Serpent Festival in Australia, according to the Morton Arboretum website.