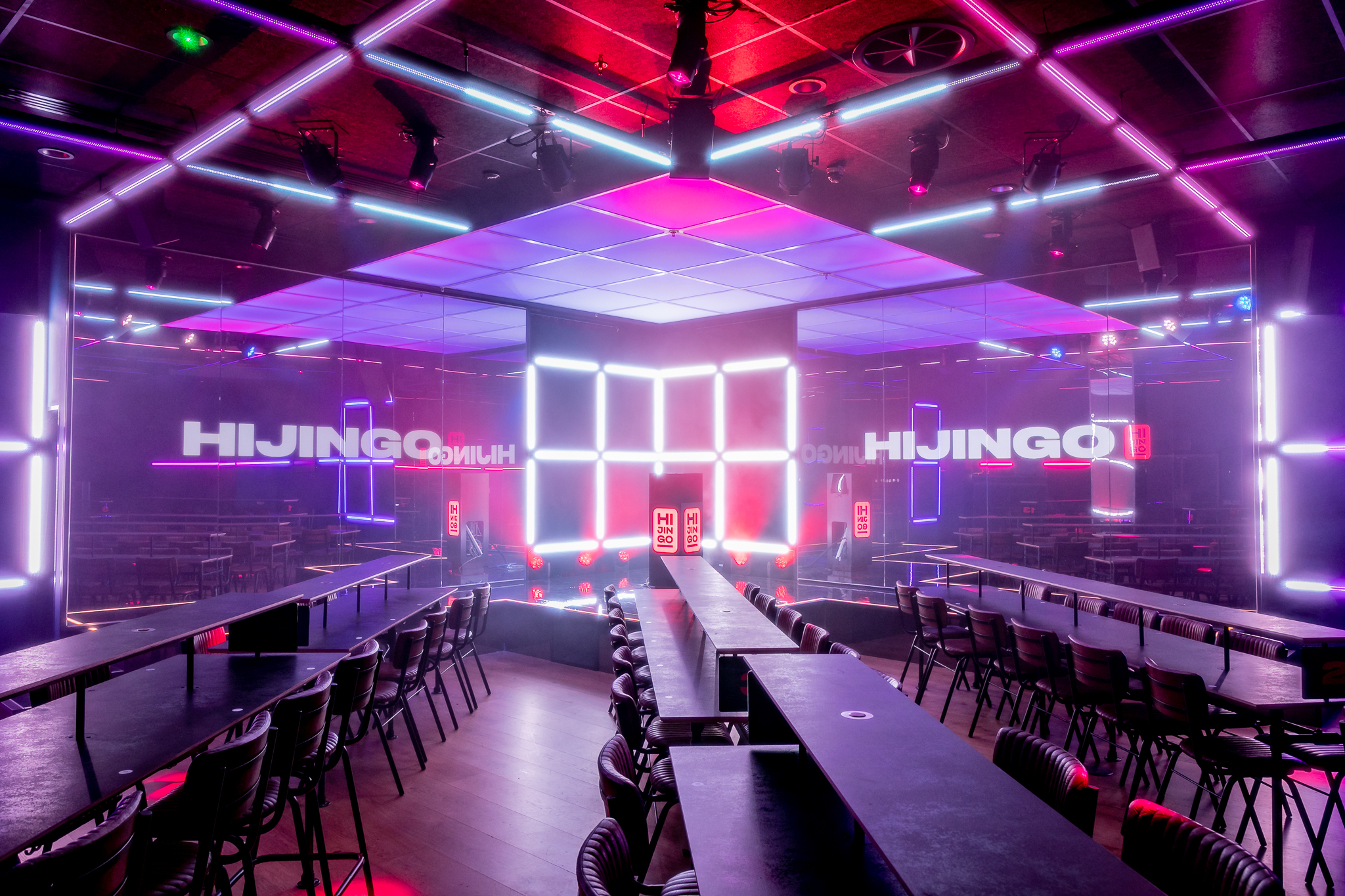 Past the Lucky Cat Bar, down a tunnel dimmed with red lighting and ‘Maneki-Neko’ wallpaper, you enter a room literally pulsing with energy. You’re hit with a wall of overlapping voices and upbeat music.

You can’t help but dance to your seat, pull out your card, uncap your maker, and settle in because it’s time for bingo. 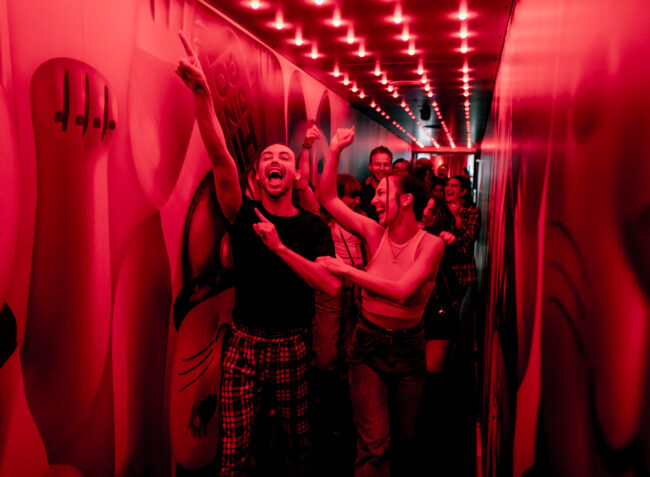 Everything about the night will keep you on your toes. Even before the event begins, a giant countdown clock looms over the room and ticks down the minutes until “your life is completely transformed.”

I played through two games or their ‘full game session.’ Each one had three chances to win a prize. The numbers are called in quick succession by an automated voice that commands the room. I felt that this rapid pace helps keep the high energy and interest throughout each round.

To mark the end of a round, you hear an excited voice yell “hijingo,” and the potential winner is brought onto the stage. In front of the anxious crowd, their card is scanned, and the voice will announce if they have come out victorious or if they will be lead back to their seat in shame. 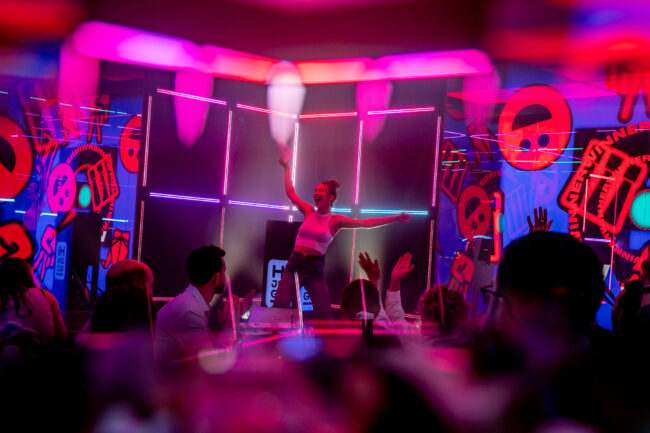 The atmosphere created an air of excitement and anxiety that was almost tangible. Although we were all playing to win, there was a team attitude amongst the 100-person crowd.

“The atmosphere was very welcoming,” Allie Manning said after winning a light-up raincoat. “It’s like everybody actually wanted me to win.”

The prizes ranged from small unique items such as Manning’s jacket to medium-extravagant items, like a light-up ping-pong table. Finally, the last rounds offered life-changing experiences. For example, someone walked away with a trip to New York City for two.

No matter the outcome, cheers would erupt from everyone, including the unfailingly enthusiastic waitstaff.

“It feels like I’m the guest,” server Milo Benjamin said after cheering for someone dancing off the stage. 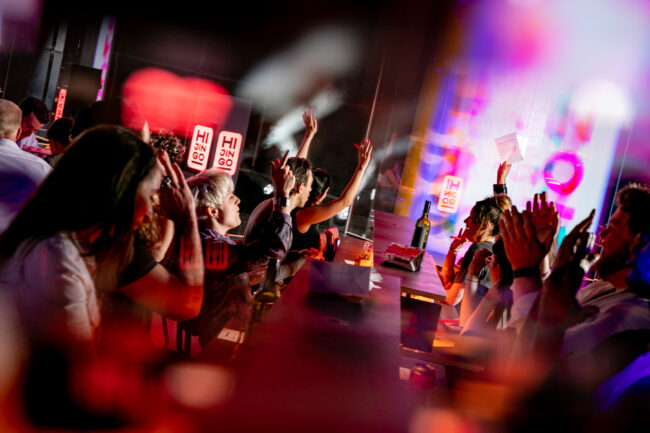 Everything about the venue says, ‘come as you are and stay awhile.’ Even after both games were completed, friends stayed chatting in the seats enjoying their drinks and food.

This game is definitely designed for those who don’t mind standing up and shouting. If the thought of that makes you uncomfortable, drag someone along to yell for you, and don’t miss your chance to win.

Understand that when you schedule a night at Hijingo, it will be a non-stop experience. Go with high energy that you can keep up for the 90-minute session.