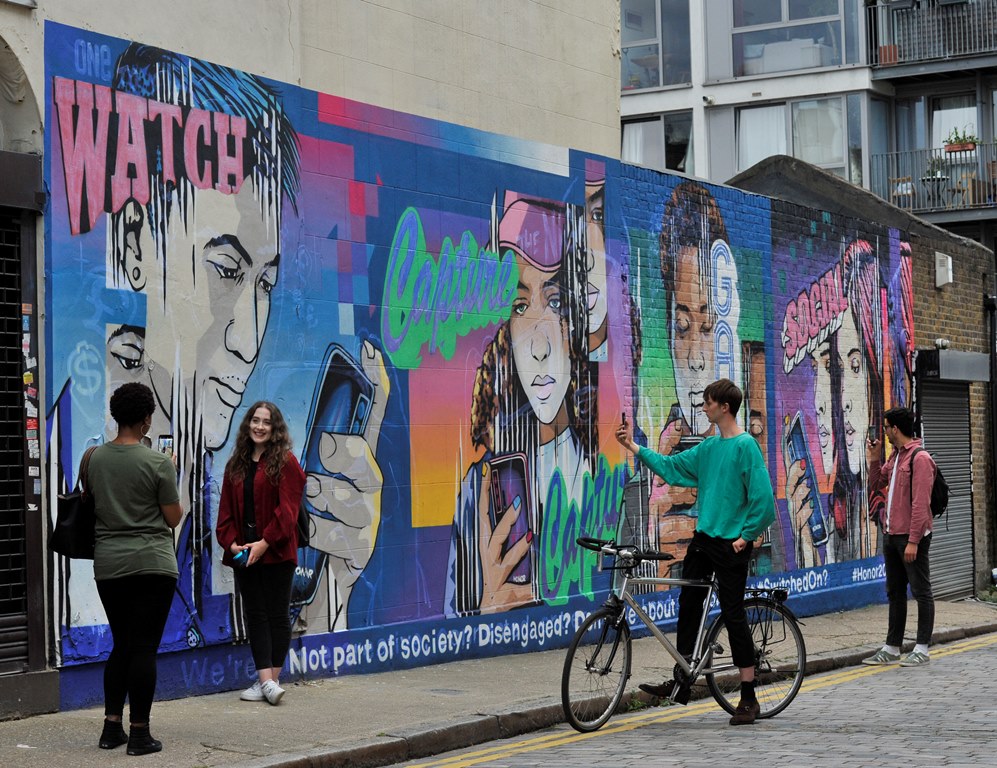 London’s most creative locations to work

Time was, there was a special district for your industry in London. Bankers in the City, fund managers in St James, the press in Fleet Street, advertising execs in Soho, and publishing in Bloomsbury. But as London’s derelict districts get turned into prime real estate by enterprising developers, the map has been redrawn and office workers have been freed from the geographic shackles of tradition.

Creatives and start-ups first go where the rent is cheap and then where the trend is hot. Let’s take a look at some of the districts establishing themselves in the town, and where the engines for London’s post-covid recovery are roaring back to life.

Once bleak industrial land made up of gasworks, coal depots and an old granary, the past ten years has seen dramatic transformation. The flagship development, Coal Drops Yard, was designed by the famed architect Thomas Heatherwick and completed in 2018 for people to enjoy its blend of shop, work, learn, dine and play.

Designer Tom Dixon’s offices overlook the Regents Canal while art college Central St Martins fills its 19th century granary building with fashion, drama and photography students. Shoppers browse retail brands like Aesop, Cos and the various markets that spring up each month, while others gather around food trucks, restaurants and pubs from lunchtime and into the night.

It’s no wonder all sorts of businesses have made the area their home, even drawing some financial services from their traditional addresses further east. Zar Amrolia, an executive at a local fintech business, is just one example of the new breed of financier, looking beyond the City for a workplace that offers its staff more than tradition.

There is no shortage of lunchtime and after-work foot traffic. Across the canal from Coal Drops Yard are Google’s new offices, where Demis Hassabis runs his DeepMind artificial intelligence unit. Also designed by Heatherwick the building is nicknamed the “landscraper” for its sideways spread. Google are expected to welcome 4,000 tech workers back to IRL-working from July 2021, while hundreds of journalists and editors will return to The Guardian newspaper’s offices, here since 2008.

With such a mix of minds and commercial opportunities, Kings Cross is fast becoming one of the best places to get creative.

A similar story to Shoreditch in the 2000s – as the artists have moved to Deptford, its reputation as an energetic, young place for creative businesses has grown. As it’s barely a 15 minute train into town, and a short hop to historic Greenwich, Deptford has become an attractive place to live.

Cycle down the high street and you will see Deptford Market Yard, a modern mixed-use development designed by U+I, home to a weekend market and regular pop-up shops. Then follow the railway and you will find small bars and restaurants under the arches. It’s here that Archie and Louis Village have run their craft brewery, Villages, since 2016 – supplying Londoners with a fresh take on Britain’s favourite drink and serving thirsty Deptfordites in their on-site tap room.

Designated one of London’s first Creative Enterprise Zones in 2018, the government is investing in Deptford’s arts and creative industries, and the demand for space is growing. For example, Deptford Foundry is a block of 85 affordable art studios servicing over 100 artists, designers, ceramicists, photographers, illustrators and other creatives.

Our second south-of-the-river recommendation, the stretch of the riverbank from London Bridge to Waterloo Bridge has been an amalgam of arts and business for centuries. Theatreland in the time of Shakespeare, industry in the Victorian era, and culture in the 20th century. The South Bank Centre, Royal Festival Hall and the National Theatre made this area a destination for culture vultures, but it was more recently that the creative industries made it their home.

The area is filled with people, working, playing or just wandering. Mark Read moved advertising behemoth WPP to the South Bank in 2018, and in 2014 US rival Omnicom placed their headquarters in Bankside. Two WeWork coworking spaces sit behind the historic OXO Tower and the Tate Modern, the UK’s most visited attraction, sits next to the reconstruction of Shakespeare’s Globe.

Next time you are thinking of a new place to work, why not visit one of these districts. Inspiration comes from variety, and London is one of the most varied and diverse cities on earth.