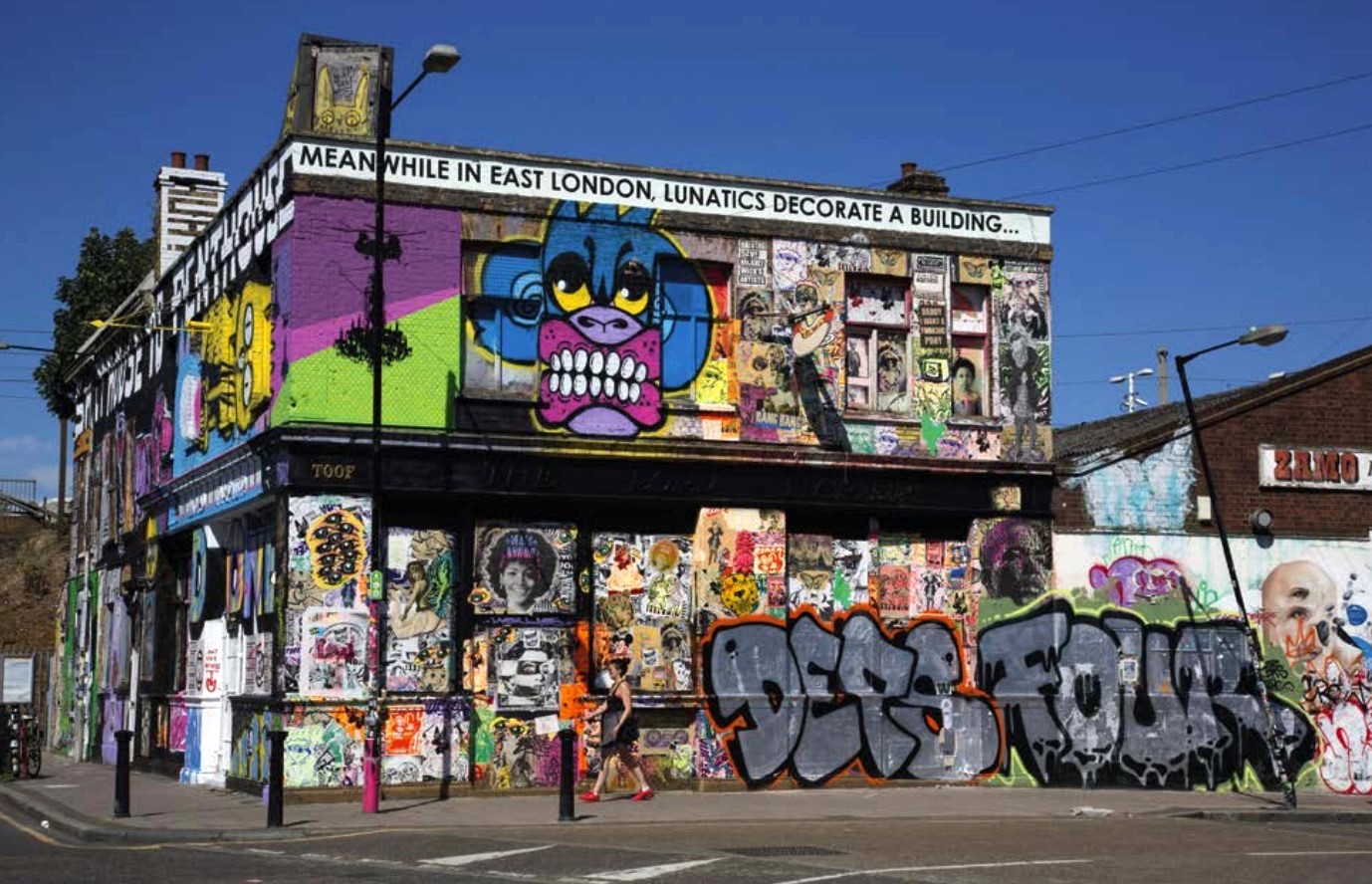 The Hackney Wick graffiti building will reopen on Saturday August 7th with food, cocktails and music curation with a special nod to its graffiti heritage.

It’s been twenty-six years since the last (legal) pint was poured at the Lord Napier pub in Hackney Wick but now the infamous building will reopen as the Lord Napier Star, part of Rob Star’s Electric Star Pubs. Unique features include a huge 80 seater roof terrace boasting panoramic views across Hackney Wick with two first floor function rooms that can be booked for private parties, meetings and other gatherings. As with all the Star pubs, music will be a heavy influence on the building with a policy of all things fun and credible, from old school R&B, soul, funk, disco, decent vocal house and good old house classics. Food will be skippered by KraPow, a relatively new food collective that serve up some zinger Thai flavours. They stand against anything bland and will add some Northern Thai soul to the building. The outside graffiti will be updated yet will still retain a strong connection with its roots with a team of established local artists headed up by one of the original painters. Open from 12pm to late every day with coffees, lunches and other nibbles available throughout, creating a true hub of the Hackney Wick community.

The team are proud to be a part of the ever-changing face of Hackney Wick and the artistic heritage of the area will be reflected not only on the outside but also within the walls of the building. 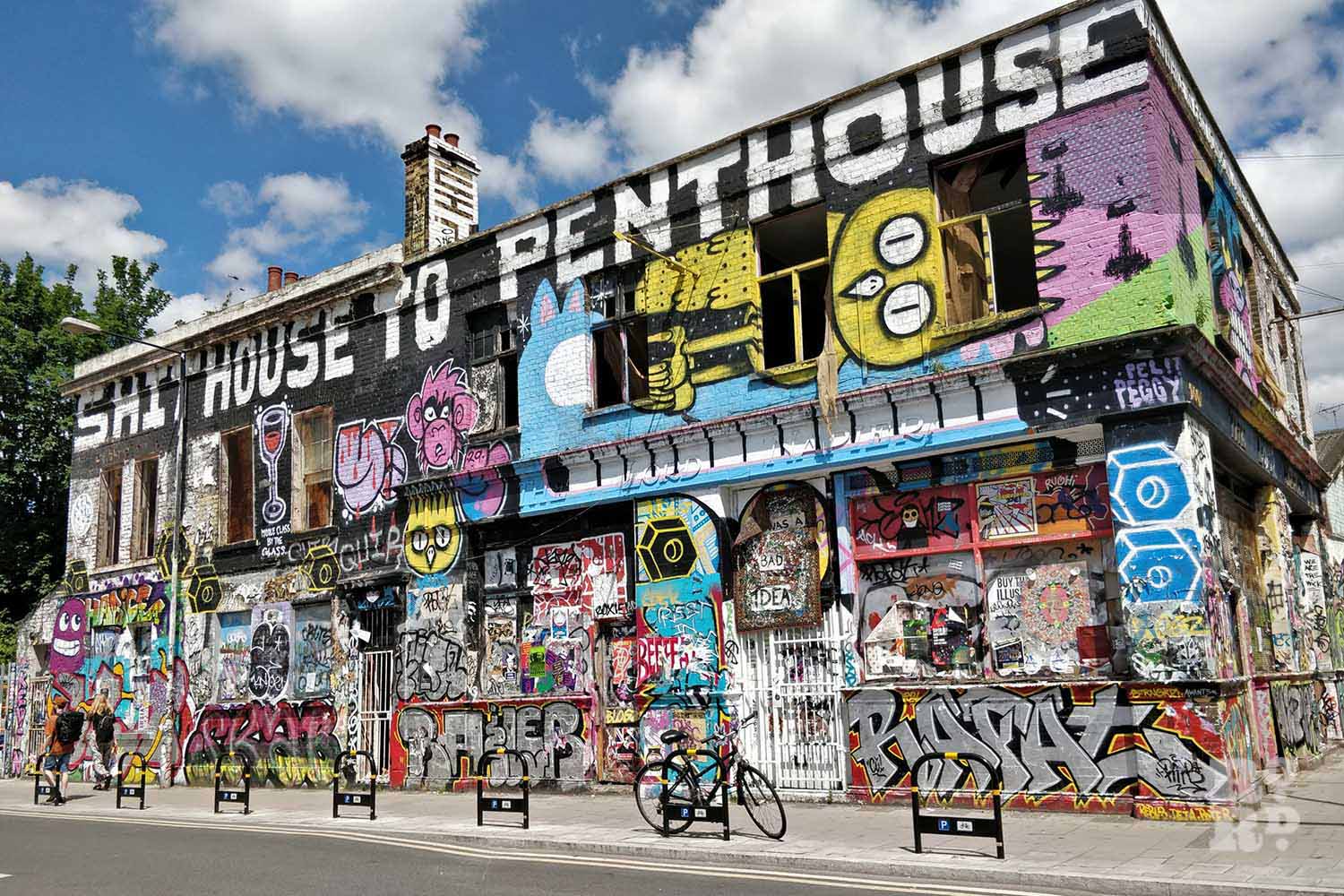 Rob Star, founder of Star’s Electric Pubs Group says “I used to go to parties at The Lord Napier in the early 2000’s and for many years it has been my dream to turn it back into a proper boozer. I have been working with landlord Stewart Schwartz for over 6 years to turn that dream into a reality and sometimes I still can’t quite believe it’s actually happening. It’s the only pub in Hackney Wick, so I will be making sure that it appeals to as many people in the community as possible. It will also be my local, as I only live a stone’s throw away, so it needs to be extra special”

Music will be programmed by Tom Grainger from Earth Agency, some of the artists already assigned to play in the opening weeks include A Guy Called Gerald, Theo Kotis and Lemmy Ashton (Bugged Out). With a varied, fun and ever changing schedule of programming from an old school pub disco with DJ sets to local selectors and occasional special guest nights. A high end sound system will be installed, and the venue has a license to open until midnight during the week and 1am on Fridays and Saturdays.

The in-house food will shy away from the norm and offer Hackney flavours from Northern Thailand, based around punchier and much more complex notes from neighbouring countries Laos, Myanmar and China. Think Thai burgers with fish sauce relish and gooey egg and Gai Yang, a chilli and lemongrass boneless chicken thigh served with Nam Jim Jaewtamarind dipping sauce. The food is aiming to be anything but ordinary, based in an extraordinary pub.

The drinks menu will contain a rotating line of local craft beers, alongside the more standard beers and rotating cask ales. Classic cocktails will make an appearance alongside an extensive spirit and wine list.

This will be Electric Star Pubs’ eighth venture, with their first being the Star of Bethnal Green. However no two pubs are ever the same. Catering for different demographics in each location every pub is built from the ground up to suit its location and local community. The Lord Napier is no different. Falling back to its indoor pub roots with exterior coated in graffiti, The Lord Napier is set be one of the best looking pubs in the eight pub arsenal.