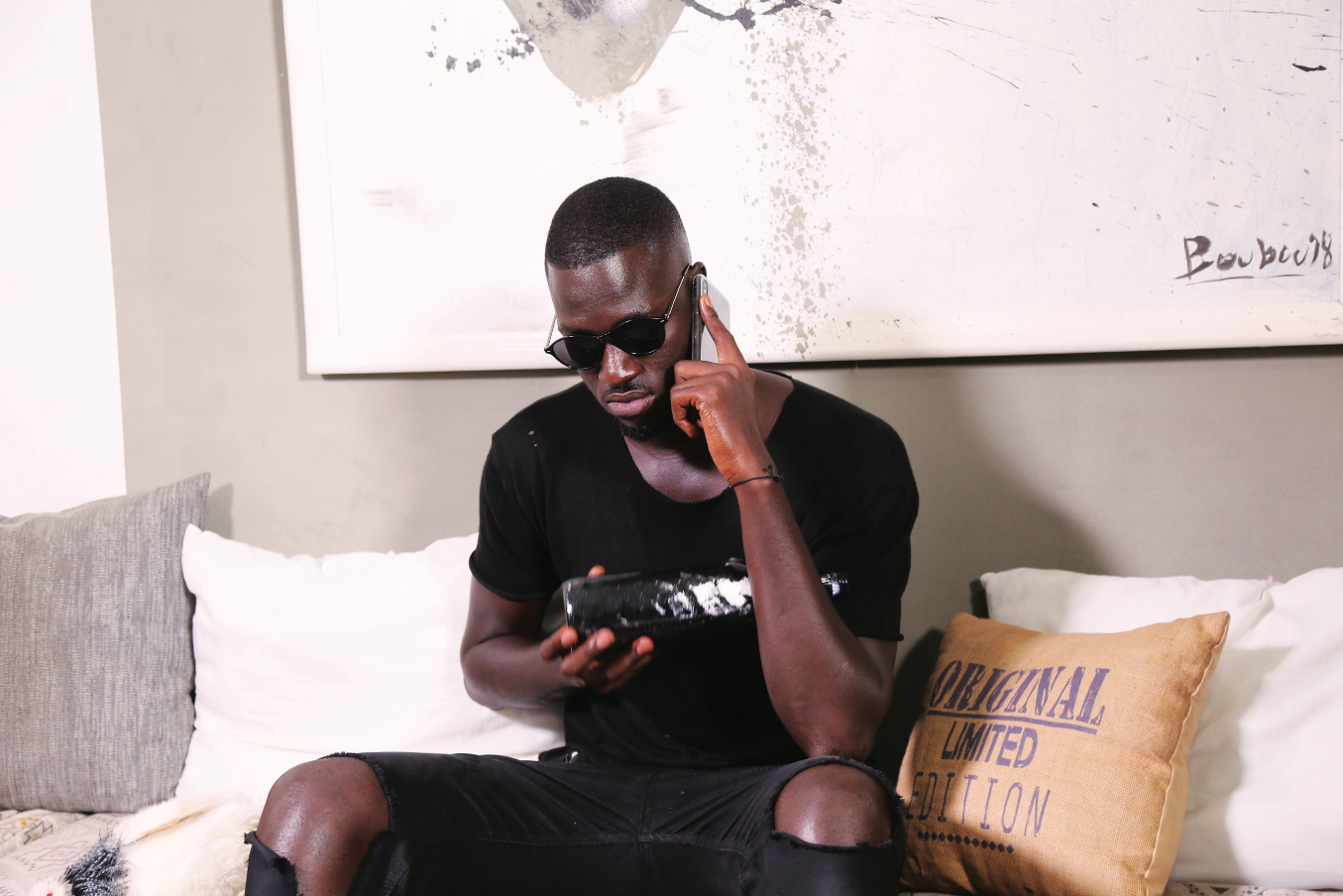 Boubou: The Senegalese artist that paints using everything and anything

Have you ever used a shoe to paint? How about a wheelchair, or even better, a person? You might never have, but Boubou definitely has.

Boubou Niang, known as “Boubou Design” was born on August 18, 1994, in Niomiré (Senegal). He is a visual artist, whose atypical painting methods are mind-blowing. Indeed, Boubou is well-known for two things : 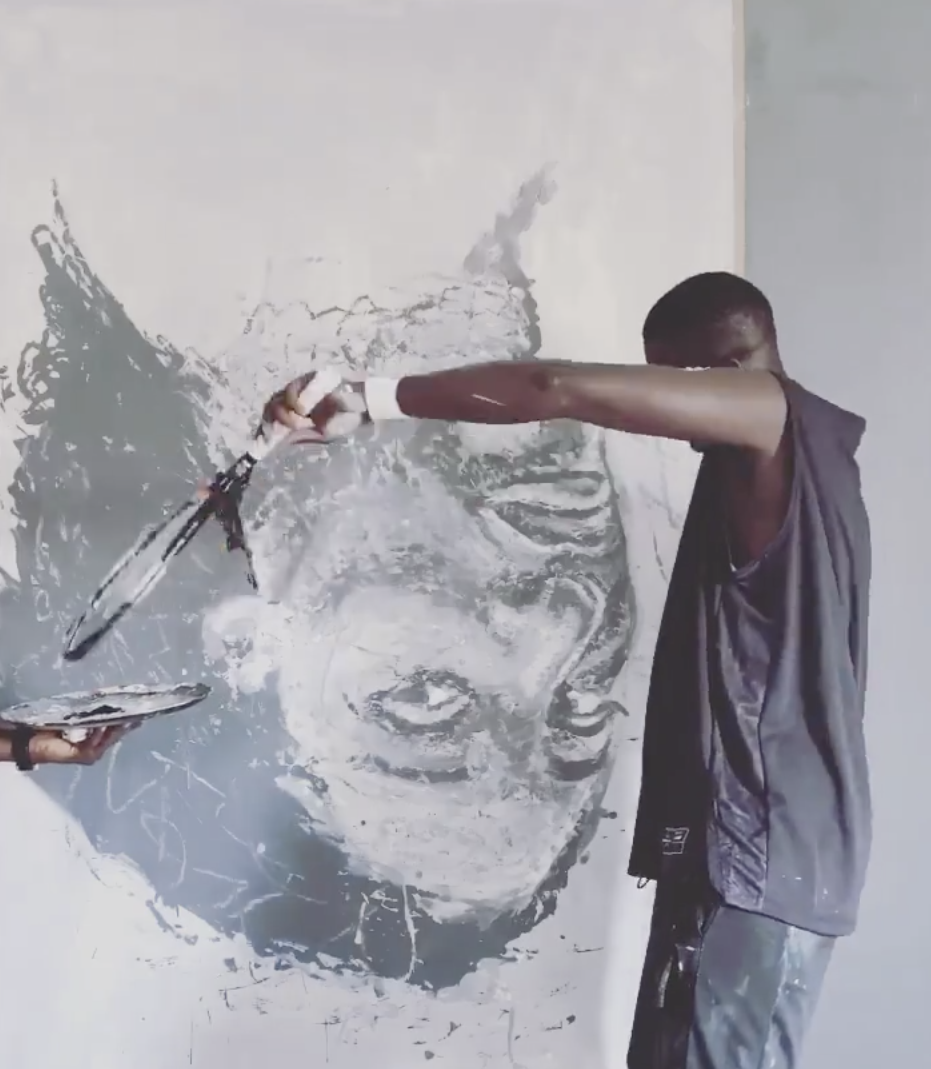 Most of the time, the objects he uses to paint have a connection to the public figure, or the political movement/idea he aims to represent. It is the case for his painting of Serena Williams, for which he uses a tennis racket and a ball, or his “End Sars” painting, shining light on the “End Sars Movement,” in response to police brutality in Nigeria, for which he used a Nigerian Flag. 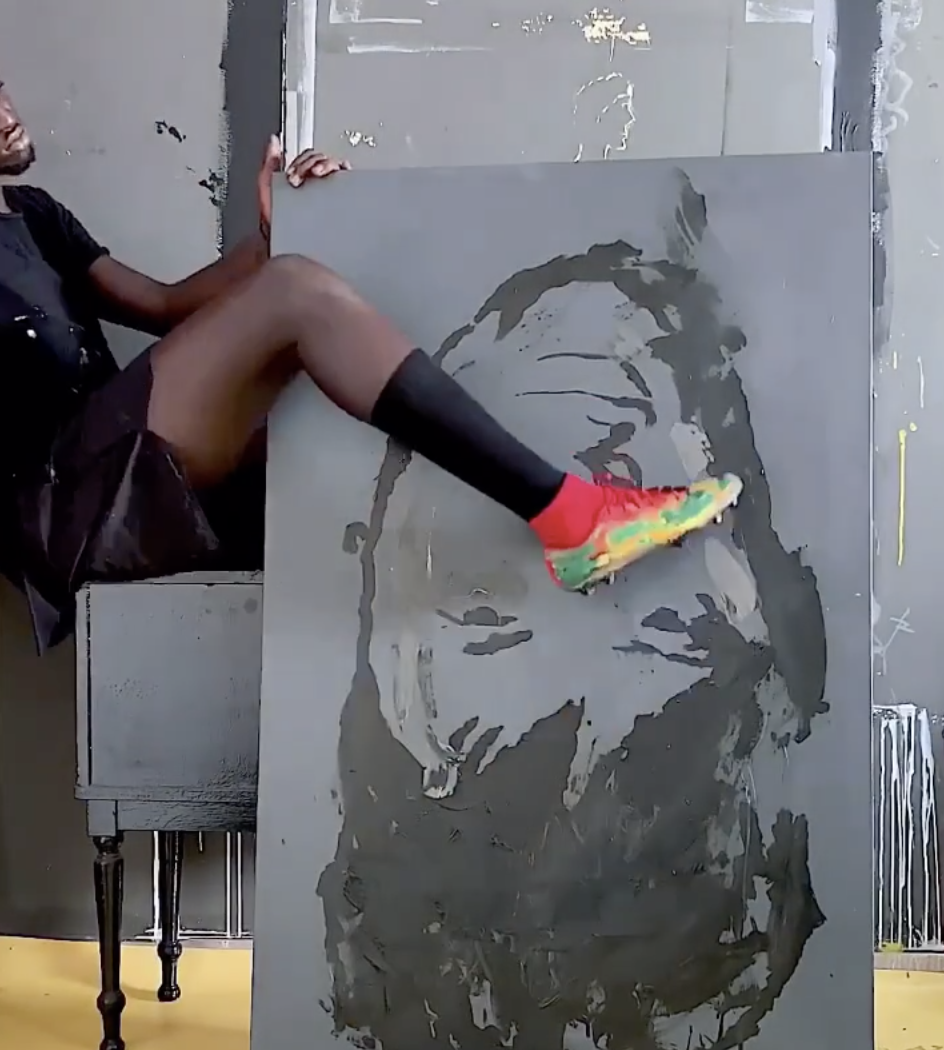 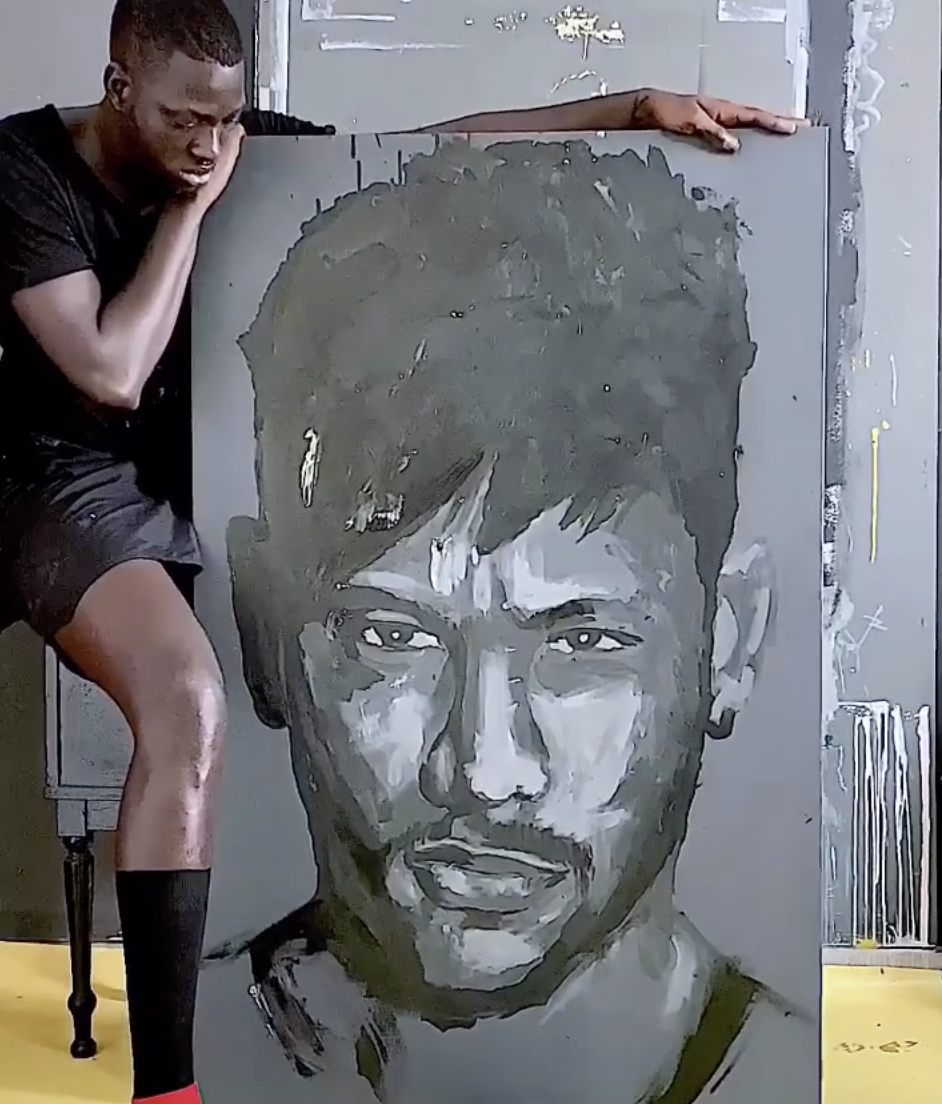 If some may find Boubou’s painting methods bizarre and out of the ordinary, they have gotten him attention from celebrities such as Beyoncé and The Rock. Some of his well-known paintings feature late legends, Kobe Bryant and Chadwick Boseman.

Since his younger age, Boubou used to draw on Jerseys and sheets for events and ceremonies. He was quite popular in his village and created many emblems for his village’s local businesses.

At the age of 14, Boubou left Niomiré for Turin (Italy), where he moved in with his uncle. When he arrived in Turin, he went to secondary school for 3 years and then joined, at the age of 18, a vocational high school where he specialized in multimedia. 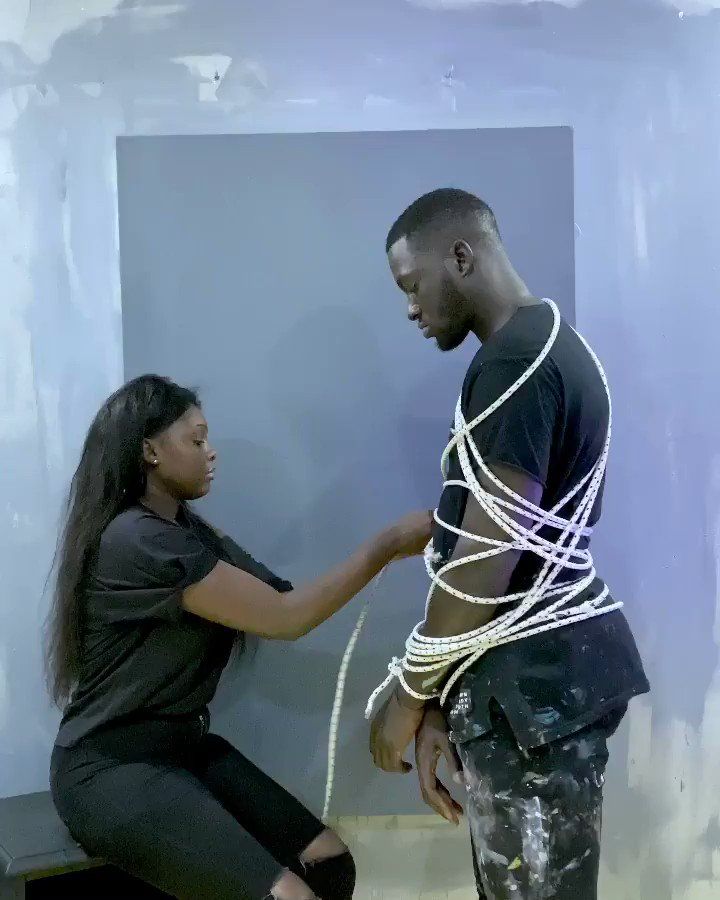 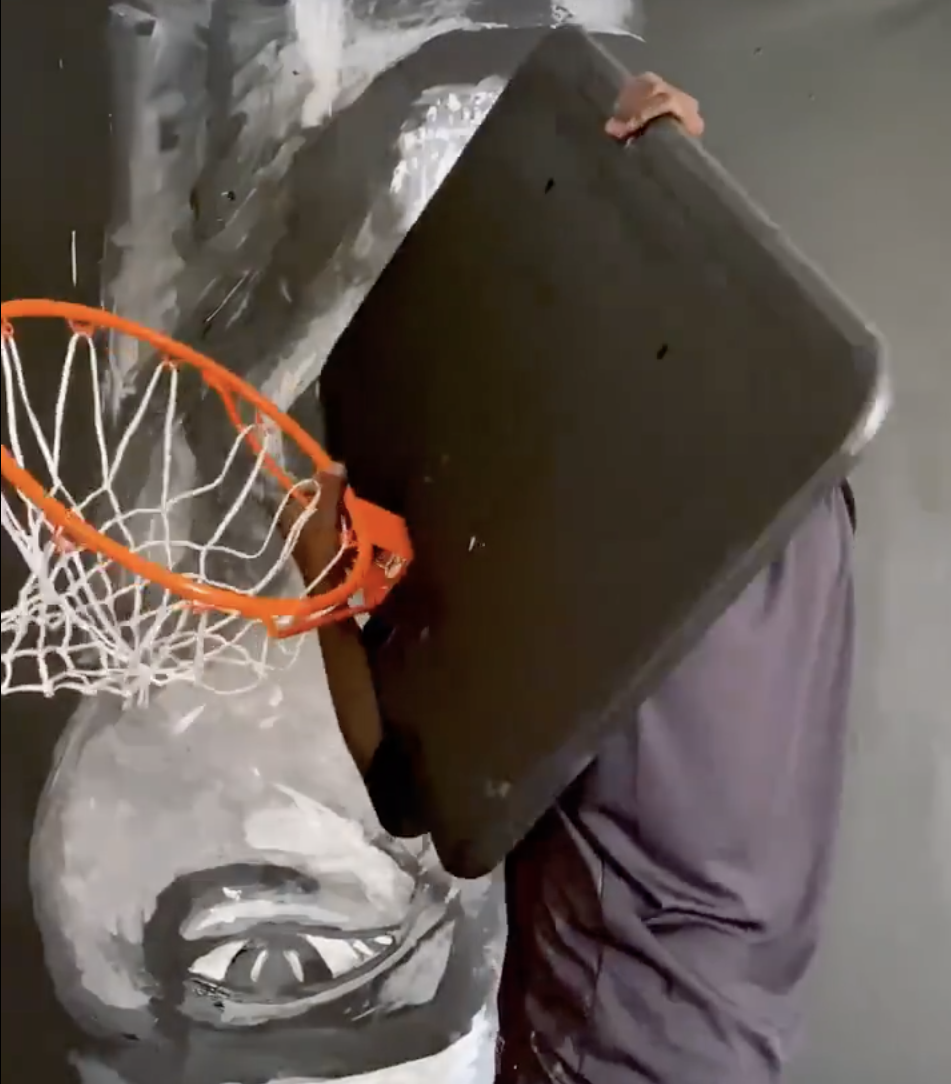 During his studies, Boubou made various encounters—Giorgio Maria Marengo from the Forssano Gallery, Mr. Ettore, his art history teacher, and Sylvia Forsanero, a restorer of works of art—which have influenced his work as a visual artist.

Boubou is now based in Senegal, where you can find him painting with various objects. In the meantime, you can find some of his work on his Instagram where he posts most of it: @bouboudesign_