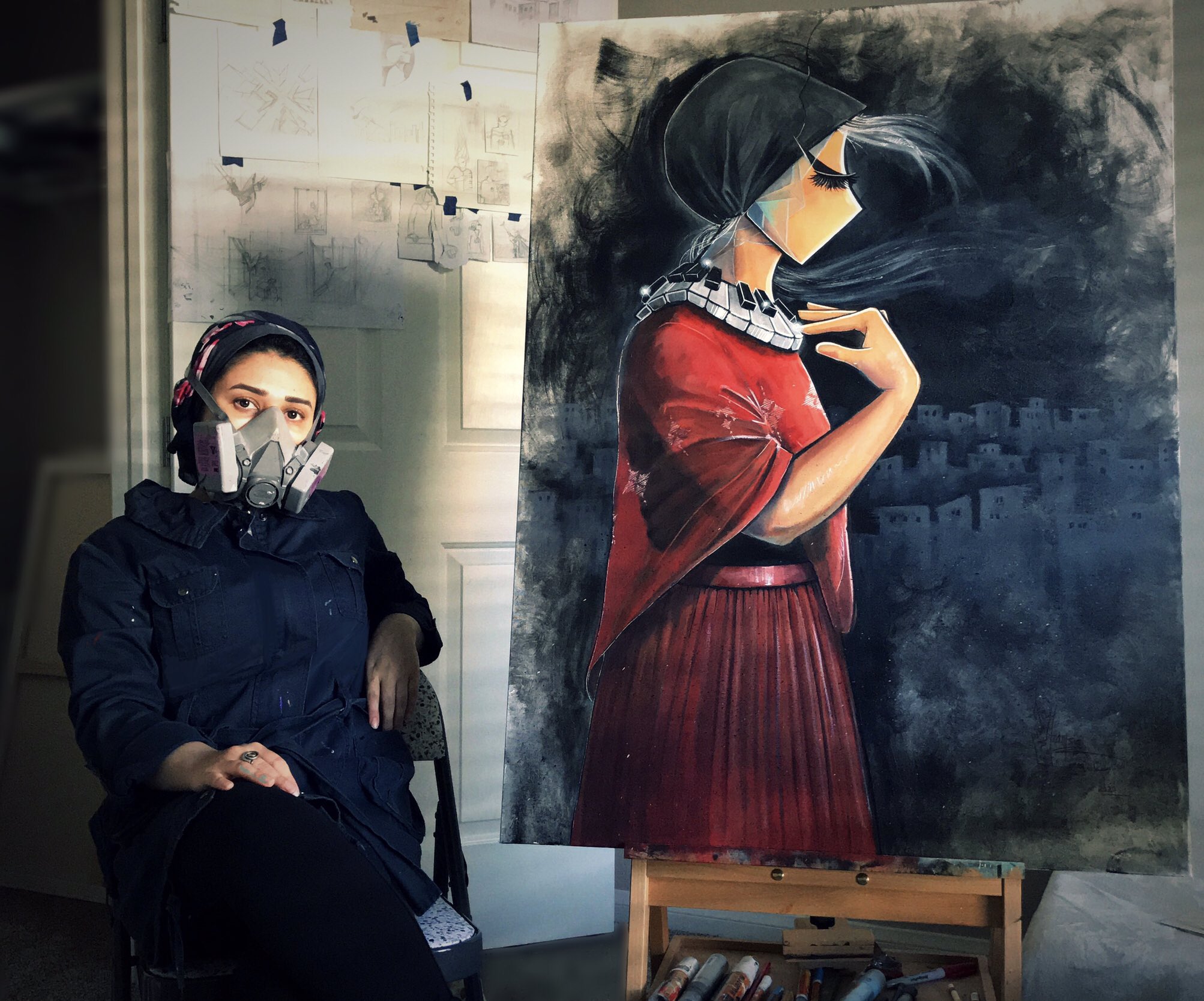 Born in April 1988, Shamsia Hassani is the first female graffiti artist of Afghanistan and a lecturer of Fine Art at Kabul University. She was born to Afghan parents in Tehran, Iraq, where she grew up until 2001 because of war in her home country.

When she returned to Kabul after the fall of the Taliban in 2001, she found that “Art was evolving there. The number of artists and art lovers was gradually increasing. Of course, there were still many who opposed art, but it was available for everyone and we had the freedom to be an artist,” she explains.

Hassani started working with contemporary and realistic styles. Her first introduction to Graffiti art was through a workshop organized by Combat Communications in 2010. She was able to have hands-on experience through the workshop and realized it would be interesting to use the walls as her canvas, making her art available to all eyes. Her work has been exhibited all around the world, in places such as the United States, Italy, Germany, India, Vietnam, and many more countries. 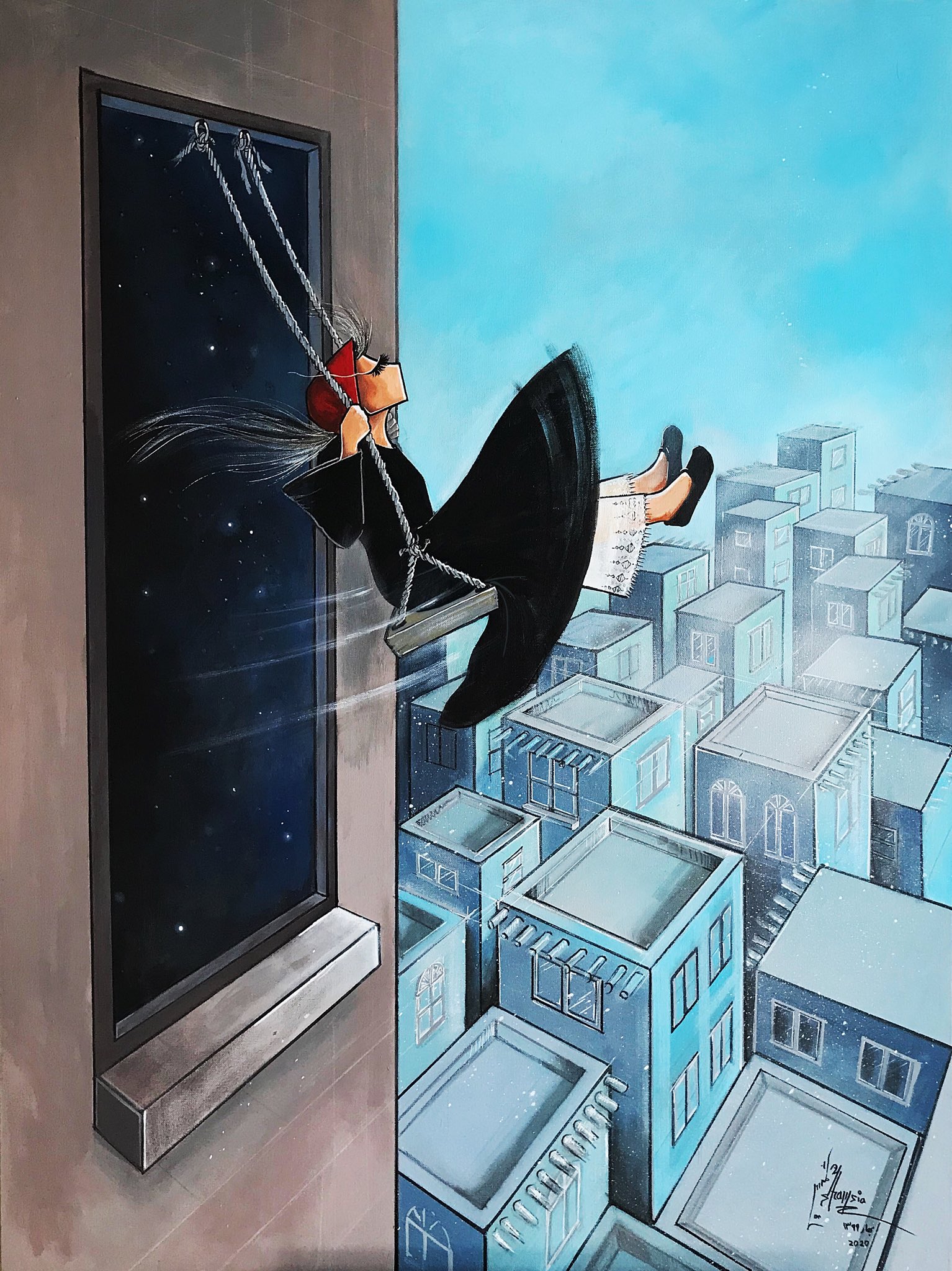 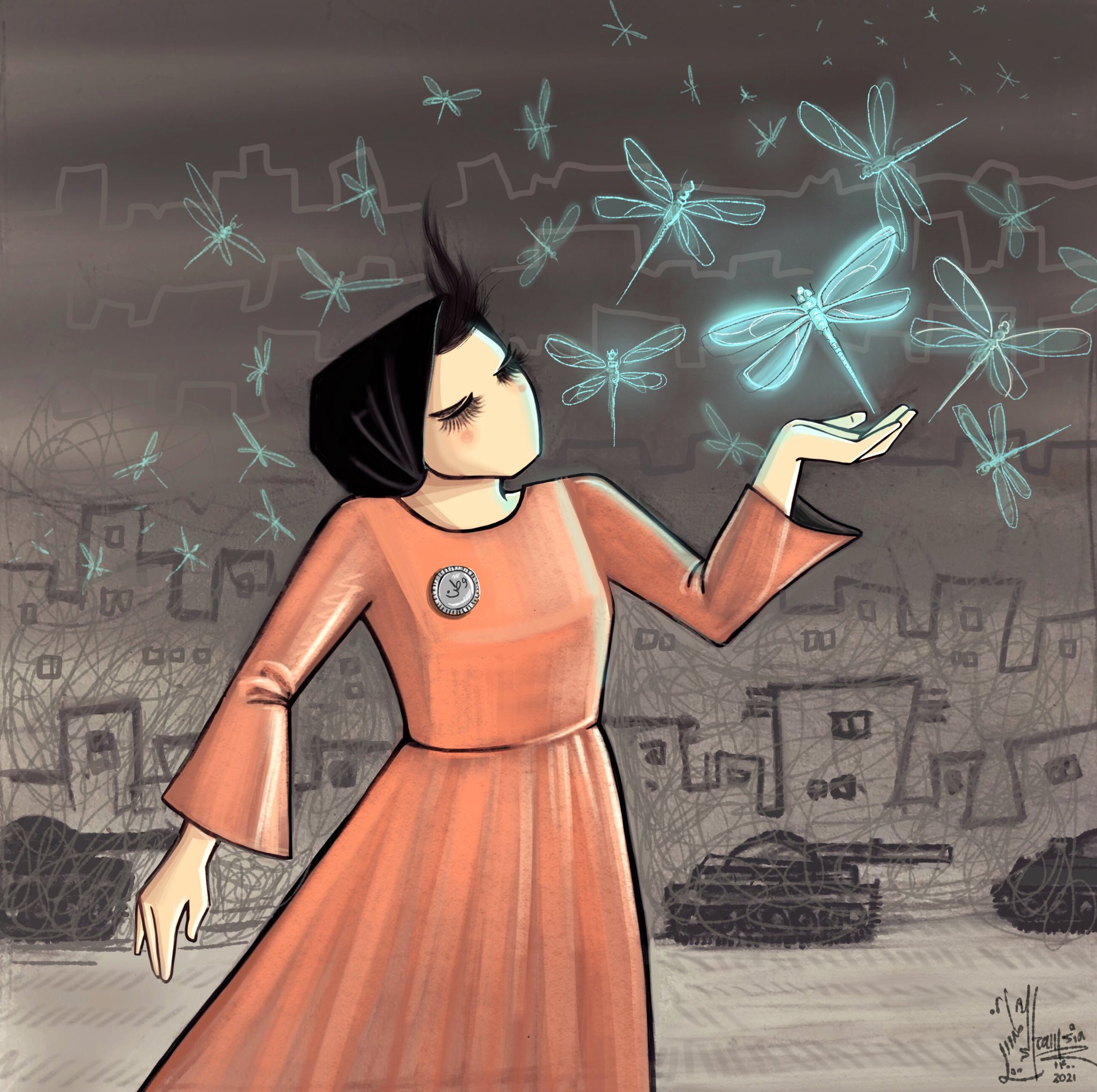 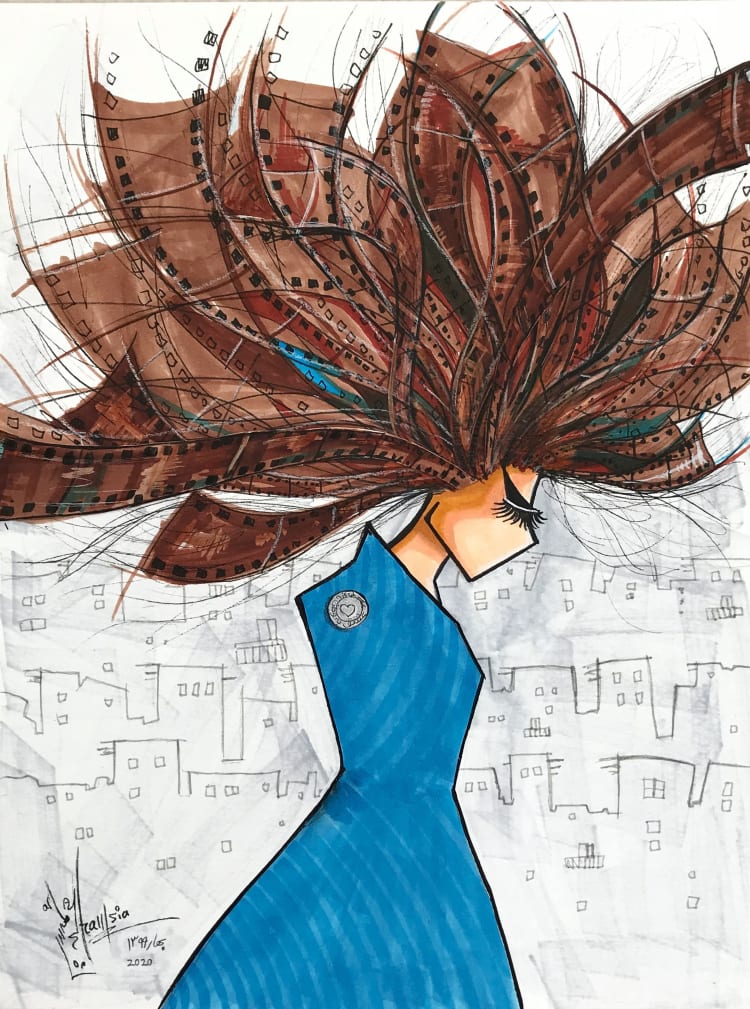 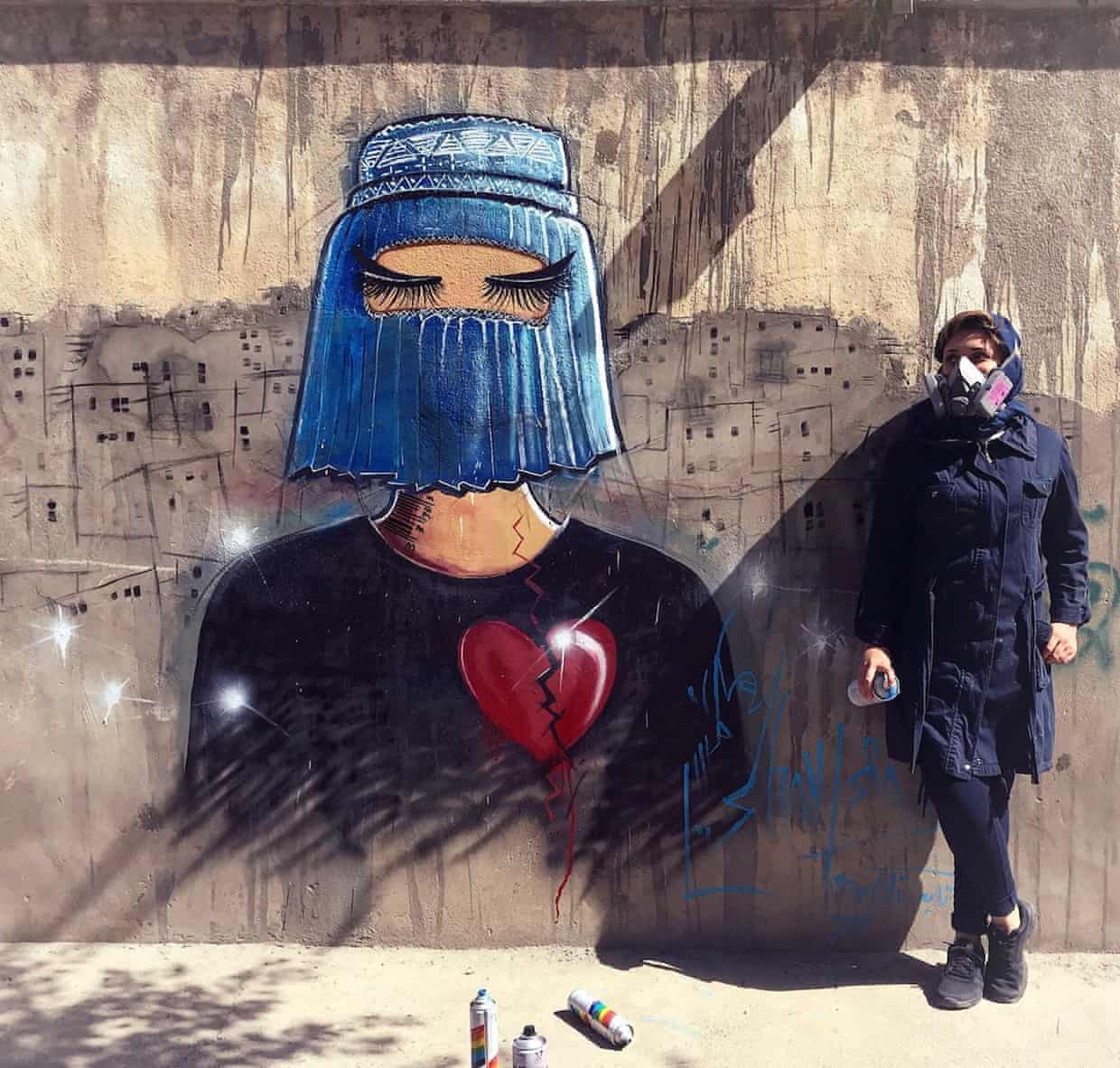 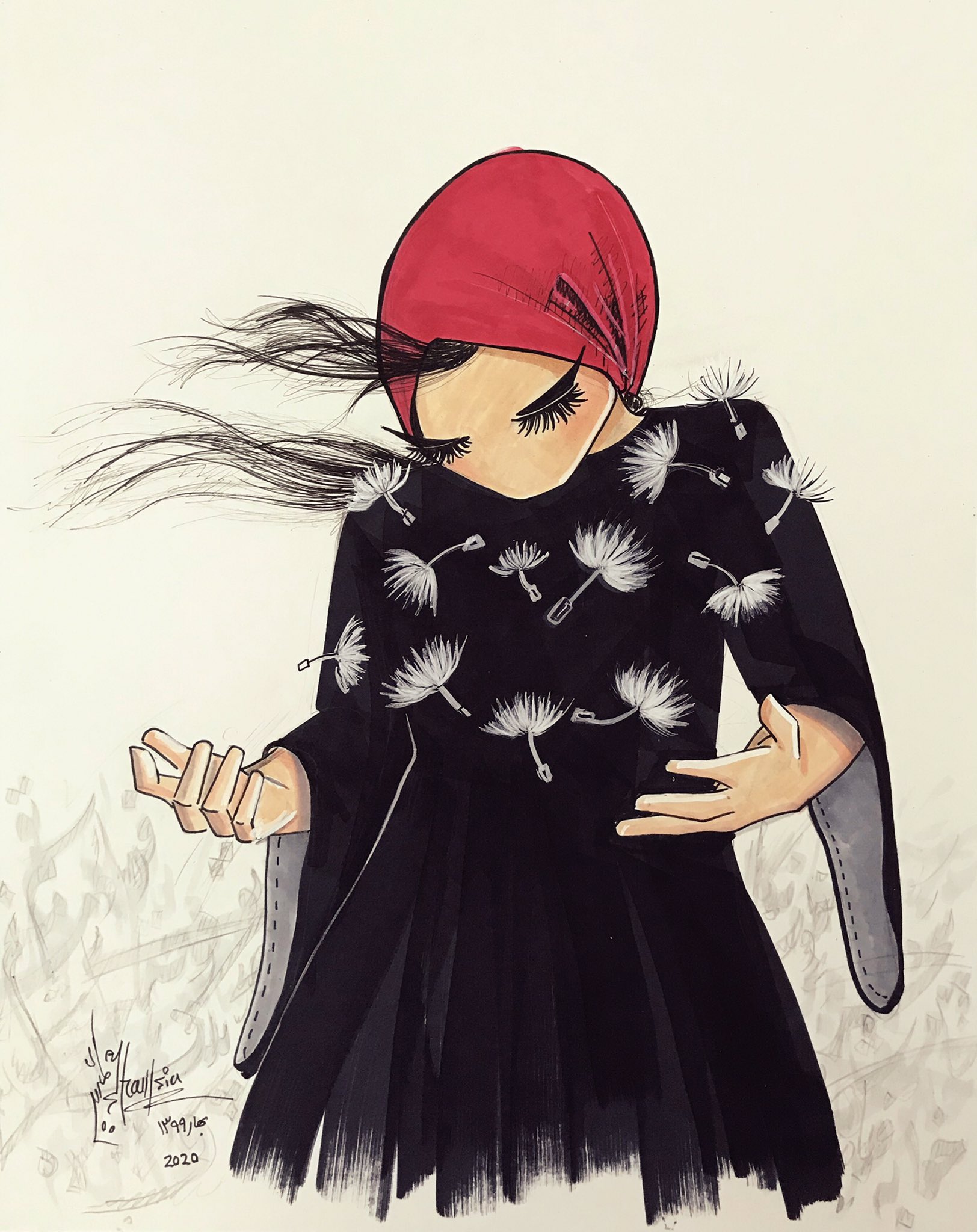 Shamsia Hassani believes that art is a kinder way to fight with every kind of problem, and for that, she uses her art as a powerful canal to express herself and tell stories. With women issues always on her mind, Hassani’s first graffiti featured women wearing a Burka, using the Burka as a symbol of womanhood in her society. However, as time elapsed, she introduced a new woman to Kabul. One she describes as having sharp shoulders and a stronger shape.

Hassani’s character is present in all her pieces and plays many roles. Sometimes she is a fighter, sometimes a combattant, sometimes an artist. Her character usually has her head covered with a hijab, however, sometimes she paints her with her hair out which might seem controversial in Afghanistan. Additionally, this character has no mouth and closed eyes because, as she explains,

“Her shut eyes believe that there is nothing good to see – she wishes to ignore everything, to feel less sorrow.”

Since the Taliban takeover that happened a few months back, Shamsia Hassani has been able to escape the Taliban. She always believed that art was stronger than war but said she realizes “that war is stronger, and everything we built over 20 years could be destroyed within minutes by its darkness.” She keeps painting to keep her head over water and hopes for better days.