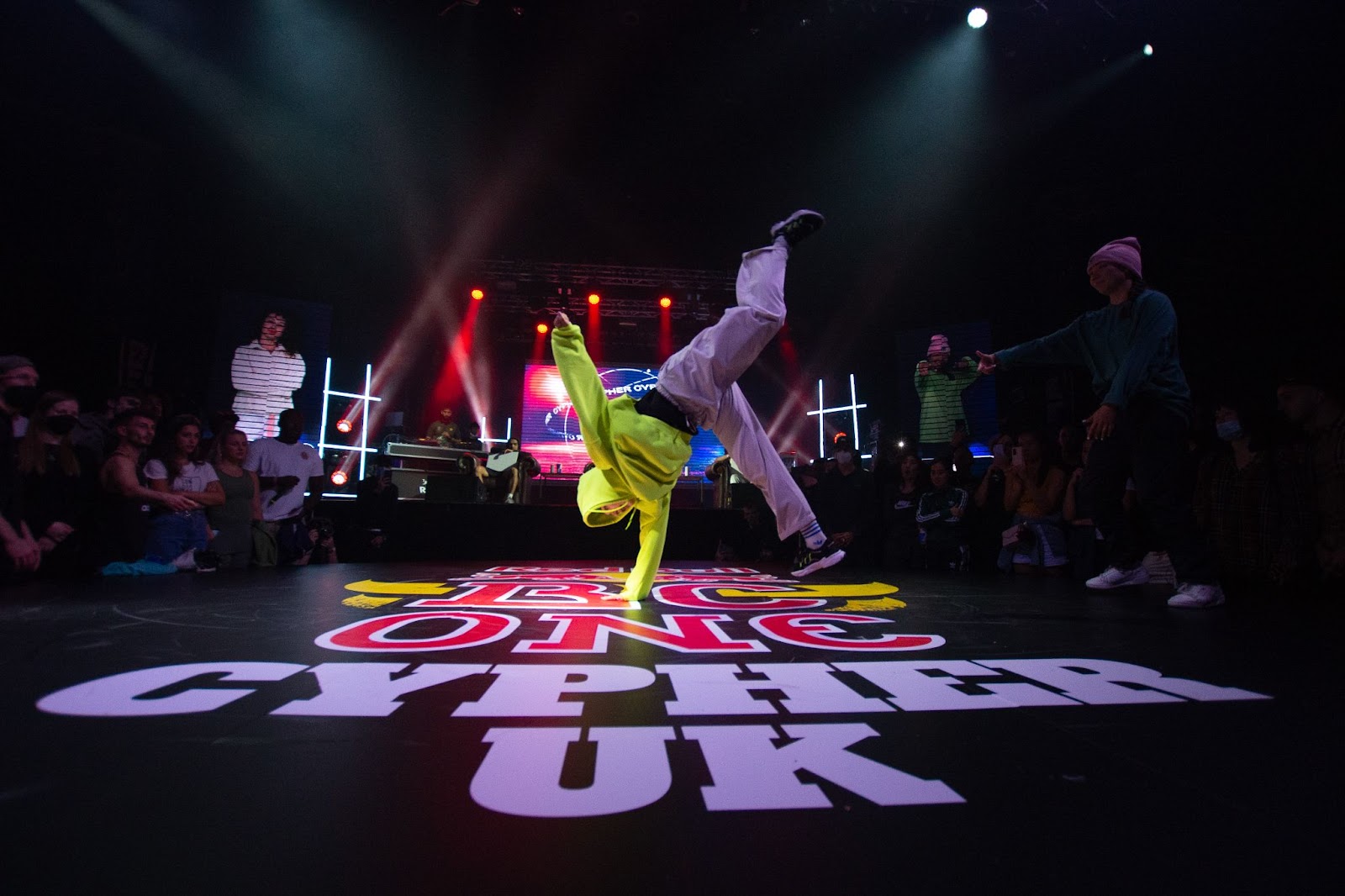 Red Bull BC One, the biggest B-Boy and B-Girl competition in the world is back for 2022. Taking place across two days on Saturday 14th May at Red Bull London and Sunday 15th May 2022 at Electric Brixton, London, this is a high energy weekend you wouldn’t want to miss!

Hundreds of UK competitors will battle it out to earn their place at Sunday’s UK Cypher to break their way through to the next stage. Dancers from day one will enter the BC One Cypher UK Final, where they will vie to win a place at the prestigious world final in New York.

Red Bull BC One is an international breaking competition that attracts thousands of solo B-Boys and B-Girls from around the globe. The competition has been running since 2004 and is one of the biggest and most respected breaking events in the world that is judged by renowned breakers.

B-Boy Sheku who has 31 titles and is a two-time Red Bull BC One champion, is one of the B-boys to look out for in this year’s competition. B-Boy AJ The Cypher Cat who showcased his skills to reach the semi finals for his first ever BC One UK Cypher, B-Boy LB, B-Boy Magic and B-Boy Victor Jay are also ready to compete in this year’s Red Bull BC One to claim the ultimate spot to compete at the World Final.

Our breakers, competing for a place in the World Final, will be judged by an expert panel of judges. Judges include AT, a member of the Flow Mo Crew who has cemented her name as a leading figure in the international breaking scene, Lagaet, who has won numerous titles around the world with his extraordinary, signature breaking style, and RoxRite, a competitive B-Boy who has won 100 titles including the UK B-Boy Championships, Red Bull BC One and Freestyle Session. The not-to-be-missed event will be hosted by Floorless Forms B-Boy Swifty, who with more than 15 years experience in the scene, will guarantee high energy levels throughout the thrilling weekend.

B-Boying or breaking first emerged in the early 1970s and originating among African-American and Puerto Rican youths in New York, and the street style dance quickly spread worldwide. Due to its popularity around the world with countless competitions and worldwide media coverage, Breaking has now become an Olympic sport and will feature in the 2024 Olympic games in Paris. To pay homage to breaking’s roots, the BC One World Final will be held in New York City.

Tickets for Red Bull BC One Cypher are £8 + booking fee. For more information and tickets, please visit www.redbull.co.uk/bcone