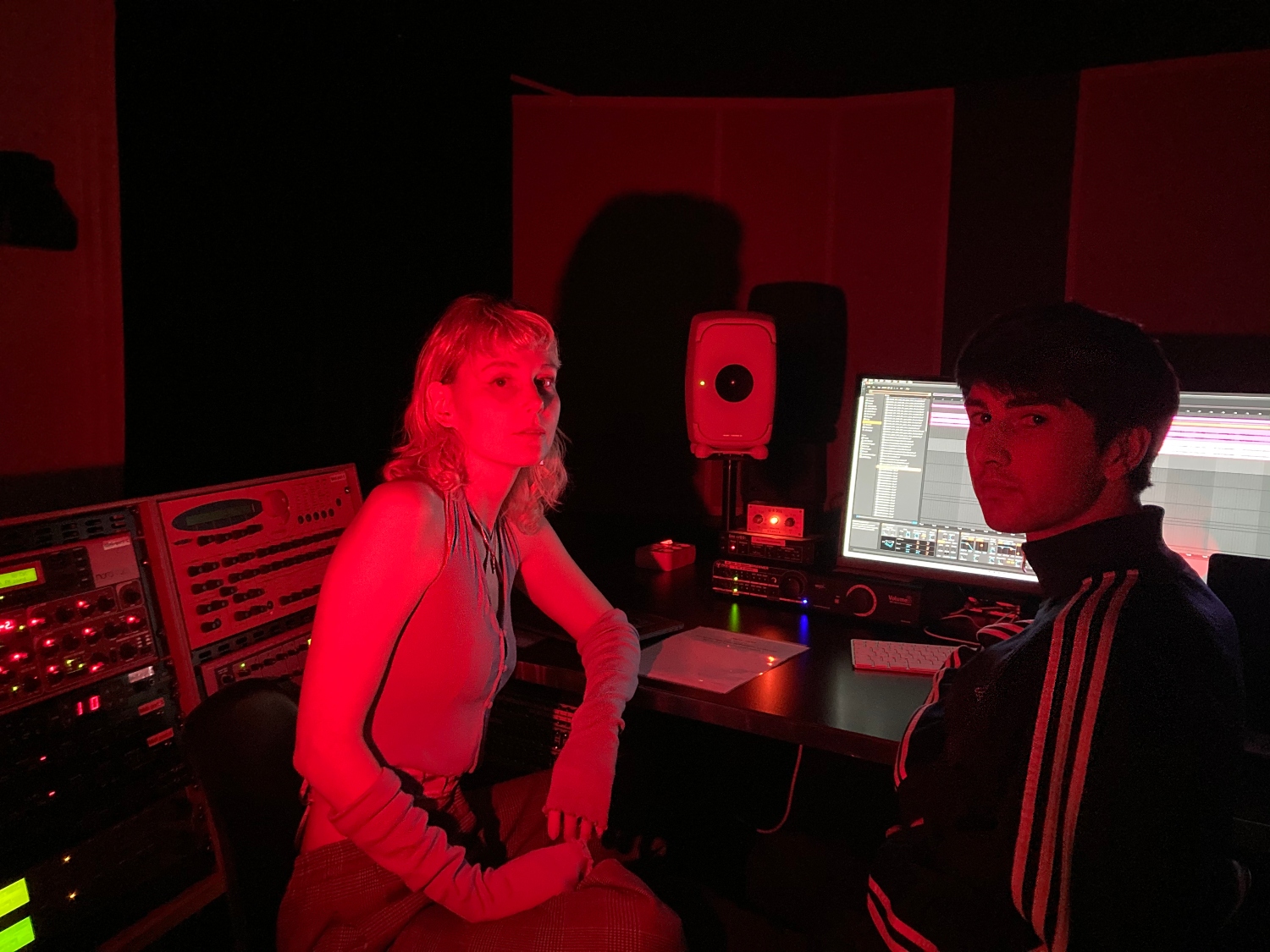 Experimental pair sweeep and Sace / Silent Boy released their latest single, ‘burn down my mind’, on the 6th of May via Secret Souls imprint.

The single is the first to be relieved of a collaborative project from the label run by lo-fi royalty eevee which will feature several fascinating artists. The project has already been supported by Metal Magazine. Stockholm-born Berlin-based sweeep is known for her interesting works and has received support from The Line Of Best Fit, CLASH Magazine, Red Bull, Inverted-audio and Future Mag publications, established Youtube channels Ambient and the_accidental_poet, Bass Nation, and Fluidified as well as appearing on BBC Radio Bristol.

Born and based in Stockholm, Sweden, we find Samuel Rogstrom operating under the sobriquets Sace as well as Silent Boy as he creates his transcendent and ethereal synths. The enigmatic artist has previously worked with vowl. and been supported by Bass Nation and Trap Nation, contributing to over 17 million plays across platforms. The producer focuses on developing a combination of trap beats with vocal sampling and dark detuned saw waves. The Silent Boy project was created to focus on the songwriting aspect of his creative pallet. A new theme among producers, creating this alter ego allowed Sace to compartmentalise his musical taste into a separate project that is a stark departure from Sace. The 2 projects collided for this release with sweeep as he is able to highlight his abilities as a producer as well as a songwriter and vocalist.

Swedish producer sweeep is known for her ethereal soundscapes and her style has evolved over the last few years focusing on the ambient aspects of her signature sound, combined with reverberant vocals. Her dark atmospheric world has collided with her Swedish collaborator, Sace, and is making her debut as a singer on their forthcoming single, ‘burn down my mind’, a collaboration which calls to mind the likes of  Lorn, CHVRN, Shlohmo, and Clams Casino. With his alter ego, Silent Boy, acting as the male vocalist in the track, their duet is in the slow tempo with drawn-out atmospheres but with a focus on their songwriting and chorus which takes the spotlight.

Sace tells us about the creation of the single: “sweeep and I sat in front of her computer while I was playing random demos from my phone. Eventually, we made the beat to ’burn down my mind’ from a pad demo that I had made earlier that day before meeting up. We both had decided to record vocals over the beat which we did and it really worked out well.”

Secret Souls was founded by Dutch producer and DJ eevee in 2019, as a means of sharing her love of music. sweeep coincidentally was the first artist to release on Secret Souls in 2019 which set the tone for the label. The label head, eevee, wanted a medium to share her favourite music as well as highlight different ambient and lo-fi tracks that have been glossed over in the electronic music community. Fans of the Dutch lo-fi producer have been receptive to discovering these smaller artists who share a similar vibe as her and Secret Souls becomes a go-to place to search for mellow and relaxing music.