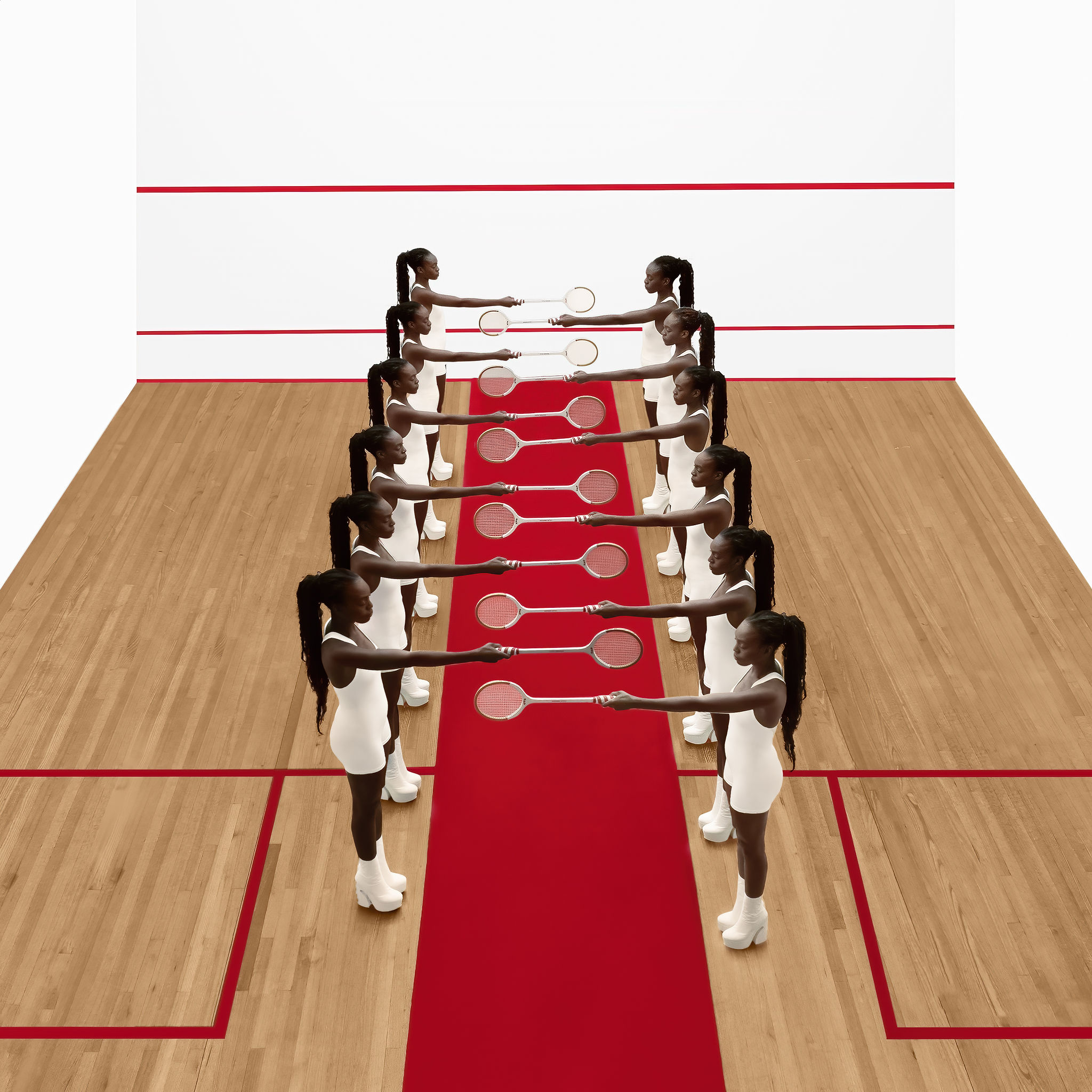 Award-winning Australian Photographer, Brad Walls who now resides in New York, has released a new series titled ‘Vacant’. Drawing inspiration from his fascination with surrealism and geometric art, audiences are invited to experience his second conceptual art series from above.

Walls, widely known for his ‘Pools From Above’ series, first set his sights on creating “Vacant” after visiting a squash court he used to play at in high school. Intrigued by the vast empty space & linework of the court, he was hooked – “As an artist you are trying to push your work to the next level, finding the new scenes, testing the limits. A 20 square metre box using a drone was the next challenge. I was bound to crash.” 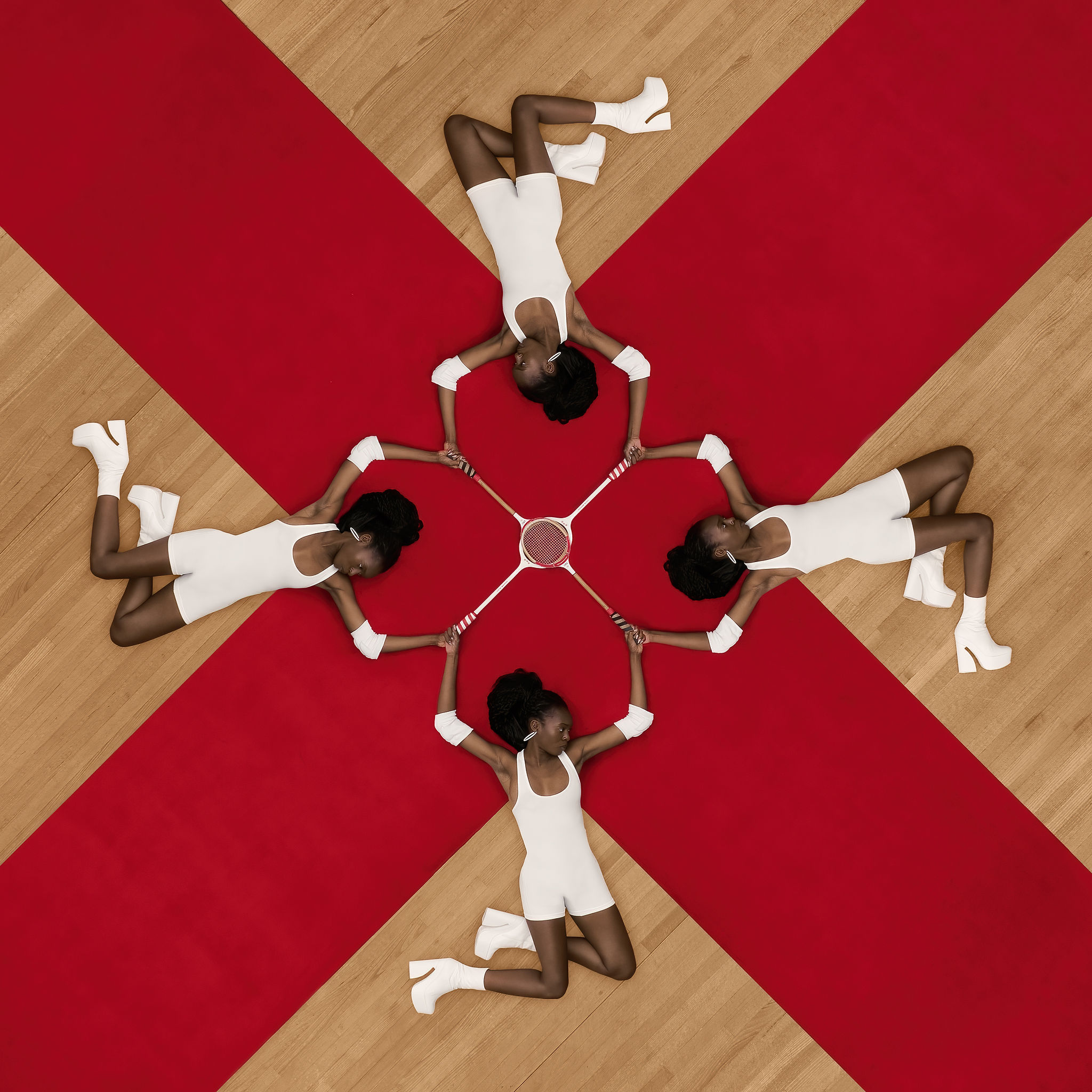 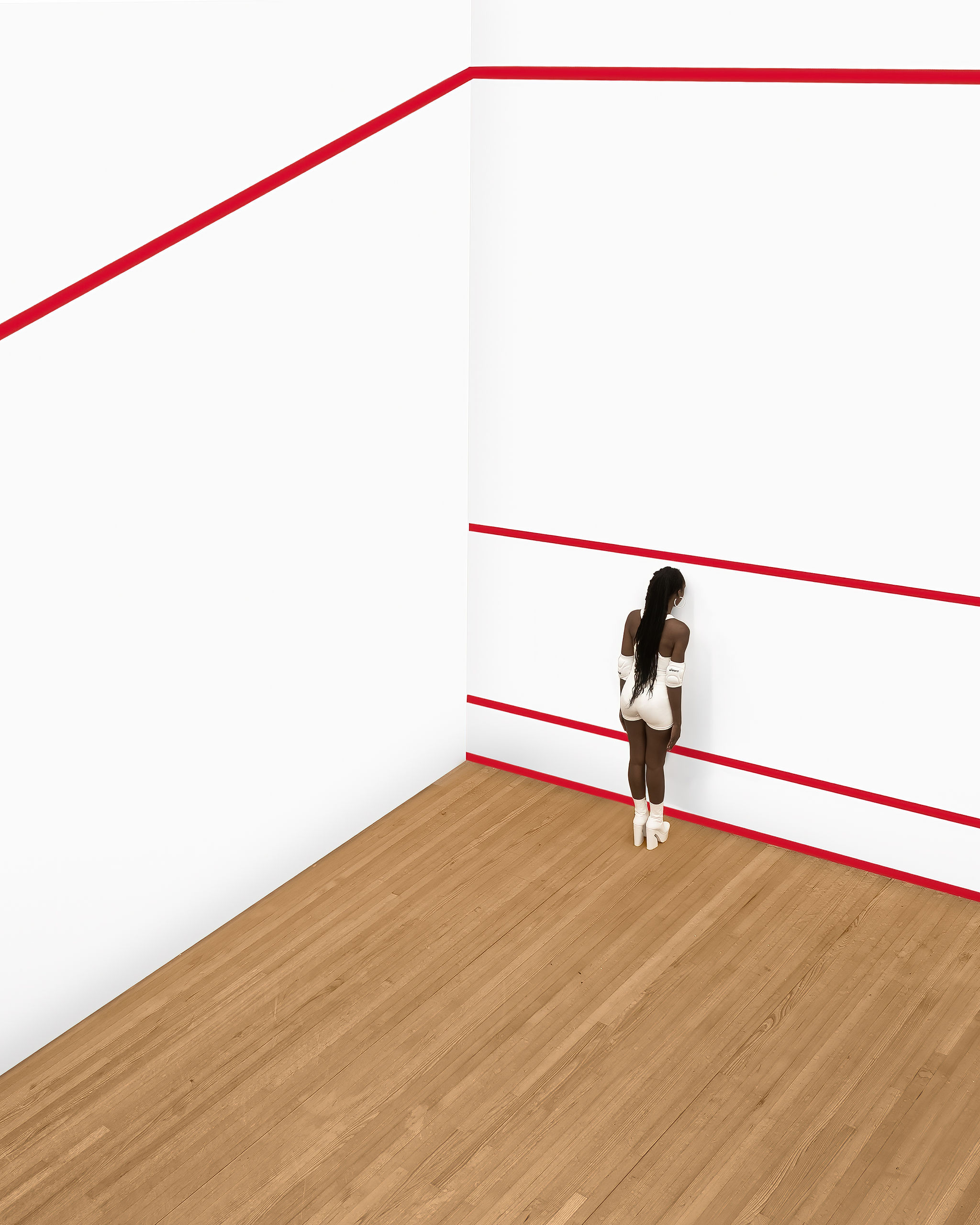 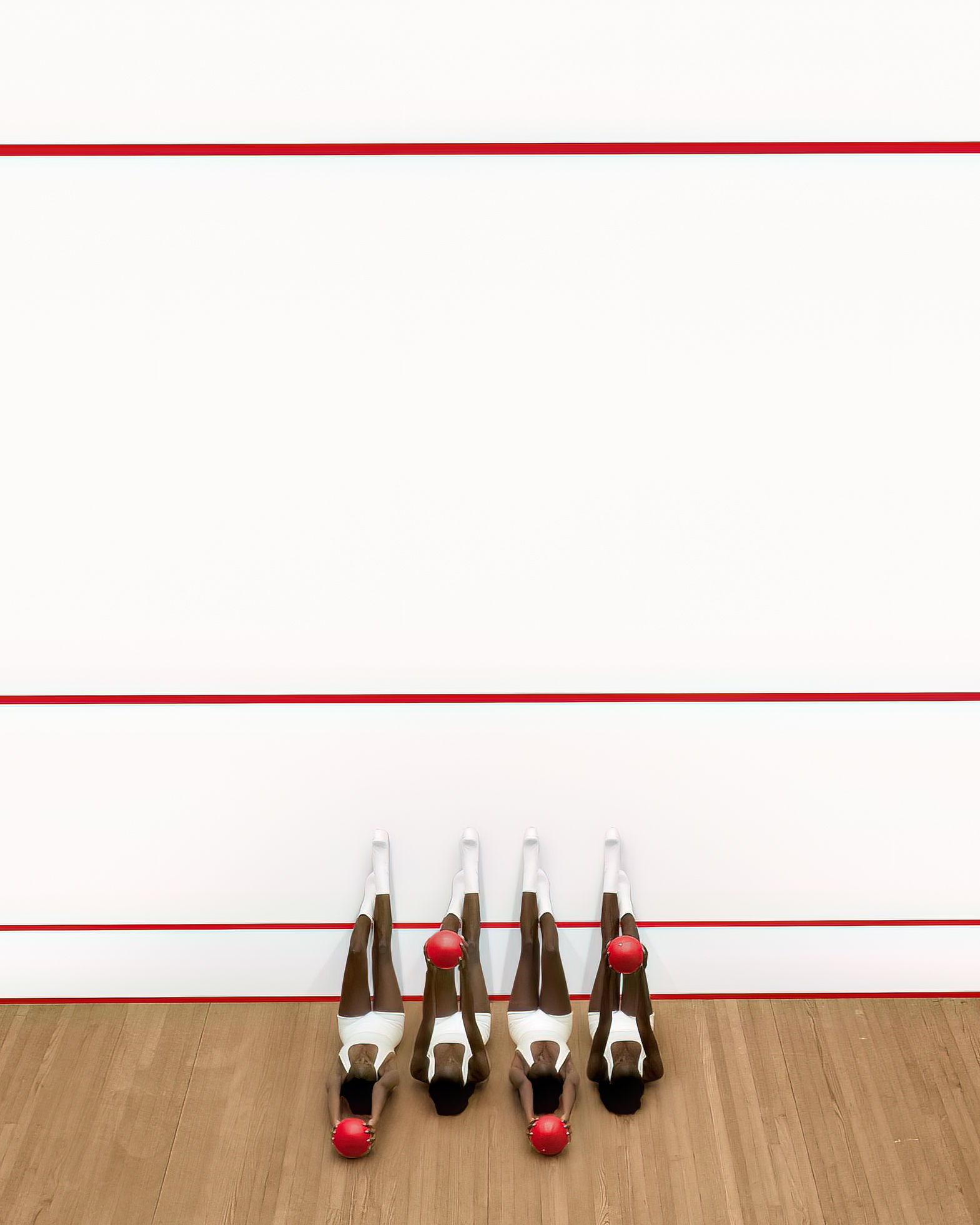 In creating ‘Vacant’, Walls set out to create a pure, clinical, retrofuturistic theme, using white and pops of red as he states “To combat the claustrophobic nature of a squash court, I filled the space with as much white as possible, including the models wardrobe to avoid the scenes becoming too ‘boxed in’. The futuro wardrobe is used to contrast against the 80’s retro nature of the squash court as Walls states “I’ve always enjoyed Retrofuturism, the tension between the future and the past is intriguing. Movies like Gattaca, Blade Runner and Beyond the Black Rainbow have been pivotal in my understanding of the genre”.

Like other series’, Walls employs a similar choreographic style, opting for mid-movement static poses as he explains “The movement direction is intended to be artificially detached from the environment. They tell a story, but I don’t want to give the whole story away – I like the idea of seduction within my work.”

Duplicity, symmetry of figures, and negative space is seen throughout the series – trademark compositing techniques that can be observed throughout Walls’s greater body of work. He uses such techniques to carry out his vision of subtly geometry within his work as he states “Geometry provides a hint at consistency in an ever inconsistent world. Innately, humans are drawn to it. Me, maybe more so”.

The artist has his maiden book publishing in the fall (October) named ‘Pools from Above’; it can be pre-ordered from all major bookstores worldwide today.