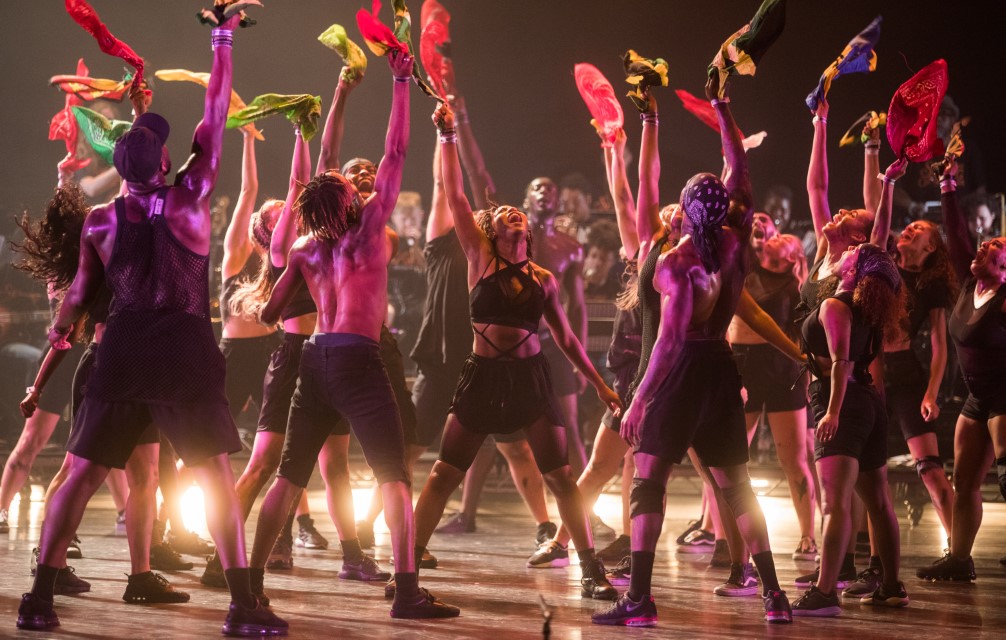 Curated by the next generation of young creatives, Hackney Empire Young Producers, aged 14-21, bring a weekend of pure talent and energy to River Stage. Marking the 120th anniversary of Hackney Empire with an exciting line-up of emerging artists, celebrating youth culture, from Friday 29 to Sunday 31 July.

Kicking off with a series of dance performances, ranging from hip-hop to street, Friday night promises to have audiences on their feet. Featuring Skadeuces Schools of Arts, Lit Youth, Movement Factory and Boy Blue with barrier-breaking community performances that proudly promote unity and positivity. The evening continues with a special takeover presented by Scully, founder of No Signal radio station, starring London’s best underground talent, and who will also return as this weekend’s host.

On Saturday, the Young Producers introduce some of the capital’s most exciting emerging artists in an afternoon of live performances, including an epic setlist from ADP live, ahead of their main show at Hackney Empire in August. Join BAC Beatbox Academy for a music workshop or play Generation Gameshow Cabaret to be crowned the best generation in an interactive and high-energy quiz from Elevate East. The musical madness continues with Hackney’s biggest and most exciting talent show, Alter Ego, headlined by previous winner Jermain Jackman. Seeing the night out, two brilliant headliners Yigaa and Shocka take the stage, then wind the night away with female-fronted local collective, GIRLSofGRIME, bringing the freshest DJ beats.

Get involved on Sunday with a wellness-based live art performance from Jadorekid, featuring his Jadoodle characters. Meet rising poetry stars capturing the lyrical beauty of words, with a special headline performance from award-winning poet, Yomi Sode. Finally, listen to the sing-off to end all sing-offs at Choirs Collide, where Hackney Borough Youth Choir, Haringey Vox and Hackney Empire Community Choir engage in an intergenerational closing ceremony.

Behind the scenes, the River Stage team is joined by the National Theatre Young Technicians in the delivery of this weekend’s performances. The Young Technicians will be working with the NT’s production team to operate lighting, sound and video and manage the stage across the weekend. Launched in 2017, Young Technicians is the NT’s flagship technical training programme for young people aged 14-18, offering in-depth training and practical skills development for free to young people from groups currently underrepresented in the technical theatre industries.

Amidst the activities, guests will have a world of food and drink options at the tip of their fingers, with KERB markets also set up along the river. Their street food slinging heroes include; show-stopping venison burger and skin on chips from Gamekeeper, Lebanese wraps and snacks from Lil Watan, steak and rosemary fries from the almighty STAKEhaus and Milk Tree will be whipping up their ice cold gelato, an essential this summer. Or if you fancy a birds eye view of all the River Stage action, book a table at Bob’s Lobster bar & restaurant up on the National Theatre Terrace, serving up seafood including their signature lobster rolls, alongside a drinks menu of cocktails, wine, bubbles and more. Not forgetting The Understudy, one of London’s favourite theatre bars, also serving up tacos from Dos Mas and the finest Nashville hot chicken from Lucky’s! You can find out more about KERB at the National Theatre here.

National Theatre’s River Stage festival returns to the South Bank this summer with a fantastic free summer programme. Over five weekends, from Friday 15 July to Sunday 14 August, leading arts and culture organisations from London and beyond will take over the stage – including an unmissable line-up of performances from drag artists, dance companies, music, comedy, spoken word and more. This year’s River Stage partners include The Glory, HOME Manchester, Hackney Empire Young Producers, Hofesh Shechter Company and the National Theatre.