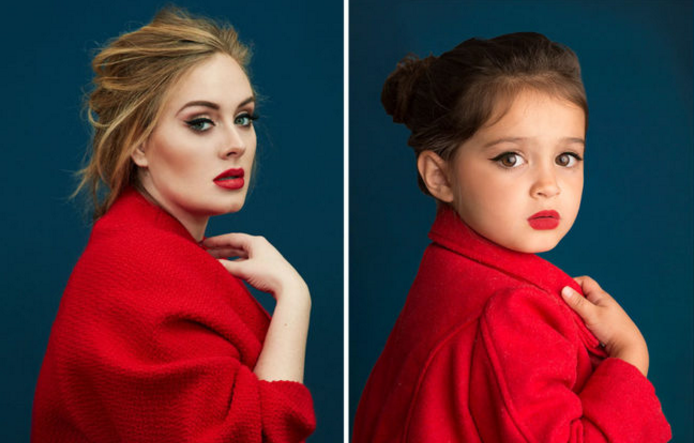 When Scout’s grandmother, her ‘Nonnie,’ was diagnosed with breast cancer, Scouts mother decided this project was the perfect way to show Scout that woman are fighters!

It’s not just photos, either. Scout’s mother made a list of people and then proceeded to talk a bit about each person, teaching Scout more about these woman and letting her become them, not just in looks but in knowledge and personality.

Scout also had some input, of course. She chose some of her own heroes, such as Ellen. As well as her favourite Disney princess, Moana!

They worked on the project for almost a year, through the diagnoses, treatment and surgery.

Despite some improvements after six rounds of intense Chemotherapy, Nonnie required a double mastectomy. Scout’s mother describes the hard time:

‘Scout was learning first hand to never give up and to keep your strength. Every time she got worried for her Nonnie and sad, these shoots reminded her to be strong for her. We even planned to make a picture-book at the end of it all.’

Scout’s mother describes all the hard work as ‘100% worth it.’

‘The moments Scout would show her grandmother the latest shoot were always priceless.’

Her mother confesses that Scout wasn’t the only one to learn from the experience, but said herself and Nonnie did as well. She describes it as an important lesson for the whole family.

‘My fingers are crossed that by the time she’s old enough to understand the strength she’s portraying- women won’t be seen as delicate and dainty anymore, anyway. And I hope that when Scout looks back on this, she is proud of who she is and who she will become.’

‘Although Scout has emulated so many amazing people, I fiercely encourage her to become exactly the person she wants to be. No matter what, I think she’s amazing.’

And in case you were wondering, Nonnie is completely cancer-free! She got in on the photos too, and is Scout’s biggest hero and role model of them all. 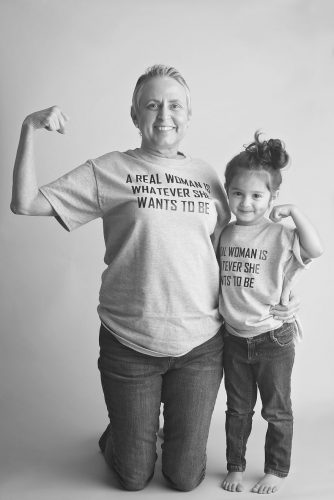