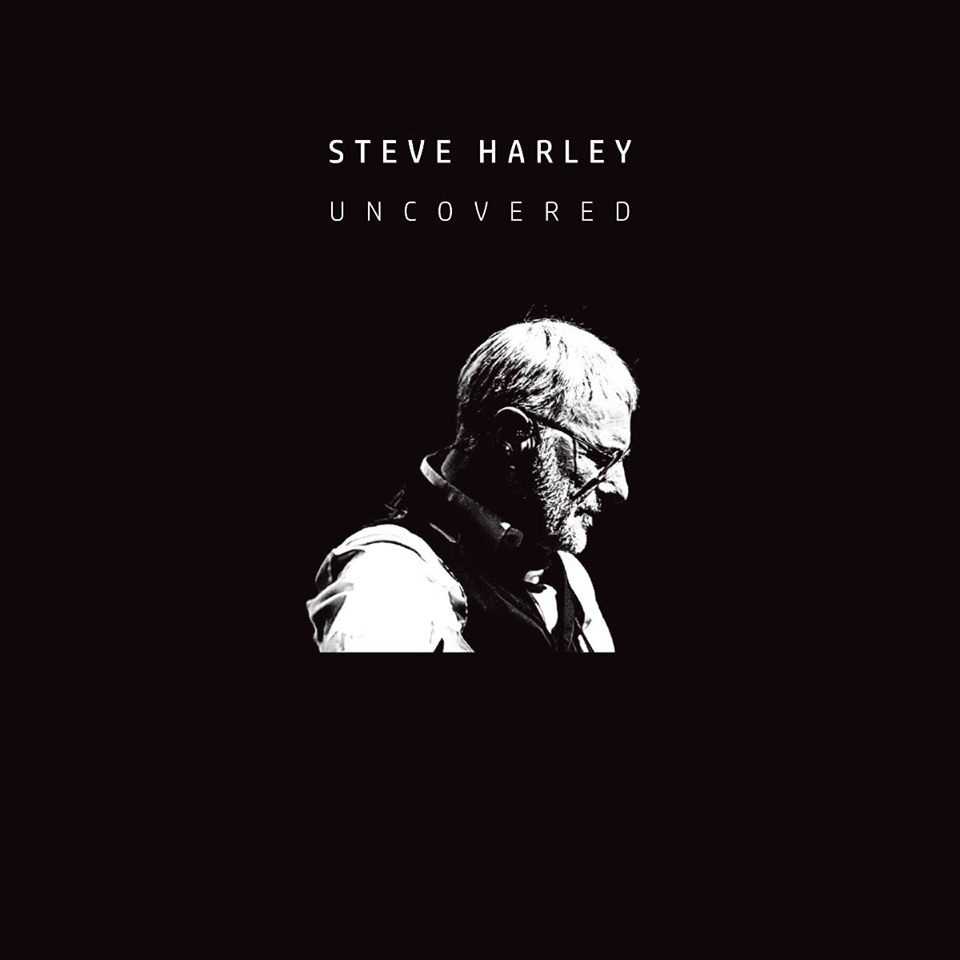 Steve Harley is legendary singer and songwriter, best known as frontman of the rock group Cockney Rebel. 2020 will see the release of a very special album from the newly inaugurated Steve Harley Acoustic Band.  “Uncovered” includes interpretations of nine painstakingly chosen songs created in many instances by peers and contemporaries of Steve, those with shared histories and some that he admired from afar.

VP: Make Me Smile (Come Up and See Me) is your most famous song. You said it was about ‘The guy that walked away’ what does that mean?

SH: They left me in the lurch didn’t they? That was my way of getting it off my chest. I was saying: ‘You’ve done it all. You’ve broken every code. ‘ If you look into it, it makes perfect sense.

VP: It was the ‘metal’ that was the money!

VP: How did you go about writing it? Did it come to you in a dream? Or did it come all at once?

SH: These things don’t usually come in a dream, Paul McCartney says he wrote ‘Yesterday’ in his sleep. (laughs) it doesn’t happen often, no. As it’s hard work, but umm they gave me a plot, so I wasn’t working from a blank canvas anymore, I now had a subject matter and the tune I don’t remember, it was faux blues when I first wrote it. It was quite a slow bluesy kind of approach and we sped it up and made it quicker in the in the studio. Then it was an afterthought to play it as this mid-tempo back beat, to be honest.

VP: Okay so it all just sped up and that just changed the whole thing.

SH: Yeah it just changed everything when we sped it up yeah.

VP: It’s funny coz Barry Manilow was on the other day talking about ‘Mandy’ and that it was originally called ‘Brandy’ when he’d been drinking. He just changed ‘Brandy’ to ‘Mandy.’ So that’s how it happens sometimes, isn’t it?

SH: Yes I was talking about ‘Yesterday’ and wasn’t that originally called ‘Liquorice?’

VP: I thought he called it ‘Scrambled Eggs?’ Hasn’t she got such lovely legs?

VP: (Laughs) It’s funny how it just sort of comes out of nowhere, it starts off as something and then you can just speed it up and it just changes the whole thing. ‘Mr Soft’ that’s also another fantastic song. That popped up on an advert. How do you feel about your music being used in advertising? I know it’s ‘Kerching’

SH: If it’s been used it’s because I have allowed it to be used. I have the veto on these things it’s quite clear on my contract that they can’t let it go anywhere without running it by me. So I know about every use that it gets. We turned down quite a lot of offers especially about ‘Make me Smile’ if we think it doesn’t quite fit in with my own beliefs.

VP: How did that song come about? I love that song. A surreal song.

SH: No idea I can’t say. Things that you have created forty-five years ago. It’s gone. Now the question is does it have legs? When we go on stage does it stand the test of time? Or does it sound dated? That’s what matters. I make sure ‘Mr Soft’ doesn’t sound dated because we play it with quite a different swing to the original we play it a little bit like a ‘Be-Bop’ instead of (sings) ‘Fmoff Fmoff Fmoff.’ That plodding. It’s now ‘Inchakaka InChakaka InChakaka’ which is much more exciting and and people dance to it. So no one seems to mind me changing it slightly.

VP: It’s interesting with songs. They don’t have to have that meaning to have an impact. David Bowie used to cut up the pieces of paper and just throw it all down. Or maybe that was Lou Reed?

SH: Yes Bowie. He said he did that.

VP That’s right it doesn’t have to have deep meaning. The words make you feel something anyway.

SH: Yes but my new album (Uncovered) has only got two of my own songs on it. People keep thinking I have dried up and can’t write anymore, you go through long periods. I wouldn’t write songs like the ones you are talking about anymore. Because I was a very young man and had a very different approach to life with a different view and I was prepared to take risks that I don’t take anymore. For some reason, as you get older you just sort of mellow and everything. So I am writing all the time but didn’t fancy making a whole album of new songs. So I have made an album of other Just two of mine and nine of other peoples.

VP: The single release is ‘I’ve Just Seen a Face’ What does this song mean to you?

SH: ‘McCartney’ can write a great lyric. If you listen to a lot of his songs from ‘The Beatles’ like ‘Paperback Writer’ ‘Lady Madonna’ there are so many, pure ‘McCartney’ no ‘Lennon’ in there at all. He can write great narratives ‘I’ve Just Seen a Face.’ It’s great it’s a story about chance and serendipity. He’s in love at that moment with Jane Asher. He says ‘How lucky I am that you are here and I am here and this is happening. Had it been another day I might have looked the other way and I would never have been aware, but as it is I will dream of her tonight.’

It’s celebratory and he is celebrating the serendipity of them coming together right time right place and its’s destiny. It’s just wonderful. A joy to sing. I have done it. I hope Paul likes it! We have sent it to him we hope he likes it, it swings and I have sung it with all the understanding that I could muster.

SH: She’s great. When she said yes we asked her if she would do a duet with me she jumped at it thankfully and it’s great. She sings a duet with me on a traditional song from two centuries ago from Canada Newfoundland. It’s called ‘Star of Belle Isle’ she sings that with me and it’s wonderful to team up with someone of her calibre.

VP: Yes and finally talking about the upcoming tour whereabouts are you playing and what else do you have coming up this year?

SH: Whereabouts! Crikey! Everywhere! From Falkirk to St Ives! Go onto my website look at the ‘live dates’ and there they all are! It’s getting longer and longer! Yes, the whole country and then we are going around Holland, Belgium, Denmark and later I think I am going to Australia for ten shows in November. Anywhere that will have us will take this touring band. The tour starts on the same day that ‘Uncovered’ is released which is February the 21st. We go out as ‘Steve Harley and Cockney Rebel’ through the summer we are doing lots of festivals they are getting added as we go along as well. A good life!

VP: It’s a wonderful life and long may you continue!

SH: Bless you that’s really kind. It’s been really nice talking to you.